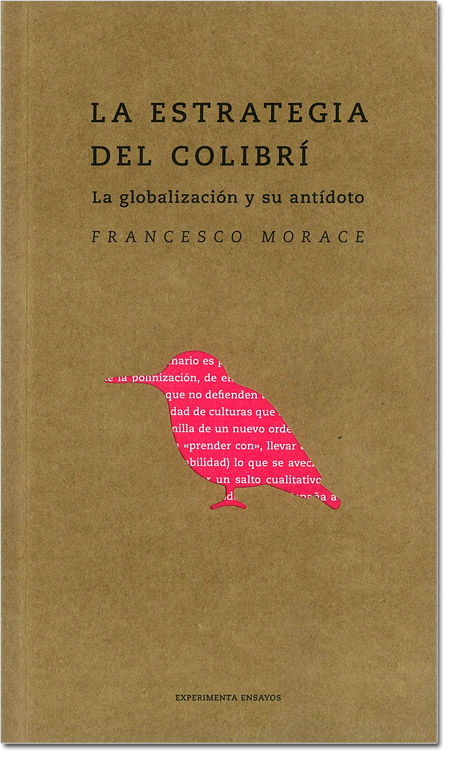 The book La Estrategia del Colibri (The Hummingbird Strategy) represents the result of the Genius Loci work, offering a new approach towards the theme of Globalization: a scenario in which is necessary to introduce and evaluate the pollination variable, the vital creation of ideas and the experiences that do not have to defend their origins, but express the fertility of cultures, understood as “cultivation” that hold the fruits of a new civilization.
La Estrategia del Colibri, more a manifestation of thoughts than a book, was written by Francesco Morace after the dramatic facts that took place during the Genova G8 summit in July 2001, and was completed after the collapse of the WTC Twin Towers, September 11th.
The ideas and the suggestions emerging, have the aim to render more vital and incisive an otherwise historically dramatic moment, difficult to be interpreted. The book becomes therefore a collection of stimuli for the people, companies and associations that consider this moment an unrepeatable occasion for their social growth and recognise within the Porto Alegre Movement, including the people involved, the proposals made but also in its inevitable errors, a spark that can activate a profound awareness of the world.
The book La Estrategia del Colibri is an invitation to let the hummingbirds fly between us. An invitation so that they can pollinate our lives and thoughts, with their prodigious 100 per second fluttering of wings.