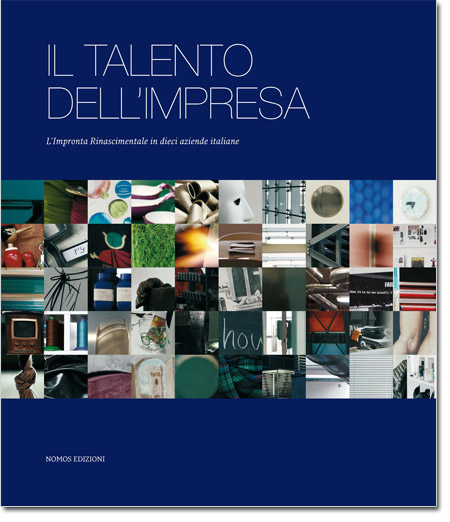 Il Talento dell’Impresa is the result of research carried out on 10 Italian companies that a group of researchers from the Association The Renaissance Link identified as representative of the renaissance footprint: a way of doing business that follows the values and passion of creating, of a respect for harmony and a sense of beauty, of an attention to the territory in which they operate, of an enlightened leadership that pays attention to the cultural aspects of creating and producing, resorting to the use of the most diverse talent in the finished product. All those values, that were born in the renaissance and that were then taken up and cultivated in the greatest period of Italian design following World War II.

The Association The Renaissance Link listed these values in its manifesto, collecting up those that share this vision of reality and the way of doing business.

The analysis of the body and souls of the selected companies was carried out through the use of a variety of methodologies that interacting between them made the qualitative research almost anthropological: In this research the photography played a fundamental role, integrating it with sociological analysis, proposing a reflection on the trends and the difficult legacy that comes from the history of our country and so bringing significant added value to the research. In the representation of the reality of Italian production, that Il Talento dell’Impresa returns, The photography in this way has begun to construct a new visual alphabet that is able to codify and communicate a renewed aesthetic of work, without being limited to a mere “illusion” of contents.