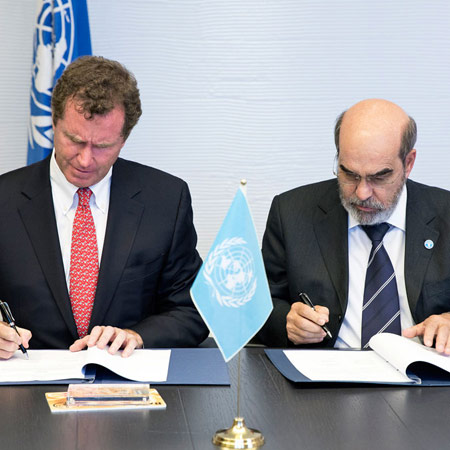 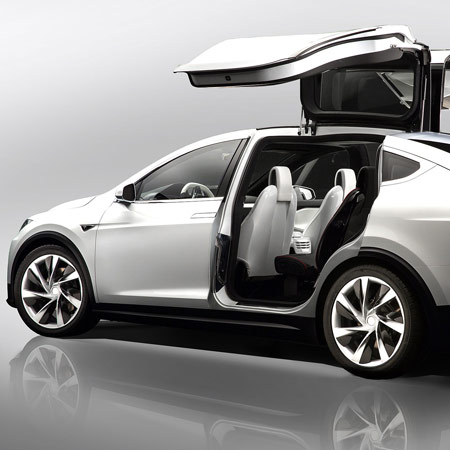 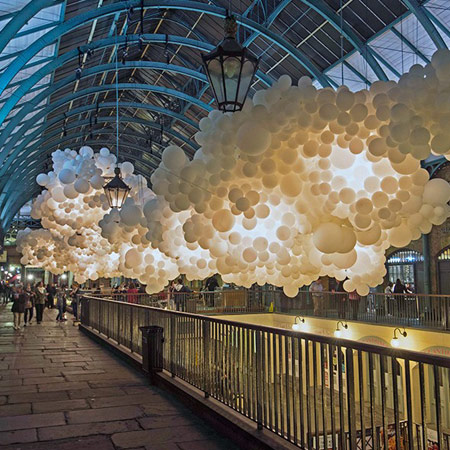 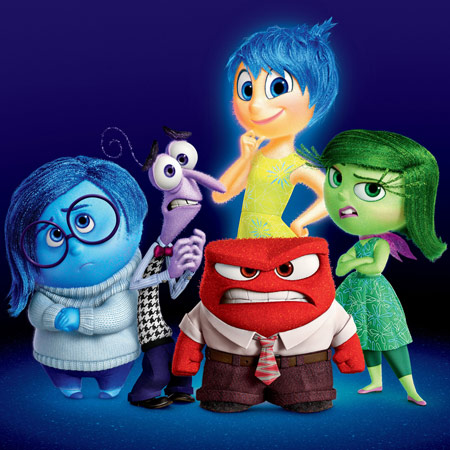 Inside Out by Pete Docter and Ronnie Del Carmen 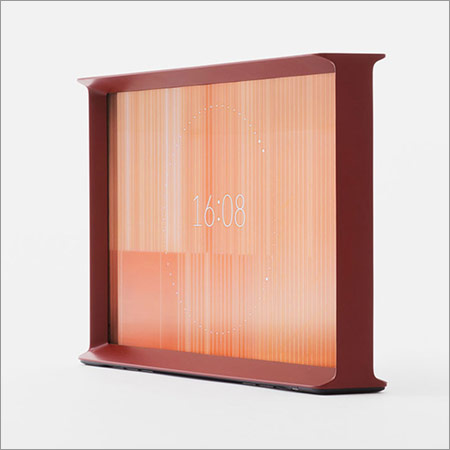 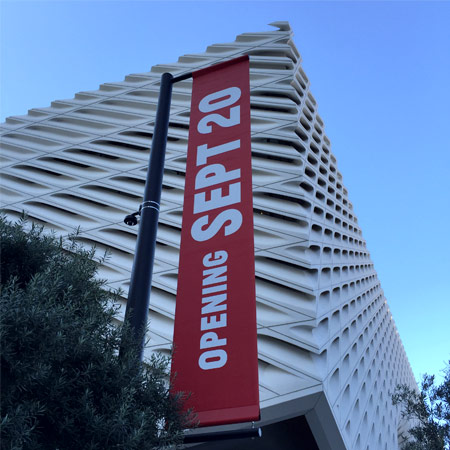 The Broad – Los Angeles
On September 20th, The Broad opens to the public: a snazzy new museum of contemporary art in downtown Los Angeles, right across the street from the MOCA (Museum of Contemporary Art) and in a short distance from Walt Disney Concert Hall. The Diller Scofidio + Renfro designed space features over 2000 works of art from the private collection of Eli and Edythe Broad. The building, by the New York firm of Diller Scofidio + Renfro, plays changes on a theme that the architects call “the veil and the vault”, masking what amounts to a storage facility for the collection. The façade is a slewed honeycomb of concrete modules: slitlike holes set in diagonal channels, which suggest the tidy claw marks of a very large cat. 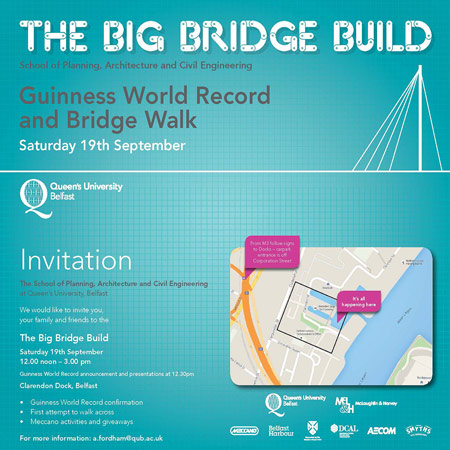 Meccano Bridge – Belfast
Belfast host a world record with a 100ft bridge made from Meccano. A Guinness World Records official confirmed it has set a record for the world’s largest Meccano construction. The bridge over Clarendon Dock was built by a group of third year civil engineering students and school children. A total of 11,000 pieces of lightweight metal went in to the span across part of the River Lagan. Academics underline the visionary and formative importance of the project: “We are basically training young people, training them to think, training them to dream, but dreaming alone is simply not good enough, you have to take the thing to another stage, you have to deliver at the end of the day.”; “What you are investing in is the future of our society, without education, without training young people, without exploiting their talents we simply will not have the structures that we have. 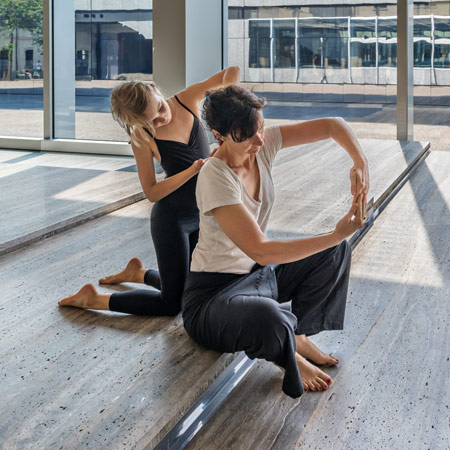 Atlante del gesto by Virgilio Sieni – Fondazione Prada – Milan
For its new Milan venue, Fondazione Prada in Milan presents Atlante del gesto, a series of choreographic actions conceived by Virgilio Sieni, one of the most representative dancers and choreographers in the European scene. He is the Director of the Dance Sector of the Biennale di Venezia and of Cango, the Florence-based body language and dance production center. Atlante del gesto is the first performing arts project to be hosted by Fondazione Prada with the intention of expanding the range of knowledge and exploring other instruments of research beyond visual arts. The project unfolds both in the external and internal spaces of the architectural complex designed by Rem Koolhaas and is articulated in the presentation of choreographic cycles, research phases and screenings. Each of these occasions is free and open to the visitors that can move in the spaces occupied by performers to define their own personal drama, their own “take” on the actions comprised in the Atlante. 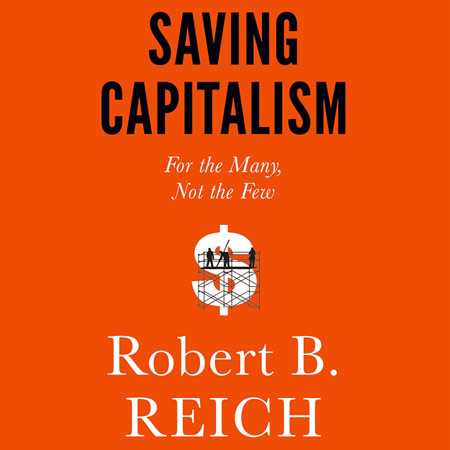 Saving Capitalism: For the Many, Not the Few, by Robert B. Reich
From the author of Aftershock and The Work of Nations, his most important book to date – Saving Capitalism – a myth-shattering breakdown of how the economic system that helped make America so strong is now failing us, and what it will take to fix it. Perhaps no one is better acquainted with the intersection of economics and politics than, and now he reveals how power and influence have created a new American oligarchy, a shrinking middle class, and the greatest income inequality and wealth disparity in eighty years. He makes clear how centrally problematic our veneration of the “free market” is, and how it has masked the power of moneyed interests to tilt the market to their benefit. Reich exposes the falsehoods that have been bolstered by the corruption of our democracy by huge corporations and the revolving door between Washington and Wall Street. He shows that the critical choices ahead are not about the size of government but about who government is for: that we must choose between a market organized for broadly based prosperity and one designed to deliver the most gains to the top. 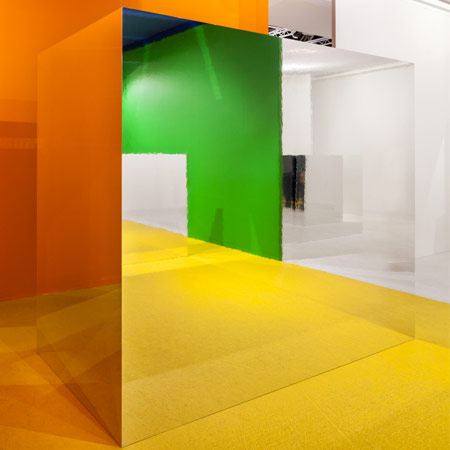 Color Block Pavilion by i29 – Amsterdam
At the annual Design Week in Amsterdam, from September 29 to October 4, the design studio i29, in collaboration with the Dutch magazine Eigen Huis & Interieur, presented the project Color Block Pavilion. In the large exhibition space in Amsterdam Rai, it was made an installation of volumes, colors and reflective surfaces that returned an amazing experience, in which the housing units and the products have been proposed for a path to be explored step by step, through a continuous game of emotional perception and multiple. The design studio i29, founded in 2002 by Jaspar Jansen and Jeroen Dellensen, has long experience in building space, including retail, in which the optical illusion and the unexpected are an integral part of the project. 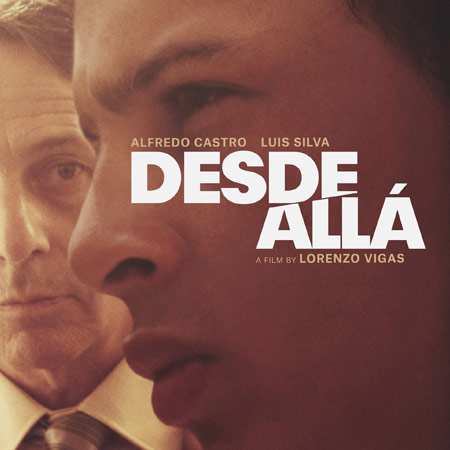 Desde Allà (From Afar) by Lorenzo Vigas – Golden Lion winner at Venice Festival
In the midst of the chaotic Caracas, the fifty Armando, the owner of a dental lab, looks young people at bus stops and offers them money to take him home. At the same time, he used to spy on a middle-aged man, knowing where he lives and what he does, as if they shared something in the past. One day, Armando brings eighteen Elder, head of a small group of young offenders, at his home. The meeting will be born a relationship that will forever change the rest of their lives. Now turned into a frenzy now reflective and thoughtful, Desde Allà marks the debut of an interesting author, it is astounding, as follows from afar its protagonists never overload them , despite the constant shadowing. 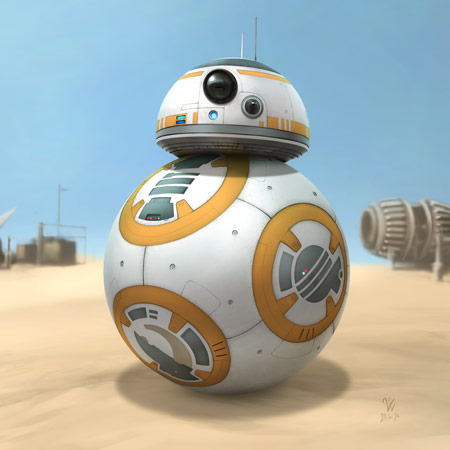 BB-8 droid by Sphero
Back when Disney released the first trailer to Star Wars: The Force Awakens, one of the characters that caught most people’s eye was BB-8. And for good reason: it’s an adorable rolling droid. Now, Disney is bringing it to everyone through Sphero, the company known for its connected robotic toys. Meet BB-8 by Sphero, a toy version of the ball-shaped personality you’ll see in the next Star Wars episode, which opens in theaters December 18th. Although this droid comes on a smaller scale than the prop introduced at the Star Wars Celebration a few months ago, it is as close to the real thing as you’re going to get. Best of all, it is arguably one of the best (and cutest) Star Wars toys to date – and that’s saying a lot. 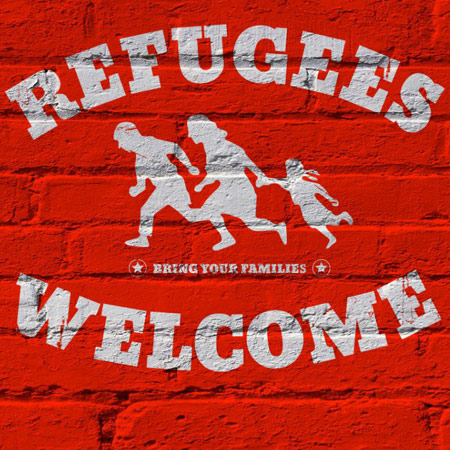 Refugees Welcome – The Airbnb for refugees – Berlin
A German group which matchmakes citizens willing to share their homes with refugees said it had been overwhelmed by offers of support, with plans in the works for similar schemes in other European countries. The Berlin-based Refugees Welcome, which has been described as an “Airbnb for refugees”, has helped people fleeing from Afghanistan, Burkina Faso, Mali, Nigeria, Pakistan, Somalia and Syria.More than 780 Germans have signed up to the Refugees Welcome website and 26 people have been placed in private homes so far. Two of the site’s founders, Jonas Kakoschke, 31, and Mareike Geiling, 28, live with 39-year-old Bakari, a refugee from Mali, whom they are helping with German classes while he waits for a work permit. A spokesman said the project’s growing success has now led to offers of help to set up similar schemes in other EU countries, including Greece, Portugal and the UK, with a comparable project in Austria already up and running since January. 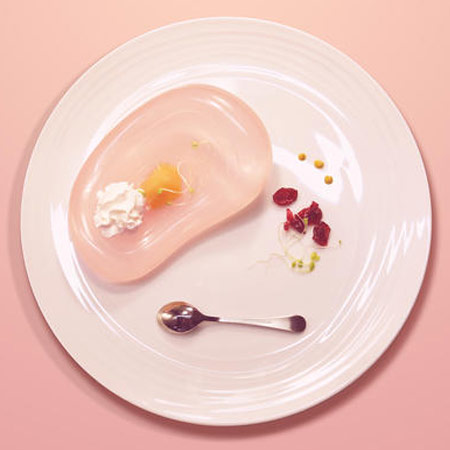 Living In A Material World exhibit by Matter London
During the London Design Festival, Matter, a new consultancy studio officially launched with Living In A Material World, a five-day exhibition and a series of talks, workshops and events, exploring the relationship between materials, creativity and the sensory world. Each day of the exhibition, from 23 to 27 September 2015, is being themed around one of the five senses. Matter studio proposes an innovative research approach and declared purpose to shed light on the often-hidden processes that drive the creative industry. 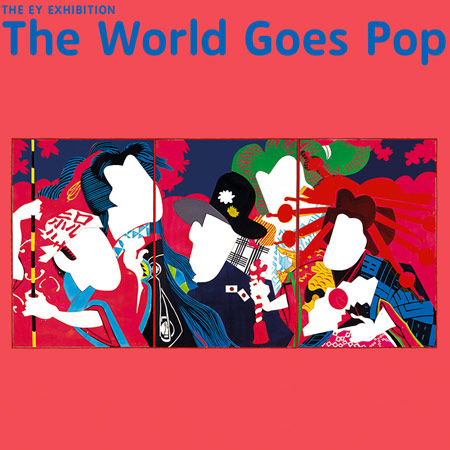 The World Goes Pop exhibit – Tate Modern – London
The Tate Modern in London, with the exhibition The World Goes Pop celebrates the many faces of pop art, presenting over 200 works by artists from Latin America to This show isn’t about the pop art people generally knows, it’s about the pop art that escaped the history books. And it certainly packs a punch. It’s fun, engaging, colourful, revelatory, opinionated, racy and stunning. Most importantly the show illuminates how pop wasn’t confined to Andy Warhol’s Factory in New York or Richard Hamilton’s studio in London – it was a phenomenon that reached much further, practiced by artists in Peru, Israel, Argentina, Japan, Brazil and Eastern Europe. The exhibition project aims to re-educates us on a movement that really reached out to embrace us – and continues to do so.