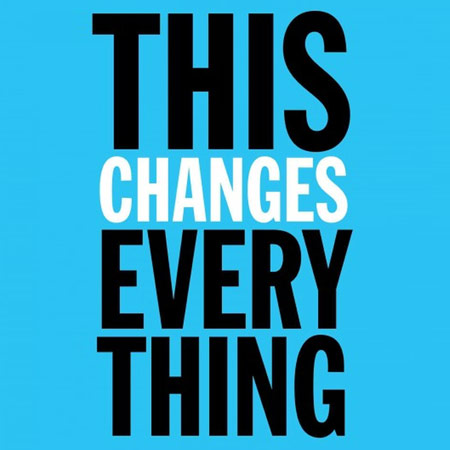 This Changes Everything by Naomi Klein 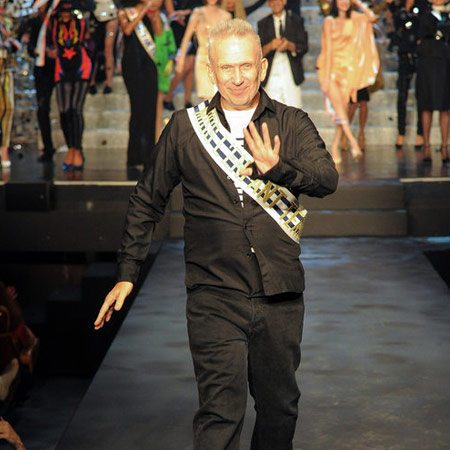 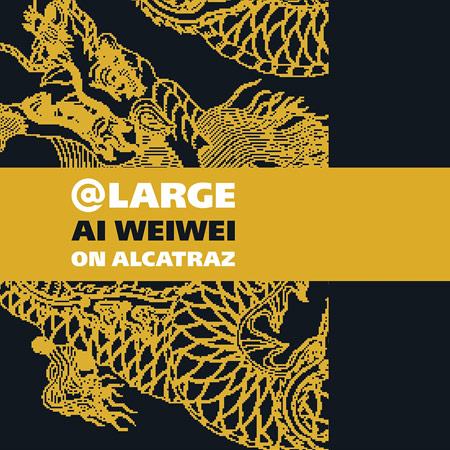 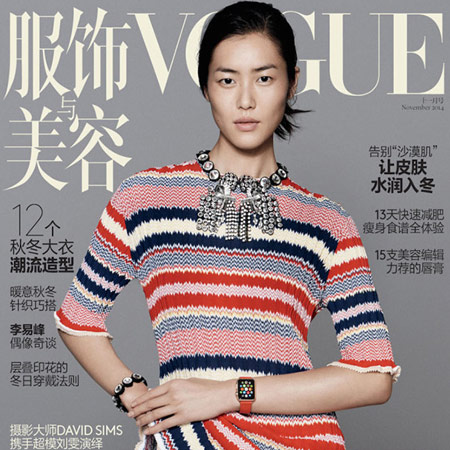 Apple Watch will feature on the cover of Vogue China 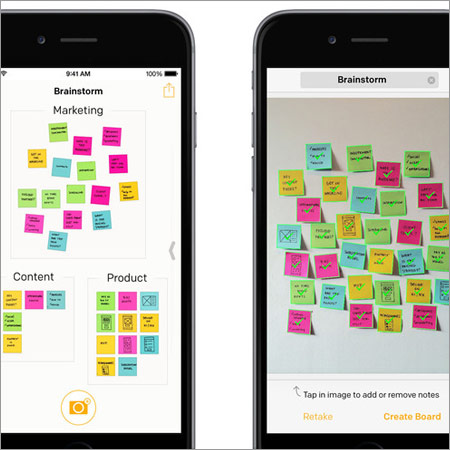 Post-it Plus App by 3M 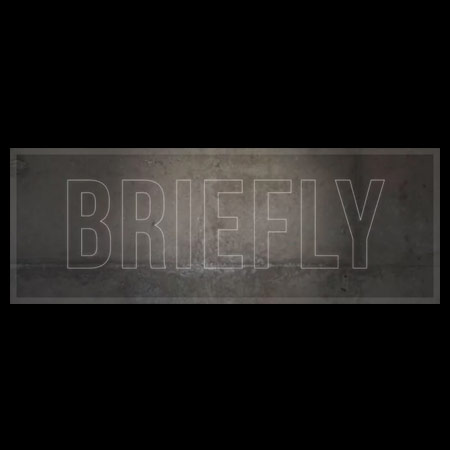 Briefly by Tom Bassett
“Every project starts with a brief. But very few projects end up with exceptional results. Why?”.This simple question is at the origin of Briefly, a short documentary born from an idea of Tom Bassett, CEO of Bassett & Partners, a firm that creates briefs and organizes projects in different creative fields, such as Advertising, Design, and Innovation in general. The interviews include Frank Gehry (Founder of Gehry Partners), Yves Béhar (CEO fuseproject), Maira Kalman (Illustrator), John C Jay (President at GX, Partner at Wieden + Kennedy), David Rockwell (CEO Rockwell Group), and John Boiler (CEO 72andSunny). This unique view on design is a rare opportunity to understand how great ideas are born and how design thinking can influence innovation. 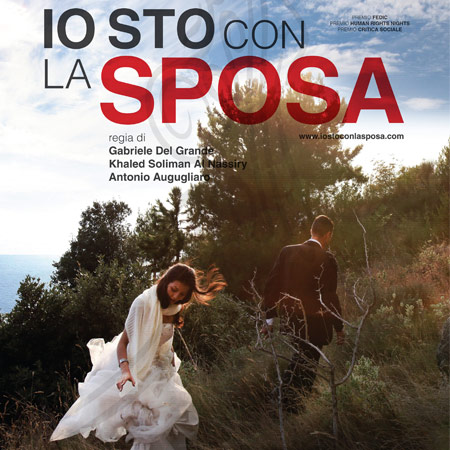 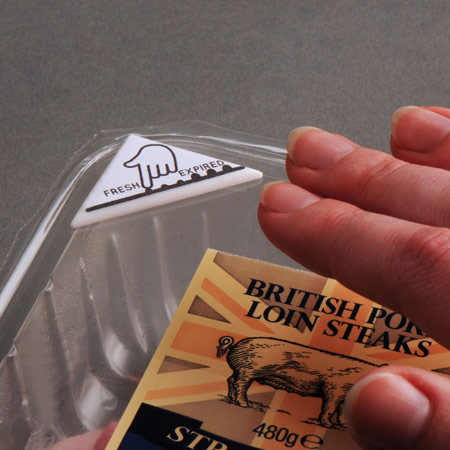 Bump Mark by Solveiga Pakstaite – United Kingdom
It is estimated by the UN food report that seven million tonnes of food is wasted in the UK each year, largely as a result of unreliable best before dates. An innovative solution to this highly criticised problem was proposed by Solveiga Pakstaite, a 23 year-old UK design graduate, who won the prestigious James Dyson Award this month. She invented a bio-reactive expiry label, known as Bump Mark, that decays at the same rate as food, and doesn’t rely on any expensive technology. Each label contains solidified gelatine that breaks down over time. As the gelatine becomes liquid, a series of bumps are exposed inside the label, altering the surface of the label that can be clearly seen and felt by a person running their fingers over the top. 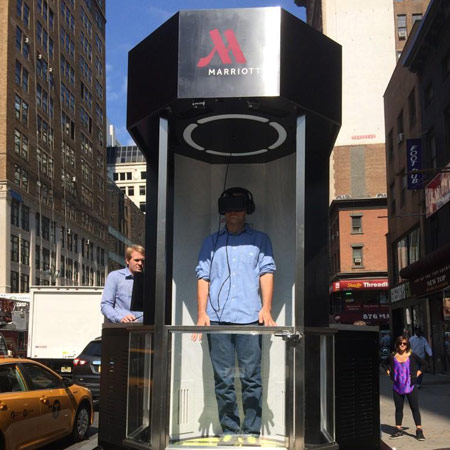 Marriott Virtual Travel Experience
Marriott Hotels has proposed a new concept of travel experience, giving clients the possibility to be “teleported” on the black sand beaches of Hawaii or the top of London’s Tower 42. On September 18, in New York, Marriott has unveiled a special booth for virtual reality tour, giving consumers a fully immersive, 4D sensory experience based in Oculus Rift technology. The brand partnered with visual effects company Framestore to create this new travel experience, one of the first premium virtual reality applications outside of the gaming and entertainment industry. Users put on a virtual headset and wireless headphones, and then were ‘teleported’ to the destination for a 100-second experience, allowed to feel sensory elements such as heat, wind and mist while “seeing” the new location in front of them. 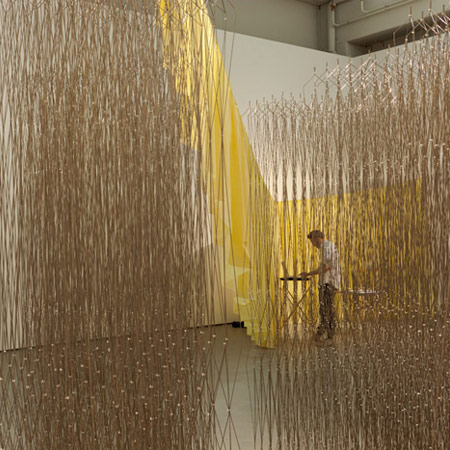 How soon is now exhibition – Galerie Judin – Berlin
How soon is now is an exhibition by 12 Berlin-based studios of architects, designers and engineers that revisits themes from the legendary “This Is Tomorrow” exhibition, held at the Whitechapel Art Gallery in London in 1956. “Given the range of contemporary social, economic and ecological issues in combination with the acceleration of technological change, we are positioned in an inclusive and complex time.” say the organizers. Through works and installations, the exhibition illustrates the sensitivity and contemporary needs, opening thoughts and assumptions about the future. 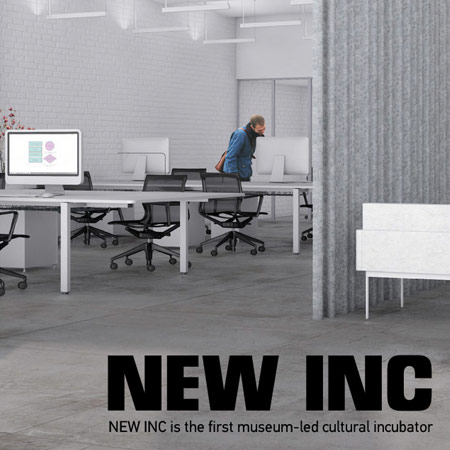 NEW INC – New York
NEW INC is the first museum-led incubator. It is a shared workspace and professional development program designed to support creative practitioners working in the areas of art, technology, and design. Conceived by the New Museum New York, the incubator is a not-for-profit platform that furthers the Museum’s ongoing commitment to new art and new ideas. NEW INC will provide a collaborative space for a highly selective, interdisciplinary community of one hundred members to investigate new ideas and develop a sustainable practice. Its main objective is fusing artistic provocation with an entrepreneurial spirit to enable ideas that make culture better. Stimulating environment, entrepreneurial support and creative community are therefore the three main strategic concept and drivers pursuit and enhanced by the NEW INC project. 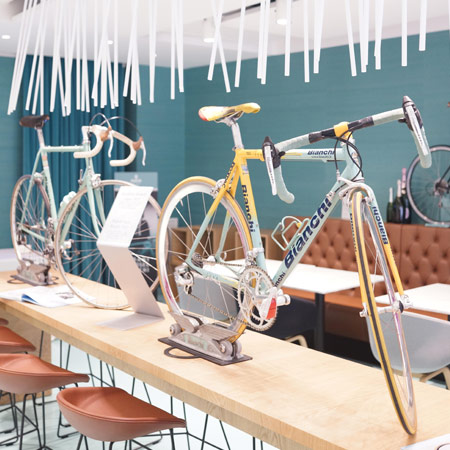 Bianchi Cafè & Cycles – Milan
In 2010, the first concept store of the famous Italian company Bianchi opened in Stockholm, Bianchi Café & Cycles, a bicycle shop with adjoining Café and Restaurant. In 2012, one was opened in Tokyo and now Bianchi has returned to Italy. The company was founded in Milan 130 years ago and therefore this specific Bianchi Cafè & Cycles is a return to the origins, states Salvatore Grimaldi, president and owner of Bianchi since 1997. The store opening in Milan (in the heart of the city center, open from 6:30 am to midnight non-stop, 7×7) is in fact a turning point for the project Bianchi Cafè & Cycles, destined to expand across the world in the coming years, with the aim of proposing the Bianchi style in an environment that’s particularly creative and possesses a strong Made in Italy personality, combining the charm of the bikes with the taste of Italian food and wines. 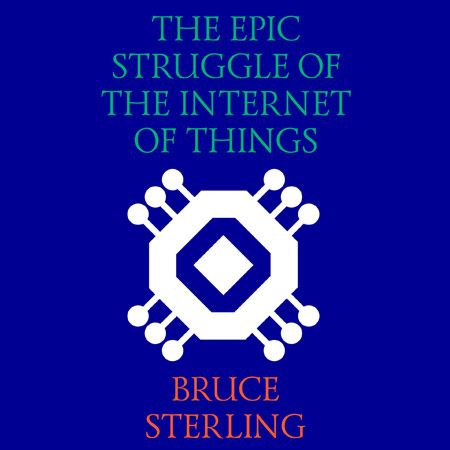 The Epic Struggle of the Internet of Things by Bruce Sterling
“The first thing we need to understand,” writes Bruce Sterling, “is that the Internet of Things is not about the Things in the Internet. It’s just a label that some power groups have coined for their own benefit”. In his most recent book, the famous American science-fiction writer contests the “positive” theory that The Internet of Things is a connection between electronic and electric tools for improving the quality of life. In his opinion, this is an attempt at global control that will lead to a new form of society that he calls “digital feudalism”. Facebook, Amazon, Google, Microsoft and Apple are all described as 5 “unconventional” corporations. According to the author, these “Big 5” are working to collect data that will enable them enormous power and control. In Sterling’s opinion it is changing from the idea of “information wants to be free” to “information about you wants to be free.” 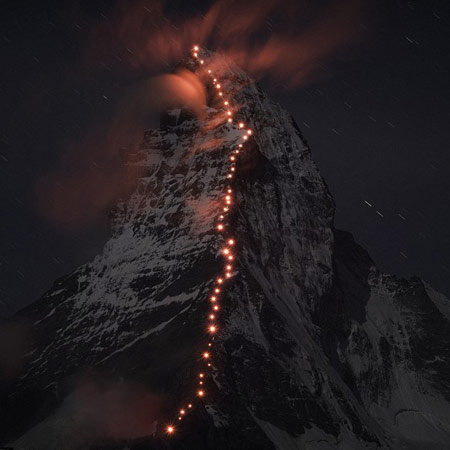 The Matterhorn glows red 150 years after the first ascent – Switzerland
To celebrate the 150th anniversary of the first ascent of the Matterhorn, the Hoernli crest, on the Swiss side, was illuminated with red lights. The initiative stems from a collaboration between the Swiss photographer Robert Bösch and the brand Mammut (which produces climbing equipment). A group of climbers reached the summit of the Matterhorn placing red lights along the route of the climb with a magnificent effect seen at night from a distance. The act opens the celebrations, on both sides of the mountain, for the 150th anniversary since the peak was ‘conquered’ by the Englishman Edward Whymper, just three days before an entirely Italian group, led by Jean-Antoine Carrel, who reached the summit on July 17, 1865. 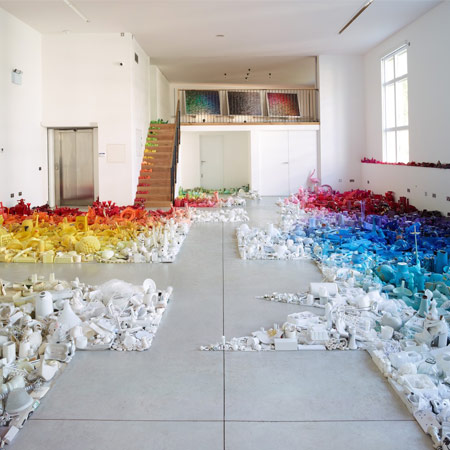 The First Law of Kipple installation by Dan Tobin Smith – London Design Festival
Dan Tobin Smith has assembled the 200 square meter installation named “The First Law of Kipple” in his studio as part of London Design Festival 2014. It is made up of thousands of objects that he has collected and that have been donated by the public via the website callforkipple.com. The objects are arranged chromatically and have been laid out across the studio floor with such care that the colours blend into one another seamlessly: reds flow into browns, pinks and purples; sea greens into shades of turquoise and dark blue. Visitors are able to walk through the work via a series of pathways., the piece is apparently inspired by Dan Tobin Smith’s interest in both The Second Law of Thermodynamics and the fictional concept of ‘kipple’, which appears in Philip K Dicks 1968 novel, Do Androids Dream of Electric Sheep (which was later adapted as the film Blade Runner).