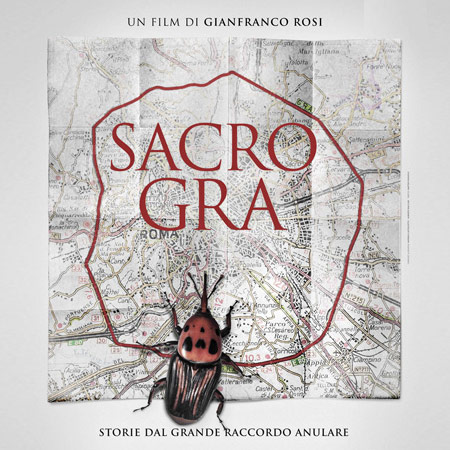 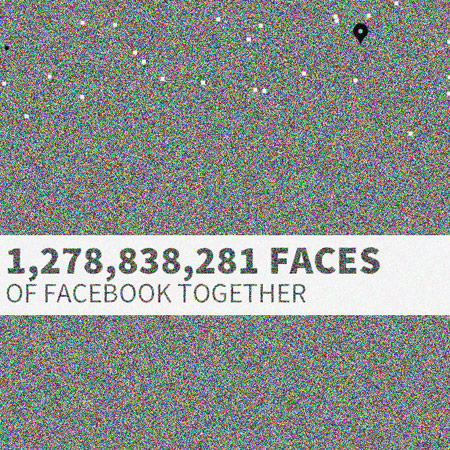 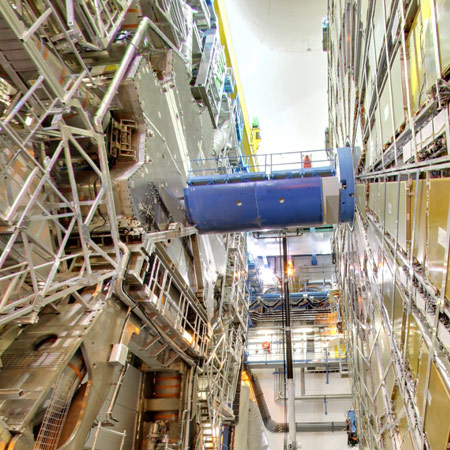 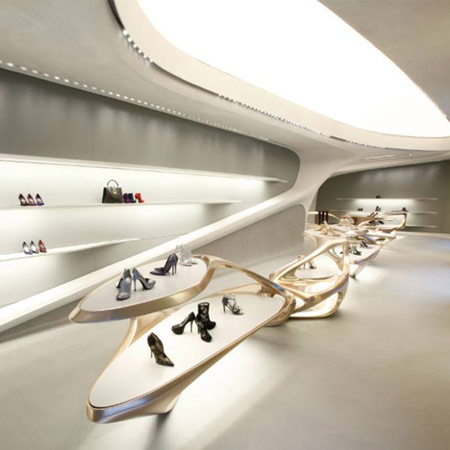 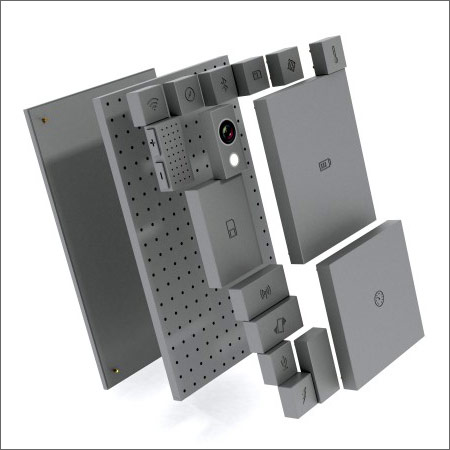 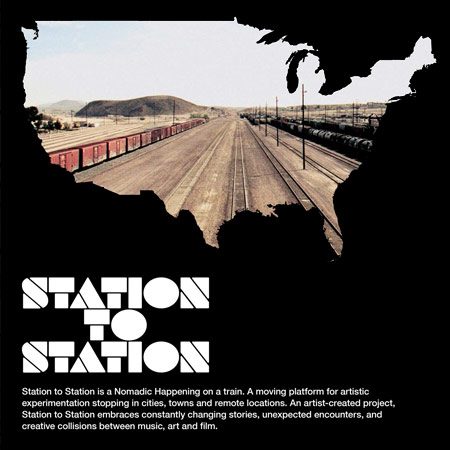 Station to Station: A Nomadic Happening by Doug Aitken – USA
From Sept. 6-28, artists and musicians travelled across the US on a nine-car train. The project, Station to Station: A Nomadic Happening, conceived and curated by artist Doug Aitken, was intended to be a “kinetic sculpture [that will] act as a cultural studio”. The train was retrofitted with LED lights that changed colour as it sped up or slowed down. Inside, artists and crew not only ate and slept; they also recorded music, conversations, and performances for Station to Station’s website. Stopping in 10 stations – from East to West – for a night of music, dance, short films and art installations open to the public, the project aimed to connect local communities with experimental art and highlight how artists use digital technology. 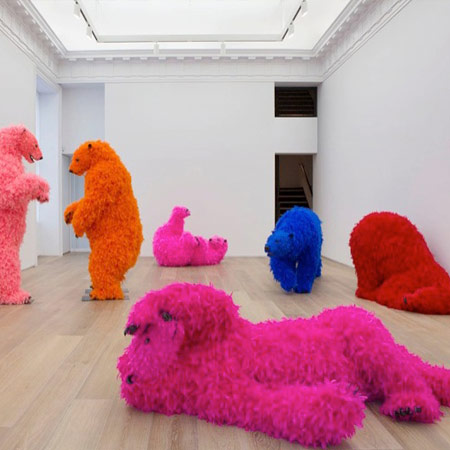 Ok, you are better than me, so what? Exhibit by Paola Pivi – Galerie Perrotin – New York
Italian artist Paola Pivi presents her first comprehensive solo exhibition in the United States at Galerie Perrotin – New York. Pivi a multimedia artist born in Milan creates artworks both disorienting and poetic using a wide rage of art techniques. Inaugurated on September 18th, Ok, you are better than me, so what? takes over both floors of the gallery, with an installation on the ground floor of eighth life-size sculptures of polar bears, made of urethane foam, plastic and neon-coloured feathers, all of them posed around the room in various postures. The artist’s vibrant figures have names like “I never danced before”, “mama no more diapers, please” or “who told you white men can jump?” On the lower level, a performing sculpture “Money machine (true blue, baby I love you)” surprise visitors with a sign evoking the topography of a previous American bank, occasionally spitting dollars around. 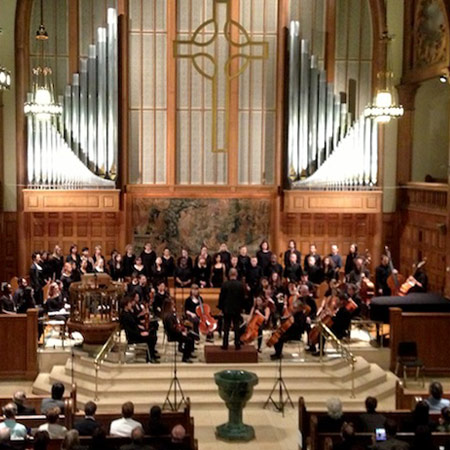 Monotone-Silence Symphony by Yves Klein – New York
On Wednesday 18th September, the Madison Avenue Presbyterian Church was filled with people attending the Monotone-Silence Symphony conceived by Yves Klein. The symphony was performed only once during Klein’s lifetime as part of the happening Anthropometries de l’époque bleue at the Galerie internationale d’art contemporain in Paris, March 9, 1960. In conjunction with the exhibition Audible Presence Dominique Lévy gallery presented the first public performance in New York City that unfolds over 40 minutes. An orchestra and chorus, 70 performers dressed in black, held a single continuous tone for a 20-minute period, and then sat silently for 20 minutes. 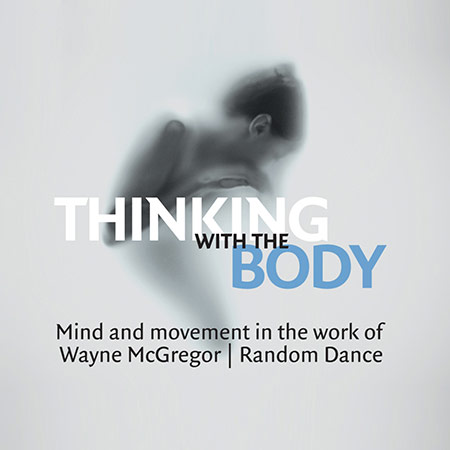 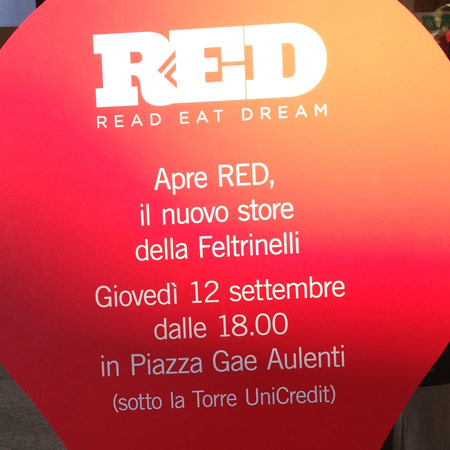 RED La Feltrinelli opening – Milan
Thursday, September 12th the new RED store by Feltrinelli opened on the square Gae Aulenti in Milan close to the Unicredit tower, a symbol of the Isola quartier in Milan. It is a hybrid space – to “Read Eat and Dream”, as the name itself suggests – nourishing the body and the mind. It has aroused a great interest, given the large participation in the inauguration day. It’s an interesting retail format, especially in the measure of how the large space is conceived: it fascinates because it is not immediately clear, in fact, whether it is a library, a bistro or a space to relax where it is possible to stay, not buying. The books are selected and proposed with continuous changes. 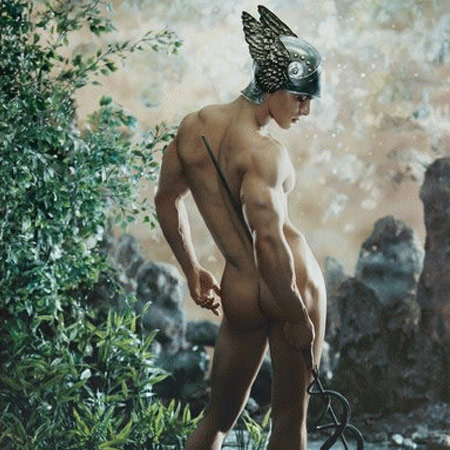 Masculine / Masculine exhibit – Musée d’Orsay – Paris
Male nudity was for a long time, from the 17th to 19th centuries, the basis of traditional Academic art training and a key element in Western creative art. Masculine / Masculine. The Nude Man in Art from 1800 to the Present Day is the title of the most recent exhibition at Musée d’Orsay in Paris. As the title underlines, this art exhibition takes an interpretive, playful, sociological and philosophical approach to exploring all aspects and meanings of the male nude in art.
The exploration of the male body starts from “The Classic Ideal” and terminates with “The Temptation of the male” and “The Object of desire”. The last sections cover contemporary art and have raised the concerns of many people because of their explicit and shocking content. 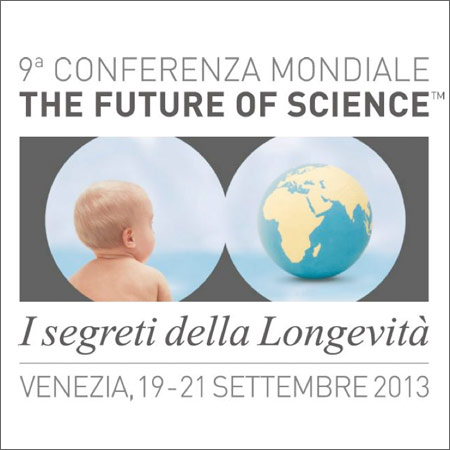 The Future of Science: Secrets of Longevity – International Conference – Venice
Within the framework of the World Conference entitled The Future of Science: the secrets of longevity, The Longevity Project was presented by the American academics Howard Friedman and Leslie. The study, which began in the ’20s, examined along 8 decades 1500 individuals in order to detect the factors that determine longevity. Data analysis has shown that the most common beliefs about the longevity are largely wrong. Positive thinking, less work, marriage, sport, religious and even the possession of a pet were demonstrated by facts not impacting on the longevity of the sample. Genetic factors account for 30% of the span of life, while the other two thirds are due to lifestyle, the fate and character. In the field of psychology, The Longevity Project has dismantled many false myths scientifically. 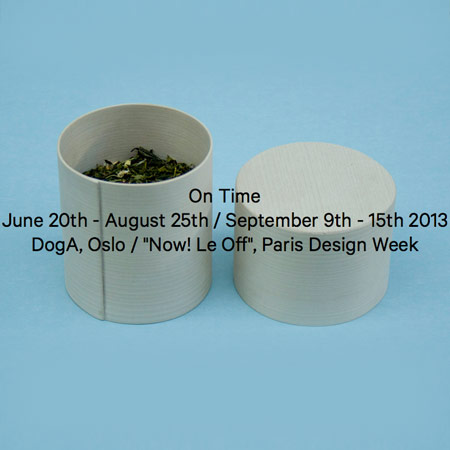 On Time exhibit by Klubben – Paris
On Time, was open between the 9 th and 15th September, during the Paris Design Week, showcasing 17 design objects which represent 17 different moments of the day. A material development that makes tangible Time, an abstract and elusive life dimension, through the creativity of 19 Norwegian designers, part of Klubben, spontaneously started from the need to promote national design. Each designer was given a specific hour and minute, through 24 hours. A moment in time to interpret, linking it closely to their personal experience of daily life, and on which they have created an object or a piece of furniture. 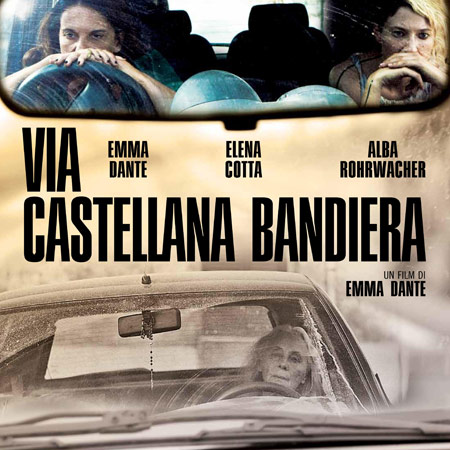 Via Castellana Bandiera movie by Emma Dante
Emma Dante is a strong, intense and innovative writer and theatre director. Her film debut Via Castellana Bandiera, was one of the most interesting events of the Venice film festival 2013. Released on the 19th of September the film, based on the novel of the same director, tells the paradoxical contrast between the two women who while driving their cars find themselves facing each other in a narrow street in Palermo. Nobody wants to give way and everything remains motionless for a day and a night. On the one hand there is Rose, played by the same director, with his girlfriend Clara (Alba Rohrwacher), the other is Samira (Elena Cotta), an elderly lady slender and resolute. 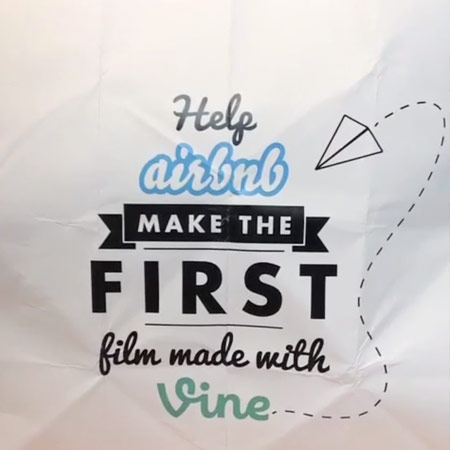 Hollywood and Vines by Airbnb
Airbnb, the on-line platform for short term property rentals, crowdsourced the first-ever short film using Vine videos, called Hollywood and Vines. To achieve this, the company released a shot-list over Twitter that anyone could film for submission, and offered a $100 Airbnb credit to anyone lucky enough to have their Vine included in the final product. In all, the project attracted over 750 submissions from around the world (six-second Vines talking about travel, adventure and “my own place in the world”) and 100 Vines were used in the final film (a 4.30’ minutes film), which was released online and on Sundance Channel.