Unemployee of The Year campaign – Benetton 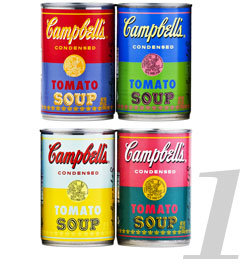 Campbell’s Soup & Andy Warhol 50th Anniversary limited edition cans – USA
In celebration of the 50th anniversary of Warhol’s famed 1962 “32 Campbell’s Soup Cans” art piece, the world’s biggest soup maker has released special-edition cans of its condensed tomato soup bearing labels in four color combinations, like blue with orange or teal with hot pink, reminiscent of the pop artist’s paintings. The labels also have famous Warhol quotes on them like “In the future, everybody will be world-famous for 15 minutes,’’ and a picture of the artist on the back. The soup company will release approximately 1.2 million pop art soup cans exclusively at Target stores, for a cost of 75 cents each. Designs for the cans were a collaboration between the Campbell’s Global Design team and The Andy Warhol Foundation. 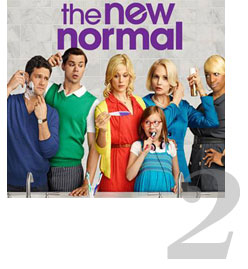 The New Normal TV serie – NBC – USA
The New Normal is an American television series created by Ryan Murphy and Allison Adler for NBC. The stories revolve around David and Bryan, a rich and successful gay couple who decides of having a child with the help of a surrogate mother, Goldie. The family of Goldie too is the sign of a singularity that becomes the “new normality”: a teenage and wise daughter, a traditionalist grandmother who refuses to grow old. The relationships of each character in the series is an exception to the rule, an exception that tackles gender, racial and social issues. 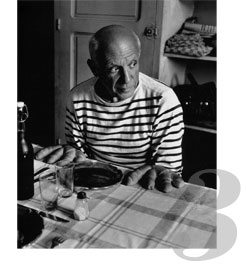 Petit Bateau and Pablo Picasso – Milan
The marinière (horizontal striped shirt) entered in the myth thanks to Pablo Picasso, who often liked to be photographed with one of his striped T-shirts. An iconic cloth that has also marked the success of the French brand Petit Bateau. At the exhibition in Milan dedicated to the great artist (from September 20 until January 6, 2013) and this small and iconic affinity, comes the partnership between Petit Bateau and the exhibition at Palazzo Reale. Petit Bateau is present with a dedicated space (at the bookshop of the Palazzo Reale), where it is exposed to the mythical marinière. In addition, the entire staff of the event wears the same striped shirt. 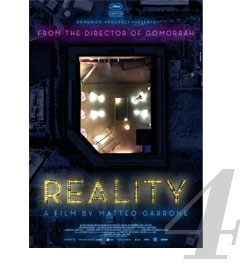 Reality movie by Matteo Garrone – Italy
After directing Gomorra, Matteo Garrone with Reality tells the story and the illusions of a Neapolitan fishmonger who is determined to change his lives by participating in the Big Brother. A bitter story, starring Aniello Arena (currently held for Camorra murder) chosen by Garrone as an actor. The director changes the subject, and provides an analysis of the anthropological reality of south, made by the daily effort, unfulfilled promises and little dreams that despite all resist; dreams that go perfectly with the fascination of the TVl screen. It is the “post television” that exerts an irresistible attraction on the protagonist, the one that gives the illusion of a two-way flow of communication, which subtly promises participation and visibility. 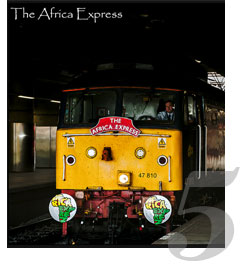 Africa Express – United Kingdom
Damon Albarn, Tony Allen and Baaba Maal are among 80 artists who have set off on a unique train journey around the UK, making music as they go. The Africa Express has rolled into Leeds, Middlesbrough, Glasgow, Manchester and Cardiff and other places along the way, with the musicians playing into railway stations, schools, factories, houses and malls. Leading the pack is Blur and Gorillaz frontman Damon Albarn, one of the founders of the Africa Express project. This time, most of the action will take place on board this specially customised train, concluding with a show in London, the 8th of September, at the Granari Square in London, starring also Paul McCartney. 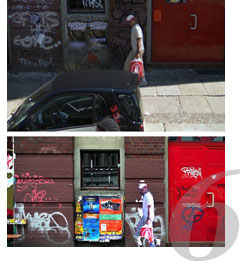 Street Ghosts by Paolo Cirio
In his work Street Ghosts, the artist Paolo Cirio has created street artwork inspired by the bodies of people captured by Google’s Street View cameras. Entering Google maps in Street View mode, the user can find some “ghosts”: pedestrians captured by Google cameras without any image of the face. The project, intended as a comment on this unauthorised use of people’s images online, consists on creating images – printed in colour and real scale – of these ghosts and then affixing them on the walls of public buildings at the precise spot where they appear in Google’s Street View. In September 2012 more than 30 posters were posted on the walls of New York, London and Berlin. 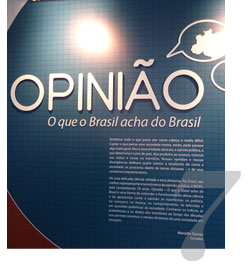 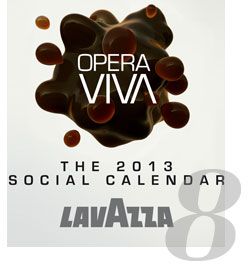 Opera Viva by Marco Brambilla for Lavazza – Italy
For the 2013 edition of its calendar, Lavazza proposes something new and different from previous editions: a “social calendar” signed by Marco Brambilla, digital artist of international renown. Opera Viva, this is the title of the art work, has been presented at the Social Media Week in Turin. It is a collective project in which the author guides, composes and combines the digital material that anyone can send through social networks, joining the site and using the app made available for free. The public thus becomes an active part of the work, which will be the representation of the year through a “expanded day”, in which segments of 2 hours each will be the 12 months and will be developed as 12 themed micro-stories, formed as a collage of images and video. 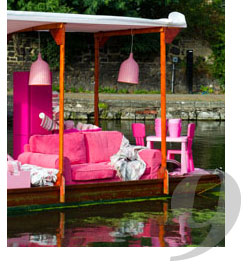 Ikea floating night market – London
Friday 14th of September, Ikea unveiled a floating night market on Regent’s Canal in North London, featuring boats with color-themed products from their new seasonal collection. For one day only, visitors were able to get a free and exclusive look at the new range, while experiencing the sights, sounds, and smells of an authentic floating night market. The floating night market was inspired by the vibrant night markets of Asia. Guests were invited to experience a scenic boat trip on the canal at dusk as they visited the floating market punts, abundant with vibrant products from the new IKEA collection. The Creative Director & Interior Design Manager Lorenzo Meazza, comments: “We’re really excited to be launching the new collection in this fun and exciting way in the heart of London. The range is all about textile and offers people simple and affordable ways to transform and bring new life to their home”. 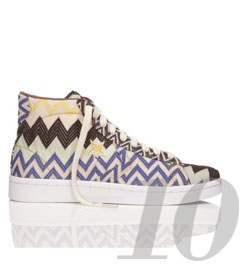 Converse Missoni Archive Project – Paris
After six seasons of collaboration, Missoni and Converse have yielded a particularly interesting and exciting product. Vintage stock fabrics from the Missoni archives have been applied to Converse’s Pro Leather and Auckland Racer shoe designs, and have been sold exclusively at Colette in Paris during the last fashion week. The unisex shoes retailed for about €400: each one of the 40 pieces produced is unique and one-of-a-kind. Accompanying the project is a hand-numbered hardback book produced in limited quantities, each one bound in the same canvas that lines every pair in the collection. Artist Gary Card created a special display for the store windows.