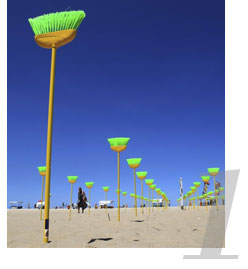 Call to Sweep out Corruption – Rio de Janeiro
Members of the Brazilian NGO called Rio de Paz (Peace Rio) brought hundreds of brooms to Rio’s Copacabana beach to protest against corruption. A total of 594 brooms, representing the membership of Congress,(81 senators and 513 members of the Lower House) were erected on the beach to symbolize the need to “sweep out” corruption. The brooms had the cane painted yellow and the brush green, the Brazilian national colours. This was not the first time brooms have been used as a form of protest in Brazil. On Sept. 7th, demonstrators held up brooms during the “March Against Corruption” in Brasilia. Civil society groups reportedly organized the march through social networking sites to protest against corruption and the misuse of public money by government ministries. 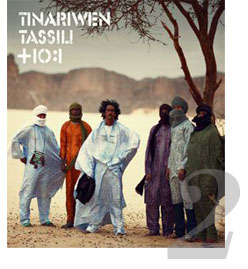 Tassili by Tinariwen
Tinariwen is a band of Tuareg musicians from the Sahara Desert region of northern Mali, publicly appreciated by other musicians such as Bono Vox, Chris Martin, Thom Yorke and Robert Plant. The musicians founded the band in the late Seventies, with the desire to melt the African tradition with rock and blues. Tassili is their fifth album and the songs call out to people who have given up the nomadic life of the desert. Complex emotions run through the album, and the predominant feeling that comes out of them is longing, for home, for peace, for old friends, for a way of life whose place in the modern world is uncertain. Tinariwen have mostly put aside their electric guitars for this album and returned to the acoustics they first played together, backing the rhythmic playing with small hand drums and clapping. 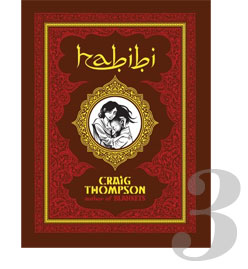 Habibi by Craig Thompson
From the internationally acclaimed author Craig Thompson, a highly anticipated new graphic novel: Habibi, the story of Dodola and Zam, two orphaned child slaves who find the meanings of life and love in each other throughout the course of their lives. Set in a unnamed desert wasteland, a timeless place where the past and the present seem to coexist, the story touches on themes of sexual abuse, socio-economic unrest, the mythic power of Islam and Christianity, industrialization, waste and ecological balance, and, most of all, the art and cultural power of storytelling. In Habibi (that means “my beloved”) we find the close symbiosis between western representational art and the extremely stylised centuries-old oriental tradition. The Arab calligraphy amazes, not only in its more decorative use, but also in its metaphorical collisions with the story. 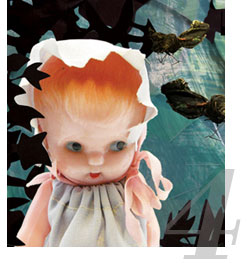 The Stuff of Nightmares exhibit – V&A Museum of Childhood – London
At the Museum of Childhood in London V&A, until February 26th it is possible to visit The Stuff of Nightmares exhibit, that explores the darker side of a child’s imaginary landscape. The project explores themes around the idea of the classic fairy tale; a traditional story based in a fantasy world inhabited by extraordinary characters and impossible events.
As part of the project, the Museum’s Front Room Gallery has been transformed into a spooky forest-like environment, the dark setting for a re-telling of ‘Fundevogel’ by the Brothers’ Grimm. The installation, made by local schoolchildren working with artists, sits alongside work by Katherine Tulloh, Ruth Weinberg, Daniel Bell and Sharon Brindle, which takes a closer look at the playthings of innocents. 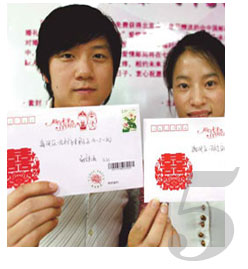 7 year post dated Love letters – China
Chinese Beijing Post are trying to stop the strong increase of divorces since 2004 to the number of 21000 in the last year. Getting the idea from the “seven year itch”, they offer a very long-term service. The envelopes are given to all new weds in one of the 17 post offices in Beijing, starting from the 9th of September. This date has a specific meaning, because in the Chinese language the pronunciation of “the ninth of nine”, sounds like the word “forever”. Everyone should write today a love letter to her/his wife/husband, that will be archived, jealously kept and send exactly in seven years. The Beijing post managers hope this simple act should help to save some weddings in the future. In addition, there have been created a line of “romantic products”: special stamps, postmarks, postcards, envelopes, and a Love Passport which can be stamped every anniversary. 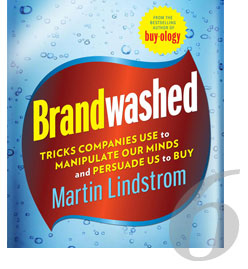 Brandwashed by Martin Lindtrom
From the bestselling author of Buyology, Martin Lindstrom comes a shocking insider’s look at how today’s global giants conspire to obscure the truth and manipulate consumers’ minds, all in service of persuading to buy. Marketing visionary Martin Lindstrom has been on the front lines of the branding wars for over twenty years. In his new book Brandwashed – Tricks Companies Use to Manipulate Our Minds and Persuade Us to Buy, he turns the spotlight on his own industry, drawing on all he has witnessed behind closed doors, exposing for the first time the full extent of the psychological tricks and traps that companies devise to sell their products. 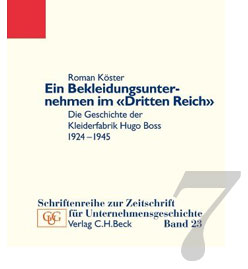 Hugo Boss 1924-45: A clothing factory during the Weimar Republic and Third Reich – by Roman Köster – Germany
After 60 years, the German fashion company Hugo Boss apologizes, with a statement on its website, for the conduct of the founder and the whole company, during the Second World War. “Hugo Boss, 1924-45“, book with the recent study by the historian Roman Köster, professor of military history at the University of Monaco, commissioned by the same company, brought to light not only that Hugo Boss was a fervent Nazi, party supporter and supplier of its military uniforms, but also that he exploited in his company in Metzingen, Baden-Wurttemberg state, 180 prisoners of war, forcing them to live and work in awful conditions. 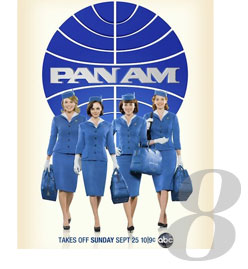 Pan Am TV Serie – ABC – USA
Pan Am’s first episode has really taken off with viewers, scoring 10.9 million viewers for ABC on its debut on Sunday, September 25th, beating the final season premiere of station favourite Desperate Housewives, which attracted 9.7 million. The new prime-time American TV drama series screens Pan American, the mythic airways company, in the early sixties, resting on the “charme” of the azure-clad stewardesses that stride confidently through an airport lounge en route to their plane. The 13 episodes of the series portray four female characters that reflect the glamour and optimism of the 60s, casting an outstanding Christina Ricci who looks perfect in a sophisticated vintage style. The show, which is seriously competing with the iconic series Mad Men, portrays, as Christina Ricci says, a new kind of woman: ‘These were really women who were taking control of their lives and living in a very feminist kind of way. They weren’t the average women.’ 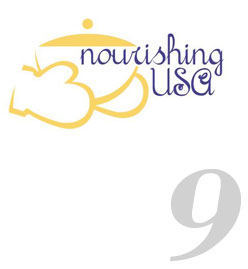 Nourishing USA Launch – New York
On Sept.17th the organisation Nourishing NYC launched its nationwide “hunger advocacy program” Nourishing USA, aimed at offering local organisations and individuals looking to make a difference in their community, the tools necessary to create food programs that “combat hunger and advocate nutrition”. Nourishing NYC got its start in 2008 and is a non-profit community food program that supplies fresh food for free to local communities that are heavily inundated with poverty. It also organises nutritional education classes (Junior Chef Program) aimed at addressing poor nutrition and health issues/habits in low-income communities. 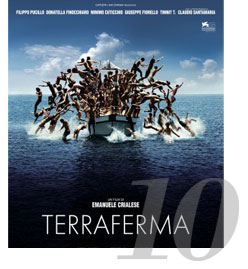 Terraferma by Emanuele Crialese – Italy
Riding the wave of Italian immigrant dramas that have been topical for years, writer-director Emanuele Crialese’s Terraferma is an unremarkable story flying a passionate moral banner. The film contrasts Italy’s traditional humanist values to inhuman new laws aimed at stemming illegal immigration and insists it’s morally imperative to rebel against them. Its main commercial outlet will certainly be Italy, where the terrible clash between Italian law and “the law of the sea” will resonate the most. The movie was rewarded at Venice International Film festival 2011 with the Special Jury Prize, and will be Italy’s contender for the 2012 Best Foreign Film Oscar.