“A hunter shoots a bear” interactive video by Tipp-Ex

The Social Network by David Fincher

“Coliseum on fire” by Thyra Hilden and Pio Diaz – Rome

Going Back by Phil Collins 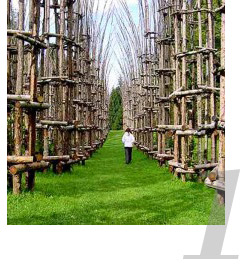 Tree Cathedral by Giuliano Mauri – Oltre il Colle – Italy
On September 4th there was celebrated the inauguration of the first Cattedrale vegetale (Tree Cathedral) designed by the artist Giuliano Mauri, who passed away in 2009, and built at Oltre il Colle (Bergamo, Italy) on the Arera mountain in the locality of Grumello, at approximately 1400 meters of altitude. The “Tree Cathedral” is made from trees and measure 29 by 24 meters with a height of 15. It is constituted of 5 naves and 42 columns that accommodate 42 young beech trees that in the future will become part of a true “Tree Cathedral”, green and living. The “Tree Cathedral” is already known of around the world: its website registered 3000 visitors in only a few hours, all coming from numerous nations and continents. 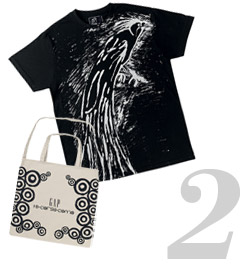 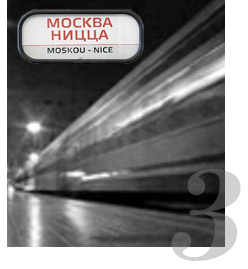 Moscow-Nice luxury train
The luxury Moscow-Nice railway is re-established after about 100 years. The railway is operated by the Russian Railways. It will take 52 hours to cross some beautiful European cities, including Vienna, Prague, Milan and Genoa , arriving through the Brenner tunnel. The departure is scheduled in the afternoon. The train will operate once a week. The carriages are equipped with all the comforts and where the railway can allow it, the train will reach the speed of 200 km per hour . The cost of a ticket ranges from 306 to 1200 euros for a compartment with a large bed, shower and toilet. The new train provides a romantic occasion to travel leisurely. There are 12 wagons with a restaurant on board and other facilities for the wealthy Russian clients who can reach, relaxing, their homes on the French Riviera. 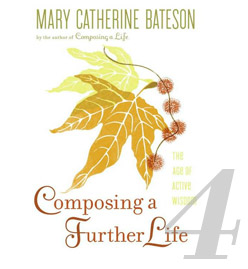 Composing a Further Life: The Age of Active Wisdom by Mary Catherine Bateson
Composing a Further Life: The Age of Active Wisdom is the most recent work of Mary Catherine Bateson, 70-years-old American anthropologist and writer, daughter of Margaret Mead and Gregory Bateson, famous anthropologists themselves. In this book, the author develops her “active wisdom” project, related to the idea of a “second adulthood”, exploring this new stage of the life cycle, which today society has enabled through unprecedented levels of longevity, health, energy, time, and resources. Bateson relates the experiences of herself and others “older adults” who have found an increased consciousness, the capacity of adapting to change and a real enthusiasm toward future. 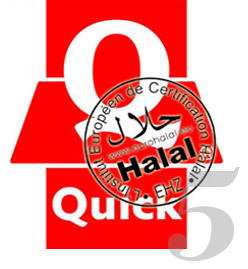 Quick Restaurants go Halal – France
Quick, France’s second biggest fast food retailer with 362 restaurants nationwide, introduced eight Halal-only restaurants earlier this year and is now expanding the program in 22 selected restaurants around the country. The meals comply with Islamic guidelines for food preparation. To choose which restaurants would change Quick carefully analysed restaurant sales around France, looking for very specific characteristics, like those outlets that oversell fishburgers and for outlets that undersell pork products such as bacon. Though Quick is keeping its references to Halal meals fairly discreet, critics of the move complain that the 22 Quick restaurants which have gone Halal do not give customers a choice anymore: they have to eat Halal or not eat at all. A handful of Members of Parliament, supported by the regional extreme right party called “Alsace D’abord”, have complained that this kind of ethnic targeting goes against France’s secular tradition. 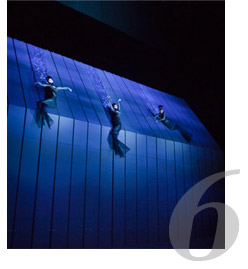 The Ring – Metropolitan Opera – New York
The Metropolitan Opera opens its 2010-2011 season September 27 with “Das Rheingold”, the first installment of a brand-new production of Richard Wagner’s epic “Der Ring des Nibelungen”. With this highly anticipated event the Met hosts the most complicated production ever put on its stage: a new Wagner “Ring” cycle that involves a leviathan set, scenery almost entirely based on intricate computerized projections and a few age-old theatrical techniques. This new version is created by Robert Lepage, the Canadian stage, opera and Cinque du Soleil director noted for visual wizardry, and his team. The second installment, “Die Walküre”, will be performed in the spring. “Siegfried” and “Götterdämmerung” will be staged next season, followed by complete cycles in April and May 2012. 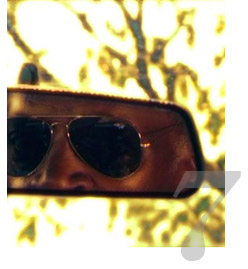 Transient, videoinstallation in New York taxicabs
From September 9th till September 15th, visual artist Amir Baradaran debuted Transient, a series of 40-second video installations infiltrating NYC taxicabs. Transient was intended as an ephemeral gift, fore grounding the possibilities of liminal states. Baradaran sought to capture, challenge and transform the everyday modalities of NYC cab rides by interrupting Taxi TV’s regular programming in 6,300 taxicabs, viewed by approximately 1.5 million passengers. Using the technology against itself, Transient solicited focus in a space marked by dispersed attention and invisible human boundaries. Comprised of shots of a driver’s steady gaze in the rear-view mirror or through the grainy, often-stained plexiglass partitions, the incisive videos took the experiential disjuncture between the driver and passenger as their point of departure. “It was not my intention to make a humanist statement,” says Baradaran, “but rather to create a space of introspection” The yellow taxicab presents a striking paradox: the car itself is one of the most visible icons of NYC, while its drivers, many of whom are minorities, seem invisible. 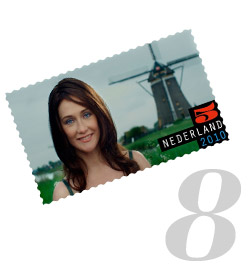 Stamp with embedded movie – Netherlands
Postage stamps are becoming increasingly bizarre and technological: today there is also the ‘stamp movie‘, complete with a director. The Dutch company (TNT-post) issued the stamp in order to celebrate the Netherlands Film Festival. The printing technique is ‘lenticular’: the stamp – if properly inclined – is animated and shows a sequence of 30 frames entitled “Kleinste kortste movie” (The smallest and shortest film). The actress is Carice Van Houten, and the director Anton Corbijn, who directed the “The American” starring George Clooney. The stamp, which follows other previous lenticular stamps from different countries is a sticker and has a value of 2,20 euro. It allows a domestic parcel weighing up to 500 grams to be shipped. 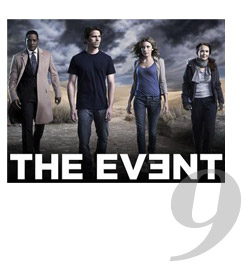 The Event – TV series – USA
The Event is a new TV series created by Nick Wauters for NBC that premiered in the USA on September 20. The series follows Sean Walker (Jason Ritter), a man who, while investigating the mysterious disappearance of his girlfriend, Leila, begins to discover the biggest cover-up in U.S. history. The series is a thriller, love story, and mystery with an element of science fiction. The producers promise timely answers to mysteries, with some answers coming as early as the second episode. Executive producer Evan Katz states “everything is designed to answer questions so you’re not frustrated or feeling like we’re making it up as we go along” and the writers intend to keep the viewers guessing in a “fair way”. 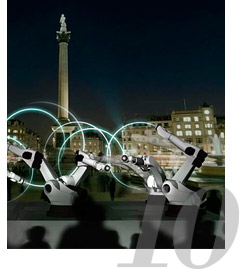 Audi’s robots for Outrace – Trafalgar Square – London
Eight robots from Audi’s production line in Ingolstadt moved to London as part of an interactive installation where the hulking machines act like virtual secretaries, transcribing messages sent to them from the audience. The piece named Outrace was designed by Clemens Weisshaar and Reed Kram and was installed in Trafalgar Square as part of the London Design Festival 2010. Using the outrace.org site or mobile device anyone can control the robot arms by typing in a text message. The characters will then be traced as sweeping three-dimensional gestures by the robots, which have powerful LED lights attached to their dainty little robot fingertips. The light paths are then captured with long-exposure cameras which and presented as short videos.