The Lost Symbol by Dan Brown 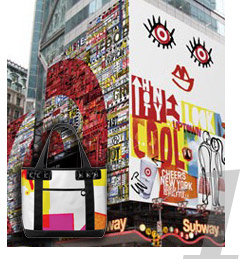 Target Billboard Bags – New York
Starting from Labor Day, Target is featuring commissioned art on its Times Square, NYC billboards. The huge graphics have been commissioned to emerging artists including Michael Anderson, Laurie Rosenwald, Charles Wilkin and Josh Goldstein. When the art exhibit is over, the vinyl from the billboards will be used to create 1,600 limited edition tote bags, using an Anna Sui tote bag design. The first few bags went on presale on Target’s website on September 4, for $29.99 each and they were sold out in a few hours. The bags will be manufactured starting from the end of October and delivered at the beginning of 2010. 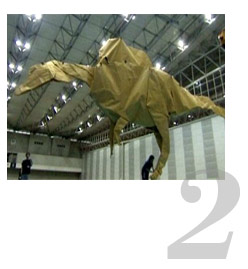 Giant origami dinosaur – Tokyo
A giant origami dinosaur has been created in Tokyo to celebrate the Dinosaur Expo 2009 being held in Japan. The Spinosaurus was formed from 25 metres of paper and required many adult and children volunteers to assist in its creation. Its creator Kazuya Matsumoto believes that it is the biggest origami dinosaur in the world. It needed a crane to lift the finished dinosaur into place. It was essential that the making of the Spinosaurus was closely controlled otherwise with so many folds and the numbers of volunteers it would have been easy to tear the paper, or leave a child inside! Spinosaurus means ‘spined lizard’ and they were one of the largest carnivorous dinosaurs with remains having been discovered in Africa. 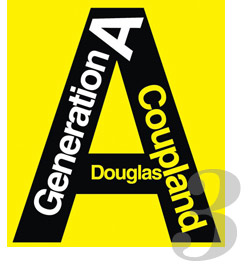 Generation A – by Douglas Coupland
Generation A, the new book by Douglas Coupland, mirrors the structure of 1991’s Generation X as it champions the act of reading and storytelling as one of the few defences we still have against the constant bombardment of the senses in a digital world. This globe-spanning tale presents a near future, where bees are extinct, until one autumn when five unconnected individuals, in different parts of the world, are stung. Immediately snatched up by ominous figures in hazmat suits, and then released as 15-minute-celebrities into a world driven almost entirely by the internet, these five unforgettable people endure a barrage of unusual and highly 21st-century circumstances. 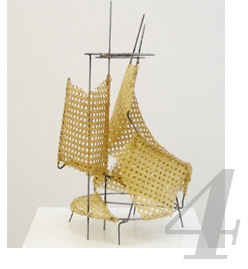 Modernologies Exhibition – MACBA – Museum of Contemporary Art – Barcelona
Modernologies is an exhibition at the Museum of Contemporary Art in Barcelona which aim is to examine modernity as a promising socio-political movement which, basing itself on industrialization and technology, on the principles of human rights and democracy, on the right to self-determination, on the principle of education for all, on secularisation and Enlightenment philosophy, and above all on the underlying notion of progress and continual development, aspired to form a universal language. Hence, art no longer stood in a direct functional relationship to its former patrons, the Church and the aristocracy, but instead became committed to the ideology of autonomy. Modernism attempted to illustrate the experiences and ramifications of modernity in artistic forms. The exhibition is therefore an ongoing conversation with more than 20 artists from all over the world about all the most relevant themes of modernity. 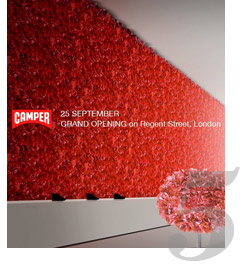 Camper Store opening – London
The grand opening for the last Camper store, in Regent St. London was on September 25. The concept for the new Camper store, is derived from the installation which the Japanese designer Tokujin had presented in New York in 2007, where approximately 30,000 sheets of tissues were covered in the entire space, reminiscent of a snowscape. The red flower blossoms emphasizes the corporate color and will also include Tokujin’s bouquet chair he designed in 2008 for Moroso. The designer wanted the entire interior design theme of the store to revolve around plants and flowers. The installation on the wall is made of tissues folded in a distinct fashion, so that one will hardly recognize their ‘regular, everyday’ quality. 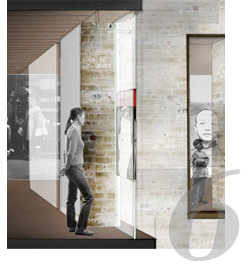 Museum of Chinese in America – New York
Founded in 1980, the Museum of Chinese in America “dedicated to reclaiming, preserving, and interpreting the history and culture of Chinese and their descendants in the Western Hemisphere” and located in Chinatown in New York City, gets a larger home. The new location inaugurated on the 22nd of September is six times bigger than its original home, and is designed by Maya Lin, creator of the Vietnam Veterans Memorial in Washington. During the Grand Opening the museum will unveil two important exhibitions: “With a Single Step: Stories in the Making of America”, and “Here & Now: Chinese Artists in New York”. 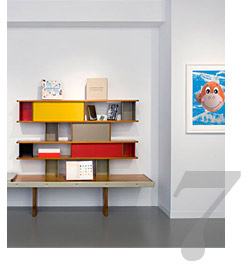 Gagosian shop – New York
In September, in New York the Gagosian Gallery opened a new shop. The new Gagosian shop, located at 988 Madison Avenue, is the first retail outpost of Gagosian Gallery. Designed by the award winning NY based Daniel Rowen, Architect with MN Design in collaboration with Gagosian Gallery, the bi-levelled 230 square meters shop, like the gallery, will collaborate with both established and emerging artists on exclusive works that will be available in the shop and online. The space will feature all Gagosian exhibition publications, artist editions, posters and prints and limited edition items by renowned designers & artists, such as John Currin, Tom Friedman, Ellen Gallagher, Damien Hirst, Jeff Koons, Marc Newson, Richard Prince, Tom Sachs, and Franz West. 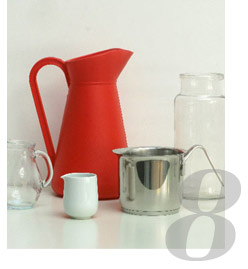 Jugs, Jars and Pitchers exhibition – Jasper Morrison Ltd. Shop – London
The Jasper Morrison Ltd. Shop at 24b Kingsland Road, London, opened its first exhibition, September 19-30, 2009, during the London Design Festival 100%Design. Jugs, Jars and Pitchers were all displayed in the shop, an unused portion of the designer’s office that also sells his designs alongside Morrison’s contemporaries such as Sori Yanagi and Naoto Fukasawa. Morrison and his team of trained, roaming eyes hunted for containers for four months to build up the collection, which mixes pieces from known designers including Morrison, glass artists, and anonymous objects from junk shops and flea markets in Japan and Europe. There are no names, locations or stories on show – all that’s left to do is enjoy the forms, so sinuous and quiet that details like the slightly defined point of a pourer become loud. 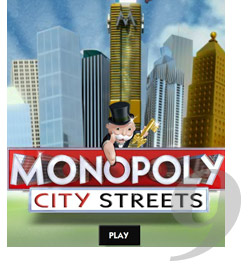 Monopoly City Streets
Google built up a partnership with board game maker Hasbro to launch a Google Maps version of Monopoly: an online game to let you buy any street in the world using Google Maps as the game board. Monopoly City Streets, launched on September 9th, allows users to compete in a live, worldwide version of the popular game, creating the biggest Monopoly tournament ever played. Players all over the world could buy any street in the world, and compete with every other player on the “board”. You start with 3 million Monopoly dollars, and can build not only hotels and houses but also football stadiums, castles and skyscrapers; Downing Street in the UK costs $231,000, while Pennsylvania Avenue costs $2 million. 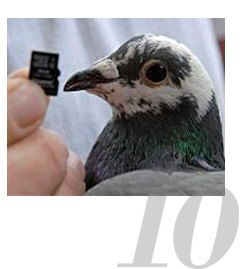 Pigeon beats broadband – South Africa
Unlimited – an IT company from Durban, South Africa – pitted an 11-month-old bird armed with a 4GB memory stick against the ADSL service from the country’s biggest web firm, Telkom. Winston the pigeon took one hour and eight minutes to fly between the offices, and the data took another hour to upload on to their system: around two hours to carry the data 60 miles. In the same time the ADSL had sent 4% of the data. On September 9th, hundreds of South Africans followed the race on Winston’s website and social networking sites like Facebook and Twitter, hoping to benefit from three new fibre optic cables being laid around the African continent to improve internet connections.