Beautiful Inside My Head Forever, auction of works by Damien Hirst – Sotheby’s – London 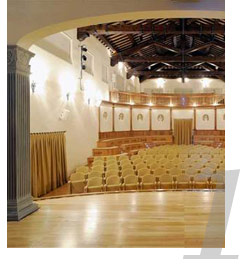 Cucinelli Theatre – Solomeo – Italy
Umbria has celebrated the arrival of a new theatre to Solomeo (Perugia) with the premiere of the show “Nel Bosco degli Spiriti” (“In the Forest of the Spirits”) by Luca Ronconi, Ludovico Einaudi and Cesare Mazzonis. This is the “Cucinelli Theatre”, a project launched by the Brunello Cucinelli, the Umbrian entrepreneur-philosopher who lent his name to the theatre. The Cucinelli Theatre began as an important part of the development programme of the village of Solomeo, an initiative that was conceived and planned by the entrepreneur, carried out over the years with a series of improvement and restoration projects. 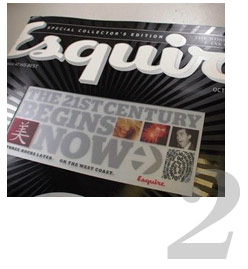 Esquire and electronic ink – USA
To commemorate Esquire’s 75th Anniversary, Esquire magazine published an experimental limited-edition (100.000 copies) of the October 2008 issue that features electronic ink, with moving words and flashing images. Through an electronic ink and a 90 days battery, a display can show the flashing slogan “ The 21st century begins now” followed by commercials, emoticons and moving titles. The experiment, sponsored by Ford, will be an Esquire exclusive until 2009. Starting from today Esquire is the first magazine in the world mixing traditional paper and E-Ink technology: a new era for information on newspapers. 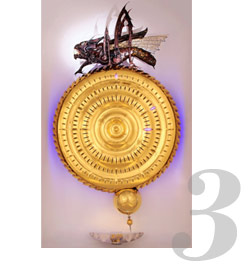 £1m Corpus Clock – UK
The £1m Corpus Clock, designed, funded by Dr John Taylor and built by a team of high-precision engineers and master craftsmen has been seven years in the making. A true mechanical spring-driven clock and uses the ‘grasshopper escapement’ mechanism invented by the celebrated early English clockmaker John Harrison that Instead of it being hidden away inside, has been transformed into a giant blinking, jaw-snapping, tail-wagging ‘Chronophage’ (time eater), literally eating away time. The Corpus Clock has no hands or digital numerals. Instead there are a series of slits cut into the face, and blue LED lights are arranged behind the slits, which run round rapidly in concentric circles and pause at the correct hour, minute, and second. 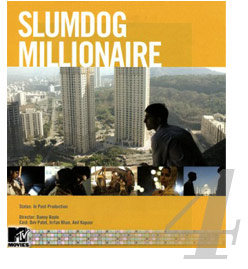 Slumdog Millionaire by Danny Boyle
The new film by Danny Boyle is entitled Slumdog Millionaire. Set in the hustle and bustle if modern-day India with a cast from Bollywood. The film tells the story of Jamal Malik, an orphan who lives in the slums of Mumbai and attempts to become a millionaire on a television game show. The driving force behind this boy is not that of money, but a sentimental issue: that of re-conquering his ex, a great fan of the program. Arrested because he is suspected of cheating, he tells the incredible story of his life to the police, a live that has been lived on the streets, and of the girl he loves and has lost. 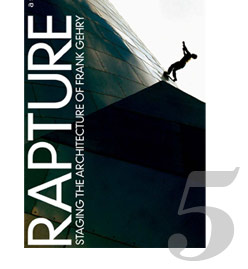 Rapture by Noemie Lafrance
Rapture – a dance performance developed by the choreographer Noemie Lafrance – celebrates the striking fluidity of Frank Gehry’s architectural style in motion, and will be performed on various Gehry buildings worldwide, starting from the Richard B. Fisher Center for the Performing Arts of New York. The work reflects on the translation of architecture into movements. Based on concepts of repetition, evolution and accumulation, the choreography will create an orchestration of rhythms and patterns in response to topography to reveal the dynamics of the architecture’s curves where dancers will be travelling across the entire exterior surface of the building. 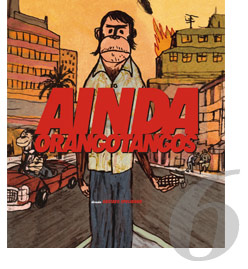 Ainda orangotangos by Gustavo Spolidoro
Ainda orangotangos (Still Orangutans), the first movie by the young Brazilian director Gustavo Spolidoro won the 2008 edition of the Milano Film Festival. In the movie, the camera, in what appears to be one continual shot, wanders around a hot city during the daytime, following 8 stories of weird people settled in the city of Porto Alegre. A little kid threatens a cashier’s life, a lesbian fights with a drunk and a randy guy in a Santa outfit, an old guy and his young girlfriend drink perfume and pass out, a crazed writer harries an old man on the sidewalk: all searching for desire at any cost, the characters are “still orangutans” in the 21st century. 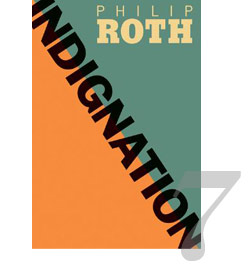 Indignation by Philip Roth – USA
Indignation, Philip Roth’s new celebrated book released on September 16th, is the ironical self-portrait of the protagonist – who is already dead at the beginning of the story -, Marcus Messner, the son of a kosher butcher and a dutiful college student. Set in 1951, the book focuses on the classical Roth’s hero, a 18-year-old Jewish boy from Newark who grapples with anti-Semitism, sexual repression and the escalating Korean War as he comes of age at a Midwestern Lutheran college. His battle with his overbearing father, who is trying hard to instruct him about life while he’s managing to stay out of the Korean War, shows as, in Roth’s own words, “one’s most banal, incidental, even comical choices achieve the most disproportionate result”. Producer Scott Rudin has made a preemptive acquisition for adapting the novel to the screen. Rudin, who just shared the Academy Award with Joel and Ethan Cohen for their adaptation of Cormac McCarthys No Country for Old Men, made the deal immediately after reading Roth’s novel, saying that it has remarkable movie potential. 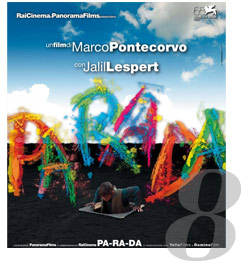 PA-RA-DA by Marco Pontecorvo
PA-RA-DA is the first feature film by Mario Pontecorvo, director born into the profession. Presented at the Venice Film Festival, where it was warmly received, the film tells the life story of Miloud Oukili, young French-Algerian, clown as a profession, who, in 1992, arrives in Bucarest where he will stay twelve years long and found Parada, the famous humanitarian and circensian company. The story is about the first meeting between Miloud and the “boskettari”, street children that in Bucharest survive sheltering in the manholes, alone and abandoned, escaping the orphanages, often drug addicted and raped. Beyond its artistic value, the film has the great merit of sustaining the actual rehabilitation project, still operative, testimony of the efforts, difficulties and successes of fifteen years of hard work. 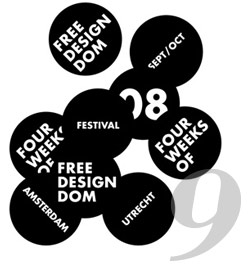 FreeDesigndom – Holland
The first edition of FreeDesigndom will take place in Holland during mid-September, an event that will last 4 weeks long dedicated to celebration of creativity, innovation, fashion and design. Amsterdam and Utrecht are the two Dutch cities hosting the initiatives. The program includes design and fashion events not only for industry and media professionals, but also the general public. For instance during the “Red Light Fashion show”, the design works of young designers will be exhibited together with the nude bodies in the shop windows of the Red Light district in Amsterdam. 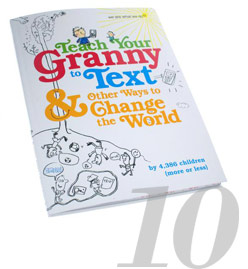 Teach your granny to text & other ways to change the world – UK
This book is the final act of a competition, organised by the social change group, We Are What We Do (WAWWD), had a straightforward brief: come up with a simple action that if done by a million people would change the world. After it will be published, the book will be given out to every school in England by the Department for Children, Schools and Families, as well being available in shops. The book’s producer, Nick Stanhope, says the aim is to equip children with the means to change the world with a simple set of actions. For adults, it provides an insight into how young people see the world and how they think it could be made better.