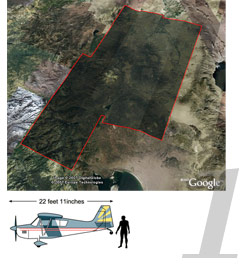 The Search for Steve Fossett – USA
One month after he disappeared while flying alone over the vast Nevada wilderness, search teams have little idea what happened to Steve Fossett. On September 7th, Google Inc. joined the search through its connections to DigitalGlobe that provides high resolution imagery for Google Earth, images were made available via Amazon’s Mechanical Turk so that users could flag potential areas of interest to search. By September 11th, 50,000 people had joined the effort scrutinizing more than 300,000 images. While the rescuers found the wreckage of seven other planes that had previously been undiscovered, they came up empty handed with regard to Fossett. 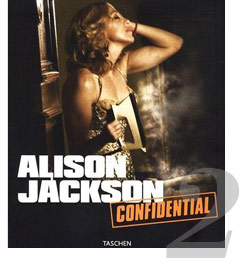 Photo & Celebrities
An exhibition and a book show on how the deep psychological aspects of the audience can be reached through photography and the photographer’s spontaneous or constructed art. Celebrities are the actual subject of our curious glance. “Celebrità dietro l’obiettivo” (celebrities behind the objective) is an exhibition at Cesano Maderno (MI) which shows international stars’ fantasies and life moments photographed by 21 different artists. In her book Confidential, artist Alison Jackson, who portraits rich&famous doubles and builds up improbable stolen life stills of celebrities, tries to highlight the contemporary need of voyeurism. 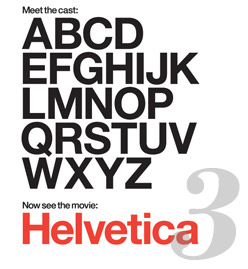 Helvetica, a documentary film by Gary Hustwit
After its March 2007 world premiere at the South by Southwest Film Festival and single play dates at various film centers and design conferences across world, director Gary Hustwit’s feature-length documentary Helvetica in September topped the Indiewire chart as the top-grossing independent film in the US, on a per-screen $ basis. Helvetica is a look at global design culture and an examination of the Helvetica typeface (which celebrates its 50th birthday in 2007) via interviews with some of the most illustrious and innovative names in the design world, including Erik Spiekermann, Matthew Carter, Massimo Vignelli, Wim Crouwel, Hermann Zapf, Neville Brody, Stefan Sagmeister, Michael Bierut, David Carson, Paula Scher, Jonathan Hoefler, and many more. 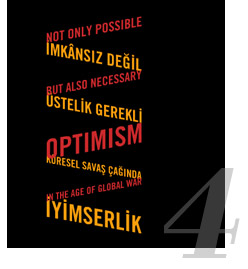 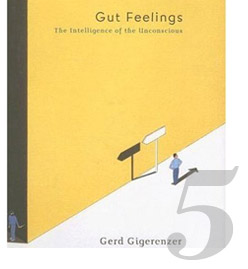 Gut Feelings – The intelligence of Unconscious by Gerd Gigerenzer
In the book Gut Feelings – The intelligence of Unconscious, the German expert, director of the Center for Adaptive Behavior and Cognition of the Max Planck Institute of Berlin, demonstrates the thesis for which our intelligence is closely connected with the sensorial level of knowledge. This is the reason why important decisions have been also taken by a sort of “rationality of the non-rationality”. The quality of our decisions is in fact based on the quality of our intuitions. It is closely “to know” without thinking, trusting to the rules of a special type of knowledge. 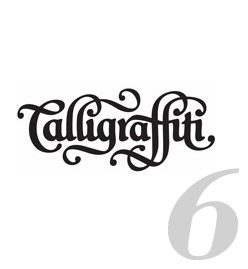 Calligraffiti by Niels Meulman – Amsterdam
Calligraffiti is a mix of graffiti and calligraphy, the right amount of typography and graphic design. It all started in 1982 when Niels Meulman, who uses the simple name of ‘Shoe’, while working at the Netherlands’ biggest advertising agency. He became an ‘adbuster’, someone who defaces advertisements, subtly changing the pictures or letters so that the original message takes on a whole new meaning. In the Calligraffiti exhibition, in Post BG Amsterdam, Meulman uses his expertise to show the essence of the art of writing. The exhibition includes works such as a signature Shoe design for sports brand Umbro, logo and corporate identity for Dutch television channel Talpa and the Unruly Accessories silk scarf series. 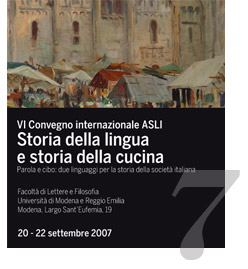 Convention on History of Language and History of Cuisine – Modena
The convention History of Language and History of Cuisine – a two-day workshop about the relationship between the Italian language and Italian gastronomy – took place in the city of Modena. In these days of study, many phenomena linked with both Italian language and gastronomy were analysed, and strong convergences were found that reflect, for the past as well as for the present, the development of the Italian society with its migration waves and process of social stratification. The great interest for the Italian gastronomic tradition, especially in the last years, was the reason for the unusual choice of the argument of this convention. 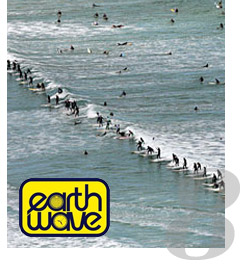 Earthwave Global Surf Challenge – Brazil
On September 2nd a hundred or so surf fans gathered along nine beaches in nine different countries, in order to beat the world record of people riding the same wave at the same time. The record was reached in Brazil at Santos (80 km from Sao Paulo). 84 brazilian surfers rode together the same wave for 5 seconds. The Earthwave Global Surf Challenge drawn massive attention to the problem of Global Warming and what can be done to combat climate change, the theme of the worldwide Earthwave project. 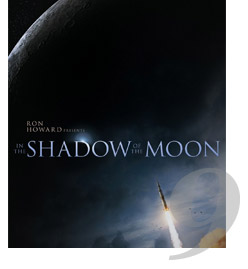 In the shadow of the Moon by Ron Howard – USA
In the Shadow of the Moon is an intimate epic, which vividly communicates the daring and the danger, the pride and the passion, of this extraordinary era in American history. Between 1968 and 1972, the world watched in awe each time an American spacecraft voyaged to the Moon. Only 12 American men walked upon its surface and they remain the only human beings to have stood on another world. Now for the first, and very possibly the last, time, In the Shadow of the Moon combines archival material from the original NASA film footage, much of it never before seen, with interviews with the surviving astronauts, including Jim Lovell (Apollo 8 and 13), Dave Scott (Apollo 9 and 15), John Young (Apollo 10 and 16), Gene Cernan (Apollo 10 and 17), Mike Collins (Apollo 11), Buzz Aldrin (Apollo 11), Alan Bean (Apollo 12), Edgar Mitchell (Apollo 14), Charlie Duke (Apollo 16) and Harrison Schmitt (Apollo 17). The astronauts emerge as eloquent, witty, emotional and very human. 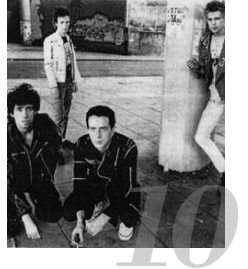 Iconic Moments in Bristish Rock: A Exhibition – Design Festival – London
The London Design Festival 2007 presented a photographic exhibition featuring rare and some previously unseen images of some of the most influential artist in British rock history. Sponsored by Boss Design, “Iconic Moments in British Rock” captures the essence of British rock from the Clash in 1979 right through to Razorlight in 2005. All images are from the Rock Archive Gallery. Founded in 1998 by award-winning photographer Jill Furmanovsky, Rock Archive has become the world’s finest print archive specialising in rock and roll imagery. Rockarchive’s distinguished contributers have worked directly at the source reconstructing the spirit of a live show.