The Discomfort Zone – A Personal History by Jonathan Franzen

The Queen by Stephen Frears 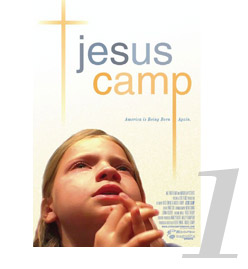 Jesus Camp by Heidi Ewing and Rachel Grady
Jesus Camp, a documentary presented at the Tribeca Film festival that was released on the 15th of September, is raising eyebrows, raising questions about evangelizing to young people. Weeping for salvation, praying for an end to abortion and worshipping a picture of President Bush are just a few of the activities at Pastor Becky Fischer’s Bible camp in North Dakota, “Kids on Fire”, the subject of the provocative new documentary. The emotional tension grows during the film, leading to a strong form of fondamentalism. 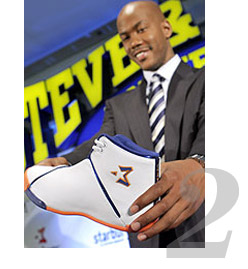 14,98 $ Sneakers – USA
Basketball star Stephon Marbury is endorsing a sneaker that costs just $14.98, a pittance when compared with the often daunting prices that companies such as Nike and Reebok. The New York Knicks guard hooked up with the low-priced apparel company after Marbury’s marketing representatives spoke with Steve & Barry’s about other marketing opportunities. When Marbury heard about the company’s sneakers, he quickly agreed to endorse them. Marbury is expected to wear the Starbury One sneakers next season and is not being paid for endorsing them, but will be compensated based on how well it sells. 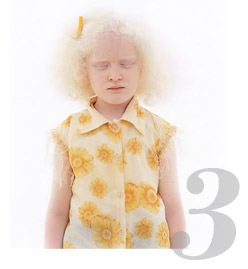 White, too white by Andreas Deffner – Hamburg
The German photographer Andreas Deffner exhibits his most recent work in the Galleria Hilaneh von Kories in Hamburg: photographs realised during the last four years in the South of India. A collection of images of Indian people affected by albinism, of various ages and sex. All those photographed were also interviewed by the Indian sociologist Tejas Joseph, in order to delineate a new conception of “genius loci’s identity”. The exhibition underlines the contradictions of a too schematic cultural representation: in fact it would not be easy to recognise instinctively the origin or the cultural identity of the portraits, Indian but physically similar to the populations of northern Europe. 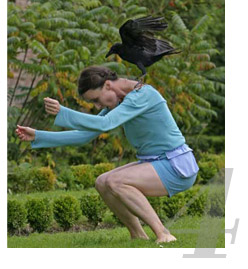 Confidence des Oiseaux by Luc Petton – Valle Sella – Italy
The Confidence des Oiseaux is an extraordinary event -a dance performance en plain air with birds- that opened the 2006 editon of the international contemporary dance Festival Oriente Occidente. The choreographer Luc Petton’s project is inspired by the story “The Birds’ conference”: a tale by the mistic persian writer Farid al-Din Abú Talib Muhàmmad ben Ibrahim Attar, that began when the remote king of the birds dropped a wonderful feather in the middle of China… A poem on identity that involves four dancers, two fowlers, musicians, a coral dance ensemble and 30 birds including storks, small parrots, crows ,Indian ducks and others. 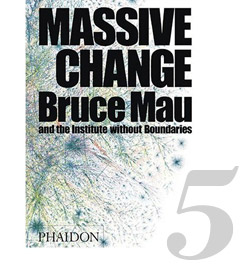 Massive Change Design Exhibition – Chicago
Design has emerged as one of the world’s most powerful forces. No longer associated simply with objects and appearances, design is increasingly understood in a much wider sense as the human capacity to plan and produce desired outcomes. Massive Change: The Future of Global Design, exhibition running at the Chicago Museum of Contemporary Arts, aims to map the new capacity, power and promise of design. Massive Change is a project by Bruce Mau Design and the Institute without Boundaries featuring symposia, performances, education programs, and related exhibitions. Explores paradigm-shifting events, ideas, and people, investigating the capacities and ethical dilemmas of design in manufacturing, transportation, urbanism, warfare, health, living, energy, markets, materials, the image and information. 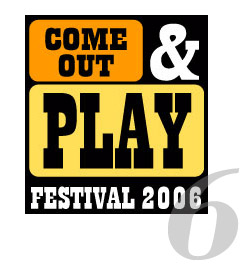 Come Out & Play Festival – New York
The inaugural Come Out and Play Festival brought the world of games out of the living room and into the NY streets. The 400-plus players participated in activities ranging from “Snagu,” a camera phone-based scavenger hunt, to “Body Pong,” a life-size version of the classic video arcade game. “There’s something in the idea of playing in public, in the social interaction and the novel use of technology that really appeals to people,” said the event’s director. Street gaming can be considered a friendly exercise in communal cooperation, an edgy way of sticking it to convention, a technology-driven look into the future of social interaction or a major case of nostalgia. Or, as is the case with many of the masterminds behind Come Out and Play, street gaming can be all of those things. 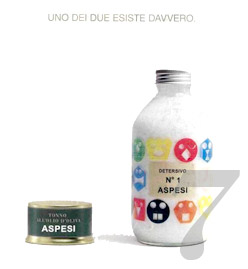 Aspesi detergent – Italy
With a cryptic communication, starting in September that appeared more times within the pages of Corriere della Sera, Alberto Aspesi launches, through a provocation, his detergent. The company, renowned clothing manufacturer has distinguished itself in recent years, other than for it’s collections, for a communicative approach of great sophistication. Aspesi’s campaigns propose an artistic inspiration, at times watertight, and has chosen a modality that is equally shocking for the launch of its detergent, presented in Packaging similar to that of a perfume. The launch was planned to take place at the same time as the opening of the Aspesi store in via Montenapoleone, Milan. 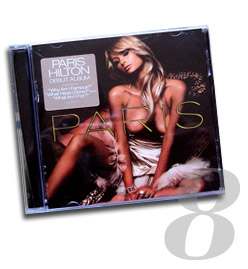 Bansky VS Paris Hilton – UK
Last September Banksy replaced up to 500 copies of Paris Hilton’s debut album, Paris, in 48 different UK record stores with his own cover art and remixes by Danger Mouse. Music tracks were given titles such as “Why am I Famous?”, “What Have I Done?” and “What Am I For?”. Several copies of the CD were purchased by the public before stores were able to remove them, some going on to be sold for as much as £750 on online auction sites. The cover art depicted Paris Hilton digitally altered to appear topless. Other pictures feature her with a dog’s head replacing her own, and one of her stepping out of a luxury car, edited to include a group of homeless people. Banksy is notorious for his secretive and subversive stunts such as sneaking doctored versions of classic paintings into major art galleries. 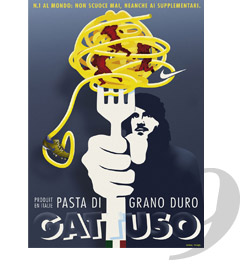 Nike Ad – Italy
Nike has recently created a campaign that, ironically and in a retro fashion, proposes an interesting match between the eight players of the Italian football national team who sponsor Nike and some traditional national products (such as pasta, furniture, fashion, etc). The campaign, cleverly created in occasion of the launch of a new line of football shoes, associates the most glorious and famous features of the Italian footballers’ team players to authentic “Made in Italy” products, a label that stands for traditional high quality. Contrarily to many marketing campaign that exploited the world-cup champions, Nike has brilliantly worked on the skills of the single player, together with the explicit wish for the return of the Made in Italy. 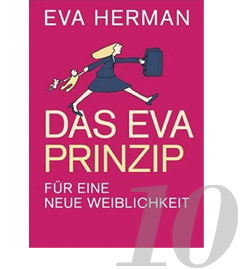 The Eva Principle: For a New Femininity by Eva Herman
Eva Herman, 47, Germany’s best-known newsreader once voted people’s favourite newsreader, provoked controversy by setting out her views in her newly published book. The fact that more than 100,000 copies of her book, The Eva Principle: For a New Femininity (Das Eva-Prinzip. Für eine neue Weiblichkeit), sold in its first 10 days, suggests that she has struck a chord with many Germans, with her attack on the motivation of career women. In the 260-page book she argues that Germany’s working women are motivated by a combination of greed and an “egotistical go-it- alone attitude” which causes suffering, “first for the family and then for the women themselves”.