The Possibility of an Island by Michel Houellebecq

Throw Down your Arms by Sinead O’Connor 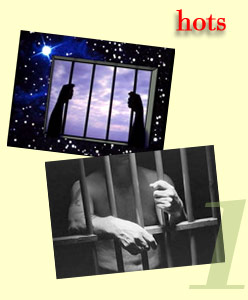 Prisoners to design own jail, UK
The architect Will Alsop is helping a group of prisoners to design their own jail. Alsop will run a series of workshops with the staff and long-term prisoners at HMP Gartree, Leicestershire, this autumn. Participants will be encouraged to visualise a “creative prison” that emphasises rehabilitation rather than punishment and security. The scheme was initiated by Rideout (Creative Arts for Rehabiliation), a company that promotes the arts within the prison system. The ideal prison, Alsop says, would give its inhabitants a sense of self-respect and would speed their reintegration into society. The project is purely conceptual, and will culminate with the participants making a three-dimensional model of their design. 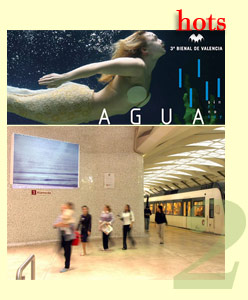 Agua, Bienal Valencia
Mirando al ma” (Looking at the see) is the last work of the artist Granell Marusela realized for the 3.rd Valencia Bienal. An installation that is born by/through the deep relation of the artist with the sea, and that interprets in a extensive way the theme of this edition of the Bienal completely dedicated to the water, intended as a precious resource, before then a source of inspiration. Granell Marusela has realized and installed several maxiscreen in different space of the town, putting on stage –24 hours a day- the mediterranean waves: a constant rithme and evocation that underline the presence, wherever and however ‘alive’, both of an place-element and of source/origin of cultures, relations, emotions, challenges and vital origins/principles. 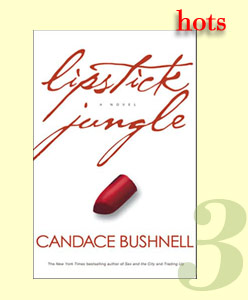 Lipstick Jungle by Candace Bushnell
Sex and the City creator Candace Bushnell returns with a juicy novel Lipstick Jungle of three high-powered Manhattan career women, each of them caught in a midlife crisis. Victory Ford, Nico O’Neilly, and Wendy Healy have achieved success in fashion, glamour, and media; but boardroom triumphs and bathrooms trysts leave them still unsatisfied.
In a way, Candace Bushnell’s picks up where her career-defining book Sex and the City left off, in the money-soaked, power-hungry, beauty-obsessed jungle that is New York City. This time around, the ladies are a bit older, a lot richer, but not particularly wiser nor more endearing than Bushnell’s earlier heroines. This racy tale of women behaving badly manages to shrewdly flip the tables to show us how gender roles are essentially interchangeable, given the right circumstances. Whether that was Bushnell’s intent when crafting this wicked tale is another story. 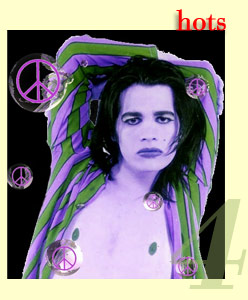 Aviv Geffen in Bat Ayin, West Bank
Aviv Geffen, is a 32 year old pacifist Israeli rockstar, who has lived for eight days inside Bat Ayin, an ultra orthodox colony, true and proper outpost of the occupied teritorries of the west bank. This adventure, lived together with Guy Meroz, journalist and symbol of the average liberal, was recorded and successfully transmitted by the Israeli TV broadcaster Yes. Very few were the moments of reconciliation between Geffen and the colony members: the singer only managed to admit with jealousy the idealism of the population and agreed to register a song with Hoshan, a young colony member. 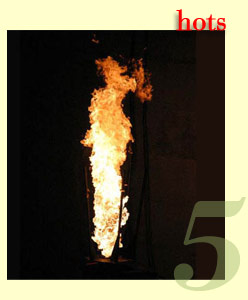 Flame Tornado, Theatre Festival at the Biennale, Venezia
“Pompei – The Romance of the Ash”: the title of the 2005 Theatre Festival at the Biennale di Venezia, and a purpose in order to explore and put in light the hidden expression of the contemporary theatre. The Festival has opened with the performance of the “pyro-expressionist” artist Kevin Binkert, from San Francisco that put on stage a fiery parenthesis: a 13 meter high tornado of fire. Fire has always exercised a magnetism through the simplicity of its presence, because it is alive and perennially scintillating and Binkert has worked for years with this element, shaping it like sculpture, taming the natural and spontaneous direction of the tongues and forcing them into the shapes he derives from the principle of fire choreography. The theatrical quality of fire and Binkert’s skill in taming its power, allow him to present this biblical-like vision of a column of fire. 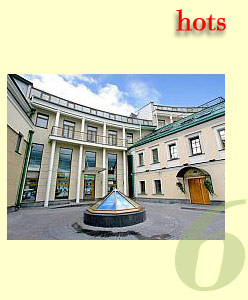 Russian Abroad Foundation Library, Moscow
The Russian Abroad Foundation Library, inaugurated in Moscow, is a cultural centre dedicated to the history of Russian emigration. This new library houses the stories of those who were forced to live around the world because of the Bolshevik Revolution and has the intention to keep the heritage and history of this population safely preserved. Many journals, documents and letters that had been collected privately in the last decades, are now gathered together for public view. Besides the correspondence of generals, the library houses the papers of such illustrious emigrates as author Ivan Bunin, opera singer Fyodor Chaliapin and aviation pioneer Igor Sikorsky. 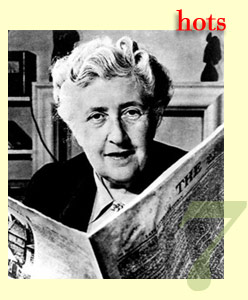 Agatha Christie Week, London
One week dedicated to the British Lady of crime. Agatha Christie Week coincides with the 115th anniversary of Christie’s birth and the 75th anniversary of the publication of the first Miss Marple novel. The week starts at the British Library (13 September) with “75 years of Miss Marple: Murder, Mystery and Mayhem”, giving scholars and enthusiasts the chance to debate her relevance.Christie sold more than two billion books, translated into 103 languages. Only the Bible and Shakespeare’s works are said to have sold more.For this occasion Greenway House, the country house where Agatha Christie wrote some of her most popular mysteries is to be opened to the public for the first time since her death in 1976. 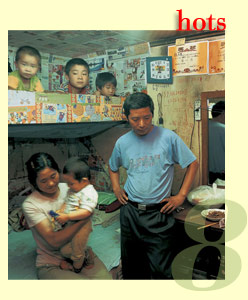 Shangai Families by Hu Yang, Shanghai
In the last two years, Chinese photographer Hu Yang has interviewed and photographed 500 local, migrant and foreign families covering a variety of professions, in their Shanghai homes. The result is presented in a fascinating exhibition, entitled Shanghai Families, that illustrates through photographic material the dramatic differences in living standards in today’s Shanghai. Amongst the exhibits there are photographs of the city’s billionaires as well as middle-class people and even its poorest families. The images show the status and environment of the different classes in modern Shanghai, and reflect the various social problems. 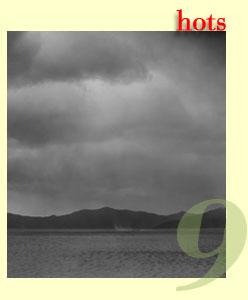 Cook’s sites, Sidney
A Exhibition that has been ten years in the making, offers a fascinating look at the three voyages of Captain James Cook, a British navigator who steered the first extensive European exploration of the South Pacific. The contemporary works of New Zealand photographer Mark Adams evoke the places central to Cook’s life and voyages, from the English port of Whitby where he began his sailing career, to the lava coasts and Hawaiian temples of spectacular Kealakekua Bay where he met his end. In between, we are taken to the remote and beautiful waters of Dusky Sound in New Zealand, the luxuriant Tahitian tropics, and the beaches of Northern Australia. Nicholas Thomas, an australian born writer and anthropologist curated this exhibition and acknowledges both the violence of Cook’s invasive encounters as well as the moments of cross-cultural discovery and reciprocity. 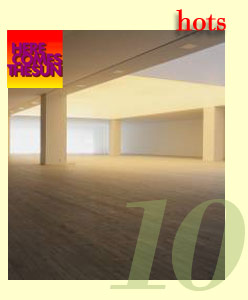 Light, time and cosmogony, Two Swedish Exhibitions
In Sweden, two exhibition explore time (as weather influences and as flowing time) and space (celestial, in its physical and mithological senses) with experimental touch and vibrant poetry.
With a completely new work – The light setup – Olafur Eliasson transforms Malmö Konsthall into a gigantic experiment with light. The larger part of the exhibition space is divided up into different zones in which daylight is intermingled with artificial light. In these zones we can experience the shifts of colour and temperature in both forms of “white” light. The other portion of the gallery space is bathed in an intense yellow light which transports us into a black-and-white world. In the exhibition (open until 22 January 2006) Eliasson uses light in a concrete form and provides us with experiences while simultaneously commenting on its history and mythology. The Magasin 3 Stockholm Konsthall, one of the leading institutions of contemporary art in Sweden, presents (until 4 December 2005) Here Comes the Sun. It is a big collective exhibition on cosmology, time, and our most prominent celestial body, where the artist has worked on the various aspects of time and its flow.