The European Dream by Jeremy Rifkin 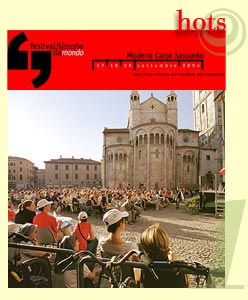 “Intellectual Festivals” in Italy
“Town Square Festivals” are confirming one more time their success as a new way for people to meet and dialogue with experts, about some specific and interesting themes. In particular, “Intellectual Festivals” are gaining great approval among a vast public, during the meetings, events organized in the city squares and streets. FestivalLetteratura (Literature Festival) in Mantua, is probably the father of these events and, at its 8th edition, had a public of 50 thousand visitors, who came for the rich program of 250 meetings. Also FestivalFilosofia (Philosophy Festival) in Emilia Romagna, at its 4th edition, had a great success and the cities personalities are talking of the birth of a “cultural district”. The first edition of Festival della Mente (Mind Festival) in Sarzana, Liguria, about human creativity, has been attended by 12 thousand visitors. 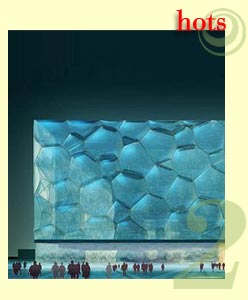 Water Cube, Venice
The project National Swimming Centre for the 2008 Beijing Olympics won the special prize for the section atmosphere at Metamorph, the International Architecture Exhibition at ‘Biennale di Venezia 2004′. The project, known as the ‘Watercube’ (realized by the australian studio PTW Architects), plays on the geometry of water bubbles, fantastically crystallised as a massive rectangular form. The building’s skin, made from an innovative and lightweight transparent ‘teflon’, abbreviated as ETFE, has been designed to react specifically to lighting and projection – and particularly the advanced systems which will become available in the coming four years – to create a stunning visual and sensory experience that will also be shared by millions of television viewers around the world. 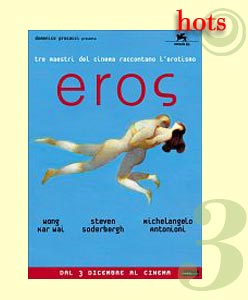 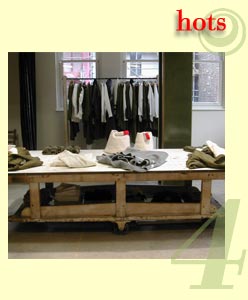 Comme des Garcons, Dover Street Market – London
On September 12th this year – maybe because September 11th would have been unlucky or unfair – the new Comme de Garcons’ shop in London, Dover Street, opened its doors, with the name of Dover Street Market. For the inspirational concept is that of a street market , though a revisited one which contains several elements that remind of something between an art gallery and a cool domestic ambience. The four floors – plus a lower ground floor – sell women’s and men’s clothes and accessories – sunglasses, shoes, bags, jewellery, perfumes and also music -, displayed on shelves of rough wood, metal and glass, while the floors, walls and roofs are all concrete, reproducing a loft like style. More than half of the assortment are branded Comme des Garcons, though several new designers are in stock, i.e., Boudicca, Emma Hawkins, GUM, Azzedine Alaia, etc. A nice surprise, on the fourth flour, is the Rose Bakery, home-made cakes and biscuits and a small but good collection of teas of a good price. 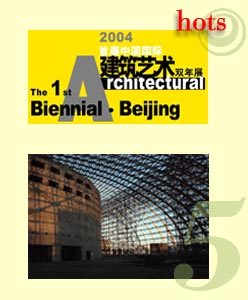 First Architectural Biennial, Beijing
The First Architectural Biennial of Beijing is not only the first great serial exhibition of architectural culture and the building industry but also the largest architecture show and architectural theme activity in Chinese history. Fifty-two internationally acclaimed architects will be showcasing their latest designs at the biennial. The exhibition is divided into nine sections, including a section called ‘Brain Cells,’ which will be devoted to work produced by various research institutes such as the MIT Media Lab and Bauhaus Kolleg in Dessau, Germany. 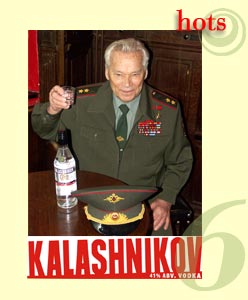 Kalashnikov vodka, London
He is best known for inventing one of the world’s most famous weapons, the AK-47 assault rifle but Lieutenant-General Mikhail Kalashnikov’s name is now to be found on a new brand of vodka; a vodka made in Russia with labels made in Scotland and the whole thing put together in Essex by an English entrepreneur. The 84-year-old hero of the former Soviet Army was recently in London to launch the vodka (he is the honorary company chairman of Kalashnikov vodka) at the Boisdale Club in Belgravia along with the company founder, John Florey and the beloved Nikita Girls. Kalashnikov vodka has been four years in the making, two of them spent tracking down the elusive general and persuading him to lend his famous name to the new premium drink that Florey hopes will be a hit with the young urban club crowd in Britain. The vodka is made in St Petersburg by a leading Russian distiller using Russian grain and “live water” from Lake Ladoga. 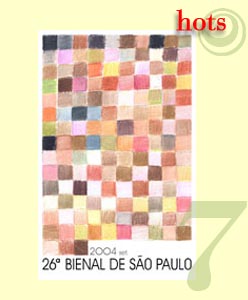 26th Bienal de São Paulo, Brazil
The theme of the 26th Bienal de São Paulo is based on the concept of “Território Livre” (Free territory), which involves various dimensions: it has a physical-geographical, a socio-political as well as an aesthetic dimension – the latter being of greatest interest in the context of this exhibition. The Bienal de São Paulo is an extraterritorial zone where artists erect their utopian settlements. Each artist is called upon to make a new survey of this no-man’s-land and to draft its contours. 55 countries from all continents have brought the best and most relevant of their present production to São Paulo. With a total of 135 artists, the Bienal de São Paulo remains one of the biggest international exhibitions. In addition to an intensification of the North-South dialog, the Bienal´s aims include the promoting of links between non-European cultures along a South-South orientation. 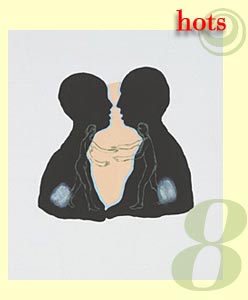 VERYeye2eye, Fashion Week – London
Eye2Eye, a designer shoes and accessories showcase is one of the most interesting events of the London Fashion Week. For the first time there was no official catalogue regarding the exhibited products and participant designers but a fashion accessories art and lifestyle magazine was published for the occasion, called VERYeye2eye. VERYeye2eye offers a freefall look at contemporary creativity and is the result of collaboration between the creative team of VERY magazine, which includes collaborators who are international experts on style, art, design, and eye2eye. 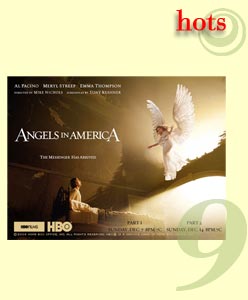 Angels in America, Emmy Awards – USA
This TV miniseries lasting 6 hours, has conquered the Emmy Awards for the category TV miniseries, after having gained 5 Golden Globe’s. Angels in America confronts two hot topics: the affirmation of one collective homosexual conscience and the appearance of AIDS. In truth, the film speaks above all about love, death, family, all of the universal topics. Great part of the success of this film is tied to the talent of it’s protagonists, expecially Meryl Streep who interprets more than a single role, a mormon, a rabbi and a ghost and Al Pacino, a shady homosexual businessman. 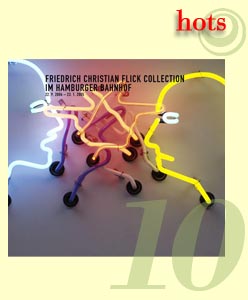 Friedrich Christian Flick Collection, Hamburger Bahnhof Museum – Berlin
The Friedrich Christian Flick Collection, one of the most significant collections of contemporary art in the world, has been presented to the public for the first time in a large-scale special exhibition at the Hamburger Bahnhof Museum, that is scheduled to run until 23rd of January 2005. It presents a broad cross-section of approximately 400 works belonging to the art collector Friedrich Christian Flick. Flick’s family history plays a special role. Indeed, the conversation addresses all of the issues that have been subject of the enduring and controversial debate in the German media and serves to document the various public discussions.