The return of Napster

The English Roses by Madonna

The Above The Below by David Blaine 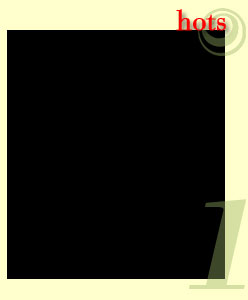 Nuit Noire & Nuit Blanche, Rome
On September 28 a sudden electrical blackout has darkened the Italian night. The impact was particularly strong in Rome where the Notte Bianca was being held: a series of artistic and cultural events organised by the council of the city, following the example of the Paris Nuit Blanche. The public, one million people according to the estimate, remained in complete darkness; the passengers of the underground lived moments of real panic. “It was the darkest night of my whole life” a spectator declared. 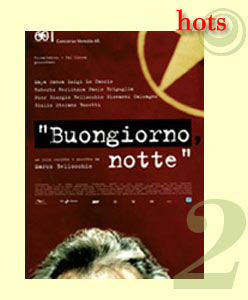 Buongiorno Notte by Marco Bellocchio
The kidnapping and murdering of Aldo Moro, the Italian politician of the Christian Democrat party, is here observed from the “inside”. The cohabitation of the terrorists and the statesman is analysed in its “domestic” and “every day” dimension, in order to give a personal interpretation to one of the hard pages of Italian history. The place and the overall story are represented – through the sensitivity of Chiara, the young Brigate Rosse terrorist – as an experience of claustrophobic captivity: for the politician, but also for the terrorists themselves, stuck in the intransigence of their ideology that does not allow any reconsideration of thought. 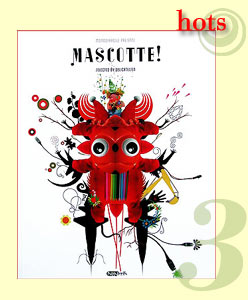 Mascotte!
Mascotte! is a volume entirely dedicated to nice mascots, funny puppets, fascinating 3D characters and their original applications. The book is more than a simple collection of “cool” objects: it is an effective collection of images coming from the best 26 studios, artists and graphic designers, especially from France and Japan, undisputed masters in this field. Mascotte! reveals the expression and communication potentials of the “cartoon-like characters” in several contexts like design, illustration, photography, advertising, fashion and even interior design and food. 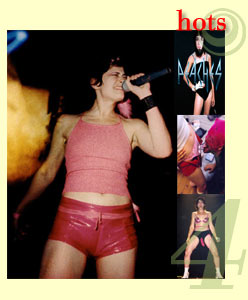 Peaches
Merrill Nisker, in art Peaches, is a former elementary school teacher who is becoming more and more successful on the American and European stages. Her latest work, entitled Fatherfucker, is definitely launching her in the international scene. Her concepts are real strong performances, with sado-masochist actions and explicit Sapphic behaviours. The cover of the record portraits her as bearded and arrogant, and the music she proposes is a punk hardcore with rap and electronic elements. Born in Canada, she now lives in Berlin where she already astonished the independent scene with her previous work The Teaches Of The Peaches, an album that gave her initial success and that started to spread the term “electro clash” as a new frontier of avant-guard music. 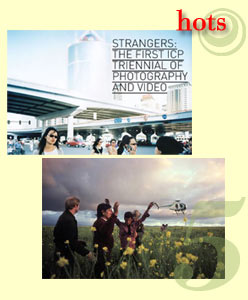 Strangers and Crossing, USA
The sense of cultural, mental, social and individual frontiers is the theme of two photography exhibitions in the United States. “Strangers” is inaugurating its first edition of the Triennial of photography at the New York Institute of Contemporary Photography: 40 internationally famous photographers exhibit works that talk about the relationship with the “other”, the different and the unknown. Crossings at the San Diego Museum of Contemporary Art, is presenting the work of the photographer Alex Webb who has been developing his art for 30 years in this narrow land between the US and Mexico: it is a deep reflection on the meaning and the overcoming of ‘frontiers’ as well as the contact between two worlds that are so different one from the other. 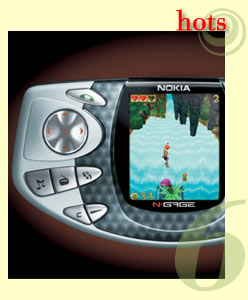 N-Gage by Nokia
Among the main meanings of the English verb to engage there are «to absorb the attention » and «to take part in a conflict or in a fight». Nokia could not chose a better name to identify its new portable console of videogames: N-Gage , that is the promise of hours and hours of challenges and entertainment to experience alone or with friends. But since in the term we can also see the presence of the term gadget, it becomes clear that this product has more potentials than the one usually exploited by gaming consoles such as GameBoy Advance SP, the Nintendo mini-console that has the monopoly of the market and with which Nokia is entering now direct competition. 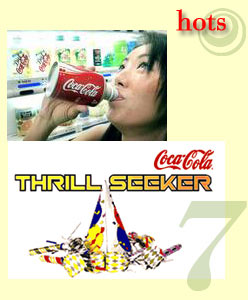 New Coca Cola packaging
After years of scarce innovation in the packaging of soft drinks, big novelties are coming from Japan and Australia. The first revolution concerns the launch of a “bottle-can” proposing a new way of drinking Coca Cola: the can is equipped with a bottle-neck that also allows to close the container. On the other side, Coca-Cola in Australia is ready to distribute – during the rugby world championship – 20 bottles equipped with a Gps system, within the “Thrill Seeker” promotion. The transmitter-receiver is able to detect the winner of the competition as soon as the lucky bottle is opened. 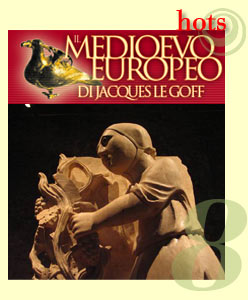 The European Middle Ages of Jacques Le Goff, Parma
The exhibition is an interpretation that is offered to us through the eyes of the great Middle Ages expert on one of the most complex and fascinating historical periods of the Western society. With 60 pieces exhibited, coming from European museums, the exhibition presents the Middle Ages as a moment of deep transformations of the social structures of the time, a long period made of common people and suburbs, not of great characters, in which Europe is a hybrid continent, generated from the combination of populations and cultures. The sensational events leave space to every day life, letting us discover a colourful and bright Middle Ages. 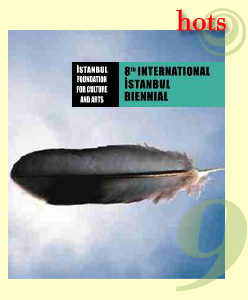 International Biennal, Istanbul
On the occasion of the eighth edition of International Biennal in Istanbul, 85 artists coming from 42 Countries in the world investigate the problems of “justice” and “globalisation”. The event – organised by the Istanbul Foundation for Culture and Arts, saw Dan Cameron as its curator, and it will last from September 20 to November 16. The city on the Bosphorus hosts a rich selection of works dedicated to the theme of Poetic Justice: what is justice today? How does justice influence the artistic and cultural worlds? Is it possible to have justice in a globalised world? 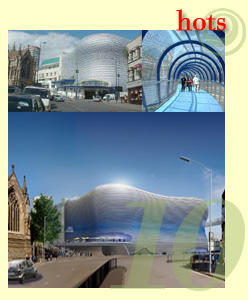 Selfridges, Birmingham
On September 4th 2003 the skyline of the city of Birmingham (UK) has completely changed. Selfridges, one of the historical department stores in London, opened in 1909 and showing until the beginning of this month only one prestigious store in Oxford Street in London, inaugurated a new, dramatic store in Birmingham that marks a new step on shop architecture. Four storeys high and wrapped in a sinuous, seamless outer skin decorated with 15.000 spun aluminium discs painted blue, like some Paco Rabanne dress on the ’60, the new Selfridges store is a truly audacious achievement. Designed by Future Systems – the architects of the Space-Age media centre at Lord’s cricket ground in St John’s Wood – this unexpected building detached from the other building in the new Bull Ring shopping centre in which is located for its futuristic shape.