UP by Peter Gabriel

The Hydrogen Economy by Jeremy Rifkin

The Rising Tour by Bruce Springsteen 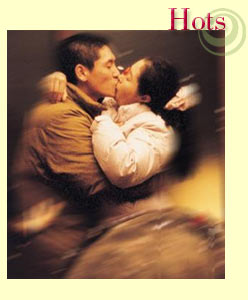 Oasis by Chang-dong Lee
A Korean film which, in talking about the fringe area of society and difficulty in communicating, expresses a great sensitivity in listening to and appreciating difference. A young social misfit recently released from goal meets a spastic girl and is fascinated by her, succeeding in establishing with her a tender relationship of complicity which is not understood by the world “outside”. An intense parabola reminiscent of Almodovar’s Talk to Her (Hable con ella), though giving, in place of the humour, an entirely oriental interpretation of the theme. 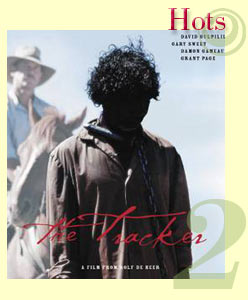 The tracker by Rolf de Heer
An Australian film filmed at the heart of the continent, which emphasises the dramatic differences between two views of the world (the white man’s and the aborigine’s), which are set against each other in a relationship of apparent submission on the part of the aborigine to a boss who, though holding the levers of power, is defeated from the points of view of establishing deep harmony with the outside world and ability to “balance” personal energies in relation to the cosmos. 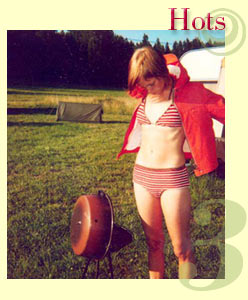 IVANAhelsinki
A Finnish brand, which came into being as producer of matches and camping equipment, starts making fashion articles. The brand’s founder is Ivan J. Paolovski, A Russian who emigrated to Helsinki in 1938, then occupied by the Russians. He sets up the northenmost match factory in the world. His plan pursues the idea of an ascetic and secluded life, an ideal that is also shared by his workers, who every Saturday decide to go camping together. The factory becomes so large that it occupies an entire quarter of the city, giving life to what is nowadays known as East Helsinki. For a number of years now the company has been producing clothing under this brandname, clothing with simple and comfortable forms, with a rough and ready, Spartan appearance, with monochrome prints in green and red, possessing an allure that respects the Soviet origins of the brand. 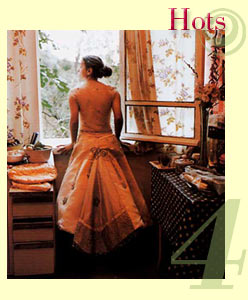 TATA-NAKA
This young brand of clothing is designed by a pair of twins, Tamara and Natasha Surguladze, stylists who gained their diplomas at the prestigious St. Martin’s in London. Their main and constant inspiration is the everyday life of Georgia, their country of origin: the wallpaper in their mother’s bedroom, the ruined country houses, the roses in the gardens. The connecting thread of the AW 2003 collection – recently presented at the London Fashion Week – is an avant-garde Georgian film: some images stolen from the screen are the hen, a woman with a handkerchief on her head, a flying machine. These themes recur in the prints and in the forms of the clothes; they give to women a simple and feminine silhouette, a touch of understatement and of relaxation. The colours are defined but not gaudy and go from mint green to baby blue, from straw yellow to face-powder pink, almost always on white bases. 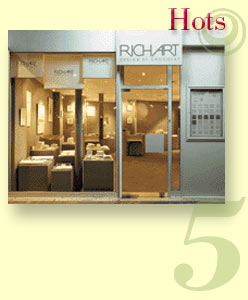 Chocolate shops in Milan
You who love chocolate bars, creamy spreads and chocolates: yours is not a vice, but a virtue. Refinement, good taste and “sophistication”, what better than these words is able to describe the world of chocolate? A hero in its every form and authentic pleasure for the palate: on its own, accompanied, in powder form, with hazel-nuts or without, in a cup and flavoured with hot chilli pepper to remind us of its ancient Central America tradition. Some have dared to use it in pasta, with red meats and in the most fashionable aperitifs, molten on kebabs of strawberries and melon. Was it or was it not, moreover, the food of the gods ? The new entry into the chocolate shop panorama is Richart, whose Milan premises opened for business on 26th September. 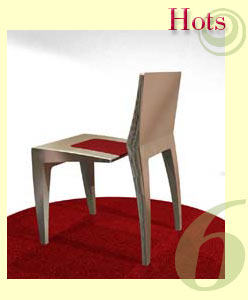 Industrious Designers
This Exhibition, hosted for the second year running in the quarters of the cultural shows organised as part of the fair Abitare il Tempo in Verona, becomes continuative. The creative and contrasting energy of the Israeli designers offers in fact a continuous process of reflection between the global identity of the design and the local and emerging identities that become engines, generators of innovation. It is an event worth keeping an eye on, being the mirror of the evolution of a design that is advanced and, in part, not yet conditioned by the market and by the large international companies. 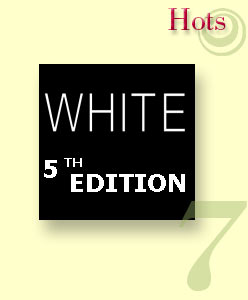 WHITE 27-30 September 2002
The White trade fair was held in a Milan for the fifth time. Held at the same time as the classical events of the fashion world, for the first time this venture addresses the needs of producers and designers who are not likely to be found at the traditional fairs. On the basis of a selection process, well known brands (Robert Clergerie, Evisu…) are displayed alongside up-and-coming young designers. The exhibition steps across the traditional barriers of product field by using the connecting threads of innovation and lateral observation of the traditional markets, drawing onto itself the attention of the specialised press. Even though, unlike the Salone, the event still remains closed to the city and to non-trade visitors, this experience can be considered an initial example of institutionally-based “pollination” between the two universes (fashion and design). 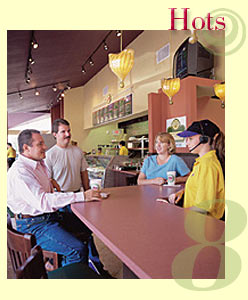 Healthy Bites Grill
There is no grease to stain the paper bag. The fried potatoes are not fried. The chickens are farm-raised. And the hamburgers are made of lean buffalo meat. The Healthy Bites Grill opened its Bocan Raton (Florida) outlet on 27th September, almost at exactly the same time that a New York man was suing four fast-food chains blaming them for his fatness. The basic idea is simple: make food that is fast but healthy. You pay a bit more and you wait for a few minutes, but nothing is pre-cooked. The play of lights is designer-created and the tables are the colour of tomatoes, courgettes and aubergines. The success with the public has been sensational: requests to open other Healthy Bites Grill are pouring in from every part of the world, from Japan to Kuwait.

Bookcrossing
Giving books their freedom. Not abandoning them like dogs on the motorways, but sending them around the world in the hunt for readers, monitored step by step on the web. This is the latest fashion of the small group of Italian readers who have been “infected” with the fad, created in America, of “bookcrossing”. This is the name given to the venture launched, in April last year, by an almost 40-year-old of Kansas City, Ron Allen Hornbake, who is the “daddy” of www.bookcrossing.com, which has as its slogan This is your happy place. And if books, unlike, or together with money, can provide happiness, then it is right to share them. Because books just wanna be free. What does bookcrossing consist of ? It simply means choosing a novel, or treatise or reference work, that you want other people (who you don’t know) to like, or detest, and leaving it anywhere, from an airport to your local bar, although not before having stuck on it the special label, which you download from the American site. A book that has “legs”, an identification number, that tells you that it has not been abandoned, but forms part of “bookcrossing”. It is recommended therefore that you read it and forward it on to others. In Italy, the slogan “set books free” is becoming increasingly more popular; in fact it is the country where most books have been given their freedom after the United States, Australia and Canada. 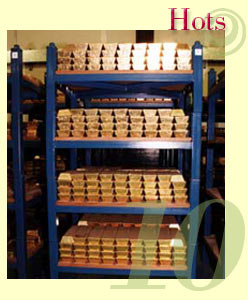 Referendum on gold
On 22nd September a referendum was held in Switzerland in which people were asked to give their opinion on the use of 1,300 tons of gold reserves that the National Bank no longer needs for the purposes of its monetary policy. Electors were presented with two possible options: to allocate the equivalent value of the gold to the AVS (Swiss solidarity fund, assimilable to a pension fund) according to a plan set up by popular initiative and based on criteria of solidarity, or vice versa assign the resources to the Cantons and to the Federation and only in part to the AVS, as per the alternative plan presented by the Federal Council. The people’s vote rejected both hypotheses, leaving in fact unchanged the reserves that have become superfluous to requirements and the utilisation of which still remains to be defined. The outcome of the referendum indicates however a decrease in the Swiss people’s inclination towards commitment to solidary and humanitarian schemes, a characteristic that the citizens of the Confederation constantly apply to themselves.