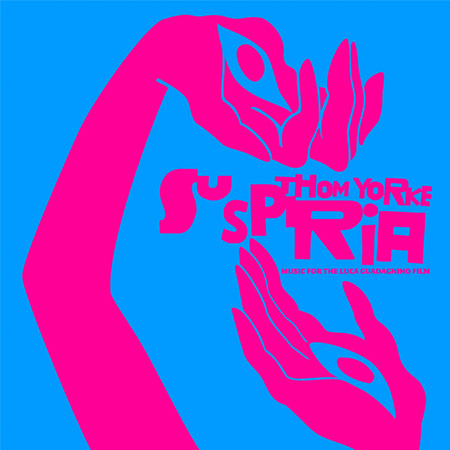 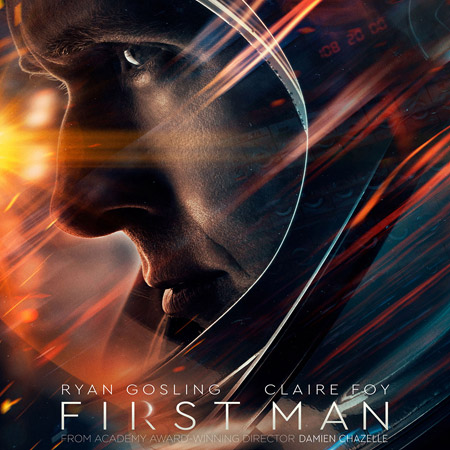 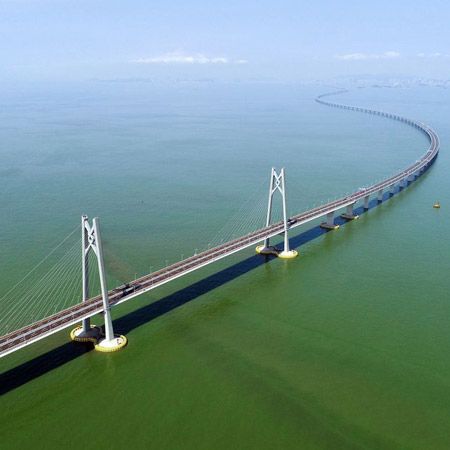 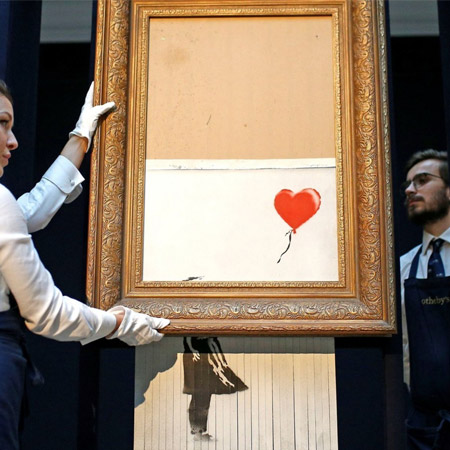 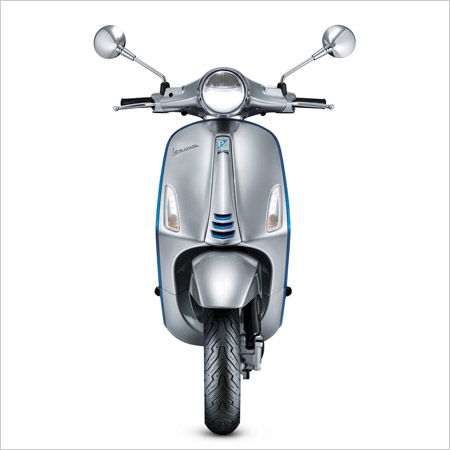 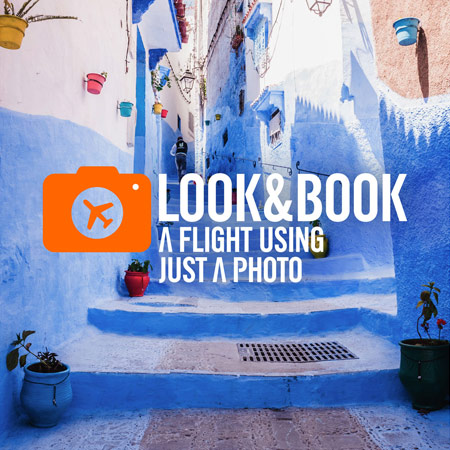 Look & Book by easyJet
easyJet launched Look&Book, an app feature allowing passengers to book flights based on Instagram pictures. With this feature it’s possibile for passengers to book flights directly by their favourite pictures from the image-sharing platform. Look&Book uses recognition technology to identify the location and find the nearest airport, and if not, the app will recommend a similar destination based on the type of trip, such as an alternative city. The main objective is to help people to find and enjoy a trip in new cities and destination in Europe. The app was projected by VCCP in partnership with Travelport Digital. “It’s fantastic how technology is enabling us to enhance and streamline the customer search and booking experience” said Daniel Young, Head of Digital Experience at easyJet. 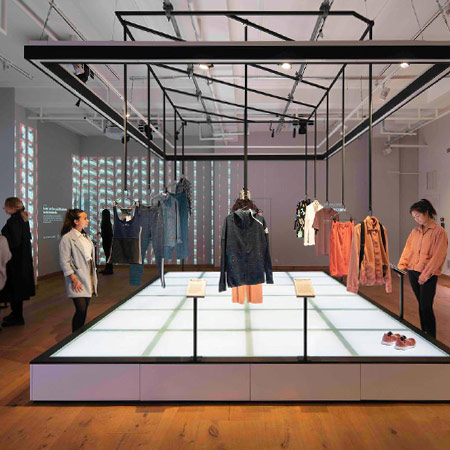 Fashion for Good Museum – Amsterdam
The first museum in the world dedicated to sustainable fashion was inaugurated in the heart of Amsterdam. It’s called Fashion for Good and offers a unique experience that encourages visitors to reflect and act accordingly. The “Fashion for Good Experience” is realized through a circular and sustainable design and focuses on the stories and processes that hide behind the creation of a dress. The museum was designed by the New York design studio Local Projects, known for the creative use of technology in creating immersive spaces. The tour of the Fashion for Good provides five steps to promote the circular economy that is: consider, choose, use, reuse, act. Everything is explained and displayed in large spaces, where visitors can concretely accomplish thirty-three different actions and store them virtually in the recycled plastic bracelets they receive at the entrance, scanning the upper part on devices positioned next to each activity. At the end of the path, visitors can review the actions they have scanned in a “kiosk” and use the information collected to create their own “sustainable clothing plan”. 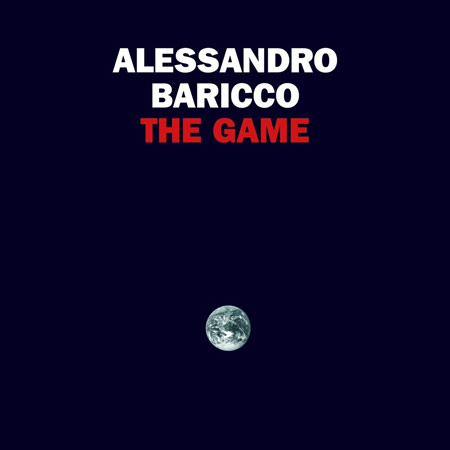 The Game book by Alessandro Baricco
The Game, an essay on the digital revolution by Alessandro Baricco, Italian author of novels, essays and theatrical texts translated all over the world. The Game offers an original reading and a new interpretation of the mutation in progress of contemporary man, rising through the technological tools that have changed the world from Silicon Valley in the past thirty years, giving it a “second heart”, the digital one. Baricco gives a chronological, hierarchical and even geographical structure to the innovations that have changed our lives since 1997, showing how the founding scheme of all this “new civilization” is precisely the logic of the game. 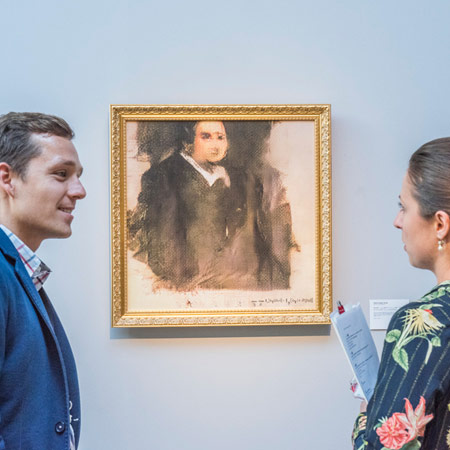 First AI portrait sells for $432,500 – Christie’s – New York
Christie’s has sold its first piece of AI art, a canvas named the Portrait of Edmond Belamy, for $432,500. The sale is unusual not only as a first for the 252-year-old auction house, but because the expected price for the print was between $7,000 and $10,000. The artwork was created by a collective named Obvious. The members of Obvious, a trio of 25-year-old French students, used a type of machine learning algorithm known as a GAN (Generative Adversarial Network) to create the picture. The network was trained on a dataset of historical portraits, and then it tried to create one of its own. Obvious printed the image, framed it, and signed it with part of the GAN’s algorithm. 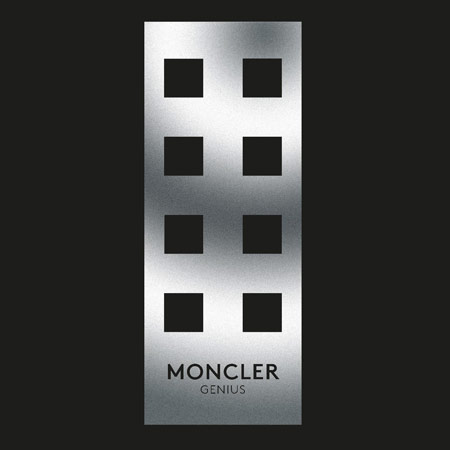 Moncler Genius Book
The Moncler Genius project was launched. It includes eight collections designed by the famous designers Pierpaolo Piccioli, Simone Rocha, Craig Green, Kei Ninomiya from Noir, Hiroshi Fujiwara from Fragment, Francesco Ragazzi from Palm Angels and the designers from Moncler, inspired by the brand’s iconic down jacket. The different creations are presented in a book with papers and layouts customized for each designer. With the Moncler Genius AR Lens app, created in collaboration with The Department of New Realities, creative unit of the agency W + K Amsterdam, you can access the contents of the book in augmented reality. The Moncler Genius Book will be available until 30 December 2018 at The House of Genius in New York and Tokyo or online at Amazon. 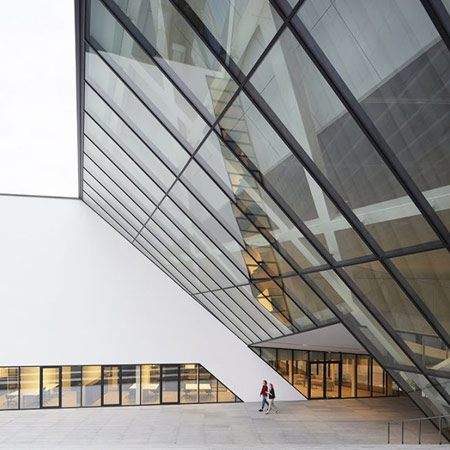 MO Modern Art Museum by Studio Libeskind – Vilnius- Lithuania
MO Modern Art Museum opens in Lithuania’s medieval capital of Vilnius. Studio LIbeskind together with Lithuania’s DO Architects and Baltic Engineers opened the Museum with an exhibition titled “All Art is about us”. Surrounded by a new public piazza located steps away from the historic medieval city, the 3,100 square-meter museum stands as an expression of Vilnius’s past and present. It is dedicated to the exploration of works created from 1960 to present by Lithuanian artists (a collection of more than 4,000 works). “We wanted to create a museum for the people of Lithuania, and also give this collection a home and an international audience. This collection is about the cultural legacy of the country” said founder Viktoras Butkus “Libeskind’s work is expressive, innovative, and, most importantly, has the power to tell the story of the past while connecting to the future of the city.” 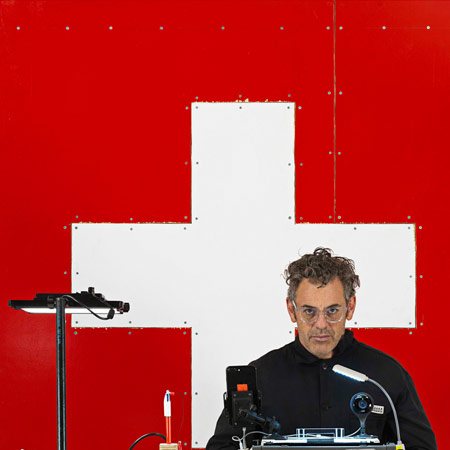 Swiss Passport Office installation by Tom Sachs – Galerie Thaddaeus Ropac – London
During Frieze 2018 in London, at the prestigious French gallery Thaddaeus Ropac, the American artist Tom Sachs, proposed an unusual initiative for 24 hours: an office for issuing Swiss Passports. On the 5th of October, hundreds of people were queuing up to grab a counterfeit Swiss passport, at a price of 20 euros, after having collected a number to fill out an administrative fake-form and taken a photo shoot. Sachs, who says he does not believe the borders between countries, wants to show that depending on his passport, the value of a person within the company increases or decreases. On the Instagram account @Swisspassportoffice and with #Swisspassportoffice hashtag, several hundred people proudly posted photos of the document obtained at the London gallery, including Russian tennis star Maria Sharapova. 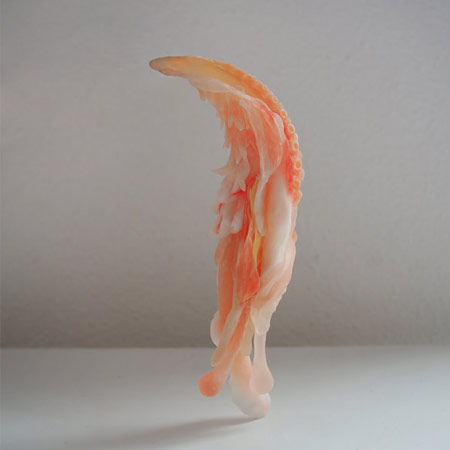 The Tiger penis project by Kuang-yi Ku – Eindhoven – The Netherlands
Kuang-yi Ku presented The Tiger Penis Project during the Dutch design week at the Design Academy Eindhoven, creating artificial animal parts to replace the use of real ones in Chinese medicine. The project offers an alternative, which prevents the further eradication of animals while preserving traditional cultures and the values found in thousands of years of medical practice. The project suggests a new hybrid medicine that bridges the conflict between health, cultural heritage and environmental conservation, recognizing the benefits traditional Chinese medicine still holds today, while acknowledges the fact that the high demand for wild animal parts in it poses a threat to endangered species. Kuang-yi Ku works as a practicing dentist and bio-artist, has developed a technique to grow these parts in the lab, merging elements of Asian traditions and western technologies together. 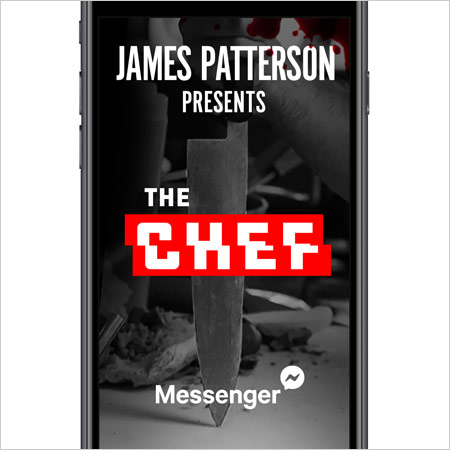 The Chef novel by James Patterson available on Messenger
James Patterson, the famous US thriller writer, made his debut on Messenger. His new novel, The Chef, will be published on paper next February, but already today it is available everywhere, in an interactive version, on the platform owned by Facebook. To find it, simply type “James Patterson” in the Messenger search bar. In addition to reading the novel, you can interact with the characters and the various places where the story takes place, watching the videos and listening to the sound included in the middle of the story. Not only that: you can choose, for example, which of the clues collected by the detective you want to analyze and also participate in question and answer sessions directly with the author (the protagonist, Caleb Rooney, instead, has an Instagram profile killerchef_nola of his own). “This experience on Messenger not only makes the story more accessible to readers of the new generation, but offers a really exciting way of reading,” says Patterson. 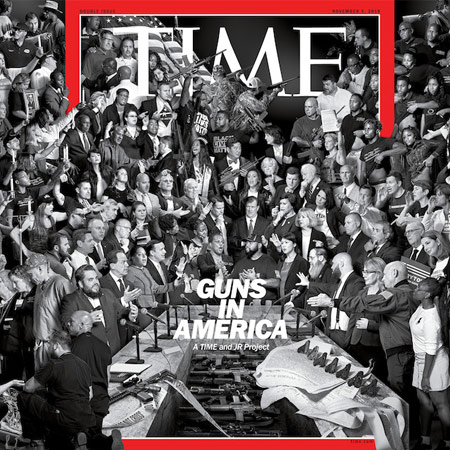 Time cover created by JR – United States
The French artist JR has collaborated with Time to carry out the investigation into the possession of firearms in the United States published in the magazine. The result is a cover that contains the vices of all 245 people interviewed. Not a classic cover, but a sort of multimedia mural, in which the people who gave rise to the debate are portrayed, a chorus of voices and opinions that overlap. The interactive cover is also available online while the interactive mural is displayed at the Pace Gallery and the Houston Bowery Art Wall in New York. In the coming months, the work will travel to several museums throughout the Country.