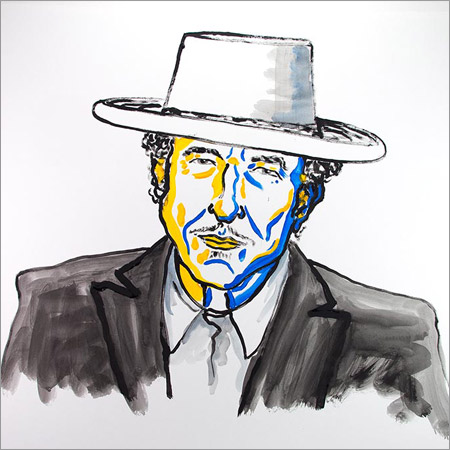 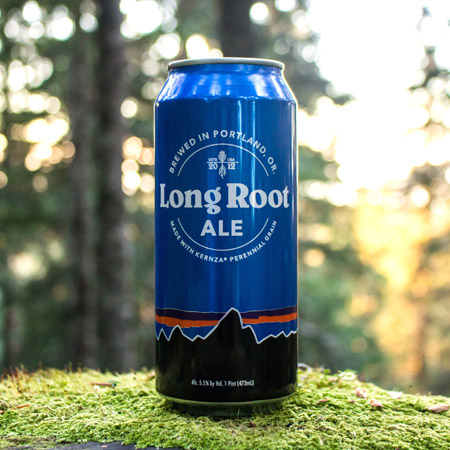 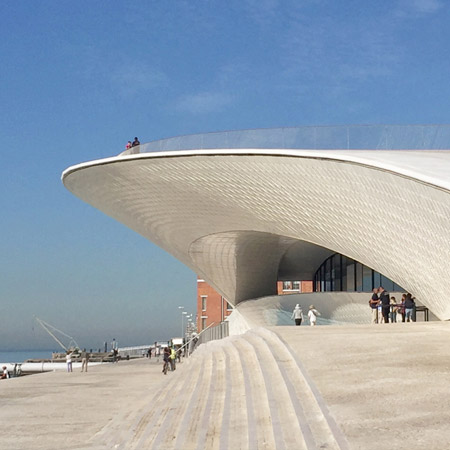 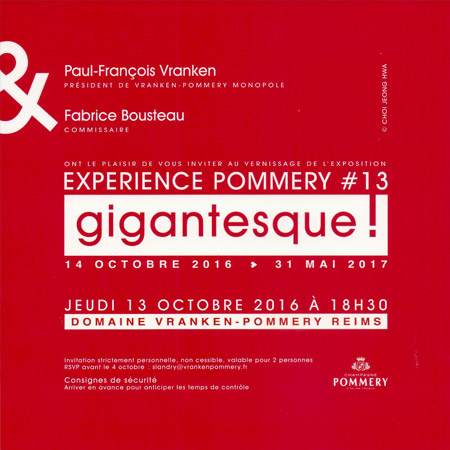 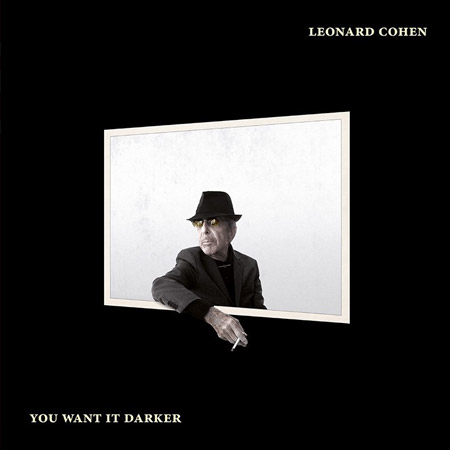 You Want It Darker album by Leonard Cohen 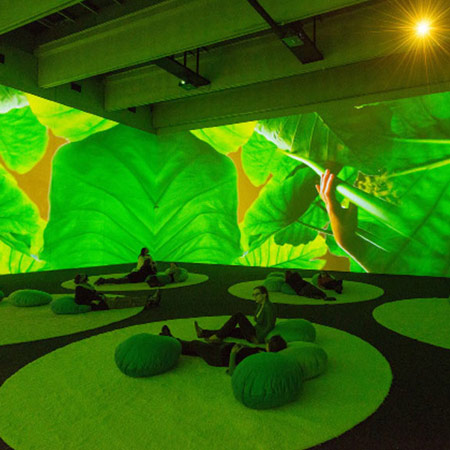 Pipilotti Rist: Pixel Forest exhibit– New Museum – New York
The Swiss artist Pipilotti Rist has gone supernova at the New Museum, New York. A 30-year survey, Pipilotti Rist: Pixel Forest, curated by Massimiliano Gioni, traces her ever-expanding journey into the wilds of video, with a rapturous fusion of lights, sights and music that ebbs and flows through the museum’s main gallery floors. It is also a journey into different kinds of intimacy: with ourselves, with one another and with nature. Naked bodies, and myriad plants and flowers, often seen under water and in immense close-up, drift and mingle amid kaleidoscopic color. And because Ms. Rist began making video in the long ago days of analog and has rarely met a technological breakthrough that she couldn’t use, the 30-year arc of her work also traces much of the medium’s progress, as explored by one of its true naturals. 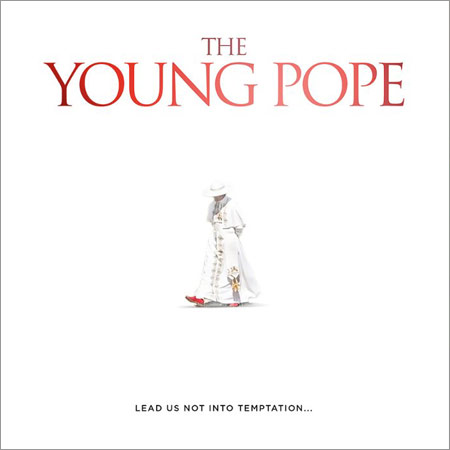 The Young Pope by Paolo Sorrentino
There was great expectation for the first television series signed by Oscar prize Paolo Sorrentino. The great original production of Sky, HBO and Canal+, has not betrayed the expectations totalling plays records and becoming one case on social networks. Judged by American critics at the Venice festival, a House of Cards in the Vatican, The Young Pope stars the charismatic, controversial and disturbing Pope Lenny Belardo, first American Pope in the history of the Vatican, fascinated by power but with a never overcome childhood trauma. Beautiful, young, by the enigmatic looks and star attitude, Pope Pius XIII is then interpreted by a huge Jude Law, which makes it a modern character and disorienting. He works very faithful to the aesthetics and the narrative film by Paolo Sorrentino, enriched with memorable characters, played by great actors like Diane Keaton and masterful Silvio Orlando. 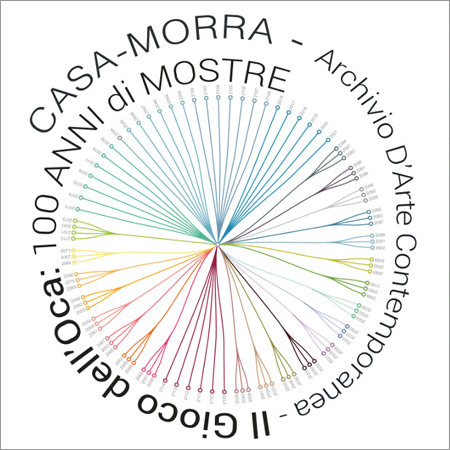 Casa Morra opening – Naples
New opening of Casa Morra, the project of Peppe Morra in Naples. It’s based in the Palace Cassano Ayerbo of Aragon, an eighteenth century complex located at Salita San Raffaele, of 4,200 square meters progressively renovated into the house of the great Morra collection consists of over 2,000 works (from Marina Abramovic to Nanni Balestrini, from Maurizio Elettrico to Urs Luthi until Charlotte Moorman, Paik Nam Jume, Giulio Paolini, Luca Maria Patella, Vettor Pisani, Shozo Shimamoto to name a few). These, in the design of the collector and cultural promoter, become the object of focus on artists, but also thematic tours that tell important names and movements as Gutai, Happenings, Fluxus, Viennese Actionism, Living Theatre, Visual Poetry up to the latest trends. 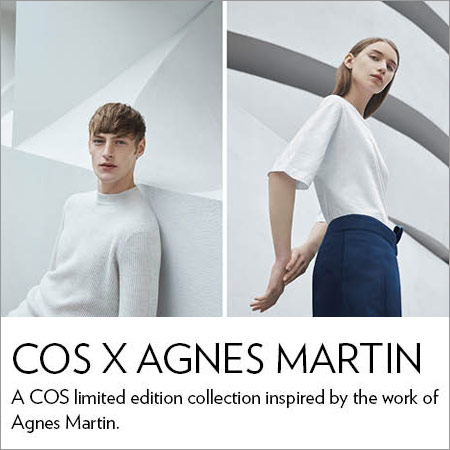 Agnes Martin Collection by COS
COS, a brand owned by the Swedish group H&M, launched a limited-edition capsule collection to celebrate their collaboration with the Guggenheim Museum in New York, as sponsor of the museum’s retrospective of American painter Agnes Martin. The collection is comprised of 12 pieces made from a unique set of textile prints and is inspired by the artist geometric compositions and her muted colours palette. Checks and stripes are hand-drawn and hand-stitched in order to reproduce Martin’s style. A portion of the proceeds from of the sale of the collection, available at the Guggenheim Museum Store and in COS stores, will be donated to Agnes Martin Foundation. 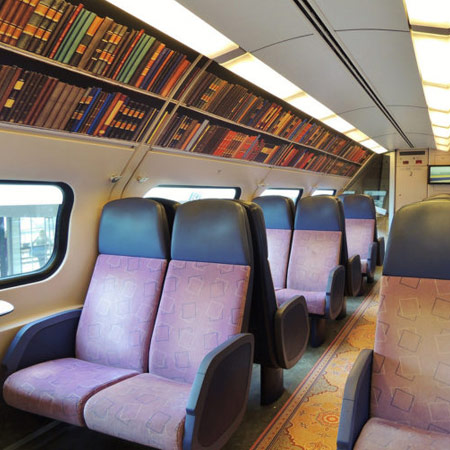 Reading wagons – NS – The Netherlands
The Dutch railway company NS has long been on its trains of wagons which urged passengers to silence and relaxation, but now has decided to propose a totally new travel experience for its travelers. A wagon designed and furnished to stimulate and encourage the reading, where the silence is not imposed, but is enjoyed through reading a good book. In some Intercity crossing the country, therefore, was set up a wagon as a real mobile library: Reading lamps, hat decorated with stickers depicting hundreds of books, tables to lay the books borrowed and carpets (drawn) on floor. On each table there is already a recommended book of the railway staff, but travelers can take the books they most desire, and above all decide to donate one enrich the existing collection on the train. “With the library wagon,” they declared the Dutch railways “we want to offer the best travel experience by practicing our beliefs: the train is the best place to read.” 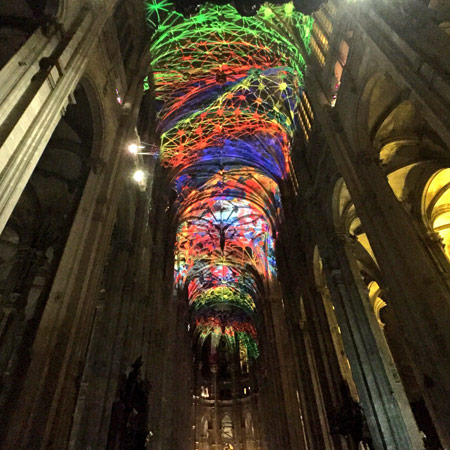 Voûtes Célestes by Miguel Chevalier – Saint Eustache’s Church – Paris
The church of Saint Eustache, one of the largest and most famous of Paris located in the first arrondissement near the Louvre Museum, was built in the late sixteenth and early seventeenth century in typical Gothic style. For the occasion of the Nuit Blanche (White Night) on 7 and 8 October, artist Miguel Chevalier realized inside the church a generative virtual-reality installation that interacts with the dramatic gothic architecture of the site. Voûtes Célestes (Heavenly Vaults) is a dynamic digital choreography projected onto the church’s chancel vaults, central nave, and cross-shaped transepts, that brings to life the volumes of the columns and the ribbed vaults before visitors’ eyes. 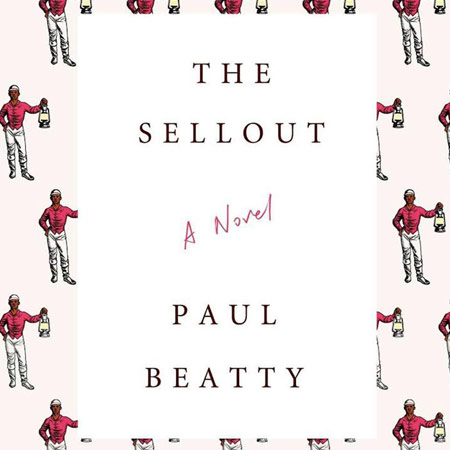 Book The Sellout, by Paul Beatty – Man Booker Prize 2016
With the novel The Sellout, the American writer Paul Beatty is the winner of The Man Booker Prize 2016, the prestigious British literary Award for best book of the year published in the UK, now at its 48th edition. It is a satire on racism and social injustice. For the first time the winner of this Award is an American writer: Paul Beatty is an African American born in Los Angeles living in New York. The prize consists of 50,000 pounds plus £ 2,500 for being among the finalists. With a style compared to the Swift one, the book tells the story of Bonbon, an African-American born and raised in Dickens, a ghetto of Los Angeles. His father, a single sociologist, projected some bizarre social experiments. When he was killed in a clash with police, Bonbon tries to restore slavery and racial segregation in Dickens. This project led him to be sued and judged before the Supreme Court. 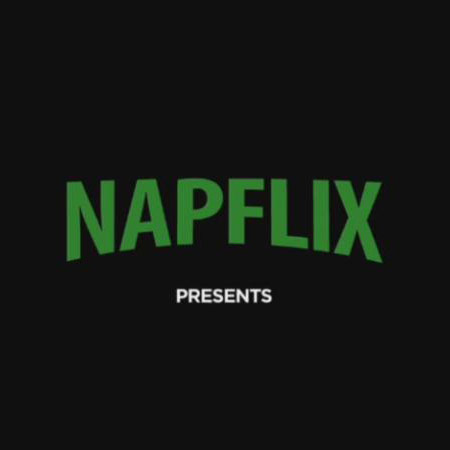 Napflix, siesta video platform
Napflix is a Spanish ‘siesta video platform’. Napflix describes itself as “a video platform where you can find the most silent and sleepy content selection to relax your brain and easily fall asleep”. There’s a menu which offers you videos on anything from religion, sports and music. Napflix primarily culls its videos from YouTube, YouTube is rife with videos promising relaxation and sleep assistance, so it makes sense Napflix would aggregate them into one. Napflix – a non-profit enterprise – is run by Victor Guitérrez de Tena and Francesc Pérez, who both work in advertising. Víctor De Tena says he was inspired after watching a typical goalless football match, “I started to think about all the things that I usually watch around my nap time that help me sleep. This generated an idea: gather all that content with the idea to build a siesta digital platform that helps you nap”. Boring videos have never been so good. 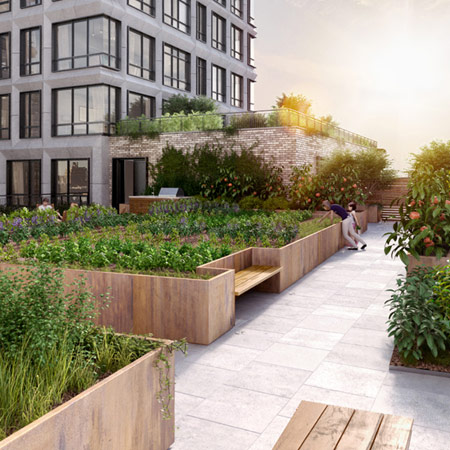 Urban farming – 550 Vanderbilt – Pacific Park – New York
While the past few years has seen an ‘amenities arms race’, with condominium buildings boasting more and more luxury facilities, a new trend has emerged designed to attract affluent young professionals – urban farming. 550 Vanderbilt is a condominium complex that forms the first of 14 residential buildings that will comprise Brooklyn’s vast Pacific Park scheme. Designed by COOKFOX architects the building features a 3,500 square-foot landscaped roof deck with private gardens for residents to cultivate and nurture their own herbs, fruits, and vegetables. The communal space is also outfitted with a grill and a full kitchen, allowing alfresco dining. 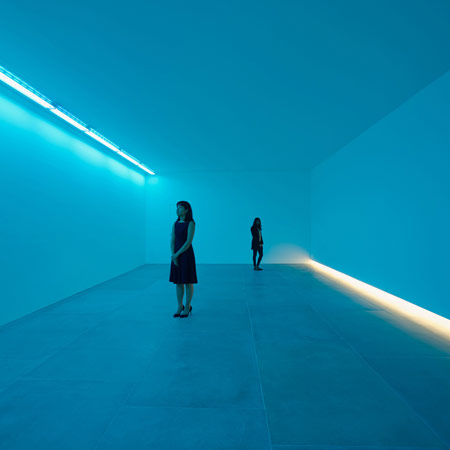 Natural Light, Blue Light Room installation by Bruce Nauman – BlainSouthern Gallery – London
Bruce Nauman’s Natural Light, Blue Light Room was originally exhibited in 1971 and is one of the first examples of an architectural intervention specifically designed to disturb, unsettle and discomfit the viewer. Installed at BlainSouthern Gallery the room serves as a petri dish within which multiple gradients of two warring light sources clash, combine and confuse. A figurehead of the minimal aesthetic, the installation is representative of the gradual desertion of tangible ‘art objects’ of the time, and the journey towards conceptual art and contemporary performance art. When visitors enter the room, they are forced to engage with the dramatic lighting that fills and animates the space. The unwavering blue light on the roof is constantly redefined and repurposed by the ever shifting natural daylight that enters from the opposite side. As the eye of the viewer repeatedly adjusts to naturalize the phenomenon, the unfamiliar environment forces the subject to constantly reposition and reset their perception of light, depth, space and distance. In this way, Nauman’s room and the conditions it creates become the ‘object’ itself, a synthesis of stimuli that have a marked psychological and physiological effect on the individual.