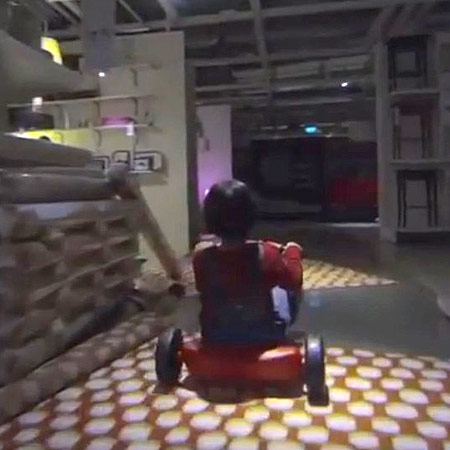 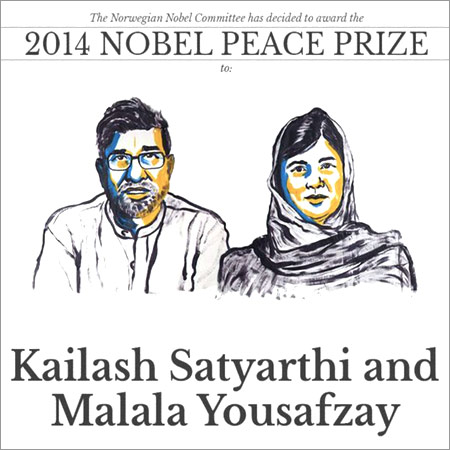 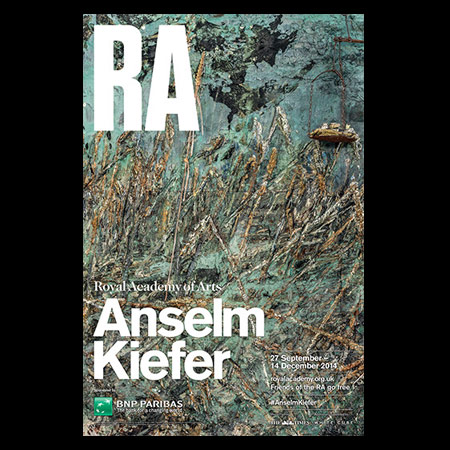 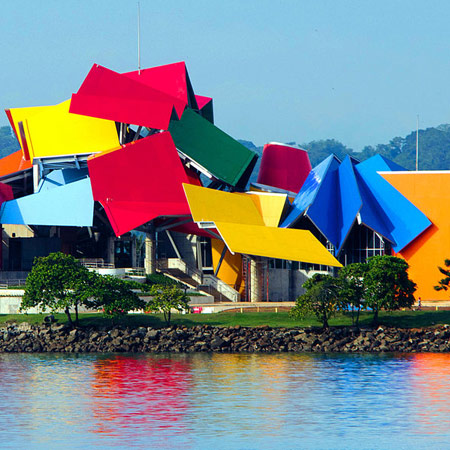 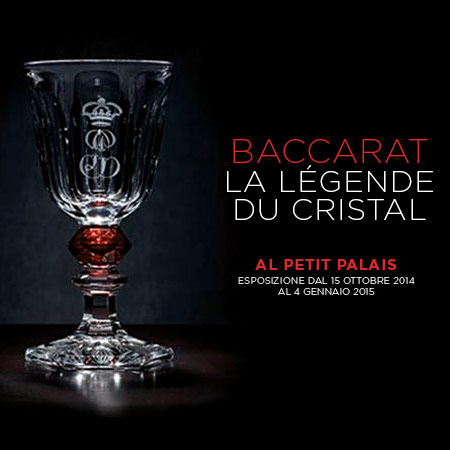 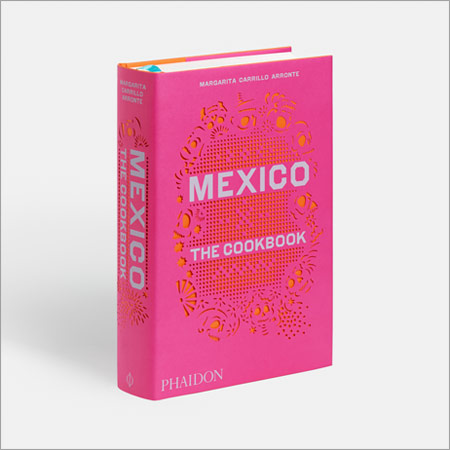 Mexico: The Cookbook by Margarita Carrillo Arronte – United States
Mexico: The Cookbook, written by Margarita Carrillo Arronte and published by Phaidon – a global publisher of the creative arts, from design to fashion, from photography to food – is a new and encyclopaedic volume featuring 700 recipes from across the entire country. Illustrated with 200 colour photographs, the book showcases the rich diversity and flavours of Mexican cuisine, which has never been more popular than now. This impressive collection has been gathered together by the author during 30 years of researching, teaching, and cooking Mexican food. For the launch in the US, on 28th October, Phaidon organized a National Taco Tuesday event, with 11 taco trucks in different locations around the country “to get a taste of Mexico: The Cookbook”. 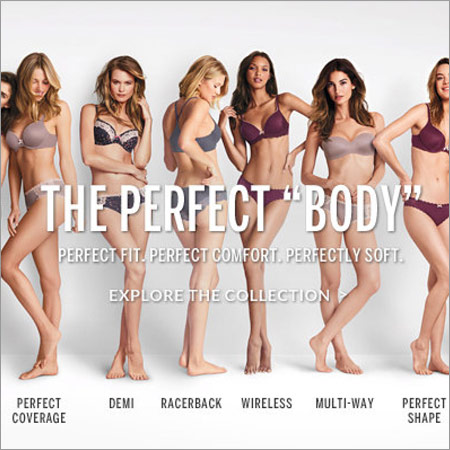 The Perfect Body ad by Victoria’s Secret
To launch a new line of bras called Body, Victoria’s Secret, the US company of super sexy underwear, decided to propose a campaign with giant posters on which the famous models, dubbed Angels, appear smiling and skinny in their underwear sets, with the claim The Perfect Body. This “double” effect phrase led three female students from Leeds to launch a petition on change.com asking the company to change the wording, and saying no to the standards imposed by Victoria’s Secret and the anorexic “Angels” of its campaign. After the launch of the petition, a counter-campaign on Twitter and Instagram was ignited by dozens of women. More than 20.000 people have signed the petition asking Victoria’s Secret to apologize for an “irresponsible,” “body-shaming” ad. 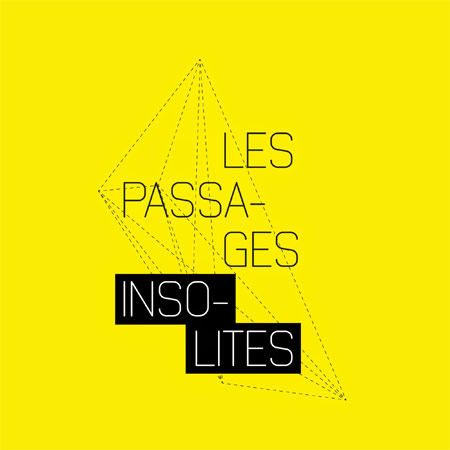 Les Passages Insolites (The Unusual Passages) project by EXMURO – Quebec City
Six vibrant and eye-catching temporary works of public art are playing hide and seek with visitors to the Old Port, Place Royale and Petit-Champlain districts of Quebec city. Collectives of young Quebec architects, designers and students prepared works for the project Les Passages Insolites (The Unusual Passages), pioneered by EXMURO Arts Publics. Financed by the City of Quebec with a sum of $250,000, the art festival aims to reshape the way we think about neighborhoods, making us question our relationship with public spaces by displaying disruptive visuals that interact with users, turning the urban environment into a whole new adventurous surrounding. “Our play field is the city. I want to create a surprise. I want people to discover a new way of experiencing their city,” explained Vincent Roy, the artistic director for EXMURO. 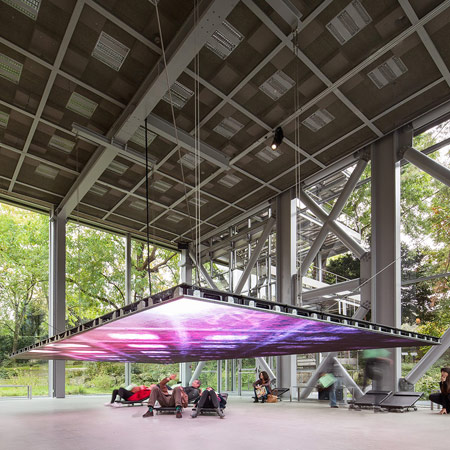 Musings on a glass box installation – Fondation Cartier – Paris
The Fondation Cartier pour l’art contemporain continues to commemorate its 30th anniversary with an installation created by interdisciplinary design studio Diller Scofidio + Refro. The building designed by Jean Nouvel is used as raw material for their work, a first in the history of the institution. Musings on a glass box occupies the entire ground floor, generating an immersive and captivating environment split between two adjacent gallery spaces, and raising questions about transparency, perception, and one’s relation to space. ‘”Using a cliché of time lapsed and the appearance of neglect, the project begins with a single, mischievous leak from the ceiling”, explains Elizabeth Diller and Ricardo Scofidio, “The two ground floor galleries interconnect in a feedback loop. Small gestures in the large gallery are amplified in the smaller one, making the familiar seem uncanny and turning the banal into the grotesque”. 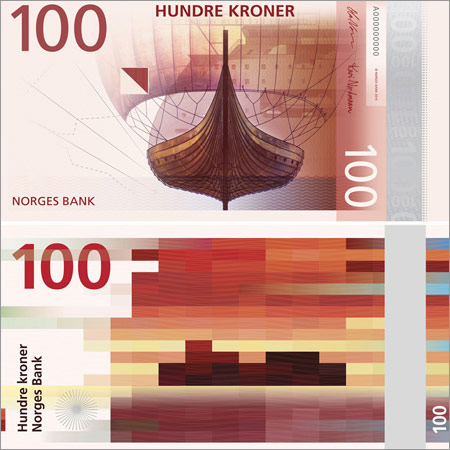 New banknotes, between pixels and tradition – Norway
Norges Bank, in collaboration with the Norwegian government, has launched a competition open to agencies and most important design studios in the country, to redesign the new notes to be printed from 2017. The assigned theme was the sea, a key element in Norwegian history. The jury (composed of a single member of the bank and five design experts) has awarded two projects, the Norwegian bank has decided to bring together, giving a side note to each winner. On the front of the banknotes will be used the design proposed by the study The Metric System, classic and elegant, for the back will be used the very original “pixelled” design from the Snøhetta architectural firm, one of the most prestigious and respected in the world. According to the jury’s evaluation, combining classic style with the style of the most innovative pixel banknote will give a modern look while respecting tradition. 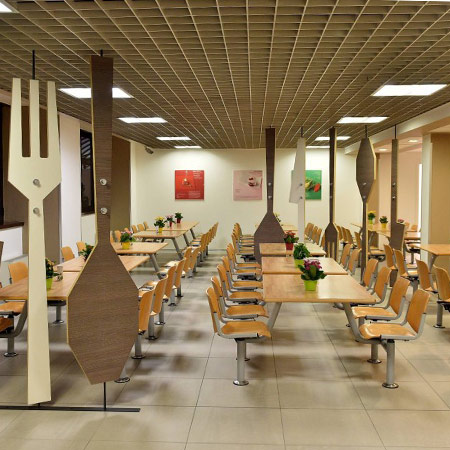 Ruben restaurant by Pellegrini – Milano
In Milan there recently opened Ruben restaurant offering full meals – almost free – for people with social problems: waiters in suits, varied menu and “gourmet” fresh and bright for a dinner that costs only 1 euro . Each day will be served to 500 guests for divorced parents, the unemployed, relatives of patients admitted to the hospital and more. The location was desired and funded by Ernesto Pellegrini, President of Inter soccer club. 50 years ago Pellegrini met Reuben, a farmer who after a lifetime of work has been dead for the homeless. To make sure tath there will be no more other “Reuben” the project had been developed in Milan. “For us, the meal is primarily an opportunity to share, and from which to reconstruct a path of independence and dignity,” it is written in the Pellegrini Foundation’s website. To access the service you must apply and, if you’re appropriate, you will receive the Ruben card. 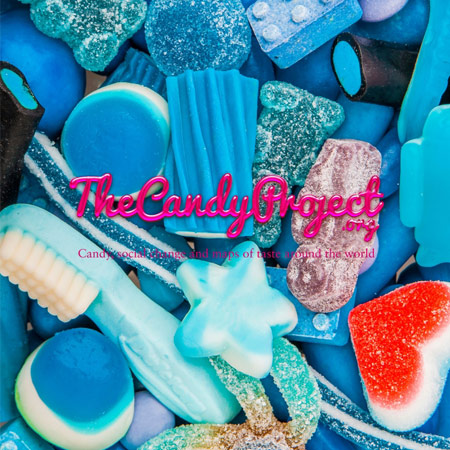 The Candy Project
The Candy Project is born, as an idea of Andoni Luis Aduriz, chef of the well-known restaurant Mugaritz, who observed, during his many trips around the world, a strong connection between culinary cultures and candies for children. With the collaboration of Inaki Martinez de Albeniz, Professor of Sociology in the University of the Basque Country, of The University of Gastronomic Sciences in Pollenzo and of Slow Food International, Andoni changed the idea in a collective project, in order to better study the socio-cultural aspects of candy consumption in different cultures, and in order to develop a real “world map” of candies’ cultural diversification. In the future, the project aims to gather sufficient information to improve their impact on nutrition. 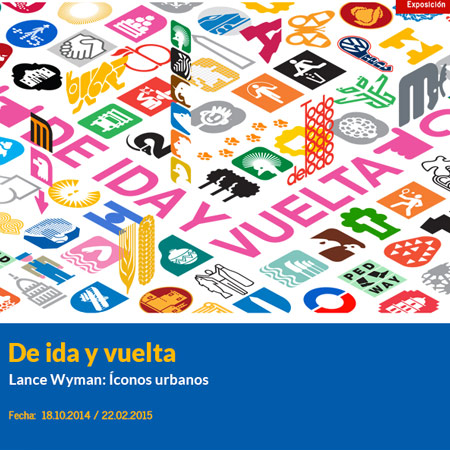 De ida y vuelta (Coming and Going) exhibit by Lance Wyman – Contemporary Art University Museum – Mexico City
Over the past five decades, the figure of Lance Wyman has remained a cornerstone of contemporary design, and his work has become an essential component for understanding the visual culture of our time. Widely recognized, Wyman’s work is based on his unique dialogue with the sociocultural context that envelops his projects. Each icon, each line, each image responds to an intense exchange with its environment, resulting in a visual grammar that is closely linked to local reality and deeply rooted in the place’s collective imagination. The exhibition “De ida y vuelta” (Coming and Going) at MUAC focuses on the heart of his oeuvre: design as an urban concept. The presence of his icons remains active in the Mexican imaginary from a social, cultural, and urban perspective, while his work itself marks a before and after in the history of national design. The projects in the exhibition were selected for their influence on the visual identification of urban life in Mexico and around the world. 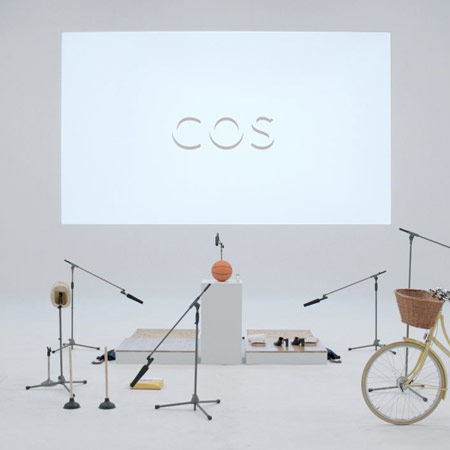 The Sound of COS by Lernert and Sander
Swedish retailer COS has teamed up with Dutch directors and artists Lernert Engelberts and Sander Plug to create an interesting little film entitled “The Sound of COS” that draws the viewer deeper into the fabric of the brand’s Autumn/Winter 2014 collection in a fantastic and innovative way. The short film, which comes in at just under two minutes, features the Dutch duo who use household objects such as flower pots, umbrellas, salt, and steel chains to surreally explore the sounds that are made when people get dressed. 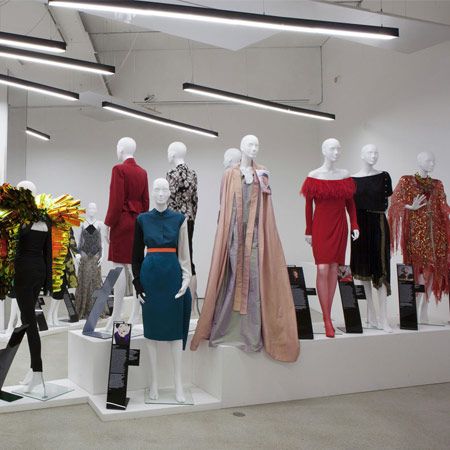 Woman Fashion Power exhibit- Design Museum – London
From the 29th of October 2014 to the 26th of April 2015, the Design Museum in London offers a look at how princesses, models, CEOs and designers have used fashion to define and enhance their position in the world. Women Fashion Power is an exhibition that looks at the last 150 years of fashion, and the statements women make through their clothing. Designed by Zaha Hadid and co-curated by Colin McDowell and Donna Loveday, head of curatorial at the Design Museum, the displays range from 19th century to today, with some iconic pieces such as Christian Louboutin shoes, a 1966 Le Smoking suit designed by Yves Saint-Laurent, a Zandra Rhodes Conceptual Chic punk wedding dress, Margaret Thatcher’s Mansfield suit, Elsa Schiaparelli’s clothing and accessories