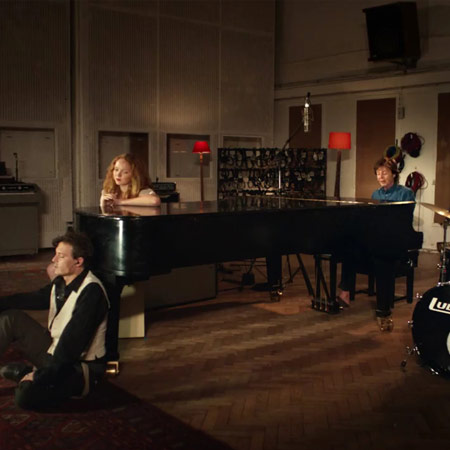 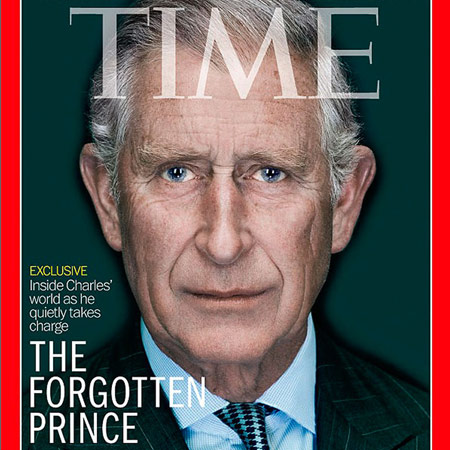 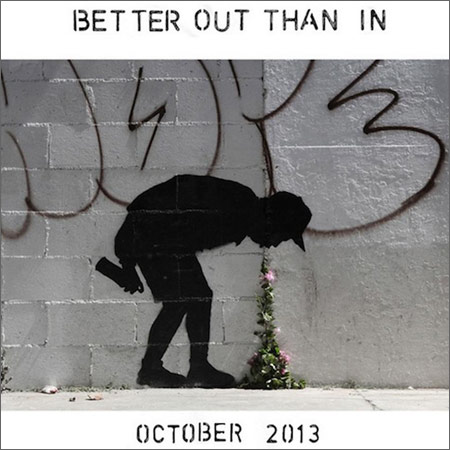 Better Out Than In by Banksy – New York 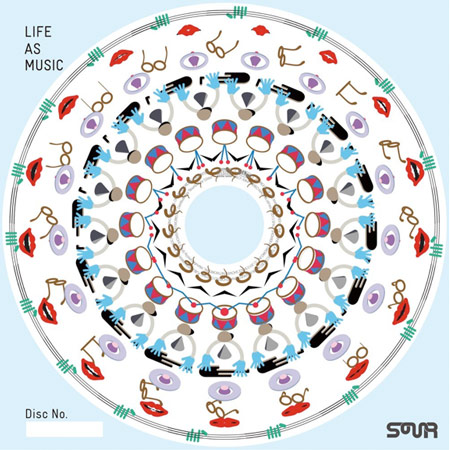 Life is Music by Sour 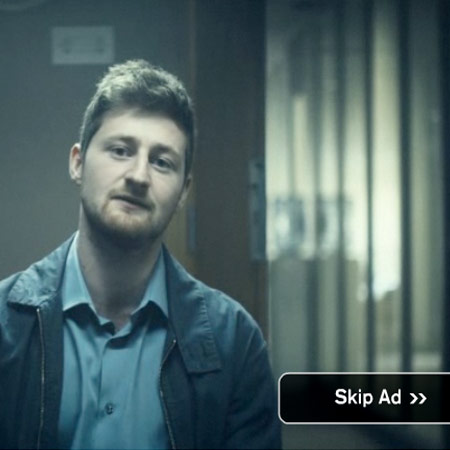 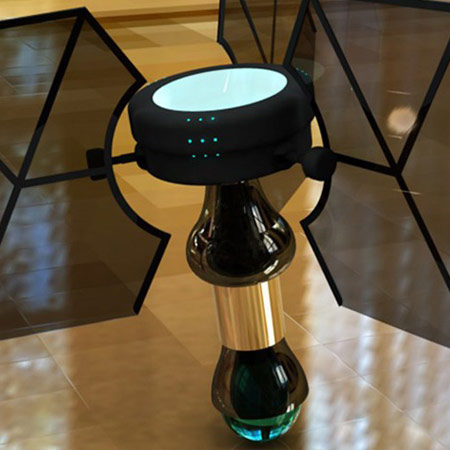 Mab by Adrian Perez Zapata – Electrolux Design Lab 2013 – Stockholm
The 2013 Electrolux Design Lab competition at the Fotografiska Museum in Stockholm, has been won by a concept for a flying mini-robot cleaning system called Mab. The concept, designed by Adrian Perez Zapata from Colombia, is a cleaning system comprised of hundreds of automated, flying mini-robots. Mab scans an area, determines what needs cleaning and then dispatches water-dispensing robots. The Mab only requires a short initial configuration to function autonomously, so you could arrive home and see a swarm of mini-robots roaming around cleaning independently. The prize for winning the competition is 5,000 euros and a six-month paid internship at an Electrolux global design center. 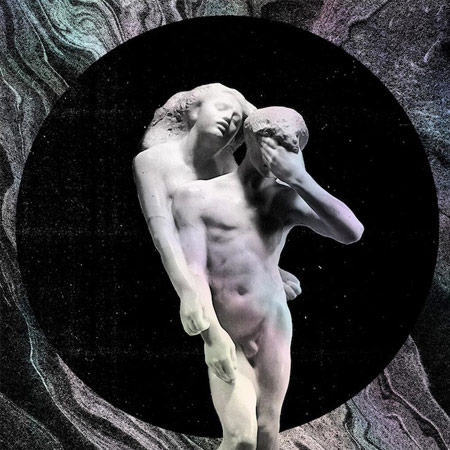 Reflektor by Arcade Fire
Reflektor is the fourth album by the Canadian band Arcade Fire and marks a significant change from their previous works. The project was managed by producer James Murphy of LCD Soundsystem: the result is a sound that sets apart from the rough classic rock of “The Suburbs”, to go in the direction of greater psychedelia, with frequent references to David Bowie and the Beatles. The lyrics are particularly dark and gloomy, and are largely inspired by the 1959 film “Black Orpheus” by Marcel Camus. For this reason the album cover portrays “Orpheus and Eurydice” by Auguste Rodin. 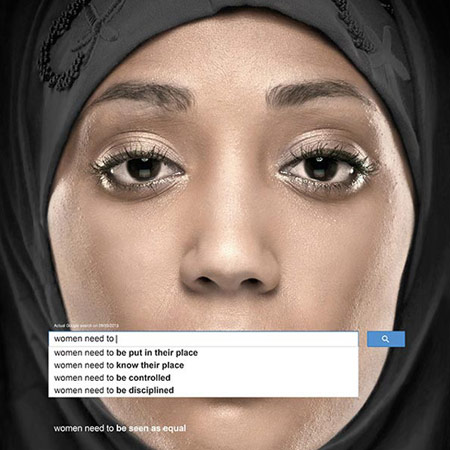 UN Women ad series
In a new series of advertisements for UN Women, the United Nations’ entity for gender equality and women’s empowerment, Ogilvy & Mather Dubai used Google’s suggest/autocomplete feature to show how gender inequality is a worldwide problem. Each ad has the face of a woman of different ethnicity and over her lips appears a Google search box with suggested keywords that indicate what people in different regions of the world actually search for on Google. The search terms utilized begin with terms like “women need to” and “women shouldn’t”, but in each case, the top results are things like, “women need to be put in their place” and “women shouldn’t have rights”. Each ad’s fine print says “actual Google search on March 9, 2013″. 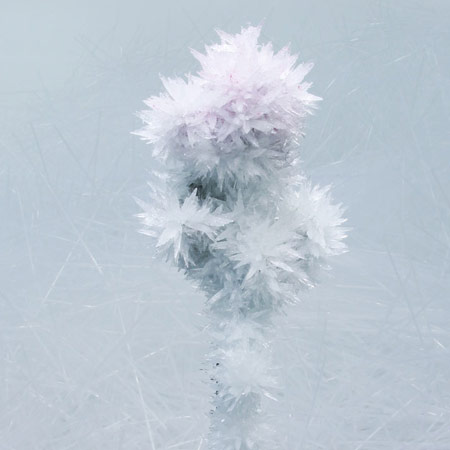 Crystallize exhibit by Tokujin Yoshioka – Museum of Contemporary Art – Tokyo
The Japanese artist Tokujin Yoshioka latest work is on show now at the MOT/Museum of Contemporary Art Tokyo. Swan Lake, Tchaikovsky’s ballet composition is the inspiration for Crystallize his solo exhibition that harnesses the vibration of music, painting grown out of crystal prisms in a water tank. Yoshioka’s exhibition is the opportunity to consider the relationship between nature and human-beings, including “Rose” a sculpture of a crystallized flower, “Spider’s thread” a chair made of thin strings and “Rainbow Church” which highlights how prisms and spaces interact with light. 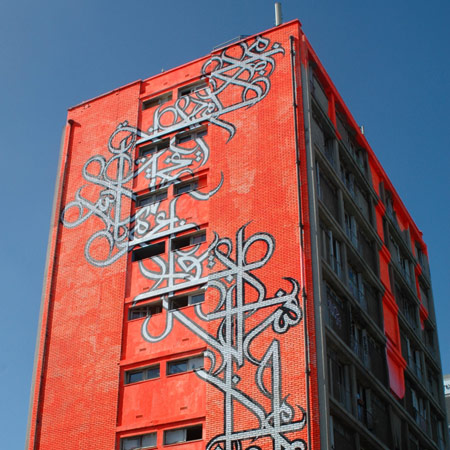 La Tour Paris13 – Paris
La Tour 2013, as its name suggests is located in the 13th arrondissement of Paris, neighbourhood constantly evolving. It is an abandoned building that was transformed into a huge street art work, by a hundred writers from all over the world who lived in its 34 flats for seven months, decorating the interior and the exterior facade, with classic graffiti, but also stencil, acrylic paintings, prints on a large scale drawings and works that blend colours and elements of sculpture. For an entire month, the old building of 9 floors has also become a temporary museum of international street art, open to the public every day, but destined to be demolished at the end of October, to make way for new social housing. 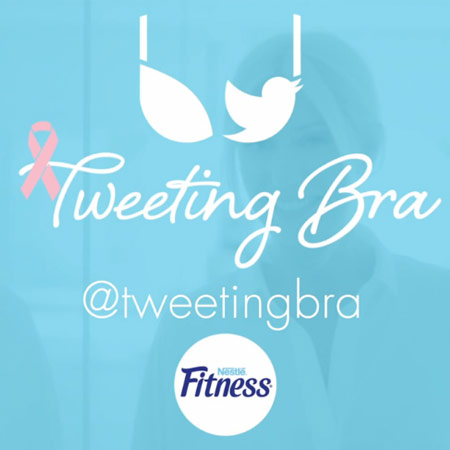 The Tweeting Bra” hi-tech bra against cancer – Greece
The Greek agency OgilvyOne, as part of the campaign for the prevention of breast cancer promoted and supported by Nestlè Fitness, has created and launched The Tweeting Bra, an hi-tech bra that interacts with Twitter to raise awareness of women in the prevention of cancer. Tweeting Bra, thanks to a device inserted into the hook, every time it is fastened or unfastened connects and posts a message to promote the need for women to perform self-examinations on the social network Twitter account @tweetingbra. The objective is to anticipate a possible diagnosis of breast cancer. For now the tweets are mostly in greek but it is possible that the initiative could be extended to other countries. 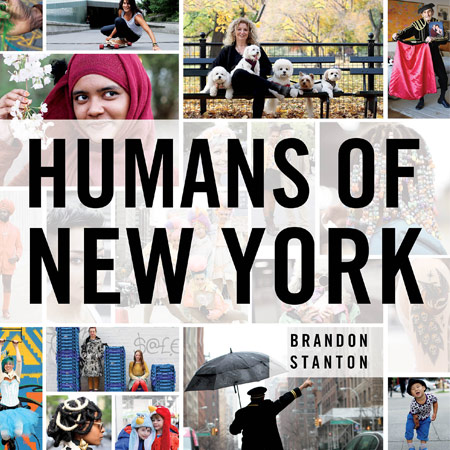 Humans of New York by Brandon Stanton
In the summer of 2010, photographer Brandon Stanton set out on an ambitious project: to create a photographic census of New York City. Armed with his camera, all in his attempt was to capture ordinary New Yorkers in the most extraordinary of moments. The result of these efforts was a blog in which he featured his photos alongside quotes and anecdotes. The blog has steadily grown, now boasting nearly a million devoted followers. Humans of New York is the book inspired by the blog. With four hundred colour photos, including exclusive portraits and all-new stories, and a distinctive vellum jacket, this book is a stunning collection of photography that will appeal not just to those who have been drawn in by the outsized personalities of New York, but to anyone interested in the breathtaking scope of humanity it honours. 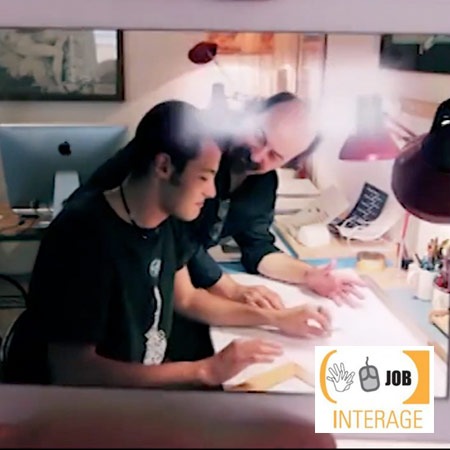 Interage project – Italy
The Interage project, launched on the 9th October, is a real exchange of expertise between young people and the elderly, in order to promote intergenerational learning and the creation of new job opportunities. Organized by Fondazione Mondo Digitale (Digital World Foundation) and Google, in collaboration with CNA Pensionati (Retired branch of National Confederation of Crafts and Small and Medium Enterprises), the project relies on the participation of 300 students and 150 seniors enrolled in CNA, involving 9 schools of 3 Italian regions, Piedmont Lazio and Campania. The young students will master the use of new technologies, while the old craftsmen will be masters of “entrepreneurship made in Italy”, for an exchange of knowledge more than ever necessary in today’s world of business but also of culture. 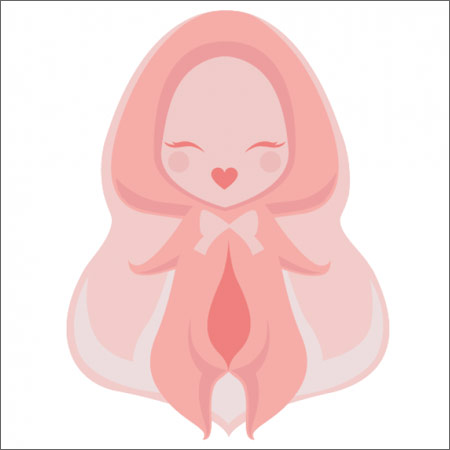 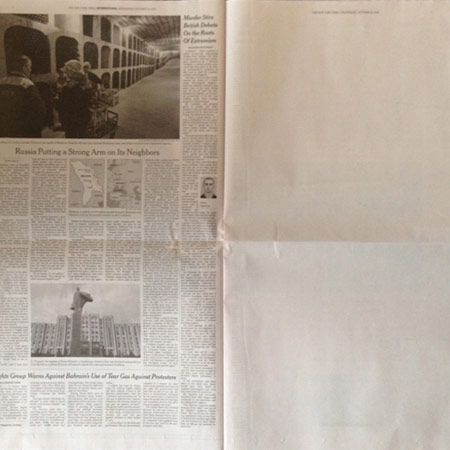 Two blanks pages for “The Book Thief” Ad in New York Times
The Book Thief film grabbed some attention in the October 22nd New York Times issue via a savvy promotion. For the first time in the history of the newspaper, two consecutive pages were blank, with just a listing for a website wordsarelife.com at the bottom of the second page. The marketing team for the film wanted to “intrigue” readers with empty space. The site leads to a message from child actress Sophie Nelisse, who stars in “The Book Thief.” Says Nelisse, “Just for a moment, imagine what the world would be like without words”. The Book Thief is about a girl living in Nazi Germany who steals books from former Jewish homes and businesses to “save the words,” as Times spokesperson Linda Zebian explains it. Many times over, the movie uses words as a metaphor for life and freedom. The ad further underscores that message, adds Zebian: Think about what life would be like without The New York Times.