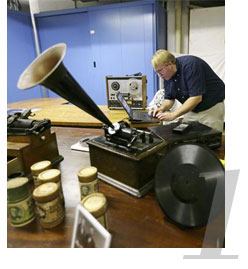 Digitalized the first recording of a human voice – Schenectady – United States
The 25th of October, at a theatre close to the Museum of Innovation and Science in Schenectady, the oldest recording of a human voice was played for the first time at a public event since it was created, more than 130 years ago. It is a short recording made in St. Louis in 1878, on a phonograph invented by Thomas Edison. It contains a male voice singing and reciting popular nursery rhymes. A team of researchers of the California’s Berkeley Lab digitized the recording, originally made on a sheet of tinfoil, without playing it on a phonograph which would have torn through it and destroyed it. Instead, the recovery was made using optical scanning technology and the creation of a 3D image, which was then analyzed by a computer program that recovered the original sound. 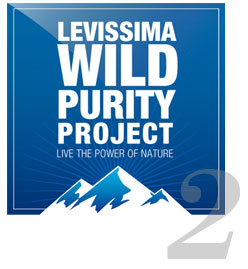 Wild Purity Project by Levissima – Italy
Levissima, in collaboration with the National Geographic Channel, has launched the Wild Purity Project that aims to bring nature into people’s everyday lives through exploration and with spectacular images of idyllic landscapes that are not well known in Italy. This an ambitious project that consists of a journey to find all those places in Italy that are still pristine and intact, possessing their primeval beauty. Two noted travelers, Clare Cecilia Santamaria, blogger and mom and Nanni Fontana, a photographer from the National Geographic team will, through a blog in real time, use words and spectacular images to share their exciting adventure with a network followers on Twitter, Instagram and via Facebook. 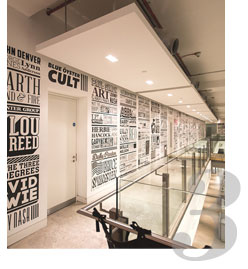 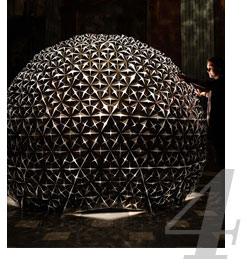 Lotus Dome by Studio Roosegaarde – Lille
Dutch design lab Studio Roosegaarde presented the interactive artwork Lotus Dome inside the Sainte Marie Madeleine Church in Lille. The sculpture is constructed from hundreds of light-sensitive flowers made from Mylar, a material developed by the designers using several thin layers of polyester film. The flowers appear to come to life as they sense the presence of visitors inside the space. ‘We’re updating Renaissance, applying a high tech layer that makes the architecture come alive,’ says Roosegaarde. The installation was commissioned by arts organisation Lille 3000 for Fantastic 2012, a festival of futuristic concepts in design and the arts. 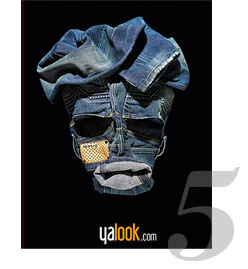 Bela Borsodi for Yalook
Bela Borsodi is an artist and photographer from Wien who moved to New York. Famous for his passion for anthropomorphism, Borsodi has created an advertising campaign for the German brand Yalook, “building” a series of close-ups, without using any model. The protagonists of the shots were in fact jackets, vests and shirts in the collection Yalook, carefully folded to form expressions and human attitudes. Already in a previous work (Expandables), the photographer had turned simple balloons inflated with helium in soft feminine curves. A sort of animist research, who manages to reveal the human side of the objects. 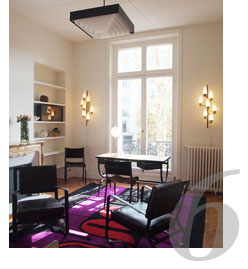 Squat #1 – Paris
Architecture, design and art have a natural inclination to live together. With this in mind, three European studios “occupied” a flat of 350 sqm near Avenue Victor Hugo in Paris throughout the four weeks of Foire Internationale d’Art Contemporain (FIAC). From October 16th to November 10th, the Squat #1 flat showcases furnishings from Nilufar Gallery together with artwork from Paris’s Balice Hertling and architectural design from Milan’s Dimore Studio. The “artistic occupation” seeks to challenge these boundaries, as it happens in real apartments. Pieces by Gaetano Pesce, Gio Ponti and Martino Gamper, overlooked by contemporary and historical works by artists including Kerstin Braetsch, Oscar Tuazon and Samuel Richardot to build a domestic environment which represents an open platform with several events organised. 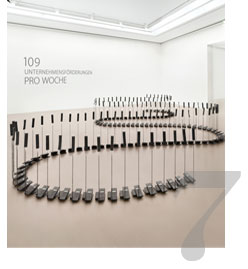 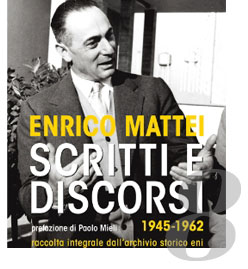 Texts and Speeches (1945-1962) book by Enrico Mattei
Mattei’s words have always maintained a size that exceeded the individual, being able to engage a very broad public. With his speeches, Mattei could convey the point of view of the company and to mobilize the support of all the forces necessary for success. This book brings together for the first time more than 200 speeches, many previously unpublished, with the help of the ENI archive. From the words of partisan leader to those spoken when he refused to liquidate the Agip assets to ensure to the country a national energy company, this collection reveals the complexity of a man able to live with the same passion both politics and industry. Mattei has made choices different from those of most of his contemporaries, becoming the symbol of a new way of thinking about Italy, still of great relevance for the strategic vision and the for will to permanent innovation. 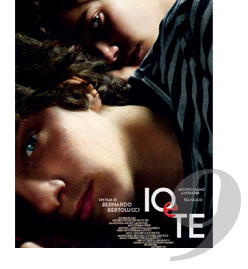 Io e te (Me and You) movie by Bernardo Bertolucci
Io e te (Me and You) is the latest movie by Bernardo Bertolucci, based on a successful novel by Niccolò Ammaniti. It is the story of Lorenzo, a teenage loner who, to escape from the family and from the world around him, decides to pretend to go on a skiing holiday, instead hiding in the cellars of his palace. Its purpose is to spend a perfect week in absolute solitude. His plans, however, fail: suddenly comes his sister Francesca, a true rebel, who’s been away from home for a long time. The week of Lorenzo will be memorable and unexpected in the development and ending. 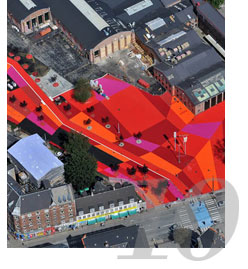 Superkilen Park – Denmark
Nørrebro, the most multicultural area of Copenhagen in the northwest part of the city, has recently finished its new Red Square: Superkilen, a park and playground that is actually painted all shades of red. To reflect the many cultures in the community and to build cultural and ethnic integration, the park is furnished with elements such as benches, trees, signage, and other furnishings all imported from 57 different countries. Designed by Superflex, BIG and TOPOTEK1, the urban park occupies a long stretch containing a green and a black area in addition to the red zone. Each section, that facilitates different activities, as well as every different action regarding Superkilen was projected in partnership with citizens, analyzing their needs and desires and asking them suggestions through internet, radio and newspapers survey.