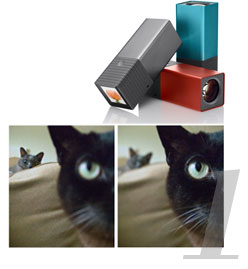 Lytro Light Field Camera – USA
Lytro, a Silicon Valley startup, has unveiled its radical new camera–also called the Lytro. With it, the company hopes to rewrite the rules with a technology called light-field photography. Conventional digital cameras use lenses to focus a subject so it’s sharp on the image sensor. That means that for an in-focus part of the image, light from only one direction reaches the sensor. For light-field photography, though, light from multiple directions hits each patch of the sensor; the camera records this directional information, and after-the-shot computing converts it into something a human eye can understand. The result is that a Lytro camera image is a 3D map of whatever was photographed, and that means people can literally decide what to focus on after they’ve taken the photo. 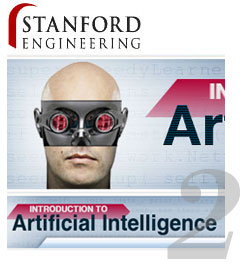 Introduction to Artificial Intelligence – free online course – Stanford University – USA
The “college experience” as we’ve known it for the last 50 years is beginning to break apart. The dispersion of education is visible all over the place. Knowledge once transmitted in very specific places to very specific people for a set amount of money spreads around in new ways. Starting from 10th of October till the 12th of December the Stanford University offers it’s Introduction to Artificial Intelligence, a course online given for free to anyone who wants to take it in any corner of the world. The online free course is taught by two renowned leading experts of the Silicon Valley, professor Sebastian Thrun and professor Peter Norvig, and has already attracted more than 140,000 students around the globe – a class nearly four times the size of Stanford’s entire student body. The course is one of three being offered experimentally by the Stanford Computer Science Department in order to expand knowledge and technological skills beyond the border of its elitarian campus to the entire world. 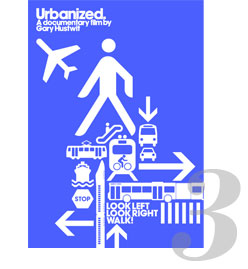 Documentary film Urbanized by Gary Hustwit
Urbanized is a documentary film which shows, through a trip around different world’s metropolis, how architects, planners, policymakers, builders, and thinkers design today’s cities. With this work, Gary Hustwit finalizes a design film trilogy, begun in 2007 with Helvetica, a documentary about graphic design and this obiquitous font, and continued in 2009 with Objectified, about industrial design and product design of the daily objects. Great personalities’ interviews but also urban management real cases featured by the author indicate that all of us are called to design the future cities, places where the majority of humankind will soon be living in. 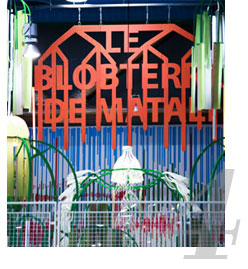 Matali’s Blobterre installation – Centre Pompidou – Paris
The designer Matali Crasset takes over the Children’s Gallery in the Centre Pompidou with Matali’s Blobterre, an original proposal which takes the form of an artificial garden dedicated to exploring and creating. The Blobterre is therefore a work of fiction thought out as a global creation, it functions similarly to a “Gesamtkunstwerk”, with its own sounds, its special odours, its specific plant elements and its inhabitants. A pure invention by the designer, this hybrid area submerged by an abundant neo-vegetation is a platform dedicated to the imaginary. To make this experimentation area intended for the public, Matali wanted to call on some of the partners with whom, in the past, she had already experimented, tested and shared. A network of complicity, a way of wishing to gather around her those whose way of thinking are close to her own. 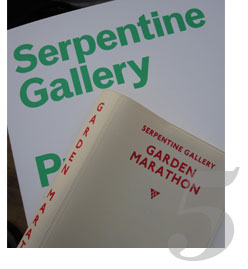 Garden Marathon – Serpentine Gallery – London
The Garden Marathon at the Serpentine Gallery held in mid-October, was a two-day event that explored the concept of the garden, including talks about gardens from all kinds of architects, landscapers, gardeners, scientists, and philosophers. Presentations explored themes such as about the history of garden design, bio-diversity, walled gardens, kitchen gardens etc. The event’s curator, Hans Ulrich Obrist, invited celebrities like Brian Eno discussing Cities as Gardens and Stefano Boeri, the architect of the fabulous looking Bosco Verticale in Milan, speaking about this first vertical forest. The event was directly inspired by the Serpentine Gallery Pavilion 2011, designed by Peter Zumthor, and its outdoor garden, by Piet Oudolf. 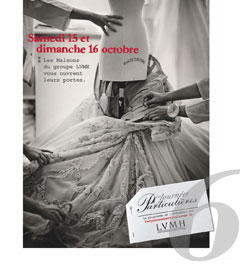 Les journees particulieres – LVMH
“Products are only one aspect of our reality, but the productive dimension, the possibility of viewing our experts and our venues will definitely complete the image created into the mind of the public, in relation with our idea of luxury” so the intent of Bernard Arnault, the LVMH corporation CEO’s dedicated to the luxury, who decided the opening for an entire weekend – 15 and October 16 – of some venues of the French group around the world. It has been possible to visit 25 companies and retail places, including some atelier, vine cellars, family houses and boutiques. The brands were those of the most famous in the world, from Dior to Guerlain, Moët et Chandon and Bulgari, Zenith and Acqua di Parma. The experience was enriched by the conferences, exhibitions, craft demonstrations. 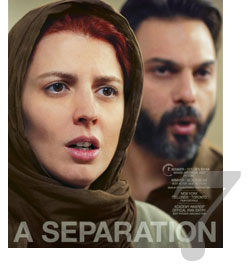 A Separation by Asghar Farhadi
A Separation, the Iranian drama film written and directed by Asghar Farhadi, is now playing in Italian cinemas. The movie received the Golden Bear for Best Film and the Silver Bear for Best Actress and Best Actor at the 61st Berlin International Film Festival, becoming the first Iranian film to win the Golden Bear. It focuses on an Iranian middle-class couple who separate, and the intrigues which follow when the husband hires a lower-class caretaker for his elderly father. Apparently simple on a narrative level yet morally, psychologically and socially complex, it succeeds in bringing Iranian society into focus for in a way few other films have done, deeply showing social and cultural contrasts that the Country is expressing nowadays. 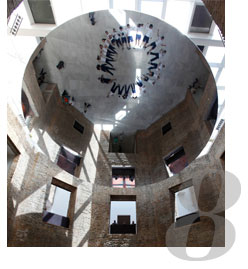 Your body of works by Olafur Eliasson – São Paulo – Brazil
Your body of work is the first Olafur Eliasson solo exhibition in South America, the exhibition offers its viewers experiences revolving around colour perception and spatial orientation. This exhibition is a part of the 17th international festival of contemporary art SESC_ videobrasil, 11 works located in 3 different venues in São Paulo and eight of which were especially created for São Paulo. Danish artist Eliasson is known for embodying the laws of physics, neurology and opitical illusions, inviting individuals to acquaint themselves with natural phenomena such as fog, light, color and reflections. On this occasion, Eliasson has developed four major artistic installations: ‘microscope to São Paulo’; ‘take your time’; sphere of slow light’; and ‘your shared planet’. The title Your body of work touches upon the vital role of the viewer in creating the meanings of the work, at the same time as it underscores the wide-ranging character of the content. “You work your whole life, and everything you do and learn is etched into your body. You are a viewer/producer of history itself, seen as you contribute, or give, more than you receive,” explains Eliasson. 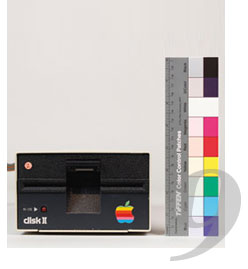 Digital Art Works. The Challenges of Conservation Exhibit – Center for Art and Media – Karlsruhe – Germany
The exhibition Digital Art Works. The Challenges of Conservation fundamentally explores questions related to collecting, exhibiting, and preserving computer-based art works and sheds light on the work revolving around digital art conservation. For a few decades now, digitalization has enabled and simplified the processing and distribution of data; digital data are available on the internet for all users at all times. However, the conservation of digital content has been subject to an increasingly rapid adaptation to new technical systems. This circumstance creates uncertainty concerning the sustainability of our cultural memory. Ten cases studies show variety of strategies for the long-term conservation of these art works, which are rendered fragile by the rapid pace of technological change. 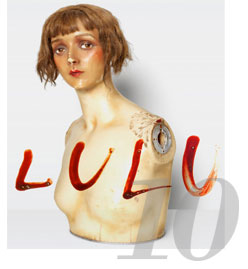 Lulu by Metallica & Lou Reed
On October 31 the Metallica and Lou Reed collaboration album came out. The entire album is available for streaming at loureedmetallica.com Lulu was recorded over a period of only 10 days and features Metallica playing behind lyrics written and sung by Reed that are based on two plays by the early 20th century German expressionist playwright Frank Wedekind. Lars Ulrich, Metallica’s drummer commented about Lulu, “It’s very jammy, most of it’s one-take, most of it’s kind of freeform…after 1-2-3-4 nobody really knows where we’re going. Somebody calls out a key. It’s very loose…it’s quite heavy, but it’s certainly not structured, four-minute easy heavy metal songs.”