Conversation with myself by Nelson Mandela 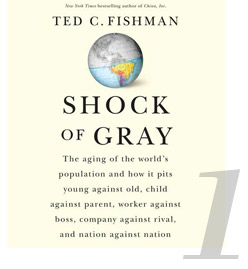 Shock of Gray by Ted C. Fishman
Shock of Gray is the most recent work by the American journalist Ted C. Fishman, known for his studies on the emerging Chinese economy. The book starts out studying the demographic evidence on the aging of the global population to analyze the interaction with global economic forces and the effects on business and work, but also the relations between different nations and generations. In 2050, in developed countries, the over 60 year olds will be double that of the under 15 year olds and this means profound change in nearly every important relationship we have – as family members, neighbors, citizens of nations and the world. The effects analyzed in the book are shocking, but fortunately there are positive notes. 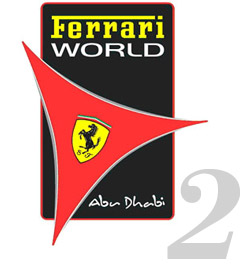 Ferrari World – Abu Dhabi
Ferrari World is a Ferrari themed amusement park on Yas Island in Abu Dhabi. The park is situated under a 200.000 square metres roof making it the largest indoor amusement park in the world. The iconic roof of Ferrari World was designed by Benoy Architects and it is modelled on the side profile of a Ferrari GT. A Ferrari logo adorns the roof of the building and measures 65 metres by 48.5 metres becoming the largest Ferrari logo ever created. The park feature state of the art racing simulators, driving and racing schools, museum exhibits of the Ferrari history, a tower drop ride that climbs out of the center of the park, and the world’s fastest roller coaster. That roller coaster is designed to provide a true Ferrari F1 experience, taking its passengers to speeds up to 240 Km/h. 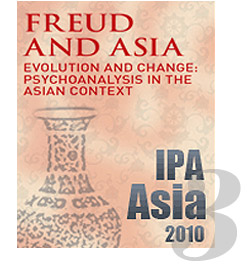 1st Asian psychoanalytic conference of IPA – Beijing
A new promising relationship between China and psychoanalysis arise. There are not, or not yet, Chinese psychoanalysts. Though some premises already exist – some Chinese insights about Freud’s work date from 1912 – it is still virgin ground for the IPA (International Psychoanalitical Association) in Beijing at its first ever conference in Asia: three days of seminars and panels from October 22nd to 24th. The Chinese Popular Republic is developing a growing sensibility towards psychoanalysis, “partly due – IPA’s president the Canadian Charles Hanly says – to the interest towards western science, technology and culture. But also partly for the Chineses’ desire to better understand the psychology of their myths, humour, dreams, internal conflicts. 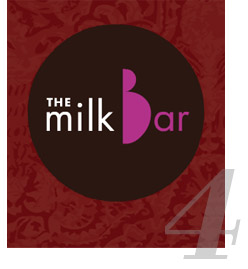 The Milk Bar opening – Milan
“I have created a place for pregnant women, nursing moms and new mothers in general where they can find products that simplify their lives and let them be true to the women they were before starting the adventure of motherhood”. With these words, Kiersten Pilar Miller sums up the mission of the two spaces projected by her. After Rome, is now opened in Milan the second Milk Bar, where it is possibile to buy clothes for maternity and nursing with feminine shapes that shall be dresses even after finishing nursing time, ‘outdoor’ accessories and some original products for children. The Milk Bar is also a place for information and share. At the Milk Bar it is possibile to contact La Leche League, consultants for nursing, also speaking foreign languages, an to find an updated list of events and places of interest for new-parents. 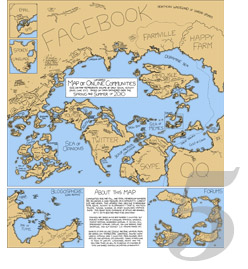 Map of Online Communities 2010 by Randall Munroe
The American webcomic artist Randall Munroe, who draws XKCD, has updated his Map of Online Communities for 2010, to reflect how the volume of social activity has changed around the web since his original map that he created in 2007. The chart, compares the sizes of different sites on the web, based on how much socialising — talking, playing, sharing, listening, etc — takes place there. Email dominates the map and unsurprisngly Facebook features prominently, as does Twitter and Skype. Data was sourced from search engines, aggregation sites, statistics pages, press releases, individual site employees, and includes website hits and the number of members each community had over the Summer of 2010. 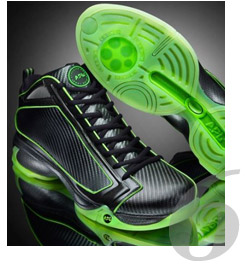 NBA bans shoes designed to increase vertical leap – USA
The NBA is prohibiting its players from wearing a new line of sneakers that claims to increase vertical leap. “Under league rules, players may not wear any shoe during a game that creates an undue competitive advantage,” the NBA said in a statement. Athletic Propulsion Labs’ $300 Concept 1 shoe employs a spring-based system designed to increase lift. The Los Angeles-based company was founded by twins Adam and Ryan Goldston, both former USC basketball walk-ons whose father worked in the shoe industry. The brothers said that many NBA players, including about 30 percent of the rookie class, expressed interest in the shoes but they wouldn’t reveal names because the players had signed with other companies. 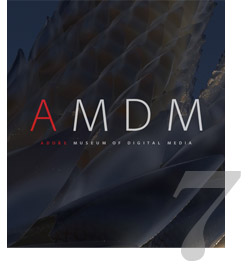 The Adobe Museum of Digital Media
The Adobe Museum of Digital Media (AMDM) is a unique virtual space designed to showcase and preserve groundbreaking digital work and to present expert commentary on how digital media influences culture and society. The museum is an ever-changing repository of eclectic exhibits from diverse fields ranging from photography to product development to broadcast communications. To inspire fresh conversation on the constantly evolving digital landscape, exhibits are overseen by guest curators, each of whom is a recognized leader in the field of art, technology, or business. The AMDM is a space unlike any created before. Because it is entirely digital, it is an ideal gallery for displaying and viewing digital media, as well as revealing the innovation and artistry within the work. It is open to the public 365 days a year and is accessible from anywhere in the world. 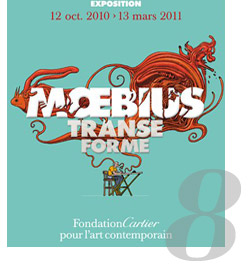 Moebius Transe Forme Exhibit – Fondation Cartier – Paris
From October 12, 2010 through March 13, 2011 the Fondation Cartier pour l’art contemporain presents Moebius Transe Forme, the first major exhibition in Paris devoted to the work of Jean Giraud, known by his pseudonyms Gir and Moebius. An icon of incomparable stature in the world of comics, an inventor of extraordinary forms and a brilliant cartoonist, Moebius is an artist who goes beyond the traditional boundaries of the discipline. The exhibition explores the theme of metamorphosis, a leitmotif that runs throughout his comics, drawings, and film projects, also presenting the first 3D animated film directed by the artist, La Planète encore, along with the stories from the original comic boards. Through often sudden and disturbing metamorphoses of a character or a setting, Moebius reveals a world where appearances are not as stable as they may seem. 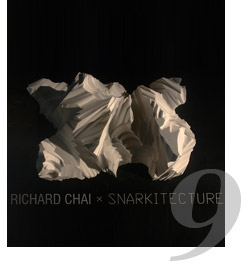 Building Fashion at HL23 by Richard Chai and Snarkitecture – New York
The Richard Chai store is a temporary retail installation created by Snarkitecture in collaboration with designer Richard Chai as part of the Building Fashion series at HL23. Carved from the confines of an existing structure beneath the High Line, the installation envelops visitors within a glacial cavern excavated from a single material. White architectural foam is cut by hand to produce erosions and extensions of the sculpted walls and ceiling to create a varied landscape for the display of Richard Chai’s collection. The range of shelves, niches, hang bars and other moments embedded within the form encourage the designer’s curatorial eye for display. The installation was from October 21 to 31 at 504 West 24th Street in New York. 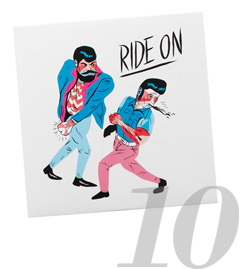 Ride On by Nick Jaguar
A super limited vinyl featuring art by Stevie Gee and download code: this is the debut release from London based Jaguarshoes Collective new record label, Bigdirtyengine. Ride On by Nick Jaguar is a gothic western, a melding of fifties style, double bass and rhythm guitar with rockabilly and 60′s garage-band. To celebrate the launch, 1000 free limited edition cassette tapes have been given away, through selected stores including No-one, Beyond Retro, Behave or fixed to parked cycles and doors throughout East London.