This Is It – Michael Jackson

Unveiled the Olympic medals for the 2010 Winter Games – Vancouver 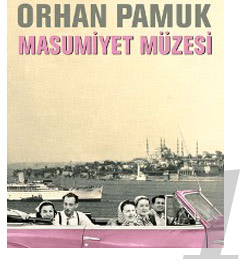 The Museum of Innocence by Orhan Pamuk
Recently presented in Milan at the Parenti Teatro by the same author, The Museum of Innocence is an original project that crosses some themes in the book and a physical place, a museum that is going to be realized in Istanbul. Both items have the same title and refer to the plot of the book. It tells about an “unfinished” love story, in which the protagonists are in love passionately, but will never live together. Kemal, discovers the in real life, happiness is not sustainable and he decides to love “Innocently” his adored Füsun standing away fron her. He devotes a place of memory, a museum, that collects all objects that evoke even small details of daily life in relation to her. In Istanbul in fact, the author is realizing a museum of these objects. The boundary between reality and imagination move in search of a new sense of life. 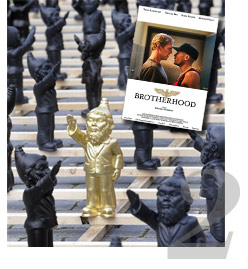 Brotherhood by Nicolo Donato / Dance with the Devil by Ottmar Hoerl
Brotherhood directed by the Danish producer of Italian origins Nicolo Donato won the best picture award at the Rome Film Festival. The movie is about a secret love affair between two members of a neo-Nazi group in Copenhagen: Lars (Thure Lindhart), a former soldier, falls in love with his neo-Nazi mentor Jimmy (David Dencik) after he joins Jimmy’s group of racists. Given that neo-Nazis aren’t exactly known for being gay-friendly, their affair carries a great deal of risk. In Straubing, near Munich, the German artist Ottmar Hoerl put up an installation of 1250 gnomes making Nazi salutes. With this installation called Dance with the Devil the artist intended to make a satirical comment on the rise of fascism in Germany. 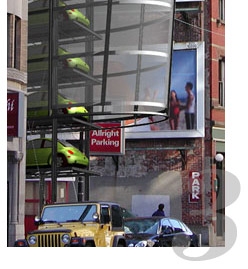 House of Cars Exhibition – National Building Museum – Washington
In a world without parking garages, parking lots would sprawl across our cities. For more than 100 years, the parking garage has provided design and engineering solutions to the parking problem. House of Cars: Innovation and the Parking Garage is the first major exhibition to explore the history of this familiar structure and open conversations about innovative designs and parking solutions for the future. On display at the National Building Museum in Washington, the exhibition reveals the many facets of this building type: a showcase for innovation; a platform for some of the 20th century’s best-known architects; and now, potentially, a valuable component of responsible and sustainable city planning. 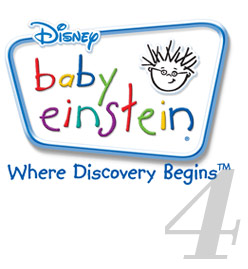 Baby Einstein Refund: Kids Too Much Like Real Baby Einstein
Disney’s recently announced decision to offer a refund to parents who purchased its popular “Baby Einstein” videos vindicates researchers who had been attacked by the company. Their study, published in the prestigious journal Pediatrics, showed that each daily hour of viewing of these kinds of “educational” videos by children aged 8-16 months was associated with a decrease in vocabulary of about 6-8 words. When the study was published, Disney’s CEO Robert Iger demanded that the researchers retract the press release that accompanied it. They refused. Now, Disney is offering refunds. The videos seem to make children more similar to the real baby Einstein than to the adult genius they were trying to replicate: Einstein himself developed language late and did not speak until he was four. 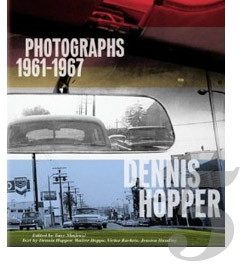 Dennis Hopper and Hogan
The movie director Dennis Hopper has developed his masterpiece, “Easy Rider”, into a shoe. A new version of Hogan’s iconic Interactive sneaker hit the brand’s stores worldwide in late October, limited to 99 pairs. To coincide with the launch, Hopper made an appearance at the brand’s Rue du Faubourg Saint-Honoré Paris flagship to sign copies of his latest photo tome: “Dennis Hopper, Photographs 1961-1967”, published in a limited edition of 1,500 copies. This book encounters the “urban biker” spirit of the brand, with a selection of images shot over the course of two decades by Hopper and chosen together with gallerist Tony Shafrazi. The book highlights Hopper’s vast photographic career, with emphasis on the 1960s. 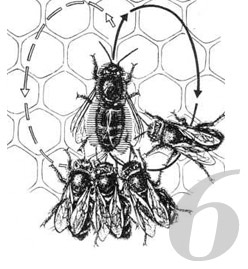 Bees between scientific reality and literary representation – Urbino University
Bees between scientific reality and literary representation is a multidisciplinary conference held at the University of Urbino, on the 29th and 30th of October. An event that moves between Nature and Culture, exploring the different relations, expressions and influences, as well as the related collective imaginery stimuli. It is articulated in the following sections: “Bees, rites and symbols”, “Bees and communication”, “Bees in literature”, “Bees on the screen”, and it ended with the round table on “Bees, between science and philosophy”.
Inside this ecletic path there took place the performance “The Bees’ Dance” in order to focus how it expresses a biological model of connective intelligence, as well as on the web: a condition that nowadays is expanding thought the web 2.0 and the smart grid, the intelligence nets. 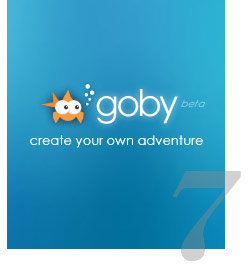 Goby
Goby is a new search engine designed by the mathematician Mark Watkin to help you find something to do, a sort of new “Google” dedicated to leisure activities. The site searches across hundreds of websites and pulls in thousands of results pointing to local music happenings, museums, activities, sports games, entertainment events and restaurants. Goby searches through events databases from big sites like Upcoming, Eventful and Yahoo Local to smaller ones like museum sites, hiking guides and hundreds more, combining all the relevant results in one list of search results. 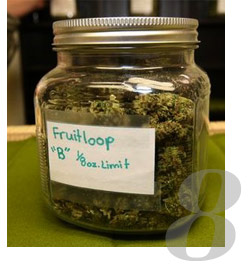 Denver Westword call for pot reviewer – USA
The Denver Westword, a respected alt-weekly, posted an unusual ad on its website, calling all potential pot reviewers. The ad went on to ask, “Do you have a medical condition that necessitates marijuana? Do you have a way with words?” It turns out the paper wants to hire someone to review the dozens of medical marijuana dispensaries that have recently popped up in Colorado for a weekly on-line column, “Mile Highs and Lows.” The reviewer would work on a freelance basis and be “an objective resource on the state’s burgeoning medical marijuana scene,” according to the classified ad. 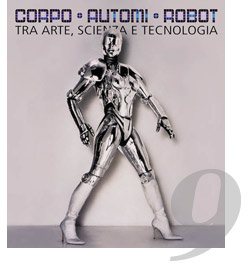 Body, automatons, robots. Between art, science and technology – Museum of Arts – Lugano
Staged at the premises of the Museum of Art and Villa Ciani in Lugano, the exhibition Body, automatons, robots. Between art, science and technology deals with an approach interdisciplinary relationship between the human body and the representation of it was given by the arts, science and technology, especially with regard to the dynamics of imitation of the body (with the automata) and its replacement (with robots). The complexity and the wonders the functioning of the human body have been the subject of study and source of inspiration for the invention of the arts and the progress of science since antiquity. Cues to articulate exposure would vary, but the editors have focused on the theme of “body”. Through the relationship imitation / substitution you get to demonstrate the substantial contiguity between body and its artificial substitute, to implant of technology on the body. 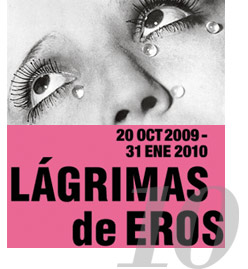 Lágrimas de Eros (Tears of Eros) Exhibit – Thyssen-Bornemisza Museum – Madrid
The exhibition Lágrimas de Eros (Tears of Eros) at the Thyssen-Bornemisza Museum in Madrid explores the relationship between sexual desire and death instinct, Eros and Thanatos, in the visual arts. The theme is inspired by the ideas on eroticism of the French writer Georges Bataille, as in his very last book, Les Larmes d’Éros (1961). The focus is predominantly on European 19th Century paintings and sculpture, but the exhibition also looks back to earlier periods, in particular the Baroque with Rubens and Bernini. It includes 121 works ranging from paintings and sculptures to photographs and videos, arranged in several rooms dedicated to each of the myths of Eros.