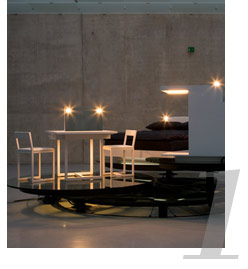 Revolving Hotel Room by Carsten Höller – Guggenheim Museum – New York
The Guggenheim’s upcoming group show, called “theanyspacewhatever,” features artists who like to “claim the exhibition as their medium.” And what better way to claim the Guggenheim than to spend the night with it? From October 24th to January 7th, Carsten Höller’s Revolving Hotel Room invites guests to stay over at the museum by sleeping in this art installation. Guests will have access to a bathroom and shower and will be provided with towels, robes, slippers, and other bath amenities to make their stay comfortable. There is a continental breakfast, and guests will be able to wander the rotunda all night long should they so choose.Of course, such a “once-in-a-lifetime opportunity” doesn’t come cheap; rates range from $259 to $799 on holiday weekends. 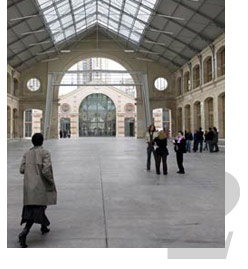 104 – Paris
The former state funeral parlour at 104 rue d’Aubervilliers in north-east Paris reopened in October 2008, after being transformed into the city’s most daring modern arts centre. The restoration was evaluated at €100m. 104 is a place of artistic creation and production, unique in the world. Open to all forms of art, this 39,000 m² space is an original architectural building in which art meets the public head-on. The brainchild of two directors, Robert Cantarella and Frédéric Fisbach, aims in particular to highlight the singular artistic languages present at 104. 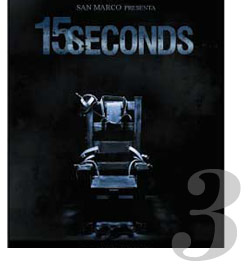 15 Seconds – European Day against Death Penalty
Prior to the European Day against Death Penalty, on October 7, the vicepresident Luisa Morgantini introduced the European Parliament to the preview of 15 Seconds, a short movie written and directed by Gianluca Petrazzi, produced and interpreted by the italian actor Raul Bova. This “minifilm” testifies Italy and Europe commitment against capital punishment. 15 Seconds, whose italian cast and staff worked as volunteers, lasts 11 minutes and tells the story of the last 15 seconds in the life of a person sentenced to death. “15 Seconds” is the duration of the electric shock used to cause death during executions. This project is born as a civil commitment’s proof, with the aim to be most of all educative, and the authors’first idea to make it go around the high schools and universities. 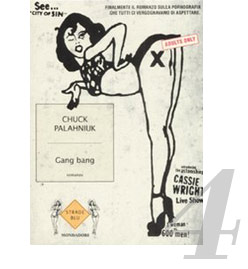 Snuff by Chuck Palahniuk
Cassie Wright, a legendary priestess of porn decides to close “in beauty” her career beating the world record of mass fornication with a great gang bang became the subject of a film. Her aim is very ambitious: 600 men. This pyrotechnic novel by Chuck Palahniuk is based on the words, thoughts and facts of Mr 72, Mr 137 and Mr 600, that await their turn in a very crowded room. The porno-actress has in mind to die during the shooting of her record world attempt, so that the subsequent controversy would lead to further future attempts being prohibited, so ensuring her as the eternal holder of the record. 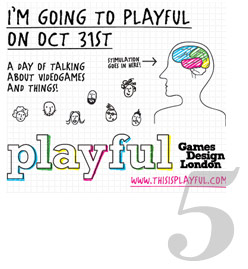 Playful: Game Design London
Playful: Game Design London is a day dedicated to talking about videogames and other playful things, and exploring ways of make them more meaningful to more people, as well as how to apply game design and play across different disciplines. Television needs games for the web, web design needs elements of play, and advertisers need the communities that come together through gaming. The event promotes lively debate on the nature of games: what they mean to different people – both inside and outside the industry. Focusing on the creative and cultural dimensions, Playful examines game design as both a discipline and craft, offering different perspectives on its current and future possibilities. 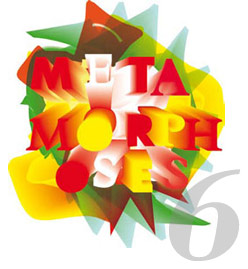 Metamorphoses: Korean Trajectories – Espace Louis Vuitton – Paris
The Espace Louis Vuitton in Paris is showing “Metamorphoses: Korean Trajectories” (from Oct. 1 to Dec. 31) presenting works by 10 artists working with ideas of transformation, particularly in the human figure, society and architecture. The rise of contemporary artistic movement reflects the country’s dynamic growth and Metamorphoses explores “a wealth of metaphors for a post-modern humanity in which humour and absurd serve to question the representation of man.” The exhibition includes an installation by Flying City Collective, creating an installation based on an imaginary metropolis in a window of the Maison des Champs-Elysées. 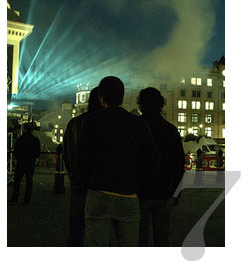 Memory Cloud – Trafalfgar Square – London
Organized by ICA (Institute of Contemporary Art) and Minimaforms, Memory Cloud transformed at the beginning of October London’s Trafalgar Square in an incredible transient light environment. Memory Cloud’s concept is based on smoke signals, one of the oldest forms of visual communication: for three nights, from October 8 to October 10, the public has been invited to participate to the event by sending text messages that were grafted onto plumes of smoke. Fusing ancient and contemporary forms of communication, Memory Cloud’s aim was to create a dynamic hybrid space, that could transform personal statements in bits of an evolving text through an ongoing open conversation, thus stimulating social interaction. 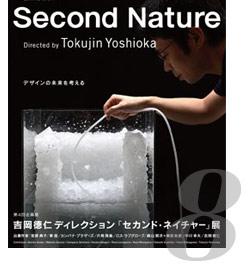 Second Nature exhibition – Tokyo
The exhibition Second Nature, from the depths of a sea of memories, is organized by the 21_21 DESIGN SIGHT gallery in Roppongi, Tokyo. Curated by designer Tokujin Yoshioka, suggests an opportunity to once again ponder the future of design as well as the mysterious powers of nature which transcend the limits of human imagination. The exhibit space features the experimental works of eight groups of designers, all enveloped in a cloud-like installation. Also on show, Yoshioka’s newest design, the natural crystal chair Venus, presented as a fibre structure which grows when submerged in water. 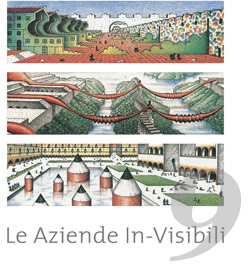 The In-Visible Companies
Le Aziende In-Visibili (The In-Visible Companies) is the title of a novel, curated by Marco Minghetti and illustrated with 190 images by Luigi Serafini. The authors are more than 100 personalities from economy, management, arts and culture, which embody the LMS, the Living Mutants Society. The novel was inspired by Italo Calvino’s The Invisible Cities and it can be considered as a methaphor of life, read through the Company’s universe. «The challenge accepted by the authors – explains Minghetti – is to enclose their human and professional knowledge in a short apologue which revises one of the Invisible Cities by Calvino». 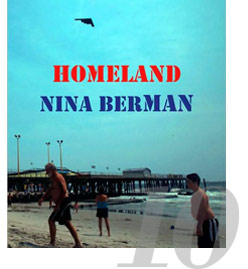 Homeland by Nina Berman
Nina Berman, an American photographer, delivers a caustic and surreal vision of the USA during the Bush years in her new book Homeland. A product of seven years work, with images from across America, Berman gives us a peek into the bizarre manifestations of the homeland security state and the ideologies that have reshaped post 9-11 America. In Homeland, happy families step through suburbs clutching anti-nuke pills. small town police train to hunt Al-Qaeda, recruitment spectacles transform children into would be killers. Looking at the pictures, one asks, are the scenes real, or an elaborate state sponsored performance art designed to amuse a public desperately seeking a superhero ending in an age of empire decline.