Netscape Navigator is back

The Shock Doctrine by Naomi Klein 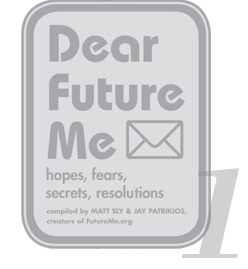 Dear Future Me: Hopes, Fears, Secrets, Resolutions – by Matt Sly & Jay Patrikios
In this book you can find the best letters which people decided to write themselves to be delivered at a later date thanks to FutureMe.org, a web site created four years ago by Matt Sly and Jay Patrikios, high school students. Different ages and races people’s thoughts, wishes and dreams, written in order to give sense to their own future, selected from a 400 thousands “public but anonymous” letters database, and collected in this book. The postdated mails are delivered back to the senders at a fixed later date, from a minimum of 30 days to a maximum of 50 years. 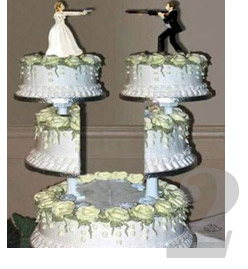 Scheidungsmesse (Divorce Fair) – Wien
Wien hosted the world’s first divorce fair aimed at couples whose wedding dreams have turned sour and who need help in untying the knot. Visitors were able to consult a whole host of lawyers and mediators on their rights and obligations, and seek advice on frequently difficult question. Nearly 50% of all marriages in Austria end in divorce. The two-day fair is being held under the motto: “Start your life afresh”. Exhibitors were not only lawyers, but also estate agents, life-crisis experts, private detective firms, DNA laboratories offering paternity tests and a travel agency offering holidays for recently divorced people. The admittance days were separated: first day for men and second day for women. 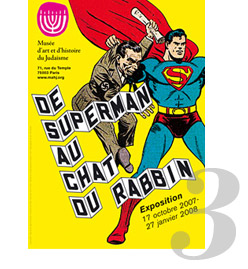 De Superman au Chat du Rabbin – Paris
The exhibition at the Musée d’art e d’Histoire du Judaïsme (Paris) focuses on the role of jewish artists and authors in the world of the ‘cartoon’, through 230 original documents. Starting from NewYork and the period of the first immigration (1890-1930) with the first strips in yiddish and anglophone magazines, it continues to the era of the Super heroes – Superman (1938), Batman (1939) and Captain America (1940) – marking a reassuring and fantastic answer to the great American crises and the historic European situation. Followed by a period of storytelling expression, which privileged the biographical path (Usa) or historical path (Europe). Among others narrative styles we remember, Corto Maltese, in which Hugo Pratt converges his childhood memories, his passion for the Kabbala and adventures travels. 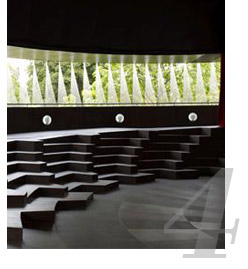 Experiment Marathon – NSerpentine Gallery – London
The 48-Hour Serpentine Gallery Experiment Marathon 2007, featured experiments performed by leading artists, architects and scientists, with the objective to explore the senses, the body and artificial intelligence and was presented by Olafur Eliasson, the artist who designed the Serpentine Gallery Pavillion 2007. The Marathon started with a session by scientists Israel Rosenfield and Luc Steels of Sony Robotics Lab, looking into the brain’s interpretation of reality and out-of-body experiences, and included the Marina Abramovic performance “cleaning the house”, exploring subjects of the body, pain and endurance. 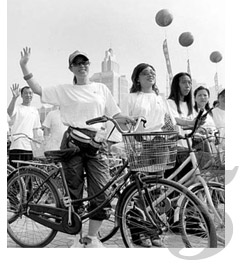 No Car Day – China
Waiting for the next Olympic Games, China launched, at the end of October, the first nationwide urban public transport week, encouraging people to take public transports rather than driving private cars. The campaign, with the theme of “Green Transport and Health”, covered 108 cities including Beijing and Shangai and lasted through Oct. 22, the first No Car Day for China, in which cars have been banned on some central streets and all drivers are being encouraged to leave their cars at home voluntarily. Unfortunately the project was not successful: cars were coming and going as normal, and most streets in Beijing were not adhering to No Car Day. 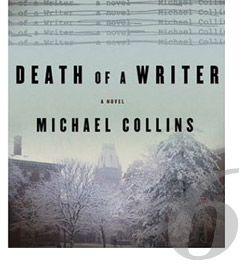 Death of a writer by Michael Collins
Each year the International Literature Festival of Chivasso focuses on a foreign country, so suggesting for this edition the Authors of Irish literature, some well known by the public and other talented new writers. In particular, Michael Collins presents his latest book, Death of a writer. The immortality and the illness of the protagonist, the writer Robert Pendleton who is supremely frustrated by the immobility of his literary career and comes up with the idea that only one thing could make his name eternal: death. In fact, he tries to commit suicide. But being a failure he can’t complete his plan and so continues living a terribly tormented life. 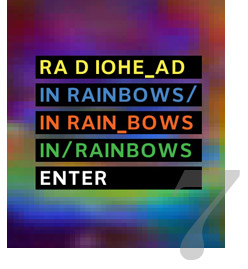 In Rainbows by Radiohead
In Rainbows is the seventh studio album by Radiohead. It was first released on 10 October 2007 but not in stores, or at iTunes or Amazon.com. It was available exclusively through Radiohead’s special website, as a digital download for which users may choose how much to pay or as a discbox with a second CD, two vinyl records, artwork and lyric booklets. In Rainbows will most likely be released as a standard CD in January 2008. According to an Internet survey conducted by Record of the Day of 3,000 people, about one-third of people who downloaded the album paid nothing, with the average price paid being 4 pounds. In Rainbows received widespread critical acclaim. 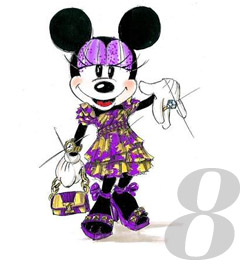 Fashion designers for 15th Disneyland Resort Anniversary – Paris
To continue its 15th birthday celebrations, Disneyland Resort Paris is teaming up with some of Europe’s leading names in fashion to design one-of-a-kind creations inspired by Disney Princesses. International fashion icons to create original, high-fashion party dresses for classic Disney Princesses such as Snow White, Sleeping Beauty, Cinderella, Tinkerbell and Minnie Mouse. The designers have penned initial sketches for their chosen characters and are now working hard to make their final one-off fantasy creations. These will be showcased at Disneyland Resort Paris in November. The designs will be auctioned off at Christie’s in Paris during an exclusive VIP event in November. Proceeds from this auction will provide much-needed funds for UNICEF. 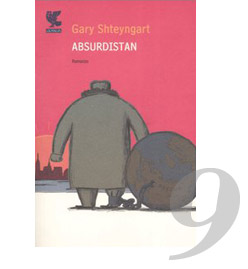 Absurdistan by Gary Shteyngart
The book is a human tragi-comedy talking about the crazy globalised world. The protagonist is a sort of Russian Gargantua. Misha Vainberg, son of the man who occupies a high position in the ranking of the richest men of Russia, whose passions are food and alcohol, music and rap and everything that has to do with New York. From U.S.A. he comes too a small nation, called Absurdistan: it is a strange exile, with very little hope of going back home. In Absurdistan he lives in a grotesque world, where he becomes to be the Minister of Intercultural Affairs: in a situation in which it seems impossible to live a normal life. 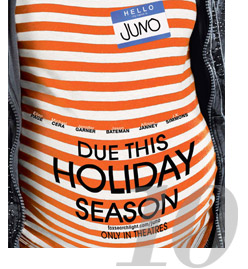 Juno by Jason Reitman
Juno, a film directed by Montreal-born and starring Canadian actress Ellen Page, has won the best film prize at the Rome film festival. Page stars as Juno MacGuff, a sharp-witted 16-year-old who tries to find suitable parents to adopt her unborn child. Organizers said that the film hit the members of the jury with emotion and that the protagonist surprises the public with an unexpected exuberance and charisma, which people do not normally associated to girls of her age. Reitman, 30, last directed the satire “Thank You For Smoking” back in 2005.