US Population to Reach 300 Million on October 17

STAND UP against poverty campaign 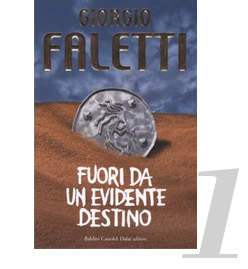 Fuori da un evidente destino by Giorgio Faletti
The release of the third novel by Giorgio Faletti, entitled Outside of an evident destiny (Fuori da un evidente destino). Strengthened by previous successes, translated in forty countries and with sales of more than five million copies, the publisher Baldini Castoldi Dalai for the latest launch has predisposed an initial print-run of 700.000 copies. The thriller is set in a small city in Arizona, on the boundaries of the land of origin of the Navajos Indians, where four characters weave their lives with violent and mysterious deaths the fruit of brutal and apparently inexplicable murders. The story follows two distinct temporal plains, that are woven together in the grip of pain. 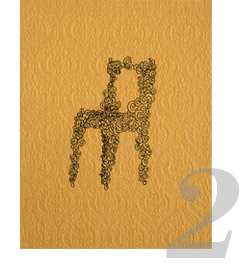 Furnishing the Self – Upholstering the Soul by David Byrne – New York
The Pace/MacGill Gallery in New York presents an exhibition of unique chair designs by David Byrne, blurring the boundary between fine art and functional design. Bringing together several recently constructed chairs with Byrne’s original drawings for their design, it will also feature a group of his imaginative sketches embroidered onto upholstery fabric. The exhibition will coincide with the release of Byrne’s new book Arboretum: sort of like borrowing the evolutionary tree format and applying it to other, often incompatible, things. 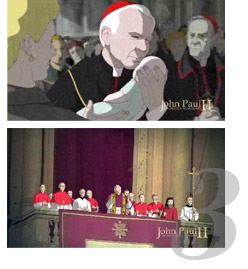 Cartoon on John Paul II – Rome
On October 17th, the Vatican City, saw the presentation of John Paul II, The Friend Of All Humanity, the first cartoon account of a Pope’s life. It was made by Cavin Cooper, a firm based in Barcelona, and is directed by esteemed producer Jose Luis Lopez-Guardia with music by Marco Frisina, Vatican cappella choirmaster. Lasting just over an hour and divided in two parts (a cartoon and a documentary with images from the Vatican), it charts the life of the man born Karol Wojtyla, from his humble beginnings in Poland to his death last year aged 84. 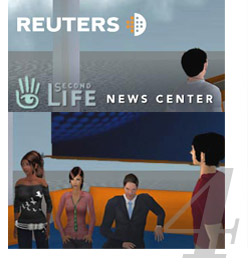 Reuters on Second Life
Reuters has recently opened a news bureau in the simulation game Second Life, joining a race by corporate name brands to take part in the hottest virtual world on the internet. Reuters is now publishing text, photo and video news from the outside world for Second Life members and news of Second Life for real world readers. Created by Linden Lab in San Francisco, Second Life is the closest thing to a parallel universe existing on the Internet. More than 900,000 users have signed up to build homes, form neighbourhoods and live out alternative versions of their lives in the 3D, computer-generated world. Players spend around $350,000 a day on average, or a rate of $13 million a year. Usage is growing in rapid double-digit terms each month. 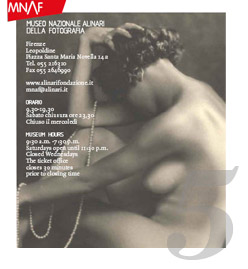 The National Alinari Museum of photography (MNAF) – Florence
Inside the ex-Leopoldine’s convent in Florence, on the 28th of October opened the National Alinari Museum of photography. Structured into seven sections, the Museum will also contain scientific innovation: photos that blind people can see, a collection of 20 images recreated in relief to being seen through tact. The two espositive areas are: temporary exhibitions and permanent exhibitions, scientifically realised as an historical contemporary trip, with scientific and didactic criteria. The project is by the architect Armando Biondo (Arktre Study), the layout is by the architect Luigi Cupellini and the scenography is by the director Tornatore. 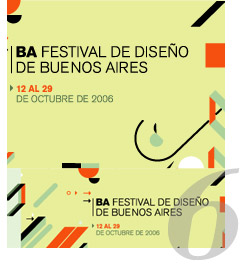 Buenos Aires Design Festival
Sponsored by the Metropolitan Design Centre, the first ever Buenos Aires Design festival seeks to raise the city’s profile on the international design scene, with shows, talks and workshops in various venues around town. Among the most interesting events is a show displayed inside port containers and a workshop on the economics of the design industry. Part of the Festival agenda is the ‘Buenos Aires, City of Design: Towards the Bicentenary (2010)’ Forum. The title of the event refers back to a key date in Argentinian history in 1810 but also looks ahead to the city’s strategic plans until 2010. 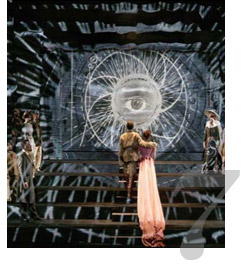 The Magic Flute at the San Carlo Theatre – Naples
Mozart’s The Magic Flute, directed and designed by the South African artist William Kentridge is the last opera performed in Naples San Carlo Theatre for the Season 2005/2006. The performance is a co-production with the Theatre Royal de La Monnaie of Brussels and is a spectacular combination of different arts. Drawings, theatre and cinema are mixed together in order to create scenery able to interact with the actors on stage. Kentridge, a visionary and traditionalist artist at the same time, declared to be inspired by photography and by the dichotomy between positive & negative and light & shadow. 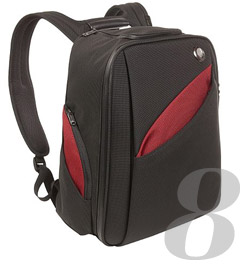 Tumi solar powered backpack
Tumi‘s new innovative backpack is an example that well combines art, design and social responsibility. Designed by the Indian sculptor Anish Kapoor, the limited edition PowerPack offers a solar panel for charging your phone and PDA, a Tumi Electric Adaptor, laptop sleeve and much more. Tumi will produce 500 of the limited edition backpacks and donate 100% of the $695 retail price to MSF, an independent, international humanitarian aid organization that provides medical assistance to populations in more than 70 countries around the world. 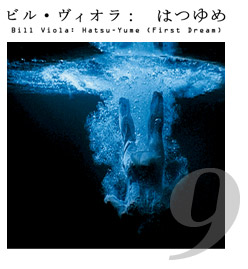 Bill Viola: Hatsu-Yume (First Dream) – Tokyo
Bill Viola lived in Japan for nearly a year and a half in the 1980′s where, in addition to studying Zen Buddhism and traditional performing arts such as Noh theatre, he gained access to some of the most advanced colour video equipment of the time. The Bill Viola: Hatsu-Yume (First Dream) exhibition at the Mori Art Museum in Tokyo is his first large-scale Asian retrospective and shows a representative selection of his work with 16 works spanning 25 years. The exhibition’s title is inspired from the Hatsu-Yume (First Dream) artwork, a 56-minute video woven around his observations of and reactions to Japanese culture and landscape. 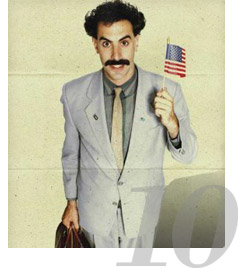 Borat by Larry Charles
Borat: Cultural Learnings of America for Make Benefit Glorious Nation of Kazakhstan (or simply Borat) is a film starring Sacha Baron Cohen and directed by Larry Charles. It is a mockumentary comedy featuring Baron Cohen’s satirical character Borat, as he travels around the U.S.A. meeting different people. The film was presented at the Rome Film Fest between the 13th and 21st of October followed by it’s screening in fourteen European countries as well as the United States and Canada. The film’s $26.4 million opening weekend in North America is the highest in history for a film released in fewer than 1,000 theaters.