Mélanconie, Genius and Insanity in the West – Grand Palais – Paris

At This Time by Burt Bacharach 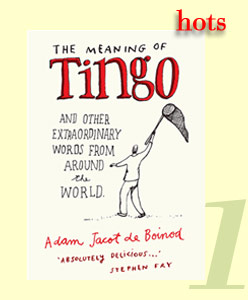 The Meaning of Tingo by Adam Jacot de Boinod
The Meaning of Tingo, (that is the way in which on Easter Islands people define “taking things from the house of a friend, to one to one, until when nothing remains it”) is a book published in U.K. written by Adam Jacot de Boinod. It is a collection of words selected after the author studied 280 dictionaries of different languages and 150 web sites. He has chosen those expressions that are often impossible to be translated, but rich of cultural messages also, like mata ego: that means “eyes that reveal that one has cried”, in Indian tulu language. 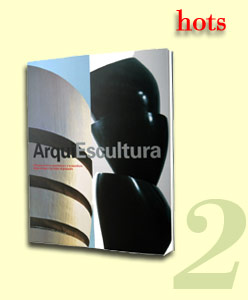 ArquiEscultura, Guggenheim Museum – Bilbao
The Guggenheim Museum of Bilbao presents ArquiEscultura, the first exhibition to deal with the relationship between architecture and sculpture: one of the most exciting artistic phenomena in the 20th century. The current boom in sculptural architecture can easily make us forget that there have been plenty of archisculptures in the past; the present phenomenon is actually part of a long tradition in which architecture and sculpture have fed off each other to their mutual benefit. The elementary visual achievement of the Egyptian pyramids is stunning in its geometrical exuberance, and the Gothic style combined sculpture and architecture in a unique organic fusion. Since its birth in the late 19th century, modern sculpture has absorbed key influences from architecture, while contemporary architecture has developed in such sculptural terms that some of the trends look like built versions of modern sculpture. “ArchiSculpture” examines many aspects of the close, reciprocal relationship between architecture and sculpture. The exhibition is based on a selection of some 180 works of art, models and photographs by the most influential artists and architects contributing to this dialogue between two disciplines. 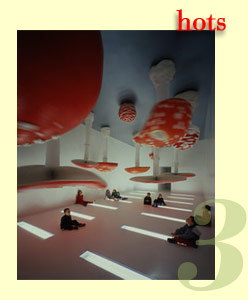 Ecstasy. In and about altered states, Moca – Los Angeles
Ecstasy. In and about altered states is a groundbreaking exhibition examining altered states of perceptions on view at The Geffen Contemporary at MOCA (the Museum of Contemporary Arts of Los Angeles). The exhibition features works from 1990 to the present by 30 artists whose works experiment with transcending everyday physical and mental conditions. Each artist in Ecstasy enacts his or her own intervention into human consciousness by calling attention to mechanisms of perception and expanding notions of reality. “Ecstasy” brings together imaginative works that create a heightened sensory experience for the viewer that elicits myriad responses, including awe and surprise, humor and delight, even confusion and sublime contemplation. The exhibition includes a wide spectrum of artistic practices such as installation, painting, sculpture, video, photography, and new media of many new or rarely exhibited works by both established and emerging artists. “Ecstasy” explores two distinct areas of perceptional experimentation. The first, more representational vein of the exhibition includes works which either represent or incorporate actual pharmaceutical and organic drugs or works representing altered states that the artists themselves have undergone, while the second area consists of works that are designed to simulate or evoke an altered experience for the viewer. 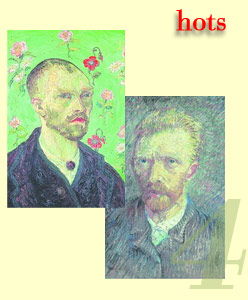 Van Gogh real fake, Zurich
The art collection of Emil Georg Bührle (1890-1956), a Zurich industrialist, is among the most important 20th-century private collections of European art. French Impressionism and Post-Impressionism constitute the core of the collection which amongst others includes seven paintings by Vincent van Gogh. In this show, entitled Van Gogh Echt Falsch (Truly Fake), visitors can learn the fascinating story of one of Bührle’s less successful buys, a fake van Gogh self-portrait that forms the centrepiece of the on-going exhibition. Lukas Gloor, the show’s curator, has put in display side by side the genuine and fake van Gogh paintings, bringing the theme of forgery to the attention of the world of art. 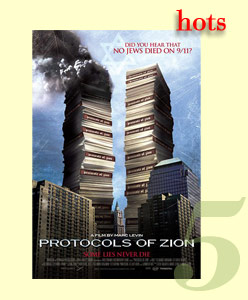 Protocols of Zion by Marc Levin
Marc Levin’s documentary Protocols of Zion is a movie about contemporary anti-Semitism, much of which the filmmaker believes is derived from a fake book (Protocols of the Elders of Zion) about a Jewish plot for world domination. This conspiracy was devised a century ago to stir up pogroms by the Czarist Russia. The book is still a best-seller at Wal-Mart and Amazon. Levin starts from a more recent example of anti-Semitic propaganda: the widespread assertion that no Jews died in the World Trade Center attack because they had been warned. In the United States, Levin talks to sidewalk preachers and young people who use coined words like Jewmerica and Jewliani (to address the former NYC mayor). Protocols of Zion makes it case expertly and powerfully, but it does not want to give any judgment. 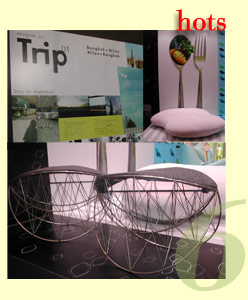 BIG +BIH, Bangkok
The twentieth edition of the Bangkok International Gift Fair (BIG) and Bangkok International Houseware Fair (BIH) has been kept from the 17 to 22 October to Bangkok. Large the attention to the design, with events and exhibition, Trip, Bangkok-Milan Milan-Bangkok: 8 thai young designers have visited the Salone del mobile ‘ 05 in Milan, some companies, such as Alessi, and the school of design Domus Academy, in order to realize the products seen during the fair. The sofa Gnocchi, from the passion of the young designer for the Italian cooking or the chair Fall, inspired to Italian lakes. 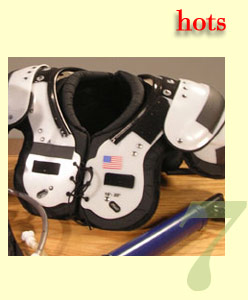 Made in The USA
“Everyone at one point in their life has had an idea or invention that they thought could be the next big thing,” said a spokesperson of the Usa Network when the Made in The USA TV program was launched. In this new reality show, inventors from across America face a panel of expert judges -Joy Mangano, Nolan Bushnell and Karim Rashid –as they try to be one of six teams to compete for a once in a lifetime opportunity: a one-year contract to sell their product on HSN (Home Shopping Network). Chris Spencer and Sammy Davis are the winners of the first round of the season thanks their invention: The Hydromax System, a device that allows football players to stay hydrated during a game without having to run to the sideline for water. 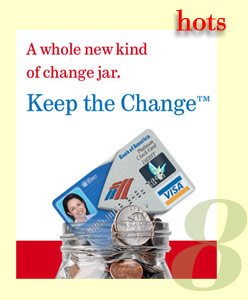 Keep the Change, Bank of America – USA
Bank of America Corp., one of the USA biggest financial institutions, has unveiled a plan to make it easier—and potentially more rewarding—to start putting money aside. The service dubbed Keep the Change allows customers to round up their debit card purchases to the nearest dollar and put the change into an interest-earning savings account. For example, a debit card purchase of a sandwich and drink for $5.45 would be increased to $6, with the extra 55 cents going into the customer’s savings account. To drum up interest in the Keep the Change program, the bank will match all contributions to the savings account for the first three months. After that, the bank will match 5 percent of the total. Bank of America stands to profit by earning a fee for each transaction made with debit cards. Banks typically charge merchants 1 percent to 2 percent of the purchase price for each debit card deal. 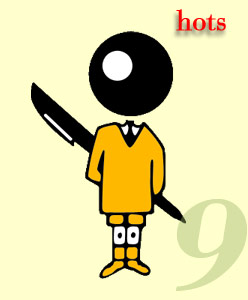 100 billion Bic pens
France 100 billion biro pens: this is the figure that the French manufacturer that launched the ball point back in 1953 has reached and that, between disposable razors and lighters, its production is expanding throughout the world. Bic, a brand created by the Bich family, a company that has an average of 60 pens sold every second day and night. Without any large celebrations, Bic underlines how in its case or in the case of Louis Vuitton, they represent a sort of globalisation but in reverse: they produce in France and sell abroad, including china. The pens come out of the Marne la Valleè factory, east of Paris, and the lighters from Redon, Brittany, and the razors from Oise, not far from the capital. 44% of the work places are in Europe, where in fact only 33% of the finished products are bought. 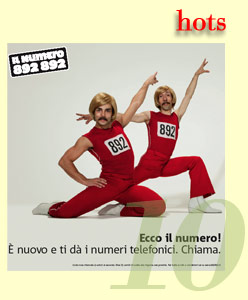 Telephone information services ad campaigns, Italy
The liberalisation of the Telephone information services has started an advertising battle not seen before in Italy. The first to be claimed was 892.892, by the American company Infoxx, that was born back in 1991 and responsible for the launch of The Number in the UK and of Le Numèro in France. The campaign rotates around the improbable performance of two blond ballerinas with mustache’s who became cult figures. A little after Telecom Italia arrived with 12.54 and 892.412. At the same moment the services of Pagine Bianche started with the number 1240 (accompanied by Billy the monkey), and 12.88 from the Spanish Tpi Paginas Amarillas ( proposed by 2 strange red beings in the form of 8 that dance to the rhythm of a jingle sung by Bobby Solo), and 12.99 by Infoxx (with the reassuring and retro Signorina Dida that says “È ovvio!” its obvious)