Chronicles Volume One by Bob Dylan 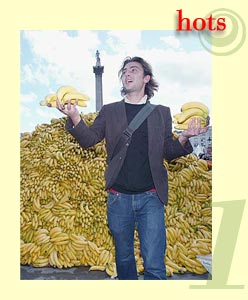 30,000 Bananas by Doug Fishbone, Trafalgar Square – London
Passers-by in Trafalgar Square were handed out bananas on October 5th after an artwork made of 30,000 items of the fruit was dismantled. The installation, which measured 8ft high and 15ft wide, was created on the pedestrianised area outside the National Gallery in central London. It was made by artist Doug Fishbone (USA) after the Greater London Authority gave the go-ahead. The life of the work “ended” after 10 hours. The work of art, now entitled 30,000 Bananas, was previously shown in New York but only involved 10,000 bananas. Curator Tom Motson said: “The bananas were given away to the public. “That’s what the work is all about, about the generosity of that gesture and about the relationships fostered through giving away the fruit, as well as the fact that this is a truly beautiful sculpture.” 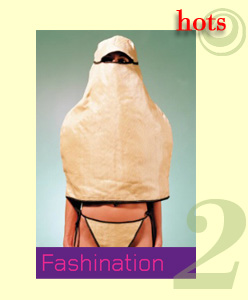 Fashination: Art and Fashion, Stockholm
This exhibition held at the Moderna Museet in Stockholm, is meant to study the mutual fascination between art and fashion. Throughout history, the two worlds have often merged in their attraction to the visual, the tactile and the experimental. Over the past ten years, however, this exchange has intensified. The exhibition consists of new works, selected material from previous collections, fashion photography and objects. Some of the featured artists and designers are Vanessa Beecroft, Bless, Hussein Chalayan, Inez van Lamsweerde & Vinoodh Matadin, Martin Margiela, Alexander McQueen, Steven Meisel, Benoit Méléard, Terry Richardson, Yinka Shonibare, Jun Takahashi, Viktor & Rolf. 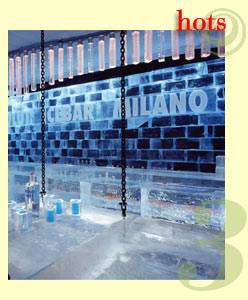 Absolut Icebar, Milan
The second Absolut Icebar in the world after that of Stockholm, has recently opened in Milan inside the Town House Hotel. It is the first public exercise in Italy, totally made with ice, after that opening ceremony of Icehotel in Jukkasjärvi in northern Sweden. The Absolut Icebar is completely made from crystal clear ice from the Torne river: ice counter, ice sofa, ice lamps including the glasses that serves the Absolut cocktails. A special thermal cape and a pair of groves are offered by them at the entrance, which allows people to stay in an environment of -5 centigrades. Visitors will get the opportunity to experience an environment that is otherwise only found at Icehotel in Jukkasjärvi. The ice will last six months and the bar will then be reconstructed. 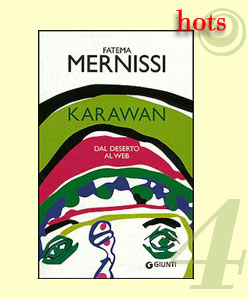 Les Sindbads marocains by Fatema Mernissi
The 10th of October Fatema Mernissi, the marocain sociologist and writer, presented her latest book Les Sindbads marocains at the International Book Fair of Frankfurt. On this occasion she partecipated at a conference-discussion titled: “The Cowboy or Sindbad – Who Will be the Globalization Winner?” The ‘journey’ that the Authoress proposes with her book passes through seventeen chapters that guide us to encounter several marocain Sindbad: common people that don’t attract the attention of the media, young people from the Atlas or from the desert which transformed themselves into ‘virtual Sinbad’ thanks to new technologies and Internet. This work of Fatema Mernissi follows her research (Cyber-Islam) on the impact of the satellite in the arabic world. 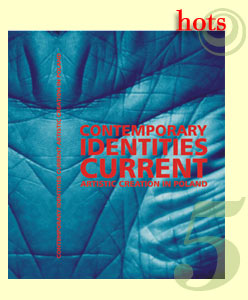 Pièces d’Identité, Poland on show – Strasburg
Apollonia, an association which has been since 1998 a sort of platform for European artistic exchanges, is staging in its gallery in Strasburg, Poland’s Identity, as it is perceived and represented by eight contemporary Polish artists. The exhibition “Pièces d’Identité”, lasting from 4th of October till the 19th of November, is part of a travelling and wider cycle on Polish contemporary art. The eight artists are photographers which, through a layering of numerous visual signs, tell us about the current identity and the personality of Poland as a place of everyday life. 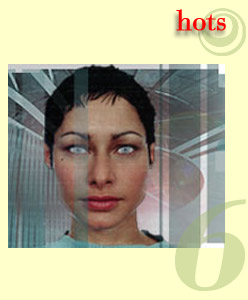 Future Face, Science Museum – London
Future Face, a new exhibition at London’s Science Museum, raises questions about the implications of the widespread use of digital technology and the growing number of cosmetic surgery treatments each year for society in the future. “We are subtlely being conditioned by the digital face and heading towards a face which no human being could have been born with” said the Future Face curator, Professor Sandra Kemp in one of her interviews. The exhibition proposes a blend of materials ranging from anatomy, portraits and medicine to popular culture, including works of art that try to imagine how the “perfect human face” will be like in the future. 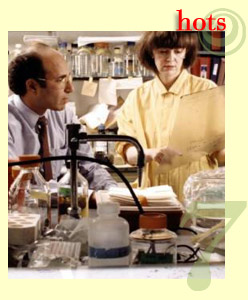 Richard Axel and Linda Buck, Nobel Prize for Medicine
Two Americans won the Nobel Prize in Medicine for discovering how people can recognize and remember an estimated 10,000 odors, from spoiled meat to a lover’s perfume. Dr. Richard Axel, 58, of Columbia University and Linda B. Buck, 57, of the Fred Hutchinson Cancer Research Center in Seattle revealed odor-sensing proteins in the nose and traced how they send their information to the brain. The Nobel Assembly at the Karolinska Institute in Stockholm, Sweden, said it chose the pair for the $1.3 million prize not because of any practical payoff from the work, but simply because they enhanced understanding of “the most enigmatic of our senses.” 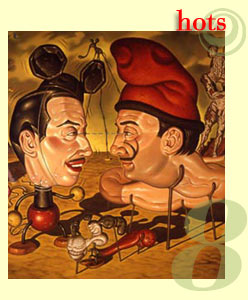 Destino by Salvador Dali and Walt Disney, New York
In 1946, Salvador Dali and Walt Disney collaborated together to create a short film, richly laden with surrealistic imagery, called Destino. Though shelved before it was animated, this cutting edge piece was recently revived and it was nominated for an Academy Award last year after being shown at the Cannes Film Festival. During a major Disney exhibition at Animazing Gallery, Destino film will be available to the public together with a selection of fine art graphics recreated from Dali’s original storyboards. Three new releases, shown to the public for the very first time, and some of Dali’s original work are also on exhibition. 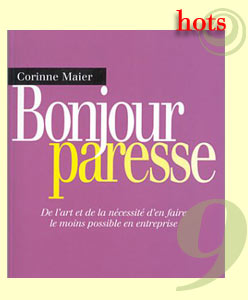 Bonjour Paresse by Corinne Maier
The book Bonjour Paresse, best seller in France with approximately 100 thousand copies sold in a short time, and is planned for release in the United States, Japan, Korea, and some European countries. In this “handbook of survival” the pleasure of doing nothing as opposed to stress from a job, as indicated by the title that translated becomes “Welcome laziness”. The solution that Corinne Maier, the forty-year old author, economist passionated of psychoanalysis, shows is that of the “undeclared strike” from work. A tremendous revenge organized under shape of laziness, a sort of specialization in the art of doing nothing, of the disengagement and the detachment from the problems of works. 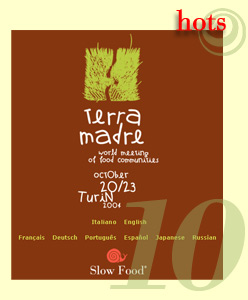 Terra Madre, Turin
Terra Madre, World Meeting of Food Communities in Turin, is a forum for those who seek to grow, raise, catch, create, distribute and promote food in ways that respect the environment, defend human dignity and protect the health of consumers. Terra Madre is a gathering of an unprecedented scale, drawing 5000 people from dozens of nations. Every participant represent a ‘Food Community’. Terra Madre rediscovers the links that connect the primary producer to the vendor: the grain grower, the baker, and the bread shop.