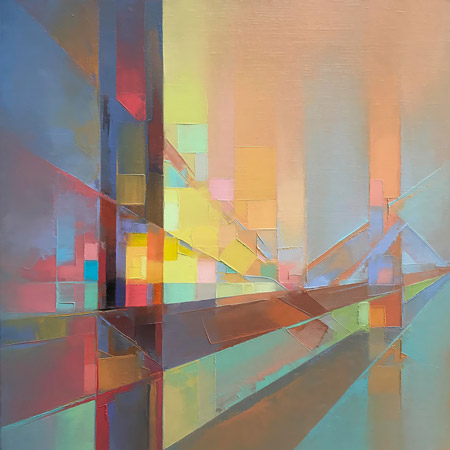 Everything I Wanted – single by Billy Eilish 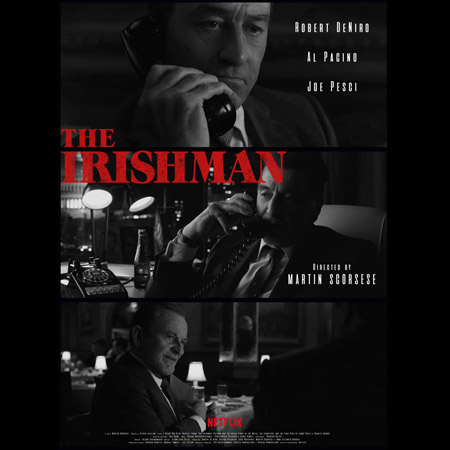 The Irishman movie by Martin Scorsese 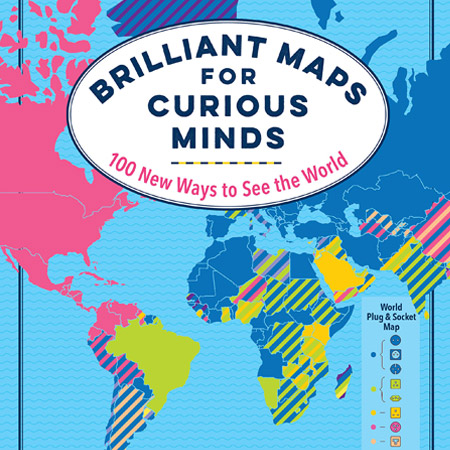 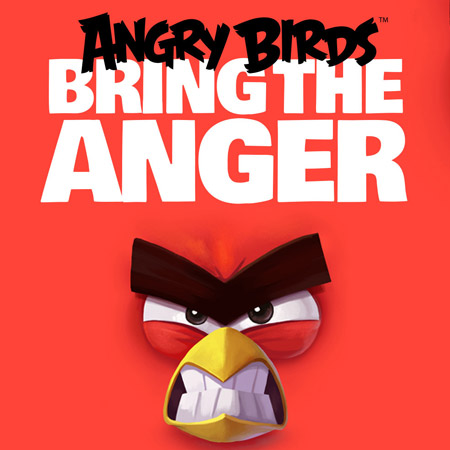 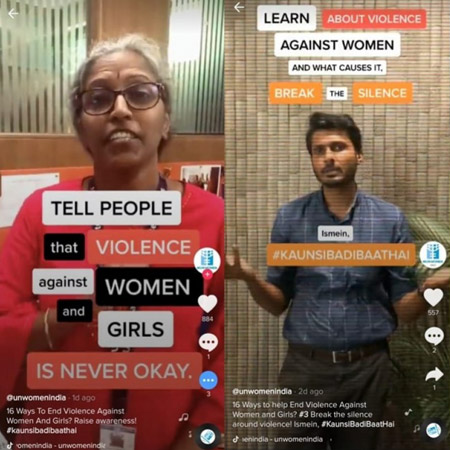 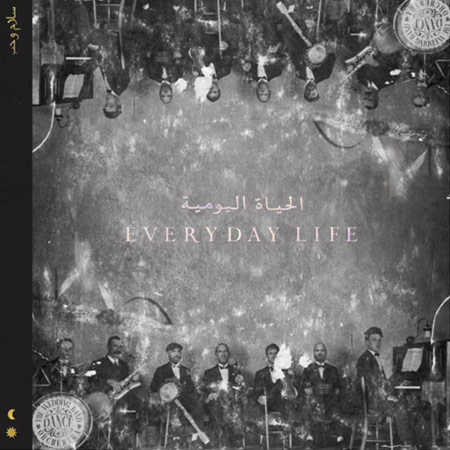 Everyday Life by Coldplay
With the release of their Everyday Life album, the UK band decided to change their approach by announcing, in an interview given to the BBC, the intention not to take it on tour around the world, but to take the time to understand how to organize concerts that are sustainable and even able to stimulate others to be. For a couple of years then, Coldplay will be looking for the best solution for tours without single use plastic and powered by solar energy. Meanwhile, on November 21st they played their album at the Amman Citadel in Jordan, the first part at sunrise and the second part at sunset, streaming it on YouTube, open to the global public. 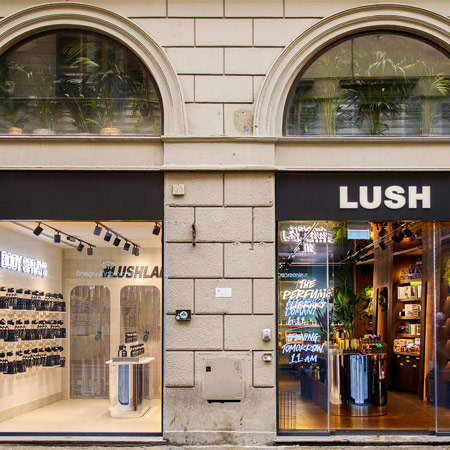 Perfume Library by Lush – Florence
The Lush Perfume Library opened in the historic center in the city of Florence. It is an innovative retail format. In the shop, in fact, a specialized “library” is proposed, within the collection of all perfumes produced by the Company. In the space everything is focused on the olfactory experience: the presence of books dedicated to perfumery and aromatherapy, the possibility for customers to explore the olfactory and sensory characteristics of the products and their production processes. Uniqueness of the store is also the presence of a vast collection of Lush Body Spray, all voted by the Lush community and sold in this store. “The perfume library for us was supposed to be in Florence because the city is the place where modern perfumery was born during the Renaissance. It is difficult not to draw inspiration from this place and for us it is a great pleasure to rediscover its history, art and its countless iconic places”, said Mark Constantine Obe, co-founder and perfumer of Lush. 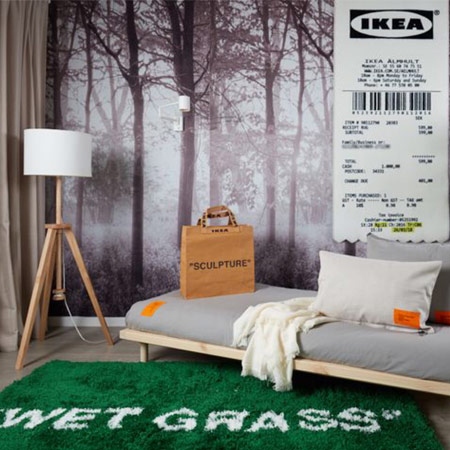 MARKERAD limited edition collection by Virgil Abloh for IKEA
The MARKERAD collection by IKEA created in collaboration with Virgil Abloh, the creative founder of Off-White, in limited edition is on sale in the store since November 1st, and can also be purchased online on the IKEA website, from 11:11 on Monday 11 November. The collection consists of 15 pieces, including a backlit painting that reproduces the Mona Lisa by Leonardo da Vinci, a doormat reminiscent of a flower bed with Wet Grass written on it, a wall clock with the word Temporary and a rug that looks like an IKEA receipt. Virgil Abloh, creative director of Louis Vuitton menswear since 2018 and founder of Off-White, is one of the most famous designers in the world and commented on his collaboration with the Swedish multinational that: “The ethos of the collection is to add quality artistic with anonymous objects.” 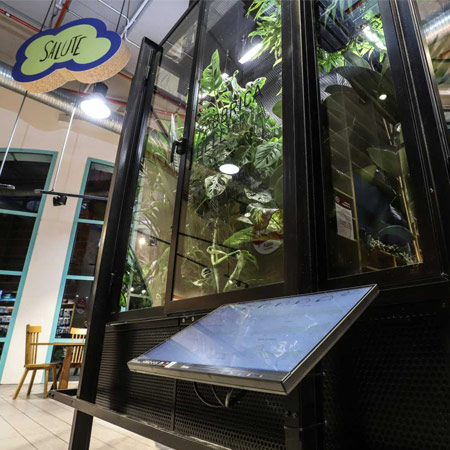 La Fabbrica dell’aria (Air Factory) – Unicoop – Florence
The Coop Novoli supermarket presents Fabbrica dell’aria (Air Factory), an experiment born from the collaboration between Unicoop Firenze, the neurobiologist Stefano Mancuso and the startup Pnat (Plant, Nature and Technology), a spin off of the University of Florence. After the first installation of a prototype at the Manifattura Tabacchi, the project debuts – first worldwide test – in a public space. The Fabbrica dell’aria indoor greenhouse presents evergreen tropical plants with large leaves, an irrigation system, led lights and a control system for constant monitoring of air quality, taking advantage of the principle that plants are naturally able to retain and degrade both inorganic and organic pollutant molecules. The objective is to evaluate the effectiveness and efficiency of the natural plant filter in the context of a crowded space and with constant refrigeration needs such as the supermarket, looking for alternatives to the usual forced mechanical ventilation system and to the consistent consumption of energy. 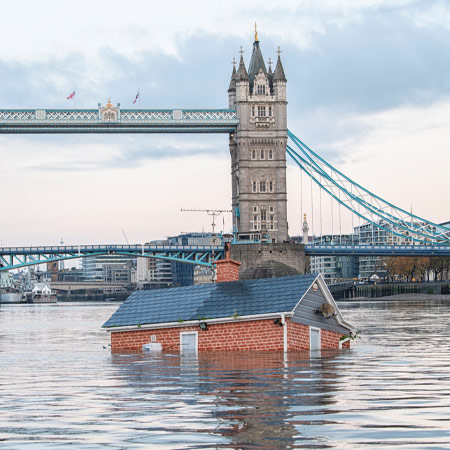 Act Now: Our House is Flooding by Extinction Rebellion – London
Extinction Rebellion activists launched a dramatic installation Our House is Flooding, in London’s River Thames. It was about a classic suburban house that was seen floating down the river (in the early hours of Sunday 10th November) and sinking into the water, as another attempt to send an SOS to the government on climate inaction and draw attention to the threat humans face from climate change and rising sea levels. “Sadly, climate-change is something that affects every one of us. We want to respectfully raise awareness of the severity of the impending human-made disaster,” said Katey Burak and Rob Higgs, who co-built the house. “We wanted to make something that people can visually connect to, whilst leaning on the government and the experts to make the changes that need to be made. Until they make the big legal and financial changes, it’s very hard for people like me or you to make significant changes to protect ourselves and the world around us.” 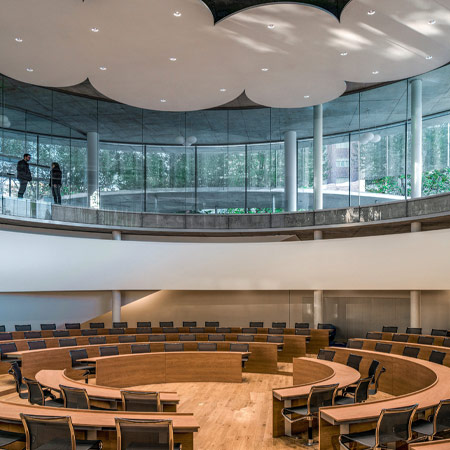 Opening of Bocconi University Campus by SANAA – Milano
The Bocconi University’s urban campus opened November 25th. It covers 90.000 square meters of land, including the 35.000 square meters of the former Milk factory. The buildings on the new campus, with sinuous lines and characterized by transparencies that enhance the concept of openness, were designed by Kazuyo Sejima and Ryue Nishizawa’s SANAA Japanese architectural firm. The construction includes a student residence that opened in August 2018, and a 17.000-square-meter green area that will be open to the public in daytime hours. The multi-purpose sports center will also be open to the public, operational starting in the next year. It will have two swimming pools (one of which is a 50-meter Olympic-size pool), a fitness area, a sports arena with a basketball/volleyball court and an indoor running track. The ultra-modern complex is made up of four buildings. They are at the forefront in terms of sustainability, guaranteeing energy self-sufficiency, the absence of harmful emissions, and heat pumps and cooling units powered by water without physical water consumption. Building roofs are equipped with high-efficiency photovoltaic panels, which produce over 1200 kW of power. 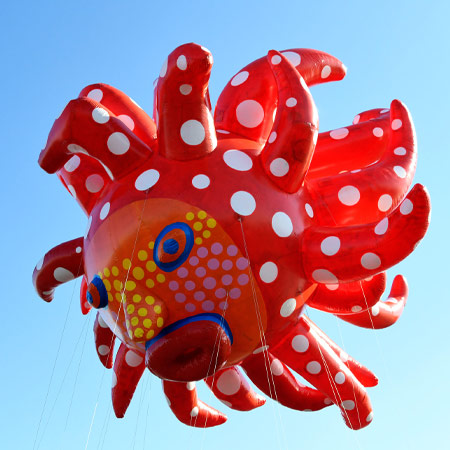 Love Flies up to the Sky balloon by Yayoi Kusama for Macy’s – Thanksgiving Day Parade – New York
One of the world’s most famous artists had a larger platform to share her work. On the morning of November 28, a balloon by Yayoi Kusama soared over New York City as part of the annual Macy’s Thanksgiving Day Parade. It was a collaboration between the artist’s studio, which conceived the work, and Macy’s balloon specialists, who built it. Kusama’s balloon, which carried one of her signature poetic titles, Love Flies up to the Sky, recalls some of her recent ebullient paintings, taking the form of a personified sun, with an open mouth. Attached to the face are numerous red tentacles that are covered with more than 300 white polka dots, another Kusama trademark. The artist’s balloon, measuring 30 feet long, 36 feet wide, and 34 feet tall, required about 20 people to walk during the parade. 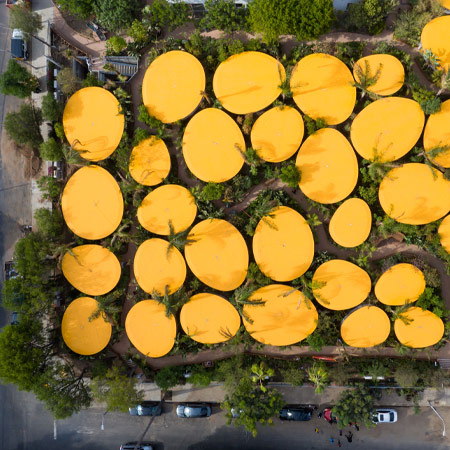 Second Home Hollywood by Selgascano – Los Angeles
Second Home, the London-based creative business for entrepreneurs and innovators, presents its first U.S. location – Second Home Hollywood – in Los Angeles. To design the venue, they teamed up with longtime collaborators Selgascano, the Spanish architecture studio let by Josè Selgas and Lucía Cano, to turn a community house into a 8.000 square meter urban campus. For this project Selgascano designed oval-shaped offices of different sizes which are scattered around Second Home’s lushly vegetated garden. The architects underline that the project’s main focus was on the outdoor environment, with the design of the interior spaces taking a back seat: “In Second Home Hollywood, instead of bringing the garden inside the office, we have brought the office out to the garden”. A network of paths connects the 60 offices, with LA’s mild climate ensuring that the garden can be used year-round. 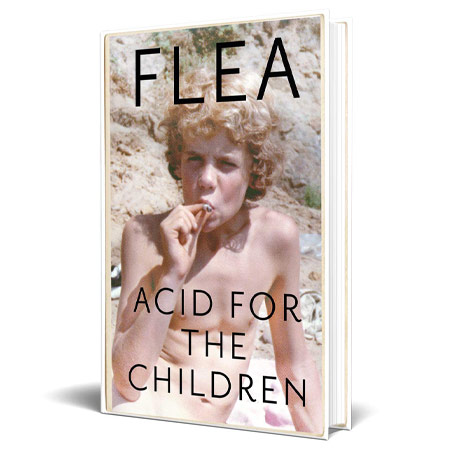 Acid for the Children book by Flea
The biography of Flea, the legendary bassist and co-founder of the Red Hot Chili Peppers, is published. In this book he traces his own life path, starting from the origins that have strongly influenced his artistic development: from Australia to the slums of New York and, finally , in Los Angeles, the city as the starting point for the worldwide success of the band. In Acid for the Children Flea accompanies the reader on a very personal journey in which he reveals the experiences that influenced him as a young artist, musician, starting from the passion for jazz, but also from the “refuge” found in the community of musicians at the edge of the Los Angeles society, to escape a very difficult family situation. And finally, the co-foundation of the Red Hot Chili Peppers, as a turning point for a radical change of life. With a prose that resembles him – witty, funny and unpredictable – Flea tells a story of maturity and sends a love letter to music and its saving power. 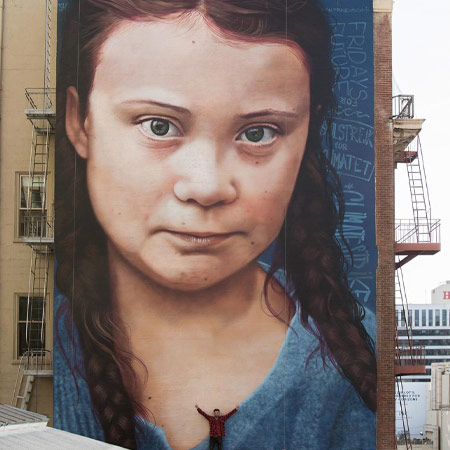 Greta Thunberg mural by Andrés “Cobre” Petreselli – San Francisco
A mural of Swedish teenage climate change activist Greta Thunberg has been completed in San Francisco. The larger-than-life depiction was unveiled Tuesday night showing Thunberg from the chest up and spreading across at least four stories of a building. The work was created by Argentine street artist Andrés Petreselli, who signs his work Cobre. He says the portrait of Thunberg was unusual because he typically does not address politics, religion or sports. “But, this one is different. I feel connected with the politics behind (it) because I think it is real and if I have to compare it with the rest of my murals, this is the most political one that I ever made.”. The artwork was funded by the non-profit group OneAtmosphere.org and is part of their “Art Celebrating Climate Activists” project. Paul Scott, the non-profit’s executive director, said he believed the artist would be perfect to create the first of what his group hopes will be a series of works honouring climate-change activists.