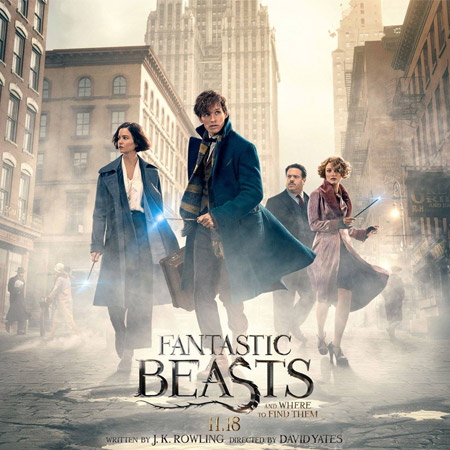 Fantastic Beasts and Where to Find Them movie by David Yates 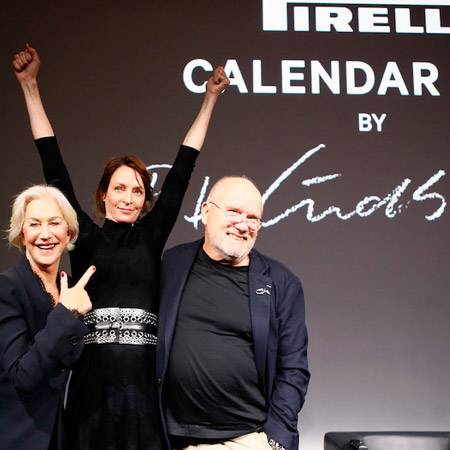 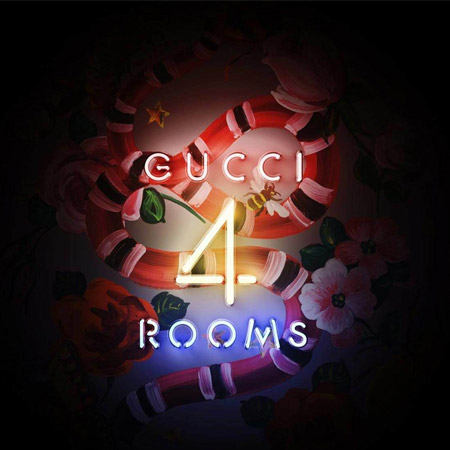 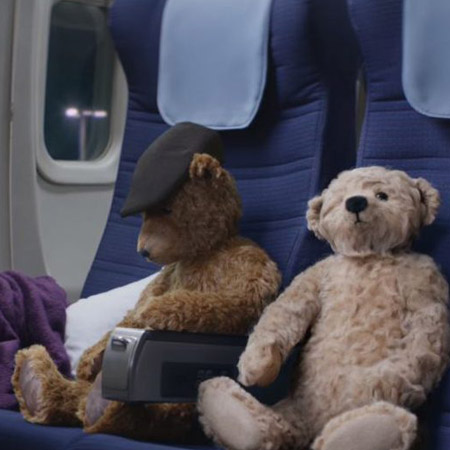 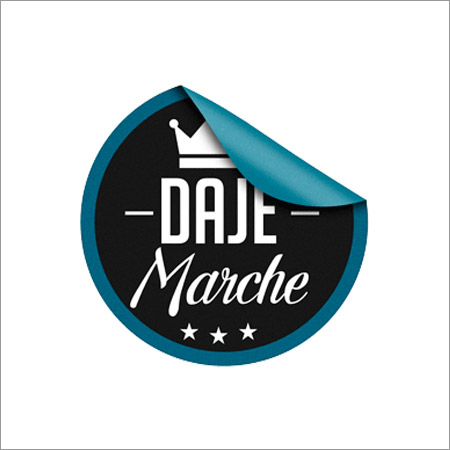 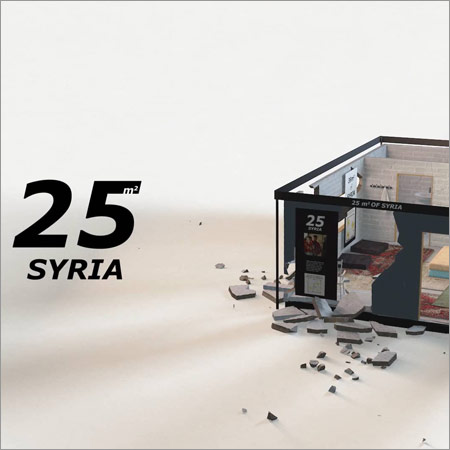 25 m2 of Syria – Ikea – Slependen – Norway
Customers of the Ikea Slependen store in Norway, next to traditional glossy environments of the brand, were able to visit for a few days a small house made of cement bricks and with mattresses on the floor, an installation that replicated a Damascus suburban home, staged to immerse the guests in the daily life of those who live the Syrian conflict. The 25 mq2 house, an almost faithful reproduction of the house of Rana and her family of 9, tells the story through the typical labels attached on the few items scattered in the house, in order to raise awareness to the problem of the war in Syria, an issue far away, but still present. The project was carried out by the advertising agency POL, in co-operation with the Red Cross, and is part of a fundraising campaign for a Syrian NGO. 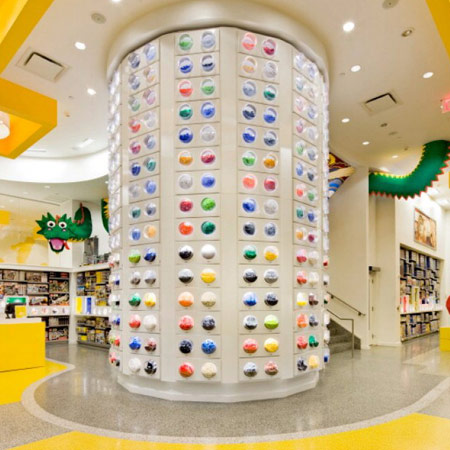 The Lego Store – Milan
Saturday, November 12th a Lego Store opened in Milan that, with its 270 square meters on two levels, is the largest Italian flagship store of the Danish plastic bricks producer. From the windows some sculptures made of Lego by Riccardo Zangelmi (the only official sculptor of Lego Italy) attract the attention of pedestrians, while inside there is a whole Lego reproduction of the Milan Dome. The company’s goal is to propose to the consumer an experience of creative purchase. Into the store there are a Digibo that – approaching the package purchased – with a 3D rendering shows how roll out your Lego model, a Lego Minifigures Scanner, which allows you to see each other “transformed” into a Lego minifigure. It was also created an Immersion portal, a space made of a large transparent box where you can enter to see more closely the special environments created strictly in Lego. 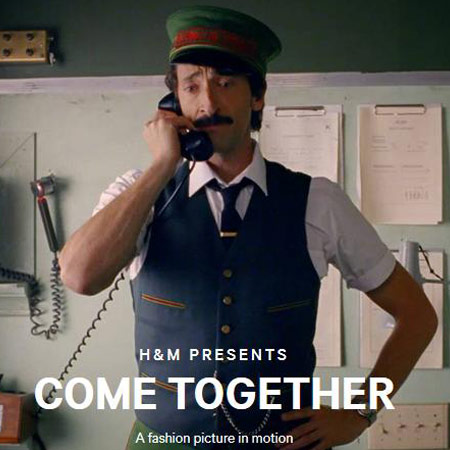 Come Together movie by Wes Anderson for H&M
For the Holiday collection 2016, H&M commissioned to the great director Wes Anderson the realization of a short film, Come Together, which in a few weeks he has collected over 8 million views. Wes Anderson, director and author of masterpieces such as The Grand Budapest Hotel and Moonrise Kingdome is also known for having created the interior design of Bar Light of the Fondazione Prada in Milan. Come Together tells in poetic and surreal way to an unexpected feast on Christmas Eve which takes place on a train blocked because of the snow. The protagonist of the film was Adrien Brody who, for the occasion, as the role of the sympathetic and lovely guard in uniform. The actor said during filming: “This story is more than ever at this moment, in which we could all do much hugging a stranger.” A simple message how important it goes straight to the heart in a dream scenario, elegant, colorful and full Anderson style with an iconic soundtrack: Happy Xmas (War is Over!) By John Lennon and Yoko Ono. 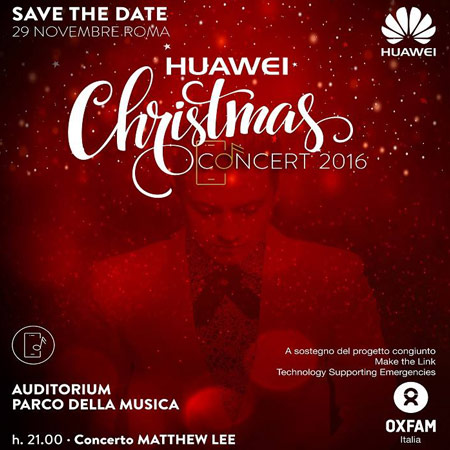 Huawei Christmas Concert 2016 – Rome
Huawei in partnership with Oxfam Italy, celebrated Christmas with a charity event at the Auditorium della Musica in Rome, a performance of Matthew Lee, pianist and singer. With their tickets, participants sustained, along with Huawei ‘s donation, the initiative “Make the Link, Technology Supporting Emergencies”. It is a training project for Italian students, with the purpose of developing their scientific and technological skills, and showing how they apply in disaster relief to populations victim of conflicts and natural disasters. 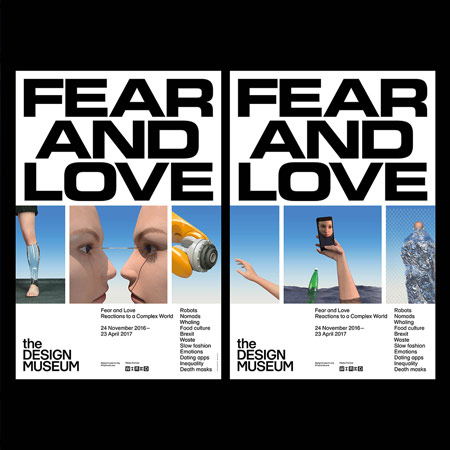 Fear and Love: Reactions to a Complex World exhibit – Design Museum – London
Originally founded in 1989 by Sir Terence Conran, the new Design Museum opened the 24th of November in the formerly Commonwealth Institute building in Holland Park, London. To revive the hollow concrete structure, the space has been redesigned by architect John Pawson. The new building is three times larger than its previous location, with one permanent collection display, two temporary exhibition displays, two shops, a restaurant, studio space, an archive and plethora of other nooks. The new museum aims to be a hub for “contemporary design and architecture and an international showcase of design skills”. The first exhibition, Fear and Love: Reactions to a Complex World, presents eleven new installations by some of the most innovative and thought-provoking designers and architects working today, exploring a spectrum of issues that define our time and including: networked sexuality, sentient robots, slow fashion and settled nomads. The exhibition asserts that design is deeply connected not just to commerce and culture but to urgent underlying issues that inspire fear and love. This is a bold, multidisciplinary and global exhibition that aims to capture the mood of the present and establish the Design Museum as the home of design debate. 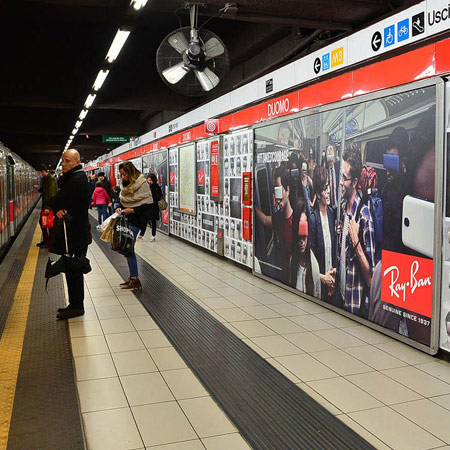 #Ittakescourage campaign by Ray-Ban’s
From November 4th to 17th Ray-Ban has been present inside the Milano’s Duomo subway station with a ‘Unplug’ campaign, an incentive to disconnect phones to reconnect with real life. The campaign #Ittakescourage launched in May 2016 and planned by OMD, speaks about the courage to be yourself and addresses the theme of technology in the era of smartphones, devices and social networks. It encourages everyone to think and behave removing digital screens in front of their eyes in order to recover a clear view of the real world and reconnect to the human interaction. The ‘Unplug’ campaign is published offline, but also online and on social network. On Ray-Ban’s official website has been recorded the experience of seven young disconnected digital influencers, they lived 48 hours in Green Bank, West Virginia, an area without signals radio and Wi-Fi. This town offers every comfort except Wi-Fi. 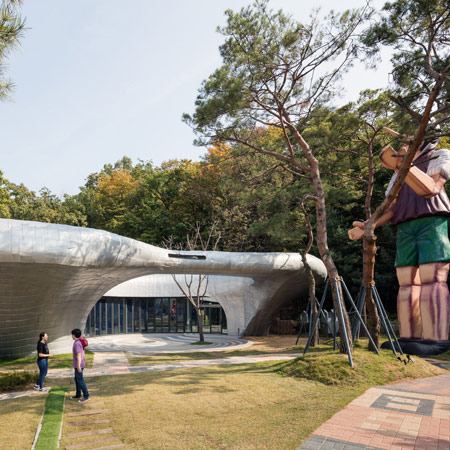 Pino Familia museum by Moon Hoo – Seoul
Korean architect Moon Hoon completed museum for a Pinocchio doll collector near Seoul. Situated on an irregularly shaped piece of land, Pino Familia comprises three buildings, each with their own program and distinct identity. It was designed for an avid collector of ephemera relating to the children’s book character – whose nose grows in correspondence with his dishonesty. Moon Hoon arranged the museum across three metal-clad buildings that surround a grassy courtyard containing a pond and a miniature train set on elevated tracks. One particularly large doll towers above the museum’s roofline. The first building is used to display the collector’s Pinocchio dolls, the second is dedicated to other characters from the tale, and the third hosts a shop, cafe and events auditorium. Each of the buildings has been gifted an usual name relating to the tale of Pinocchio: Wave and Whale, Whale Tale and The Nose Fountain respectively. 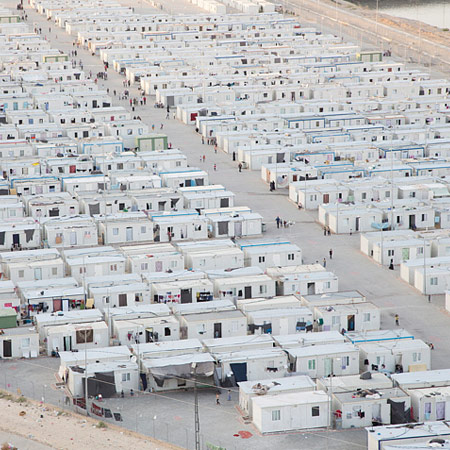 Insecurities: Tracing Displacement and Shelter exhibition – MoMA – New York
The exhibition Insecurities. Tracing Displacement and Shelter at the MoMA in New York explores how to handle the issue of more than 60 million people worldwide who are refugees, asylum seekers, and internally displaced persons. Insecurities exhibits a range of objects, including the jointly-designed IKEA Foundation-UNHCR-Better Shelter modular emergency structure, together with works by Estudio Teddy Cruz + Forman, Henk Wildschut, Reena Saini Kallat and Tiffany Chung. The exhibition organised by Sean Anderson, Associate Curator, with Arièle Dionne-Krosnick, Curatorial Assistant, Department of Architecture and Design, The Museum of Modern Art focuses on the living conditions in circumstances that have very little to do with our idea of a “built environment”. What happens when forced displacement disrupts our conventional images? Not surprisingly, the word “Insecurities” raises questions about what a house should give us, namely shelter and safety. 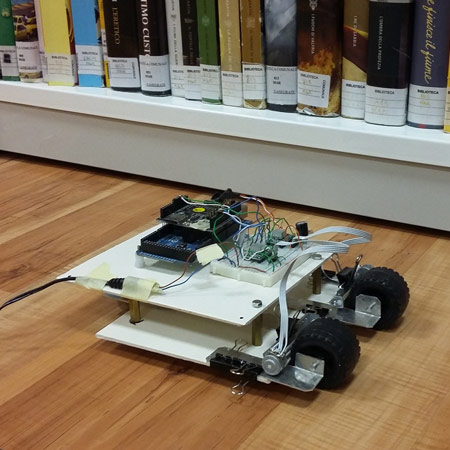 Arianna the librarian robot – Canegrate – Italy
To imagine a robot helper to accompany us through the shelves to get the right book is no longer a futuristic vision. At the Canegrate library, member of CSBNO – the largest Italian circuit associated libraries – the makers group StuffCube is designing Arianna: the librarian robot is able to move around on the floor and go where requested. The first Arianna prototype uses two stepper motors derived from CD players. The wheels are instead from a Meccano set. The supports are of aluminum sheet metal cut and folded. The project is in progress and the keyword is cooperation: anyone who wants to contribute with new ideas is welcome. 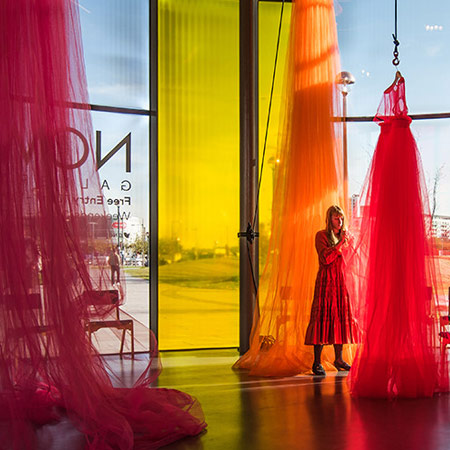 What I Like di Molly Goddard exhibit – NOW Gallery – London
The NOW Gallery in London has collaborated with the designer Molly Goddard for an installation that combines art, fashion and crafts. The aim is to draw local audiences to collaborate in a community artwork, that will freely develop on the British designers creations in tulle. Tulle workmanship is certainly among the strongest and recognisable points of the brand, with frills, ruffles and flounces that fill the collections season after season. The installation comprises six dresses suspended from the ceiling of the NOW Gallery, created with over 2.400 meters of coloured tulle, which will be used as a blank canvas by all participants to the exhibition. Alongside the garments visitors will find tutorials and all the tools to embroider . A series projections, dedicated to past collections of designers, allow viewers to be inspired by the candy-colour world of Goddard.