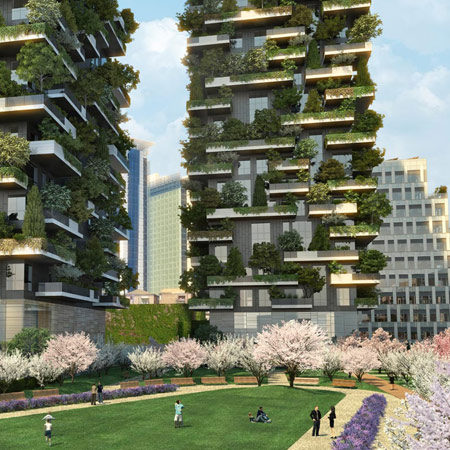 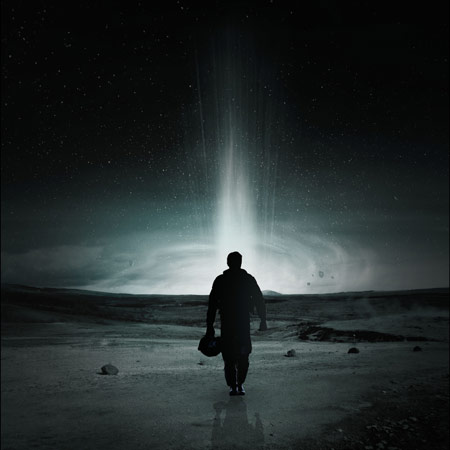 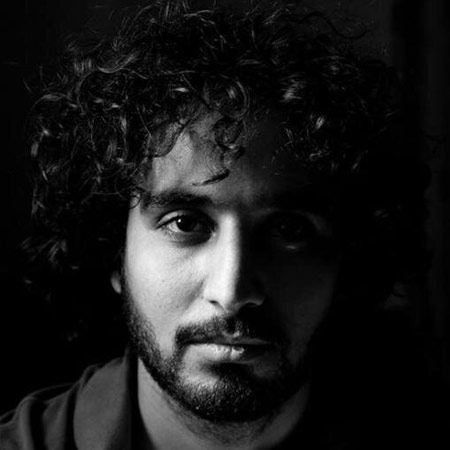 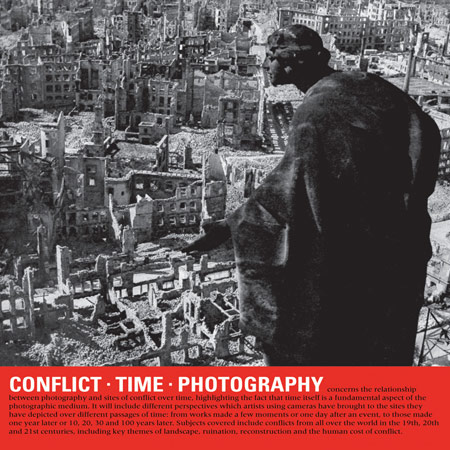 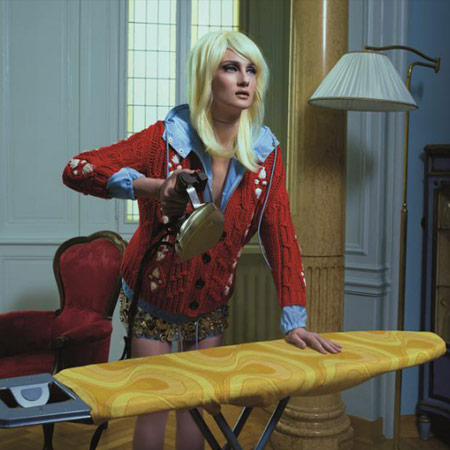 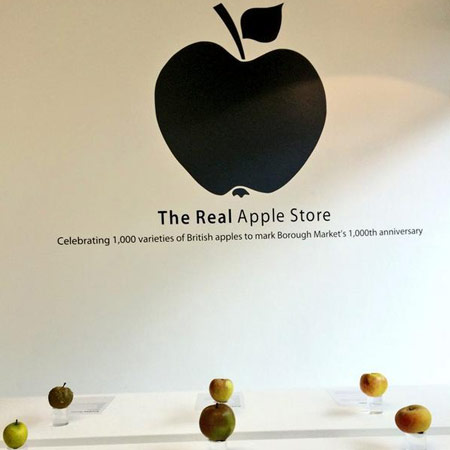 The Real Apple Store – London
1000 British apple varieties were used for Borough Market’s 1000th birthday celebration. For one weekend, communication agency TinMan and events company Teatime Production transformed a section of the indoor shopping hall into a display to celebrate the Apple day, a traditional British autumn celebration honouring the end of the harvest. The exhibition called Real Apple Store was designed very similar in style to on of tech giant Apple retail store, using similar logo, furniture, stands and placards, but this time it were used to communicate the origin, history, flavour and fun facts of the fruit, including some varieties under threat. 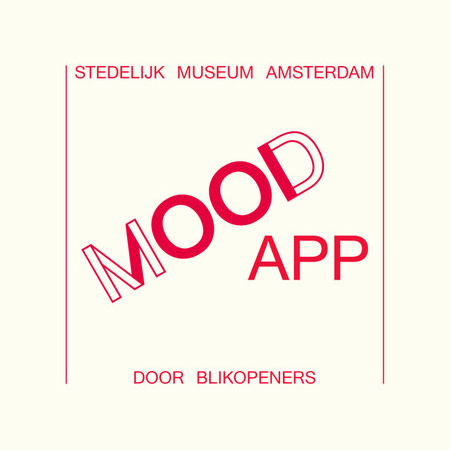 Mood App – Stedelijk Museum, Amsterdam
A visit to the museum can be a drastically different experience depending on whether you go in with a smile or a scowl on your face. Playing off this theme, on the Museum Night in Amsterdam (the 1st of November), the Stedelijk Museum launched the so called Mood App. The idea is that people can choose a state of mind – broke, scared, sad, in love, mysterious, cheerful – after which this mobile app presents a route along several works of art from the collection. If the visitor can’t find the right route to match his mood, it is also possible to compose his own tour, narrate and share it with others. Visitor-curated routes evolve over time with new user comments. The museum also provides free headphones so that visitors can listen to recordings through the Mood App. The tours are designed and voiced by young people with a job at the museum, called the Blikopeners. 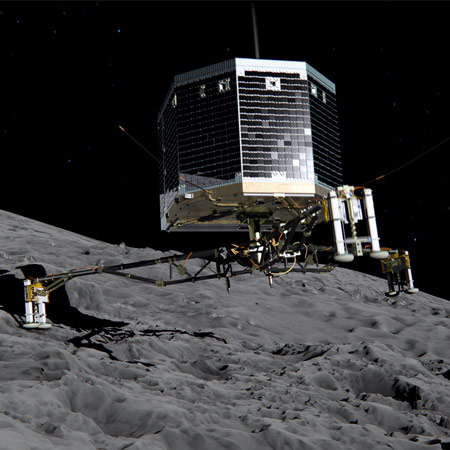 The Philae probe lands on the comet 67P/Churyumov-Gerasimenko
For the first time in history, an artifact has landed on the frozen surface of a comet. The protagonist of this enterprise is the Philae probe, that has settled on the comet 67P/ Churyumov-Gerasimenko after a journey of billions of miles that lasted 10 years. For the European Space Agency, which manages and coordinates the mission, it is one of the largest ever obtained results and allow you to discover new things about the characteristics of comets, and their behavior as they approach the sun. To make the mission yet more extraordinary is the technology on the spacecraft Rosetta, born at least 20 years ago, when the vehicle was designed. The computing power of the onboard computer of Rosetta is like a PC of the late 80s and has less than a megabyte of memory. That is to say that any smartphone in use today is thousands of times more powerful than it. 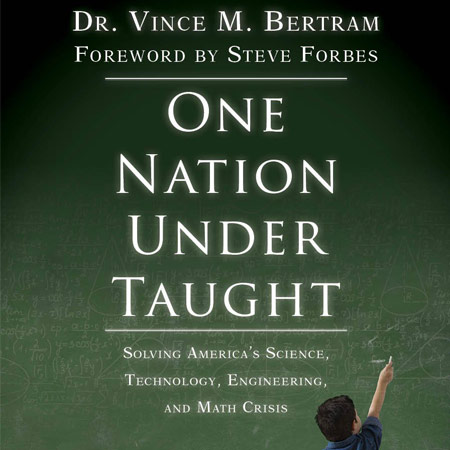 Libro One Nation Under Taught by Vince M. Bertram
In the book One Nation Under Taught Vince M. Bertram, president and CEO of Project Lead the Way (PLTW) observed that America has been steadily sliding in global education rankings for decades. In particular, the students are increasingly unable to compete globally in STEM (science, technology, engineering, and math) fields. According to the National Assessment of Education Progress (NAEP), in 2010 only 26 percent of high school seniors in the U.S. scored at or above proficient level in math and only 1 percent scored at an advanced level in science. Students struggle with STEM subjects, often because the subjects are poorly presented or badly taught. One Nation Under Taught offers a clear solution, providing a blueprint for helping students fall in love with STEM subjects, and giving them the tools they need to succeed and go on for further study in these fields. The book challenges our whole way of thinking about education, and encourages educators and policy-makers at all levels to work together to make our schools places that promote curiosity and inspire a love of learning. 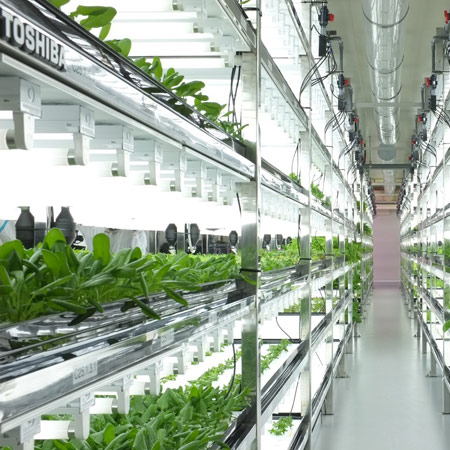 Toshiba high-tech farming – Japan
In a 21,000-square foot sterilized electronics factory about 35 miles outside of Tokyo, where Toshiba used to make floppy disks in the 1980s and 90s, the company is now starting to grow thousands of lettuce plants without sunlight or soil as it expands into indoor agriculture. The clean room environment equipped with all the (Toshiba-made) technology combines lighting, purified water, temperature control, super-efficient power generation, and monitoring equipment accessed via tablets, allowing Toshiba to produce lettuce that doesn’t even need washing before you eat it. The goal of Toshiba’s new high-tech farm is to produce the world’s highest quality lettuce. The final product will be free of any form of bacteria, fungi or insect life before being placed into sealed bags, which should ensure the product has a longer shelf life than other lettuces. Toshiba aims to harvest three million bags of leaf lettuce, baby leaf greens, spinach, mizuna and herbs every year – with each bag likely to cost consumers £1. 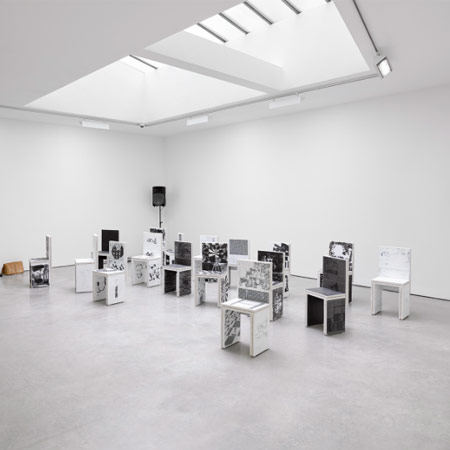 Nobody Spoke exhibition – Lisson gallery – London
From November 14th to January 17th, 2015, Lisson Gallery in London revives the work of 1960s British conceptual art collective, Art & Language, with non-functional seats and a series of new large paintings. The Nobody Spoke exhibition features five unseen paintings ,17 ‘chairs’ , non-practical seats composed of 10 overlapping paintings, and a performance featuring this installation of chairs. The imagery and motifs used on the chairs reference past works from the group’s history. This exhibition of new work marks over 40 years since this art group first showed at Lisson Gallery. Lisson Gallery was founded in 1967 by Nicholas Logsdail, and ever since has been located in Bell in London. 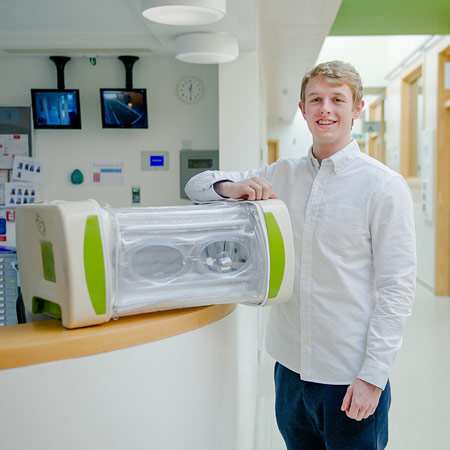 MOM – Inflatable incubator by James Roberts wins the James Dyson Award
MOM, the prototype of an inflatable incubator, won the first prize of the design competition James Dyson Award. Designed by James Roberts, 23, of the University of Loughborough, it is formed of hand inflated and heated panels. The temperature, humidity and light of the cradle are regulated by a series of sensors controlled by an Arduino circuit board. In addition to being portable, MOM costs only 250 pounds (320 euro) opposed to the 30 thousand pound (38,000 euro) price tag of a traditional incubator. According to WHO, three out of four premature babies who die in the world could be saved by an incubator. 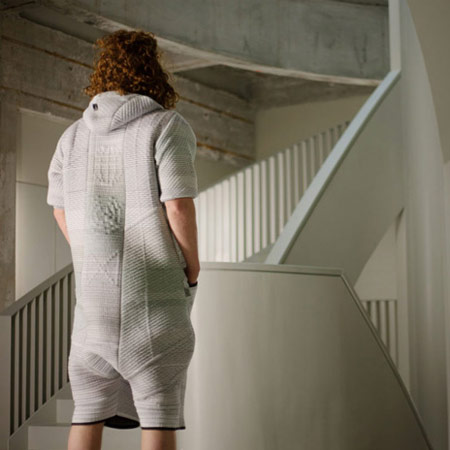 BB.Suit: Wearable Air Cleaning – Beijing Design Week
Dutch designers Borre Akkersdijk and Eva de Laat presented the BB.Suit 2.0 that purifies the polluted air surrounding the wearer during Beijing Design Week 2014. The BB.Suit 2.0 takes wearable technology to another level by using textiles to tackle the social and environmental issue of air pollution. They collaborated with Martijn ten Bhomer from the Eindhoven University of Technology, Daan Spangenberg Graphics, StudioFriso and Dutch magazine Want to create a one-piece suit that has electrical threads woven into the fabric, enabling it to provide GPS, Wi-Fi and air-cleaning technologies. “The BB.Suit started because everyone was talking about wearable technology, the bracelets, the glasses. We thought about how we could really integrate the electrical threads and sensors and not just stick them on.“ Akkersdijk told. The BB.Suit uses cold plasma technology to create a bubble of clean air around the wearer. An air-quality sensor integrated into the suit counts the particles of carbon monoxide, methane and dust around the body. The first iteration, presented at SXSW earlier this year, featured the GPS and Wi-Fi capabilities, but the team decided to tackle a local problem when developing a garment for Beijing Design Week. 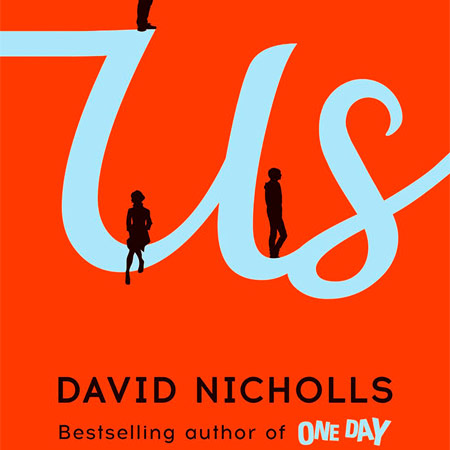 Us by David Nicholls
After five years from the worldwide success of his book “one day” (which was made into the eponymous film), David Nicholls, presents his new novel: Us. The story of Us, develops around the relationship between a father and son and the effort of the first to save his marriage, suddenly went into crisis after many years. The questioning of the relationship, the family was to take a long trip to Europe, which gets the chance of a lifetime for the protagonist, the last chance to win back the love of his wife and estimated Albie, teenage son, the eyes of which is nothing other than a parent airtight and away. The novel is a deep, family and intergenerational analysis exercise, cleverly told with drama, humour, and depth. 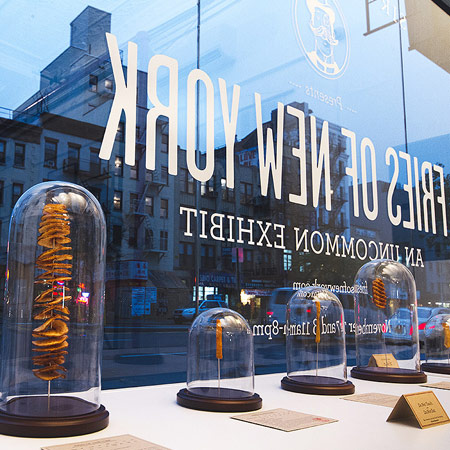 Fries of New York exhibit by Sir Kensington’s – New York
With humor and a lot of class, Sir Kensington’s, American manufacturer of fine and all-natural condiments, has dedicated an exhibition to the most important “delivery vessel” of its products: the fry. At 168 Bowery at Kenmare in New York, it was possible to admire a wide variety of french fries, cut and prepared in one hundred different ways by some of most acclaimed chefs and iconic restaurants in the city, who willingly donated their “artistic models”, all exposed under elegant glass bells. The unusual collection has been accompanied by the creation of a digital archive to which all can contribute by sending their favourite chips with a short description.