Antifragile: Things That Gain from Disorder by Nassim Nicholas Taleb 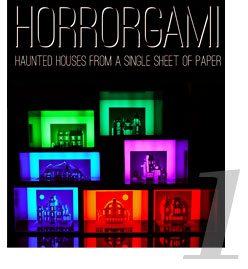 Horrorgami exhibit by Paper Dandy – One And A Half Gallery – London
Horrorgami is the first solo exhibition by paper architect Paper Dandy (Marc Hagan-Guirey). Taking inspiration from thirteen different horror films he has created thirteen original kirigami buildings based on infamous haunted locations from cult movies: Psycho, Beetlejuice, The Shining, The Exorcist, The Amityville Horror, The Addams Family and more. Each piece is created from a single piece of A4 paper and come in a high quality display case and back lit light box. By day the works take on an innocent intricate beauty, and by night they’re lit, silhouetted by light boxes giving a ‘spectral and ethereal’ feel, suggesting to “consider the orifice of fear”. Horrorgami will be showing at Gallery One And A Half in Hackney, London. The exhibition runs for 4 weeks from 1 November. 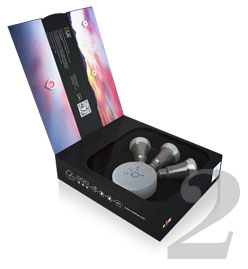 Hue by Philips
Philips in these days has launched Hue, apparently a light bulb, but in fact a revolutionary Led home lighting system directly on the net. Philips Hue makes it possible to check and adjust the light through the smartphone or tablet, customizing the ‘lighting to meet their needs and those of their families. Hue is sold exclusively in all Apple Store and comes with a starter kit with three bulbs (to replace existing ones) and a management system to connect to your wi-fi system. Sometimes you can control a connected lighting through a special Philips Hue App. Hue uses Led technology tin order to benefit from high quality and low consumption. You can set the light white or color chhosing between a virtually endless color range. 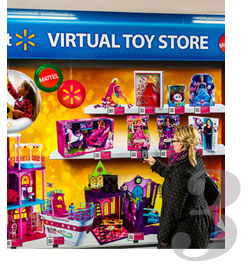 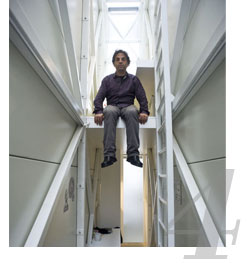 Keret – The thinnest house in the world – Warsaw
Keret, the thinnest house in the world, named after its first tenant, a famous Israeli writer Etgar Keret, in the former Jewish Ghetto district of Warsaw, was inaugurated few weeks ago. The Keret house is located in a plot between two buildings (Ch?odna 22 and ?elazna 74) and is measuring 92 centimeters in its narrowest point and 152 centimeters in its widest point. Designed by architect Jakub Szcz?sny, with the help of the Foundation of Polish Modern Art, is destined for offering hospitality to artists from around the world visiting Poland under the international residence program. 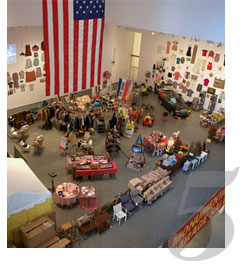 Meta-Monumental Garage Sale by Martha Rosler – MoMA – New York
Meta-Monumental Garage Sale is an exhibition curated by Martha Rosler that has transformed one of the most important museums in the world in an unusual place to meet and exchange ideas, unusual and unique opportunity to meet and get to know the artist and perhaps to make some good deals as in a garage sale. The atrium of the museum has been transformed into an art bazaar, where they were put up for sale items, clothes, bags and shoes, books, jewelry, toys, vinyl and small works of art, a collection of treasures from the Rosler collection and that of friends and family, employees of the museum and the artistic community of Brooklyn. 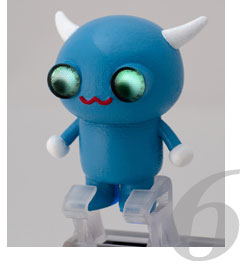 3D print with light features – Disney research
Disney is exploring the use of 3D printers to build new kinds of light features into objects. The firm’s researchers are experimenting with 3D printed optics, a new approach to creating custom optical elements for interactive devices using 3D printing. The objective is to create new kinds of toys through the use of advanced computer software. An obvious benefit of the technology is the reduction of electronic components. “We envision a future world where interactive devices can be printed rather than assembled” wrote the team. 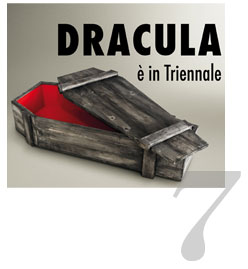 Dracula and the Vampire Myth exhibit – Triennale – Milan
Opened November 23, 2012 at Triennale in Milan an exhibition dedicated to one of the most legendary and fascinating figure of modern literature: Dracula and the vampire myth. The show was produced and organized by Alef-cultural project management in partnership with La Triennale di Milano and in collaboration with the Kunsthistorisches Museum in Vienna. The exhibition features more than 100 works including paintings, engravings, drawings, historical objects, costumes and video. The exhibition explores the figure of the most famous vampire in the world, starting from the historical to proceed with the literary transfiguration, up to the film adaptation, and finally, the sociological implications of the myth of Dracula. “Dracula and the vampire myth” is also supported by Avis, the Italian Association of Blood, which has launched an information campaign on its activities to sensitize visitors to the values of generosity and solidarity. 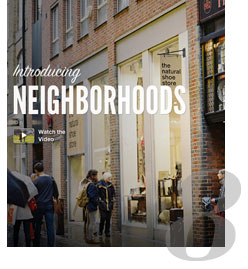 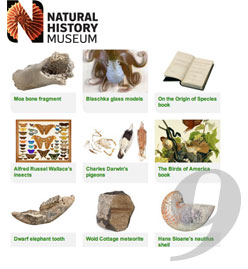 Treasures Gallery – Natural History Museum – London
The Treasures Gallery opened to the public on the 30th November 2012, offers a modern interpretation of the traditional cabinet of curiosities, showcasing the Museum’s most important objects. Situated at the very heart of the Natural History Museum, at the head of the Central Hall’s north staircase, the new permanent Treasures gallery is a celebration of the Museum’s great collection and showcases 22 of the Museum’s 70 million significant specimens, highlighting their scientific value and historical, social and cultural worth. Museum Director Dr Michael Dixon says, ‘The opening of Treasures represents an exciting future for the Natural History Museum. By inviting the world to explore the highlights of our world famous collection in this permanent gallery, many generations of visitors will capture their own unique insight into our natural world.’ 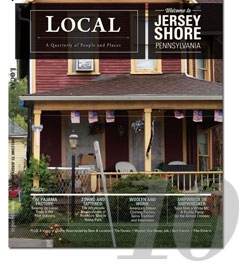 Local: A Quarterly of People and Places – USA
Local: A Quarterly of People and Places is a new experiment in local journalism (funded through Kickstarter) focusing on the overlooked and unknown America. The magazine chronicles one town per issue, in each of the 50 states. Local’s collective of contributors travel to each town for an extended period of time, discovering the unique qualities, stories and quirks of each place. The contributors piece together conversations, images, and experiences. They explore why Main St. still matters, communicate curiosities, and report on serious issues, preserving heritage where it’s dying and thriving. For Local’s first issue out, the team focused on Jersey Shore, PA. “We all have a story to tell,” said Local contributor Kat Reid. “Even if [someone] seems to have lived a life that isn’t sensational, they have an interesting story. They’re a piece of America.”