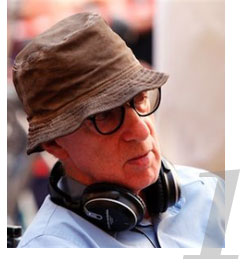 Woody Allen: A Documentary by Robert B. Weide – PBS – USA
Iconic writer, director, actor, comedian, and musician Woody Allen allowed his life and creative process to be documented on-camera for the first time. With this unprecedented access, filmmaker Robert Weide followed the notoriously private film legend over a year and a half to create the ultimate film biography. Woody Allen: A Documentary premieres nationally Sunday, November 20 and Monday, November 21 on PBS as part of the 25th anniversary season of American Masters. Beginning with Allen’s childhood and his first professional gigs as a teen – furnishing jokes for comics and publicists – American Masters – Woody Allen: A Documentary chronicles the trajectory and longevity of Allen’s career: from his work in the 1950s-60s as a TV scribe for Sid Caesar, standup comedian and frequent TV talk show guest, to a writer-director averaging one film-per-year for more than 40 years. 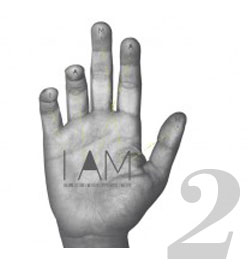 I AM project – Rome
Twelve Italian actors have been filmed during a working day as real apprentice in some historic workshops in Rome, becoming a sort of bridge between what is considered art today and what has always been art for centuries but now seems having lost its appeal: the careful work of skilled craftsman. The project I AM – conceived by Claudia Ranieri of Woolcan communication agency and realized by the photographer Roberta Krasnig – promotes the Italian traditional know-how, fixing in a photographic book, a video and an exhibition, the real experiences of actors such as Claudio Santamaria as an artistic carpenter apprentice, Elio Germano as a carpenter apprentice, Giorgio Pasotti as a watchmaker apprentice and Michele Riondino as a luthier apprentice. 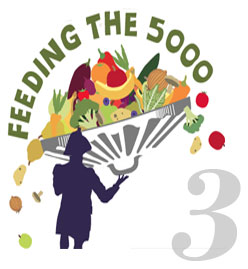 Feeding the 5,000 – Trafalgar Square – London
Thousands of Londoners took part in a free lunch of biblical proportions at Trafalgar Square on Friday 18th November, thanks to the Feeding the 5,000 initiative, that was organised to encourage households and business to reduce food waste. Official figures released recently suggest the average British family wastes £680 worth of food a year. The event was organised by charities and farmers aimed to create awareness about a better use of surplus food in the UK. Celebrity chefs in a cooking tent were showing the public how to cook and eat discarded bits of animals such as hearts, lungs and offal. The misshapen ingredients were supplied directly by farmers who sell their goods to supermarkets. 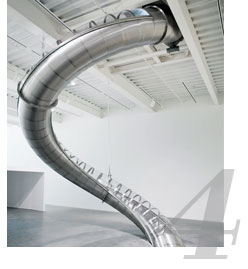 “Experience” exhibit by Carsten Höller – New Museum – New York
Experience by Carsten Höller at the New Museum, New York takes the form of proposals for radical, new ways of living by creating sculptures and diagrams for visionary architecture as well as transportation alternatives, such as his renowned slide installations. In each floor it explores a different general theme providing a carefully choreographed journey through the building and his oeuvre. For instance: Mirror Carousel provides riders with a notably different physical experience; Giant Psycho Tank invites viewers to float weightlessly in the water of a sensory deprivation pool; Giant Triple Mushrooms represent icons of the kind of personal exploratory journey. Taken as a whole, it is an invitation to re-imagine the way in which we move through the world and the relationships we build. 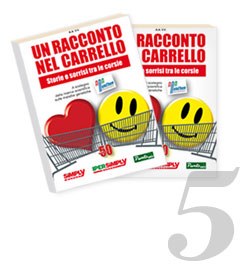 A tale in the cart – Simply – Italy
To celebrate 50 years of activity, Simply supermarket chain, has developed a series of initiatives that enhance the human side and relational shopping experience. Simply has, in fact, listened to and put out to tender employees and consumers Nectar cardholders, offering them the opportunity to participate in a contest in which they were required to write a story talking about the supermarket’s atmosphere. In a maximum of 2000 characters, people could tell a real story – occurred in the chain stores – that should excite or involve readers. Ten stories has been selected by a jury headed by the writer Barbara Garlaschelli, and published into a book entitled A Tale in the cart, printed in 10000 copies and sold in supermarkets from November 1 to December 31. The proceeds will be donated to Telethon, for its research on genetic diseases. 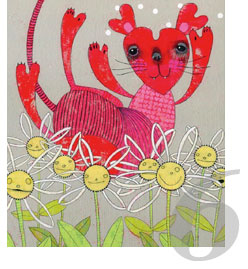 Homeroom exhibit – Subtext Gallery – San Diego
Homeroom, an exhibit showcasing pieces from 20 different artists who have re-interpreted artwork from their childhood into their current “professional” style, is on view at Subtext Gallery in San Diego. Often depicting a dreamlike world full of mystical and fairytale-based creatures, the artist’s original drawings revisit an age of innocence when creativity encountered imagination and crayons were the tool of choice. The mixture of old a new pieces offers an inside look into the development of the artists. Subtext Gallery partner Dylan Jones said, “Everyone has memories of making drawings or paintings for their parents and getting that feeling of pride when they hung it on the refrigerator. Imagine going back to your roots and finding that spark that inspired you to be an artist in the first place.” 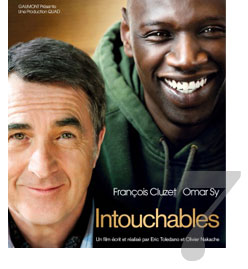 Intouchables by Eric Toledano and Olivier Nakache – France
Intouchables, a caustic comedy directed by Eric Toledano and Olivier Nakache that was released to the public in France on November 2, has attracted 2.5 million people in just 10 days. An exceptional result for a movie that the French welcome as the “new Amélie”, which is the latest episode in a phenomenon that started just a few months after Nicolas Sarkozy came to power in May 2007. From a true story, Intouchables describes the relationship between a quadriplegic aristocrat and a black ex-convict from the banlieues that was hired as his take carer, and the shift from racial prejudice to strong friendship. François Cluzet and Omar Sy give tremendous performances, though the film is certainly not a masterpiece. The public however gave such an enthusiastic response because the movie is a story of class transcendence and national unity that reconcile the French with their image of themselves as an open minded and tolerant culture, against the “Sarkozy apartheid” of the last years. 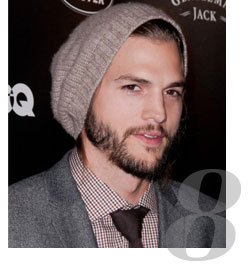 Ashton Kutcher hands Twitter account over to Manager – USA
Ashton Kutcher is turning his tweets over to a manager after he came under fire for cluelessly defending Penn State football coach Joe Paterno. The “Two and a Half Men” star tweeted “How do you fire Jo Pa? #insult #noclass as a hawkeye fan I find it in poor taste” to his 8 million followers. But until a Twitter backlash blew up, Ashton claims he didn’t know that Paterno allegedly ignored the football program’s child-rape scandal. Kutcher subsequently announced he was stepping down from Twitter and letting the pros handle his tweets. “Up until today I have posted virtually every one of my tweets on my own,” he said. “But clearly the platform has become too big to be managed by a single individual.” 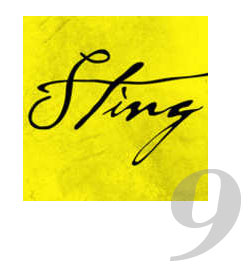 Sting 25 Appumentary
Now available on the App Store Sting 25, inaugurates a new way to celebrate the careers of great artists, the so-called “appumentary. On the occasion of the 25-year solo career, Sting offers his followers this free app that contains interviews, music videos and live footage, a multimedia compendium of his career. Sting was present at the Apple Store in Upper West Side of New York, the same day of release of the app and dedicated one of his most beautiful songs “Fragile” to Steve Jobs, honoring his memory as one who has participated to “create a better future.” The cost of production of this app has reached one million dollars. 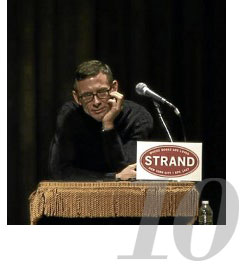 Chuck Palahniuk reading at Cooper Union – New York
Chuck Palahniuk’s readings are considered to be real artistic performances, more like rock concerts than author events. On the 1st of November 2011, the writer was in New York City for a reading related to his latest book “Damned”, inspired by Dante’s Inferno, first of a series which will investigate the entire Divine Comedy. Cooper Union’s Great Hall has witnessed the speeches of great American historical figures like Henry Kissinger and Presidents Abraham Lincoln, William Howard Taft, Bill Clinton and Barack Obama. While throwing inflatable brains to the audience, the author said: “This tour is called the Blow Your Brains Out Tour. These are large inflatable brains and they’re difficult to blow up. But if you are among the first fully inflated brains, you will win a copy of one of my favourite books.” The event was also streamed live on the web.