Progress by Take That 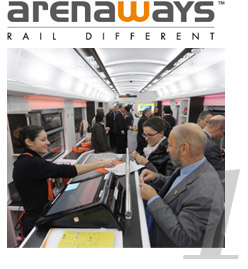 The private railway Arenaways, from Turin to Milan
On 15th of November, the first Italian private train has moved from the Turin Lingotto station and has arrived to Milan Garibaldi station. Arenaways is now operating, despite its limits of service that actually prevents it from stopping at other stations in the middle of its journey. There are four daily courses between Turin and Milan, two for each direction, with one departure in the morning and one in the evening. This is, in fact, for the moment the full extent of the railways timetable. The CEO Joseph Arena says “at these time the time table is not competitive”, but for the company “the most important thing was to start its activity.” The ticket costs 17€ and it can be purchased on the web site, in some shops or directly on board at no extra cost. On board commuters can find some innovative services, from the laundry to the opportunity to do some shopping, picking it up just before one leaves the train. 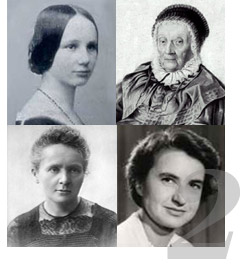 The Royal Society’s lost women scientists – London
A study of the Royal Society‘s archives by Richard Holmes, author of the book The Age of Wonder reveals that women played a far more important role in the development of science than had previously been thought. In an article published in the Guardian Holmes shares some of his research for his forthcoming book, The Lost Women of Victorian Science. “My re-examination of the Royal Society archives during this 350th birthday year has thrown new and unexpected light on the lost women of science. I have tracked down a series of letters; documents and rare publications that begin to fit together to suggest a very different network of support and understanding between the sexes. It emerges that women had a far more fruitful, if sometimes conflicted, relationship with the Royal Society than has previously been supposed”. 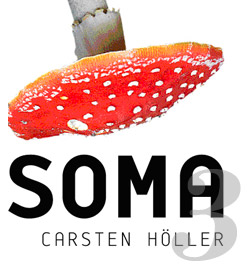 Soma exhibit by Carsten Höller – Hamburger Bahnhof – Berlin
How do we achieve enlightenment? What role is science given in our society, and what role myth? Do we need to find alternative categories for experience and alternative approaches to awakening consciousness? These questions are all raised by the artist Carsten Höller in his show in the Hamburger Bahnhof – Museum für Gegenwart – Berlin. On the November 5th, the Nationalgalerie at the Hamburger Bahnhof presents his unique project: “Soma”. In search of Soma, that helped to gain enlightenment and access to the divine sphere, to bring fortune and victory, the artist creates a three dimensional, living picture. His protagonists are unusual museum guests: reindeers and canary birds, mice and flies. 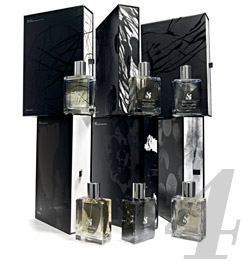 Six Scents Series Three
Each year, the Six Scents Parfums fragrance initiative brings the experience of creativity with a conscience to the world through a collection of six individual scents. Created by a distinct group of designers and perfumers, these limited edition fragrances are designed to represent a global range of contemporary views on creativity and culture. Perfumers shared their experiences creating unique, limited edition unisex fragrances designed to capture just that: experiences. Moments in time. And, a new way to interact with scent. Series Three of Six Scents is “an exploration into the nature of childhood memories and the influence of adolescence on identity.” Six designers from six different parts of the world remember the most definitive and intimate experiences of their youth, and realize it today through fragrance. 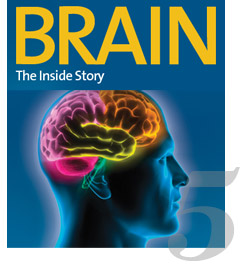 Brain: The Inside Story exhibition – American Museum of Natural History – New York
Opened at the American Museum of Natural History in New York, from the 20th of November 2010 till the 15th of August 2011, “Brain: The Inside Story” is an exhibition that will allow visitors to “enter into the mind” to explore its complex mechanisms and to catch the deep meanings of its functioning. A thematic path made of artistic installations, interactive games and in-depth examination areas, guide people while exploring their sensitive brain, their emotional, thinking, changing and their 21st century brain. This final area that has the aim of showing the future potential of thought and the human ability for improving it using new and evolving medical and technological applications. 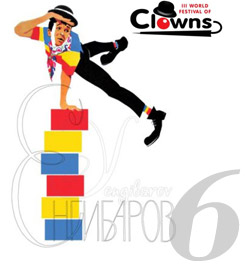 World Festival of Clowns – Yekaterinburg – Russia
From November 25th till November 28th the Siberian town of Yekaterinburg becomes the international capital of laughs, hosting the World Festival of Clowns. This edition of the World Festival of Clowns was dedicated to the 75th anniversary of the well-known clown Leonid Yengibarov, the first Soviet clown to create a poetic intellectual clownerie which made think non only laugh. Participants of this festive carnival are stars of the world clownery from Switzerland, the Netherlands, Great Britain, Hungary, Portugal, Spain, Argentina, USA and Russia. Yekaterinburg is the only city to play host to the Festival such unique, which brings all the best clowns from different countries of the world together on one arena. 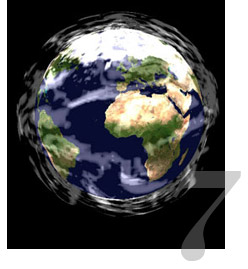 Weatherathome – United Kingdom
From November 17th, anyone with a computer and internet access can be part of a huge, pioneering climate change experiment, probing the controversial question of extreme weather events that will become more or less common as the world warms. By running advanced climate models while their PCs are idle, participants will estimate how often heat waves, floods and hurricanes will strike in the coming decades. The initiative Weatherathome, supported by the Guardian newspaper, will for the first time use regional climate models, which can create realistic weather predictions, showing temperature, winds, rain and snow. The global climate models divide the world into 150km squares, whereas the regional models use 50km or 25km squares. 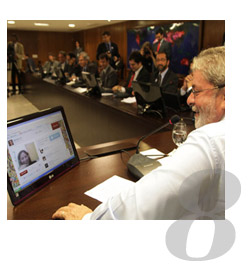 Lula interviewed by bloggers – Brazil
For the first time, only journalists of the online segment interviewed the outgoing Brazilian President Luis Inácio Lula da Silva. Ten bloggers (chosen during the First National Meeting of Progressive Bloggers that took place last August in the city of São Paulo) were invited for the occasion. Internet users could also participate by sending questions via Twitter using the hashtag “#lulablogs”. In the interview Lula said “The worst censorship that exists is to believe that the media can not be criticized”. The interview and its simple way of being transmitted showed the public how it’s getting easier to promote and to give prestige to new democratic and efficient types of journalism that are more involved in the popular interests. 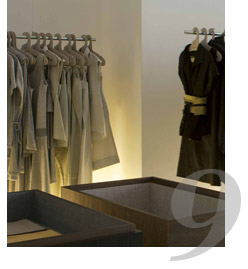 SpazioCANGIARI – Milan
On November 10th in Milan there opened SpazioCANGIARI, the first boutique of the luxury ethic, ecologic and social fashion brand. CANGIARI “Beauty is different”, originated from the social responsibility mission of the GOEL Social Consortium, and is an ethical, ecological and social fashion brand launched in 2009. “Cangiari” means “changing” in the dialect spoken in Calabria and Sicily. “Changing” as a transitive (the world) and reflexive verb (oneself), but it also means bringing change into the fashion system, in terms of eco-sustainability (all the products and processes are sustainable), and socially responsible (the entire production pipeline is made up of cooperatives that “inhabit their own territory”, promoting local communities, struggling against the mafia, and giving work to disadvantaged people). 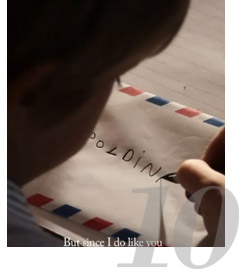 “Perché tu mi piaci” (“Because I like You”) video by Cric Agency – Italy
David Mardegan, Clemente De Muro and Niccolò Dal Corso, young founders of Cric Agency, came up with the idea of creating an advertisement with no clients, with the sole aim of seeking their first customers. After 48 hours of shooting, the three had released their video Because I like you on the Net, getting more than a half million views in its first week online. It is the story of little Giovannino, who writes a letter to little Poldina to declare his love. He keeps his word, and years after the letter is still on their night table beside the bed where Poldina is ill. Advertising experts had refused the video, explaining how people only want cheerful and optimistic situations in commercials, not two elderly people near the end of their life. The Net public have demonstrated to think otherwise.