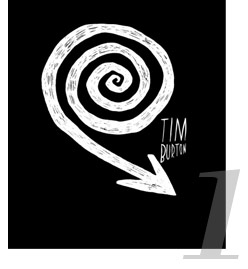 Tim Burton exhibition – MOMA – New York
Taking inspiration from popular culture, Tim Burton has reinvented Hollywood genre filmmaking as an expression of personal vision, garnering for himself an international audience of fans and influencing a generation of young artists working in film, video, and graphics. This exhibition explores the full range of his creative work, tracing the current of his visual imagination from early childhood drawings through his mature work in film. It brings together over seven hundred examples of rarely or never-before-seen drawings, paintings, photographs, moving image works, concept art, storyboards, puppets, maquettes, costumes, and cinematic ephemera from such films as Edward Scissorhands, The Nightmare Before Christmas, Batman, Mars Attacks!, Ed Wood, and Beetlejuice, and from unrealized and little-known personal projects that reveal his talent as an artist, illustrator, photographer, and writer working in the spirit of Pop Surrealism. The gallery exhibition is accompanied by a complete retrospective of Burton’s theatrical features and shorts, as well as a lavishly illustrated publication. 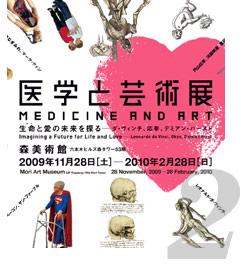 Medicine and Art – Mori Art Museum – Tokyo
The exhibition Medicine and Art. Imaging a future for life and love that takes place at the Mori Art Museum in Tokyo, explores the theme of the human body as the meeting place of science (medicine) and art. It was made possible with the cooperation of the Wellcome Trust, the world’s largest independent charity funding research into human health. Consisting of around 150 valuable medical artifacts from the Wellcome Trust and around 30 works of old Japanese and contemporary art, the exhibition presents an integrated vision of medicine and arts, science and beauty. The show is a unique attempt to reconsider the science’s role in health and happiness and also the meaning of human life and death. 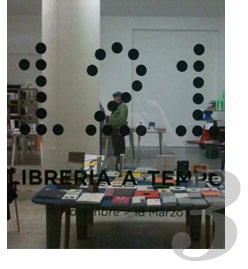 121 Temporary Bookshop – Milan
In Milan, in the Tortona zone, there has opened 121, the first temporary bookshop of the city, that has already declared its closing date (March 18th, 2010). 121 are the days that the bookshop will open to the public. It is a temporary project by Corraini Box and by Fabio Castelli’s Abook, and it is located between the Design Library and studio Corraini in Via Montevideo. 121 proposes a selection of books about design, architecture, art, photography, fashion, illustration, cooking, gardening and architecture landscapes, small design objects with a special attention to children’s books. It is proposed a rich calendar of meetings, workshops and events for adults and children. The opening has been on 24 November, with an aperitif by Camparisoda. 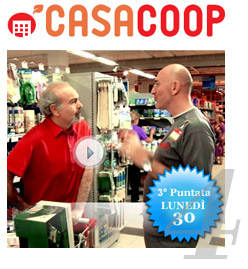 CasaCoop sit-com – Italy
The new CasaCoop sit-com is a series designed and created specifically for online transmission set between the homonym Coop supermarket shelves. CasaCoop is in fact a marketing strategy and communication, but also a “television” product with all intents and purposes, with a cast of famous professional actors. The idea is to involve the public in a platform which is other than a pure vision, to participate in a true community-style social network. It’s possible to choose between different subject areas on which interact: the history of advertising Coop from the Seventies to today, the environmental campaigns “Save energy”, the projects of international solidarity. 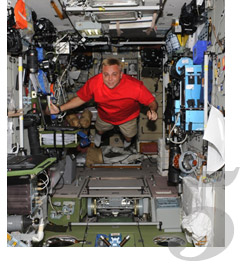 Orbital Log by Maksim Suraev – Space
The sensation and addiction of blogging has grasped millions of users worldwide. Now the craze of blogging has gone beyond the orbit of our planet, with the world’s very first space blogger, Russian astronaut Maksim Suraev who is currently aboard the International Space Agency Station. Thanks to a collaboration with the newspaper Russia Today, Maksin writes his Orbital Log on a daily basis on how he passes his days in zero gravity. Activities including gymnastics, food, prayers and friendship, without ever missing the occasional look down to the earth. The service is the brainchild of Roscosmos (Russian Federal Space Agency) with technology that allowed for the transmission of information from space. All the technical aspects out the way, the blog is full of humorous posts written by Maksim and always accompanied by his incredible photos. 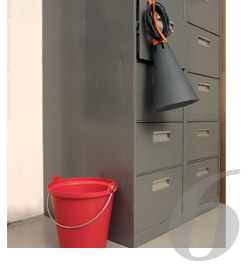 Design Real – Serpentine Gallery – London
Design Real, curated by the renowned industrial designer Konstantin Grcic, is the Serpentine Gallery’s first exhibition devoted to contemporary design, featuring 43 objects, all of which are readily available mass-produced items with “a practical function in everyday life”. Grcic’s selection for the exhibition focuses on a variety of objects, from furniture and household products to technical and industrial innovations, all used in real life contexts. The exhibition provides new perspectives from which to look at the material world around us, inspiring thinking beyond aesthetics. 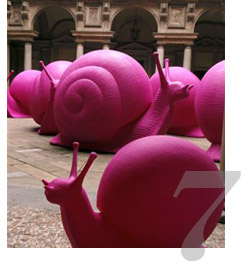 REgeneration – Cracking Art Group – Milan
Twelve fuchsia snails, more than two metres tall and three long, have occupied the centre of Milan from Piazza Scala to Piazza San Fedele where for the time being they have stopped: in January they will migrate first to Piazzetta Reale and then, in single file, they will arrive in front of the Central station. The invasion of the giant snails is not a sci-fi nightmare, but the new installation of CrackingArtGroup, a group of six renowned designers. These cumbersome symbols of slowness, realised in recycled plastic, will represent a daily warning to a city which is approaching quickly the Expo 2015. Speed is not always a virtue and these snails on the streets are an invitation to slowness. 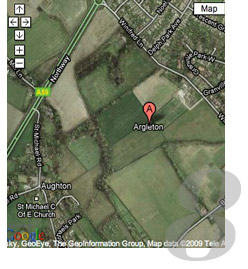 Argleton, the phantom village which only exists on Google Maps
Argleton is a village in Lancashire which has become hugely popular over the Internet. The reason is simple: Argleton doesn’t actually exist. It is a village that appears only on Google Maps. You can search online for Argleton’s local weather forecast, property prices or for the number of a local commercial activities, but in reality the village’s coordinates point to little field close to the (real) village of Aughton. All Google is saying on the matter is that it does experience “occasional errors” and that the mapping information was provided by a Dutch company called Tele Atlas. Sometimes it’s difficult to find on the web what really exists in reality, but this time Internet has overcome reality. 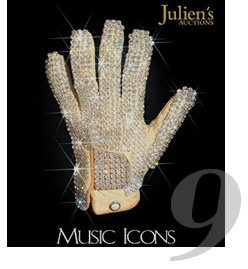 Memorabilia Auctions – Museum of Arts – Lugano
Michael Jackson’s famous white glove sold for $350,000 at a memorabilia auction on November 21st, while a black jacket he wore during a 1989 world tour fetched $225,000. The buyer was Hong Kong businessman Hoffman Ma. The glove was worn by Jackson when he first staged the famous moonwalk dance at the 1983 Motown 25 television special. The opening bid of $10,000 leaped immediately to $120,000 before peaking at $350.000. With the added commission, the final price excluding taxes ran to some $420,000. The same soaring effect had the New York auction of items belonging to the Wall Street financier Bernie Madoff that raised nearly $1m, twice as much as auctioneers hoped. Some items, including his Mets baseball jacket and his wife’s diamond earrings, fetched over 20 times their estimated value. The proceeds will go to the fraudster’s many victims, but it represents a mere fraction of estimated $21bn he stole. 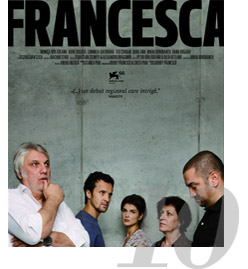 Francesca by Bobby Paunescu
Francesca is a Romanian film by the young director Bobby Paunescu. The protagonist is a young kindergarten teacher who dreams of emigrating to Italy. In search of a better life, she is ready to face any obstacle, even the doubts and concerns about Italy of people close to her in Bucarest. Chosen as the opening film of the Section “Orizzonti” at the last Venice Film Festival, Francesca is a harsh criticism against racism and stereotypes of Italians against the Romanians. Even if Alessandra Mussolini has sued the director for the phrases attributed to her, the film was well received by the audience and is showing in Italian cinemas starting from November 27th.