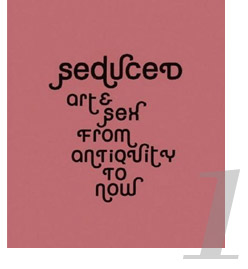 Seduced: Art and Sex from Antiquity to Now – Barbican Gallery – London
Seduced explores the representation of sex in art through the ages. Featuring over 300 works spanning 2000 years, it brings together Roman sculptures, Indian manuscripts, Japanese prints, Chinese watercolours, Renaissance and Baroque paintings and 19th century photography with modern and contemporary art. Seduced presents the work of around 70 artists including Nobuyoshi Araki, Francis Bacon, Jeff Koons, Robert Mapplethorpe, Pablo Picasso, Rembrandt van Rijn and Andy Warhol among others. Stimulating the mind and the senses, provocative and compelling, Seduced provides the historical and cultural framework to explore the boundaries of acceptability in art. Seduced is curated by Marina Wallace, Martin Kemp and Joanne Bernstein. 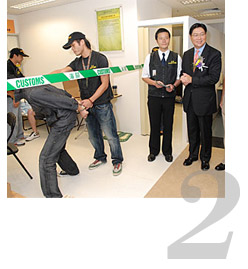 Intellectual Property Rights Museum – Hong Kong
Hong Kong’s Customs and Excise Department in November opened the doors of the Intellectual Property Rights Museum, a space containing hundreds of examples of pirated products sold in Hong Kong since the 1970s. This small museum in Kowloon Bay displays more than 300 pieces of significant copyright-infringed items and counterfeit goods seized by Customs. The museum will enhance public awareness of intellectual property rights and showcase the Government’s achievements in enforcing them. Exhibits range from the common – DVDs or CDs – to the more unusual, such as cognac, toys and a statuette that belonged to “Big Crook”, the first person ever to be convicted of piracy. 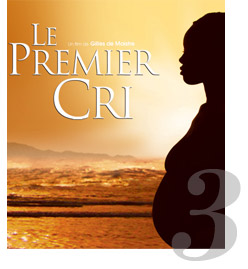 Le premier cri by Gilles de Mastre
Le premier cri, Giolles de Mastre’s documentary on childbirth has become a phenomenon well before its release (seen by 140.000 throughout 250 French cinemas in the first week of release). This documentary is destined to create upheaval and planetary discussions because of the theme itself – the act of giving birth seen with the eye of different cultures – and because of the apparent contrast between such a delicate and intimate matter and the documentary style the director gave to this film. The director affirms: “…in the moment of a childbirth, women let their personal stories appear through, and I had pleasure to tell people about those particular stories. The moment of birth is a theme we are strictly related to and, together with the theme of death, is one of the experience all human beings have in common”. 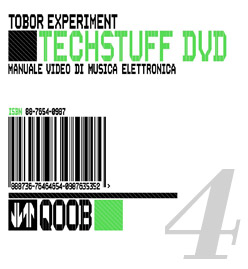 Tech Stuff: manuale video di musica elettronica by Tobor Experiment
QOOB and Isbn Edizioni have recently released Tech Stuff, a compendium of electronic music released on book and DVD. Tech Stuff is the Qoob Factory’s first production. The idea, generated by a QOOB user (Giorgio Sancristoforo aka Tobor Experiment) is produced by Qoob in partnership with The Box Films. Tech Stuff is a documentary of 10 x 4 minutes episodes on the techniques, the artists and the most bizarre instruments which have made the history of electronic music. As a bonus, the DVD also contains an exclusive interview with German composer Karlheinz Stockhausen at his studio in Kuerten, and Generator X1, a software developed by Tobor Experiment to create generative music on your own. 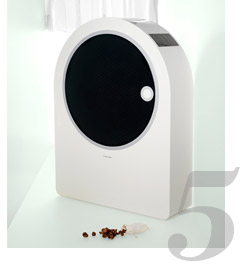 E-wash eco-friendly wahing machine
The winner of the 2007 Electrolux Design Lab, a competition to design eco-friendly and sustainable household appliances for 2020, is the E-wash by Levente Szabó, a compact washing machine that uses soap nuts produced by the Sapindus Mukorossi tree instead of industrial detergent. Szabó says that his starting point was the polluting effect of both the washing process and the production, packaging and transportation of the detergent. “The soapnut is a natural plant and can be cultivated: so it doesn’t harm nature but is a part of it; moreover a kg of soap nuts would last a year, and soap nuts are good for people with allergies and gentle on clothes.”, explains Szabó. 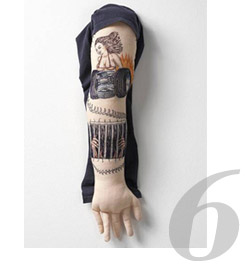 Pricked: Extreme Embroidery – Museum of Arts & Design – New York
Samplers, table cloths, tea towels, and party dresses often spring to mind when the word “embroidery” is invoked, but the forty-eight international artists highlighted in Pricked: Extreme Embroidery tell a very different story. Pricked is the Museum of Arts & Design’s latest exploration into how centuries-old handcraft traditions are rejuvenated in the mainstream of contemporary art and design. The artists are both men and women from 17 countries as diverse as Romania, Egypt, Wales, Mexico and the Netherlands, as well as the U.S. Works by artists of the caliber of Maira Kalman and Elaine Reichek are shown alongside works by emerging artists such as Andrea Deszö of Transylvania, who records aphorisms and warnings received from her Transylvania mother in a series titled Lessons from My Mother. In addition, works by designers such as Mattia Bonetti document the use of embroidery techniques in the sphere of design. 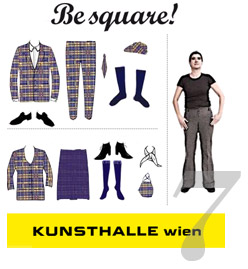 Be square! by Antonio Niello – Kunstalle – Vienna
Be square! is a project commissioned to an Italian artist, Antonio Riello, to celebrate the 15th anniversary of the birth of the Kunsthalle, an institution for contemporary art in Vienna. He achieved an “artistic uniform”, in tartan pure British style, dressed by all personnel of the museum along 15 days, starting from the 10th of November. The aim of the initiative is to bring art in all the spaces of the museum, including the unusual ones, such as toilets, parking or the museum cafe. A group of fashion designer coordinated by Riello, has created the uniforms, realized by all brands, expressions of the excellence of the Made in Italy. 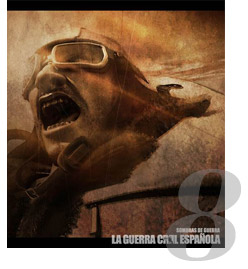 Shadows of War videogame – Spain
Brought into the Spanish market, Shadows of War is an arousing bitter controversy for its theme. It is in fact the first videogame about the Spanish civil war which bathed the country in blood during the Thirties. The launch to coincide with the taking a vote on the Historical Memory Law – meant to outlaw the Francoism symbols and to indemnify its victims – is bringing many polemics to Legend Studios, the manufacturer. Francisco Pérez, the videogame creator, shields it talking about the three years long severe historical studies before the launch and about his idea of giving an educational instrument able to speak to the youngest. 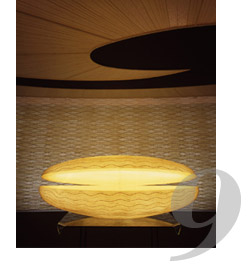 Prayers through Washi by Eriko Horiki – Sogo Museum of Arts – Yokohama
The Sogo Museum of Art in November hosts Prayers through Washi, an exhibition by Eriko Horiki, a former banker who changed her career to explore the world of washi, a tough Japanese paper used in many traditional arts (including origami and ukiyo-e). Ms Horiki ultimately learned how to make washi herself, and began using it to create wonderfully inventive, large-scale works of art, producing decorative murals for hotels, department stores and airports. In 2000 Eriko opened her own company which aims is to create innovative spaces using washi paper in different forms that generate spectacular visionaire landscapes. 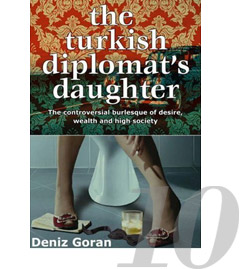 The Turkish Diplomat’s Daughter by Selin Tamtekin
An explicit book, The Turkish Diplomat’s Daughter by Selin Tamtekin, has caused uproar in her native Turkey. Selin has caused outrage in Turkey after the British publication of her debut novel, chronicling sexual affairs with a Bangladeshi landlord, a sailor and a Freddie Mercury-obsessed fantasist. When Turkish newspapers got hold of the book, Tamtekin admitted her identity (it is written under the pseudonym Deniz Goran) and was so roundly pilloried that worried friends dubbed her “the female Salman Rushdie”. Splashed on the front pages of at least four national newspapers, she was derided as a “high-class Mayfair prostitute” who was writing about her own thinly veiled sexual experiences.