Self, Life, Death by Nobuyoshi Araki 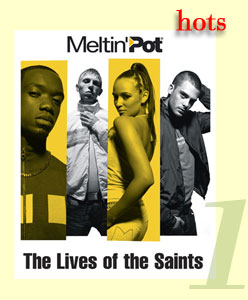 Meltin’Pot breaks into cinema
As a brand that strives to be innovative and creative, Meltin’Pot takes another bold leap, and lands in the moviemaking territory. Augusto Romano, Meltin’Pot’s Company Director, approached Creative Director Rankin with the idea of filming a short movie. But why do things small? Rankin suggested making a full feature film instead. Not merely a financial backer of the project, Meltin’Pot is factually involved in the making as associate producer, thus extending its attention-grabbing, innovative antics from fashion to the film industry. According to Augusto Romano “A successful film can be the most powerful vehicle for conveying even the most complex messages, and cinema represents one of the most appreciated forms of modern entertainment, capable of attracting not only large audiences but a significant amount of exposure. The film gives us both the opportunity to support a great cinema project and to be highly innovative in terms of conveying the Meltin’Pot brand to an eclectic audience”. The whole communications strategy for the next season, from billboards to TV commercials, will revolve around the movie and its key characters, whose wardrobes feature items taken from the Meltin’Pot summer 06 range in a way that is both sensitive to and appropriate for the evolving of the plot. In a back-n-forth dynamic, the movie will give transversal appeal to Meltin’Pot, while the global Meltin’Pot marketing strategy will promote the movie and its characters in exchange. The movie will naturally have a life of its own through the various distribution channels. Entitled “The Lives of the Saints”, the feature is the result of the collaboration between Meltin’Pot, Rankin/Dazed Film & TV and respected scriptwriter Tony Grisoni. 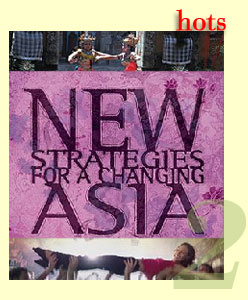 Singapore meet the world’s creative industry
Singapore get inside the minds of the world’s most creative thinkers and managers with two big events taking place in november: Adasia 2005 and Beyond Summit 2005. Adasia is returning to Singapore for the second time in 25 years. This biennial event is a platform for major players or key decision makers and a premier event for executives in the advertising and marketing communications industry with: ground breaking topics, stimulating seminars, workshops and sharing sessions top the agenda for ADASIA. Beyond 2005 is Asia’s first and only summit of its kind and aims to become the world’s most inspiring, influential and progressive forum for creative thought leadership and business application. It is an opportunity to meet and share the vision and the practices of some of the world’s most influential creative managers, business leaders and thinkers as they deliver insights into the trends, opportunities and implications facing the Creative Industries today. Beyond 2005 will seek to connect: for an interactive dialogue on best practice, trends, challenges and issues; young and established practitioners, by providing a platform for interaction exchange and networking; Singapore and the rest of Asia to the West, bringing together diverse creative perspectives from all over the world.

50 Cents: Bulletproof videogame
50 Cent: Bulletproof, the gritty urban action game starring multi-platinum recording artist 50 Cent, is now available to meet the widespread consumer demand for one of the year’s most anticipated console releases. Gamers and fans of 50 Cent and G-Unit can now get their hands on the highly engaging third-person shooter, which boasts over four CDs of music including new exclusive tracks and remixes, more than a dozen music videos and tons of bonus features. In the game, 50 Cent gets caught in a web of corruption, double-crosses and shady deals that lead him on a bloody path through New York’s underworld. Backed-up by his G Unit soldiers, the streets heat up as 50 Cent takes on the most dangerous crime families in the city. Players assume the role of 50 Cent in a fictitious story, where they will use an arsenal of tactics including more than 25 dramatic counter kill moves, evasive rolls and mobile cover to stay alive while the bullets fly. 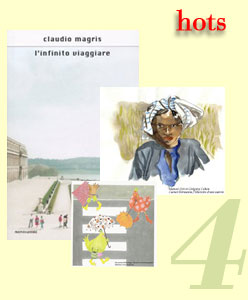 Travelling & culture
The Biennial is inaugurated 18 November to Clermont Ferrand dedicated to the Carnet de Voyage: he note-books from travel are illustrated by several artists through the technique of watercolour. Debates and events complete the manifestation turning around the reflection on the deep sense of the travel in the contemporary society in comparison to the past, and on the representation of the surrounding. Analogous topics are presented in the last book of Claudio Magris, The infinite travelling, in which the experience of the travel is both existential and cultural. 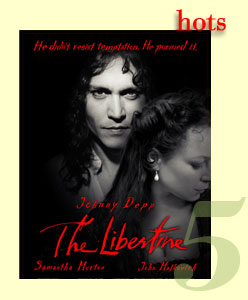 The Libertine by Lawrence Dunmore
In the movie The Libertine, directed from Lawrence Dunmore at his first direction, Johnny Depp interprets the life of John Wilmot, the second count of Rochester. The story is at the English court of king Carl II in 1670. Wilmot was one shattering figure for its age: ironic and scoffer and great provoker, died only 33 years old, for sexual abuses and alcool. Dedicated by Deep to Marlon Brando, the movie tells as often a creative genius is linked with a strong self-destroying force. Samantha Morton is the young with which the protagonist has a love passionate relation. 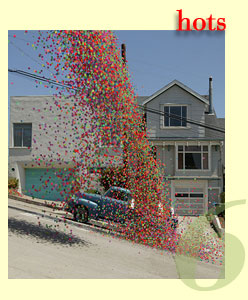 Sony Bravia Advertising
In order to advertise its new line of liquid crystal display TVs, Sony traveled to San Francisco, closed off several streets, shot 250,000 bouncy rubber balls out of cannons, filmed the action in slow motion and created a two-and-a-half-minute TV commercial for viewers in Europe, Australia and New Zealand. The product is innovative, but the short movie is definitely low-tech and filled with poetry. This commercial is “a statement of our intent, that we are a committed and powerful brand,” said David Patton, senior vice president for communications for Sony in Europe. 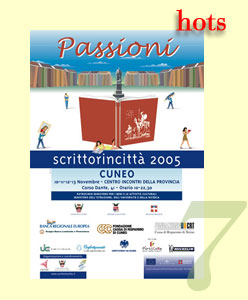 Scrittorincittà: Passions, Cuneo
The town of Cuneo in piemonte has a strong relationship with literature and has recently celebrated the 7th edition of Scrittorincittà (Writers in town), the event that collects within the city walls, readings, debates, laboratories and cultural performances of various types. The 2005 edition was dedicated to Passions: passion for culture, but also private passion, emotional pulses: a path that guides the public by means of “passionate” discovery and experience. With the participation of Gene Gnocchi, the philosophers Giulio Giorello and Salvatore Veca, of Luciano Gallino and Gian Luigi Beccaria, and above all the writers Ernesto Ferrero, Nico Orengo and Alessandro Piperno. 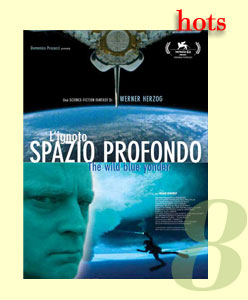 The wild blue yonder by Werner Herzog
Stunning images, extraordinary music and the ever-intriguing actor Brad Dourif come together in Werner Herzog’s The Wild Blue Yonder “space fantasy” about what lies beyond our own galaxy. In this film Werner Herzog examines the last, delusory, frontier of humankind. He goes into space. This is part a documentary, part a “space fantasy”. It hinges on the conceit that people long ago came from another galaxy to earth, and are thus in a position to advise of the ultimate futility of long-distance space travel. But Herzog also shows us what it’s like to travel in space, with inspired use of Nasa footage and wonderful music. In this film he seems torn between the desire to leave Earth, and the idea that we must, all of us, reclaim our planet before it’s too late. 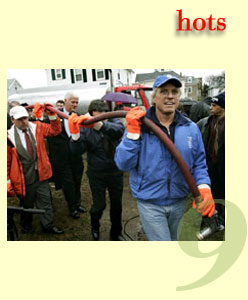 Chavez – Oil for the poor, Venezuela – USA
Officials from Venezuela and Massachusetts have signed a deal to provide cheap heating oil to low-income homes in the US state. The fuel will be sold at about 40% below market prices to thousands of homes over the winter months. Local congressman William Delahunt described the deal as “an expression of humanitarianism at its very best”. Venezuela’s President Hugo Chavez is one of the Bush administration’s biggest adversaries in Latin America. He first announced his plan to provide cheap heating oil directly to lower-income Americans while visiting Cuba in August. ‘About people’ The deal involves shipping some 45m litres of heating oil from Venezuela to Massachusetts at a discounted rate via Citgo Petroleum, a US-based subsidiary of the Venezuelan state-owned oil company. At a signing ceremony in Massachusetts, Mr Delahunt – a Democrat who helped broker the deal – rejected suggestions that it was politically motivated. 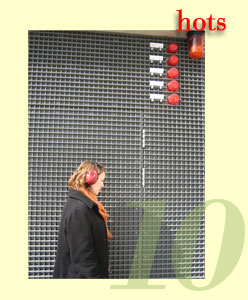 Her noise, London
Her Noise is an exhibition at the South London Gallery that introduces female sound-art works, commissioned by international artists who use sound as a medium to investigate social relations and involve visitors. Her Noise proposes installations of experimental noises, works of five international artists: Kim Gordon, Emma Hedditch, Christina Kubisch, Kaffe Matthews and Hayley Newman. The space contains books, fanzines, catalogues as well as exclusive on camera interviews and concert footage with various artists filmed in the process of developing HE Her Noise and aimed at forming a research archive which will become publicly accessible in London after the end of the Her Noise tour.