Let it be…naked – The Beatles 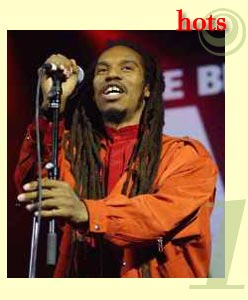 Benjamin Zephaninan rejects British Empire Award, London
Poet, novelist and playwright Benjamin Zephaniah publicly rejected an invitation to be honoured by Queen Elizabeth II for his services to literature and refused the Officer of the Order of the British Empire Award. The Rastafarian poet, who grew up in Jamaica and the Handsworth district of Birmingham and left school at 14, said that “he gets angry when he hears the word empire and that it reminds him of thousands of years of brutality”. Most of his poems (in collections like The Dread Affair: Collected Poems or Rasta Time in Palestine) represent his protest against the British legal system and the war. 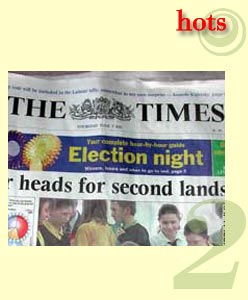 The Times tabloid edition, London
The Times of London, published by Rupert Murdoch’s News Corp. Ltd. launched a new tabloid edition, for the first time in the newspaper’s 218 year history. The new “compact” version is being sold in London alongside the traditional broadsheet but Times said they have no plans to roll-out the tabloid across the UK. The newspaper’s editor, Robert Thomson, said “the new tabloid format will offer readers, such as those travelling on London’s crowded subway trains, a new format that fits their lives”. The broadsheets have been so far associated with the “serious” British press while the tabloid format with the newspaper editions of minor intellectual contents. 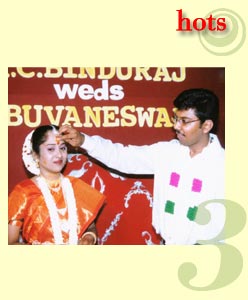 Bharat Matrimony, India
Bharat Matrimony is the most important Indian portal for matrimonial advertisements with a wide range of services related to the preparation of the wedding. This variety includes suggestions and useful references in the field of fashion & beauty, legal consultancy and indications about the invitations and the organisation of the big day. Three magazines of matrimonial ads are linked to the portal as well. The novelty is that since this month Indians can find their twin soul on-line sending an sms to the website: Bhararat Matrimony portal points on the 25 million owners of mobile phones in the country, and it hopes it will replace the widely spread matrimonial ads. 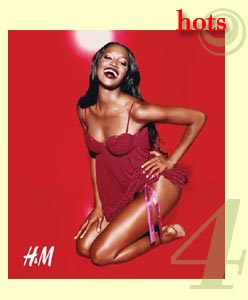 Naomi and the mass market
After some years of just (or almost just) gossip, Naomi Campbell comes back to advertising. This is marked by some unusual choices made by the top model, who has decided to give her image for two campaigns, advertising mass products: Tim and H&M lingerie. After years of luxury and griffes, the “black venus” is offering herself to the mass market either making couple with Ettore – the “dogue de Bordeaux”, now famous testimonial for Tim – or wearing lingerie that can be afforded by anyone. 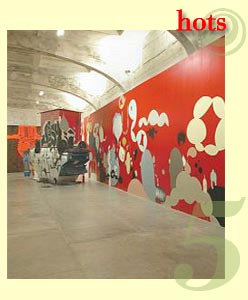 Fondazione Prada and Faculty of Aesthetic Philosophy, Milan
An original project of collaboration between private centres of excellence is about to start. The two centres involved are the Fondazione Prada and the Vita-Salute San Raffaele University. The agreement is based on the support to the Faculty of Philosophy, but it also implies a programme of conferences, debates and seminars that will see the involvement of prestigious international characters operating in the field of philosophy, aesthetics, scientific research and contemporary art expression. The Chair of Aesthetics, appointed to Massimo Cacciari, will be called since the beginning of the new academic year Cattedra Fondazione Prada di Filosofia Estetica (Fondazione Prada Chair of Aesthetic Philosophy). 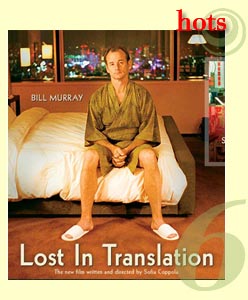 Lost in Translation by Sofia Coppola
The second movie by Sofia Coppola is marking her passage to maturity as a film director. The plot of Lost in Translation is the story of meetings taking place far away from home, narrated in a light way along with delicate poetry. Bob and Charlotte meet casually in a big hotel in Tokyo: he is a famous American actor who is in Japan to shoot a TV commercial, while she is the young wife of a popular photographer who is constantly very busy. Despite the difference of age separating them, the two characters will experience a special discovery of the secrets and peculiarities of the city hosting them, in parallel with the re-discovery of their own priorities and the need to make choices. 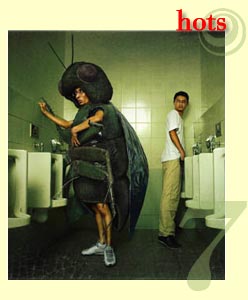 World Toilet Day a flushing success, Singapore
Flushed with the success of making Singapore’s lavatories amongst the cleanest in the world, a Singapore-based organisation is marking “World Toilet Day” today with a call for more hygiene in public facilities. “What we are trying to do is break the taboo over toilets,” said Jack Sim, a founding member of the non-profit World Toilet Organisation. “Everybody talks about what goes into the body and no one talks about what comes out,” he said. The two-year-old World Toilet Organisation, which aims to raise global awareness of toilet and sanitation standards, marked its annual World Toilet Day with a call for people to speak out against poorly designed or filthy latrines. 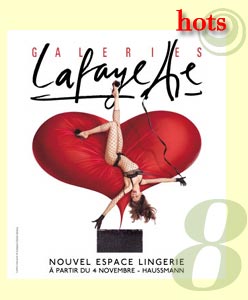 Striptease at Galeries Lafayette, Paris
Galeries Lafayette, which has unfurled a newly-refurbished lingerie department, is not only offering its customers pricey underthings, but is now giving lessons on how to remove them, too. The “lessons in seduction” on offer to 200 women – and only women – in the intimacy of a private top-floor salon in the store, teach how to slip off a garter (smoothly) and how to unbutton a shirt (from the bottom up). The explicit nature of the course – a scantily-clad strip-tease artist directed by a choreographer during a half-hour session – has rankled some feminists, but browsers in the packed “Red Hot Boulevard” lingerie section at the weekend were on the whole appreciative. 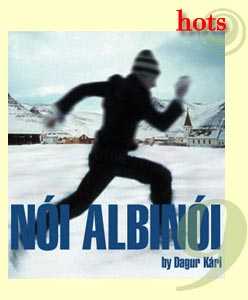 Noi Albinoi by Dagur Kari
The Icelandic movie Noi Albinoi is having success thanks to its originality, and after winning several awards in European festivals, it is now competing for the Oscar award as best foreign movie. Noi the Albino is the protagonist of a dramatic story, set in a remote Icelandic village, closed between the sea and the snow; a realistic, but also a close and almost fantastic place in which the young and rebel Noi finds himself trapped. His physical diversity is the symbol of a more profound psychological diversity that leads him to become an outsider of his community, until the dramatic but liberatory epilogue. 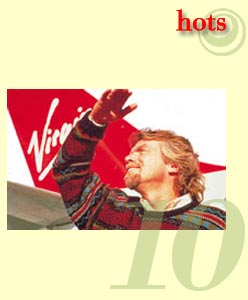 New Job Titles at Virgin
At Virgin Holidays, internal branding took a different turn. When managing director Amanda Wills joined the company two years ago, she knew the popular perception of the overall Virgin brand: fun, innovative and commited to customer service. But she wanted to create an internal language of values that would belong to Virgin Holidays alone: “Something we could live, and something that people at every level could understand,” she says. Three simple thoughts emerged after months of discussion: Bright Red, One More Time and Mrs Cunningham. Bright Red stands for qualities associated with Virgin’s fun and achievements factors: sexy, energy, laughing, motivating, recognition, and so on. One More Time, named after the Daft Punk dance anthem, means just that: learn from mistakes, resilience, ever improving which reminds people to try something a different way if the first method didn’t work. Finally, Mrs Cunningham, stands for being firm but fair, approachable, diplomatic and being able to say no when you need to. The name Mrs Cunningham was taken from Richie’s mum in the 1970s American TV show, Happy Days.