007- Die Another Day by Lee Tamahori 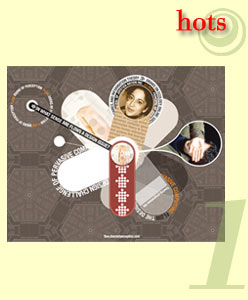 Door of Perception 7: Flow, Amsterdam
For the first time ever Doors of Perception has organized a special event with the goal of presenting new design scenarios exploring the future potential of pervasive computing. The 22 finalists presented their project to the Open Doors Grand Prix panel of judges, composed of Petra Schmidt (Form Magazine, Germany), Brenda Laurel (USA), Deyan Sudjic (Domus Magazine, Italy), Chee Pearlman (Wired, New York Times), Ole Bouman (Archis magazine, Holland) and the general public, which was able to express its opinion by means of a special voting ballot. The winner was Jussi Angesleva who entered a project called, Body Mnemonics. 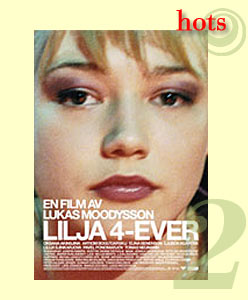 Lilja 4-ever by Lukas Moodysson
Swedish director, Lukas Moodysson, is proving himself to be a truly eclectic talent. In the wake of Together and Jalla Jalla, both lighthearted, fun works, the story of Lilja is like a very cold shower, indeed. It opens in the outskirts of some never clearly identified Russian city where the sixteen-year-old Lilja enthusiastically tells a girlfriend she is about to leave for America with her mother and her mother’s boyfriend. But her life quickly takes a major turn for the worse and she is caught up in a vortex of downward spiraling events that see her abandoned by her mother who takes off with her boyfriend, thrown out on the street by her aunt, who steals her apartment and forces her to live in a dump, betrayed by her best friend who, when she is raped by a gang of crazy misfits, passes her off as a prostitute and, finally, brought to Sweden under false pretenses where she is forced to work as a prostitute. And in the meantime, her only friend, Volodja, a little boy, commits suicide. Lilja is very sweet, but the film is a terribly bitter pill to swallow. 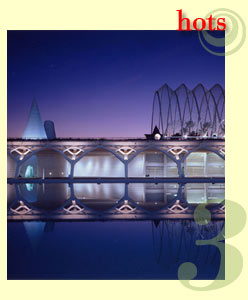 Le Città In/visibili at the Milan Triennale
In the Le Città In/visibili (In/visible Cities) exhibit presented at Palazzo della Triennale in Milan, the magical, impossible cities, some dreamed, some actually visited, the imaginary protagonists of Italo Calvino’s enchanted tales are brought to life, thanks to the works of eleven creative talents active in a variety of different fields. Stage sets, architectural structures, light and sound installations and multimedial interpretations all conspire to transform the exhibition halls, conjuring up fabulous images of Calvino’s visionary metropolises. 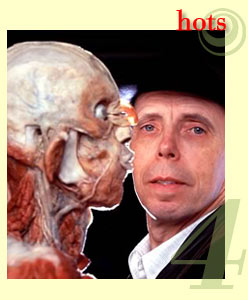 Live autopsies on England’s Channel 4
Even when it comes to television, the English are proving to have strong stomachs and a taste for the macabre: on the evening of the 20th, Channel 4 presented a live broadcast of the first public autopsy. The operation was carried out by a German doctor, Prof. Gunther von Hagens, on the cadaver of a 72-year-old alcoholic male who died in September of this year and had given his permission for the “didactic” experiment. The performance was carried out in the facilities of the Atlantis Gallery in Brick Lane – East London, just a few meters from the famous and always crowded exhibit, Body Worlds, showing a motley array of human bodies conserved in different positions. Viewer ratings for the show, broadcast at midnight, leterally went through the ceiling. 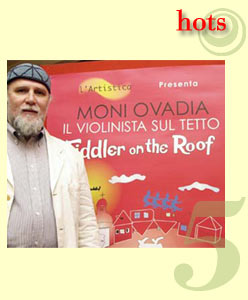 The Fiddler of the roof, Moni Ovadia
The Teatro del Sole in Bologna is presenting the final performance of Moni Ovadia, The Fiddler of the roof, a remake of the famous hit musical that had such a successful run on Broadway from the mid-Sixties to the early Seventies. The story is based on a work by Shalom Alechem, who wrote about the Shtetele, the traditional Jewish towns in Central Europe where the special Jewish sense of humor developed. The work, completely set to music, is about the “humble” daily life adventures of the protagonist, a milkman named Tewje, who is eager to arrange the marriages of his three children. He is a man who lives in close contact with God, with Whom he maintains an ongoing “private and direct” dialogue, charged with humor. 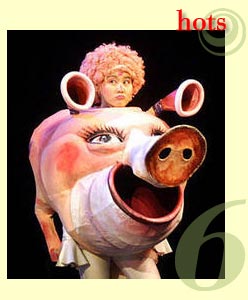 Animals Farm in China Central Academy of Drama
Director Shang Chengjun worried that censors would ban his stage version of the screenplay based on George Orwell’s book Animals Farm. But things went differently: the anticommunist satire of a barnyard revolution was accepted by the authorities and is being performed at the China Central Academy of Drama. Nevertheless the audience doesn’t seem “mature” enough, most of those interviewed after the show had never heard of the story before, to laugh with its comical bits and actors in animal costumes and as a consequence the theatre remains half empty. 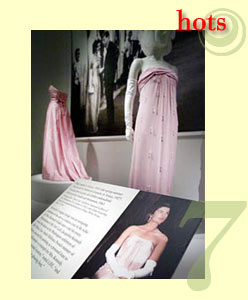 Jacqueline Kennedy, the White House Years, Paris
Beginning 14 November, the Paris Textile and Fashion Museum is hosting an itinerant show about Jacqueline Kennedy during the years she spend in the White House. The exhibit includes over 70 items of clothing and accessories worn by the First Lady from 1959 to 1963, over 200 archival documents, films and photographs. With her pure, sophisticated style, Jackie Kennedy has assumed the status of a mythical figure, an icon of her period, a reputation that extends well beyond the borders of America. The exhibit presents emblematic garments marking the emergence of a new American elegance. Many of the items are associated with special historical events, such as the long evening gown with a matching lace train that was worn on the occasion of her meeting with French President, Charles De Gaulle, at the Elysée Palace in 1961, or the pink silk dress completely covered with sequins that so bewitched Russian Premier, Nikita Kruschev, back in 1961. 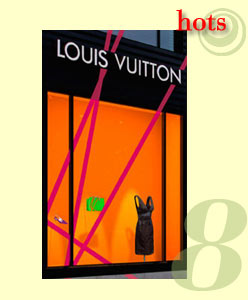 Louis Vuitton and Bob Wilson
Louis Vuitton is counting on the artistic vision of Robert Wilson to interpret Christmas. The Texan artist has been given the task of designing a collection of bags and Christmas windows for this renowned French brand. For the occasion Wilson has opted for graphic designs in bright fluorescent hues of pink, green and orange, breaking with tradition by completely revamping the famous LV logo with dramatic macro dimensions and brilliant chromatic contrasts. “Every once in a while I ask myself,” Wilson explained, “what have I never done before and what do I least expect from my work?”. And this sort of revolutionary thinking has given rise to an international image that manages to get away from the traditional looks that, especially at this time of year, one sees just about everywhere in the world. And so, since 15 November all the boutiques of the “leading fashion house” of the Lvmh Group have been sporting this new look. The four limited-edition models of bags designed by Wilson flourish the same fluorescent monogram he created for the windows and each one is named after a street in New York. They are available exclusively through the LV single-label stores from November 15 to early January. 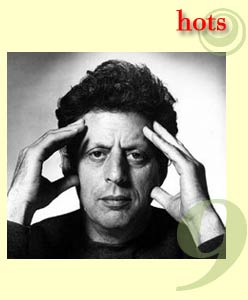 Galileo Galilei by Philip Glass
The European premier of Galileo Galilei, the latest work by Philip Glass, at the Barbican Center in London, under the direction of Mary Zimmermann. Struck not only by the force of the Galileo story, but also the fact that the scientist completed the last phase of his earthly endeavors as a blind man, Philip Glass decided to retrace his life, beginning, however from the end, ‘as if you were observing it through the wrong end of a telescope’. So from old age to youth, one retraces the incredible phantasmagoria of events, experiments, personal tragedies, meetings with people and the difficult moral choices made by the first modern scientist who had the wisdom to look at the real world, coaxing science out of the murky realm of pure theory into the practical sunlight of observed facts.

Buy Nothing Day 29 November 2002
Today they celebrated the eleventh Buy Nothing Day. In over thirty countries around the world people have been called upon people to stop shopping, to suspend consumption for 24 hours. This initiative is not intended to constitute a radical rejection of any particular form of consumption, but rather remind us how important it is to stop and think about how we spend our money, how the time we spend shopping could possibly be spent in better ways, doing enjoyable things with our family and friends, things that don ’t involve financial transactions. This is not an attack or rejection of either consumption, as such, or the large corporations, but rather a carefully targeted attack on mindless, addictive consumption and its most extreme expression, compulsive shopping.