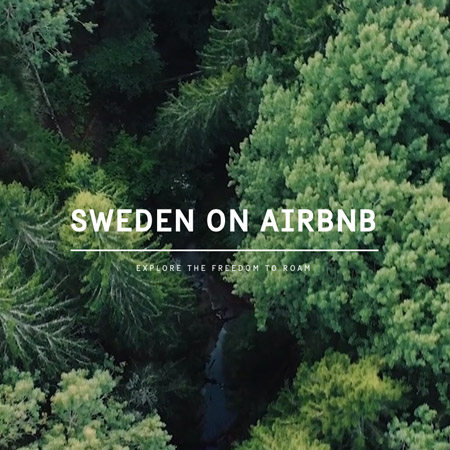 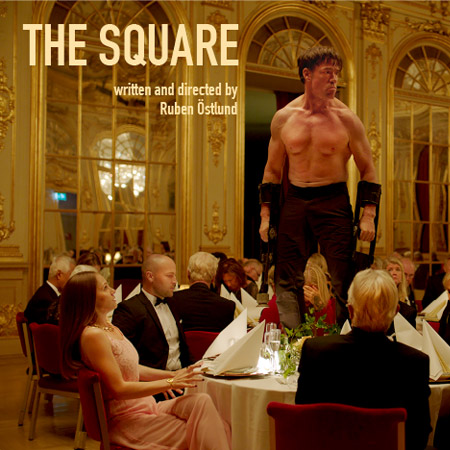 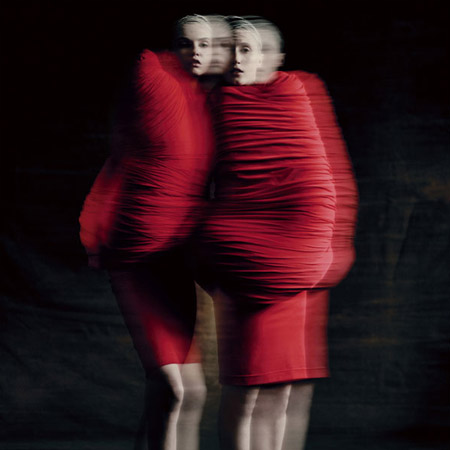 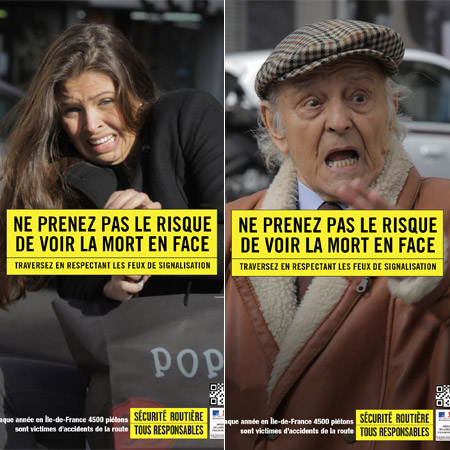 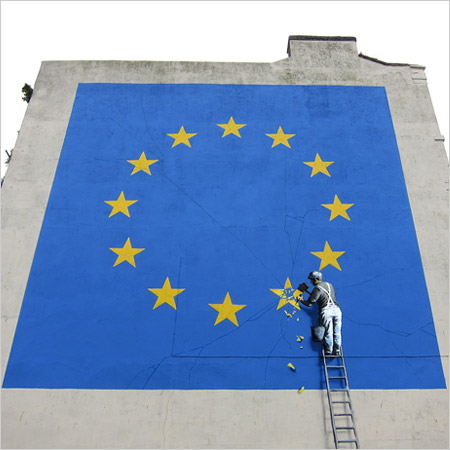 Mural about Brexit by Banksy – Dover 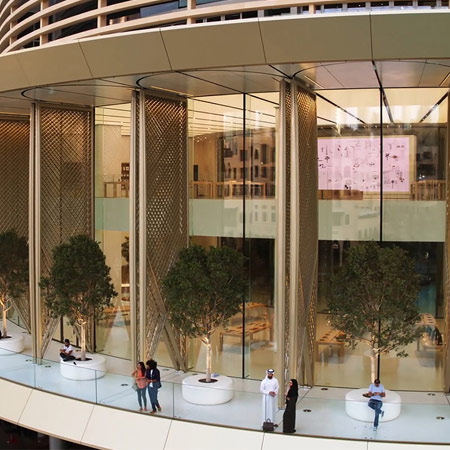 Apple Store – Dubai
The world’s largest Apple Store has opened its doors to the public in Dubai, inside the Dubai Mall, the world’s largest shopping mall overlooking Burji Khalifa, the world’s tallest skyscraper. This store is part of the new architectural design of Apple stores and for this occasion, Foster + Partners’ architects have designed eighteen “solar wings” powered by over 11 meters in height that respond to changing environmental conditions. When the sun is in its warmest time, it cools the shop, and in the evening they open to welcome everyone on the public terrace. Made of carbon fiber is considered to be one of the largest kinetic art installation in the world.

Nike Interactive stadium – Manila
Located in Manila, Philippines, the Nike Unlimited Stadium allows runners to compete with their own avatars in a full-size LED running track. Designed by BBH Singapore, the Nike Unlimited Stadium is unlike any other pop-up arena or running track. The 200-meter track is lined up with LED screens where the runner’s avatar is seen. Runners attach a sensor with hyper-accurate radio-frequency identification to their shoe to keep track of their initial lap time. From then on, the avatar will continuously beat the runners best lap time. As the athlete runs further and faster down the running track, the avatar is designed to progressively grow in size, encouraging runners to beat their best lap time. Only 30 runners are allowed at the track at a time. Considering this running track is a pop-up stadium, one can only wonder where Nike will choose to build their next astounding concept next. 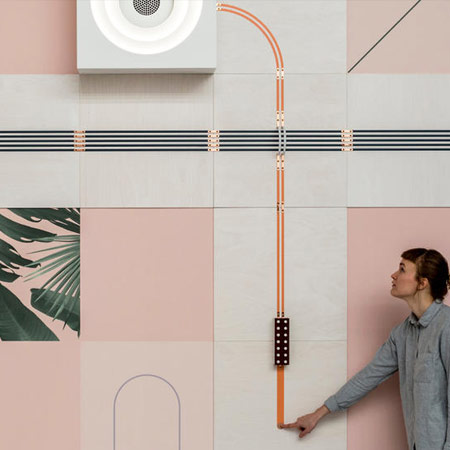 Conduct project by UM Project and Flavor paper – Collective Design Fair – New York
During the Collective Design Fair, which is part of New York’s design festival, an innovative project has been presented that “passes” the known border of wall paper. Conduct was born from the collaboration of two New York companies, Flavor Paper and UM Project, who work on design dynamically and experimentally. The project, between design and engineering, consists of an interactive wall cover that reveals, transforming into a sophisticated graphic sign, electrical circuits that are usually hidden inside the walls. The human touch, completes the circuit and makes it possible to activate the objects connected to them. The wall thus becomes a multimedia display with endless possibilities, a vibrant and interactive surface. Each element of the project is handmade, in perfect balance between minimal design and technical research. 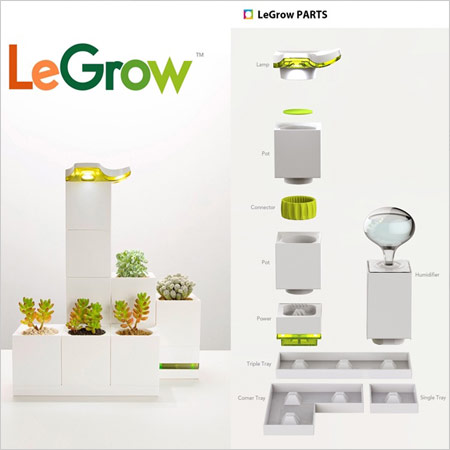 LeGrow project by Winmart Design
LeGrow is cleverly named after its inspiration Lego, the modular blocks we know and love from our childhood. The only difference is that with the LeGrow, you don’t build cities, or buildings, or cars, you build an ecosystem! Designed for people who love gardening but don’t have the skill or the time, the LeGrow is as simple as stacking cubes together, and then periodically filling the reservoir with water. It keeps a check on soil moisture, atmospheric humidity, and most importantly, sunlight, so you can just watch your lush green forest unfold before your own eyes! Or better still, make yourself a self-sustaining herb garden for some delicious homegrown meals! 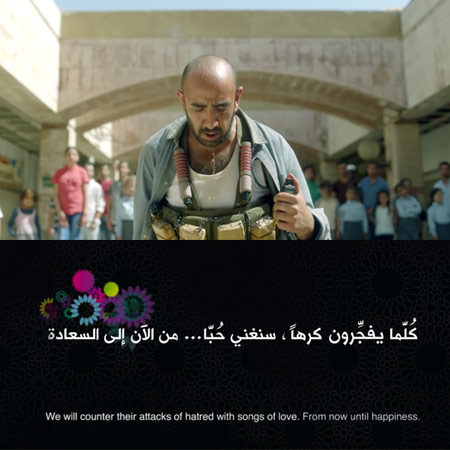 Ramadan 2017 commercial by Zain – Kuwait
Kuwaiti telecommunications giant Zain has found itself at the center of a social media storm following the release of a Ramadan commercial that aims to promote peace and tolerance.The three-minute video featuring Emirati pop star Hussain Al-Jassmi has already exceeded 2.9 million views on Zain’s YouTube page. The commercial, which was created by Joy Productions in Kuwait, features images from bombings across the region claimed by Al-Qaeda or Daesh. It features footage of the 2016 Karrada bombing in Baghdad, in which more than 300 people lost their lives; the 2015 bombing of the Imam Al-Sadiq mosque in Kuwait; and the aftermath of an attack on a wedding in Amman that killed 36 people in 2005. Ibrahim Abdulsalam, who was injured in the Kuwait mosque blast, makes a brief appearance in the Zain commercial, as does Haidar Jabar Nema, who lost his son in the Baghdad bombing, and Nadia Al-Alami, the bride at the wedding in Amman 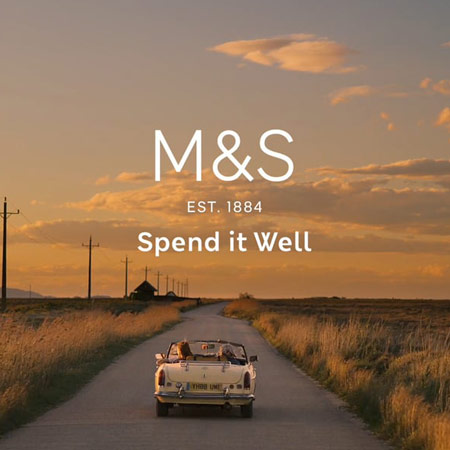 “Spend It Well campaign by Marks & Spencer – United Kingdom
On May 11th, British TV premiered Marks & Spencer’s new campaign first ad. The series of commercials that will cover it, developed by Grey London agency, are focused on consumer experience and on people rather than products. The claim “Spend It Well” already makes sense of the brand message, which sets itself as an “enabler of a daily life well-lived”, transforming the ordinary into extraordinary. In the first commercial, they focused on a shared attitude toward quality regardless of age or demographic, the one that makes the difference and makes consumers choose Marks & Spencer, whether it’s food, clothing, or, as we will see later in the year, other products offered by the well-known retailer. 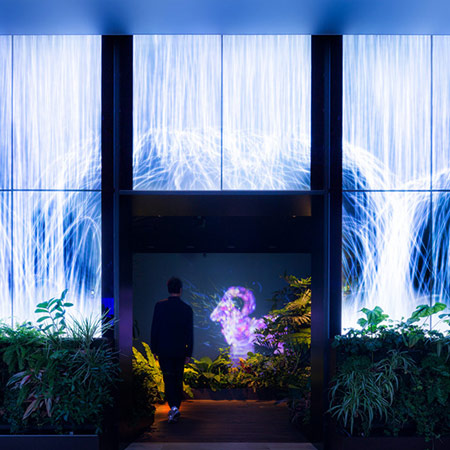 DMM digital office by teamLab – Tokyo
Japanese art collective teamLab created a “digital office” at the Tokyo office of DMM, the popular video and games streaming platform. It is a workspace along five floors, for virtual emotional art experiences, with a one kilometer long workstation at the 27th floor. A walk through nature leads to some meeting rooms and creates exciting interactions into the natural world. At the entrance of the DMM office, a digital waterfall attracts employees into a jungle and, if approaching the virtual waterfall, a door is materialized revealing what is on the other side. To make easier to orientate, a digital wall guides to the meeting rooms, through the shape of animals that are activated when required. Some desks vibrate to be used. teamLab affirms that “The purpose is to improve communication: it is easier when we are closer to those around us.” 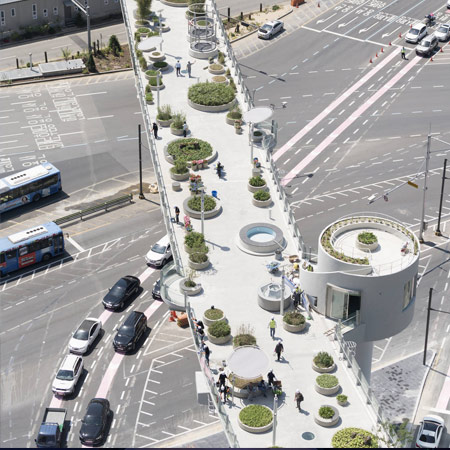 Seoullo 7017 – Seoul
The city of Seoul in Korea opened its first highway-turned-park, Seoullo 7017, on May 20th. The park stretches for about 1 km and links seven surrounding areas, including Seoul Station and Namdaemun Market, to 12 pedestrian walkways. The new park was designed by Dutch architect Winy Maas and it features more than 24.000 trees and plants of 228 species, most of which are arranged in Hangeul alphabetical order from one end of the park to the other. Among them is a series of small cafés, performance stages, shops and other features. The park’s opening is marked with the unveiling of Shoes Tree, a 17 meter tall art installation made of over 30,000 worn-out shoes by the environmental artist Hwang Ji Hae and visitors can hang their own shoes on the installation on opening day. Seoullo 7017 is an example of adaptive reuse, which is the conversion of disused infrastructure and buildings for new purposes beyond their original intention. 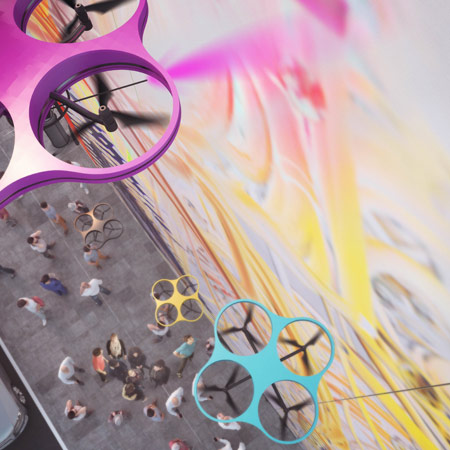 Paint by drone from Carlo Ratti Associati – Torino
International design and innovation office Carlo Ratti Associati has developed Paint by Drone, a portable technological solution that employs drone formations to draw on urban facades. The project aims to turn any blank vertical surface into a space for both participatory artistic expression and the visualization of urban data. In its initial implementation, the project proposes to use the facades of construction sites as giant canvases. Paint by Drone employs a set of one-meter wide UAVs (Unmanned Aerial Vehicles), each of them equipped with sensors and carrying a spray paint tank. Each drone paints with CMYK (Cyan, Magenta, Yellow, Black) as in most traditional printing processes. A central management system regulates the drones’ operations in real-time, from image painting to flight, using an advanced monitoring system that precisely tracks the UAV’s position, detecting multiple devices simultaneously. Furthermore, a protective net placed on the scaffolding’s’ cover allows the drones to move into a safe space. Drones can draw content submitted digitally, via an app. The artistic input can come from either crowdsourced platforms or from a curator orchestrating the contributions of several people. The first installations are planned for fall 2017 in Berlin and Torino. 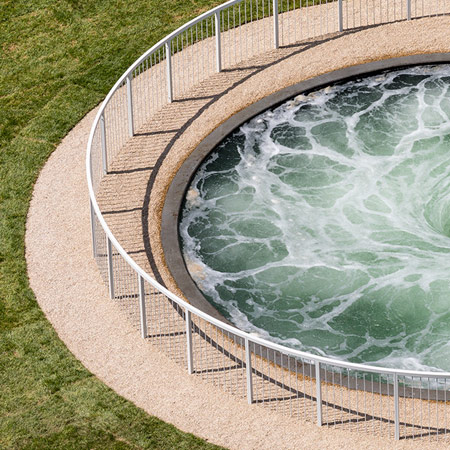 Descension di Anish Kapoor – Brooklyn Bridge Park – New York
Anish Kapoor’s endlessly spinning whirlpool has descended on Brooklyn, New York. Sited at Pier 1 in Brooklyn Bridge Park, the continuously spiraling funnel of water penetrates the earth in a powerful rush of ceaseless motion, drawing viewers in to its mystifying and mesmerizing abyss. Presented by public art fund as part of its 40th anniversary season, and unveiled during NYCxDesign 2017, Descension turns an ordinary material like water into an extraordinarily behaving substance, disturbing the familiar notions of our world. Measuring 8 meters in diameter, the pool of water spins in a vortex that appears to collapse at its centre and descend into the ground. The artwork is surrounded by a railing, allowing viewers to peer down into the ominous whirlpool.