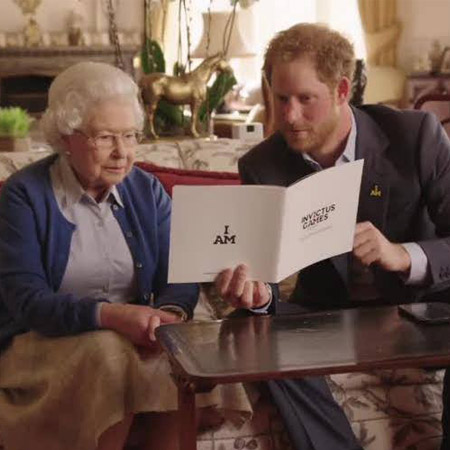 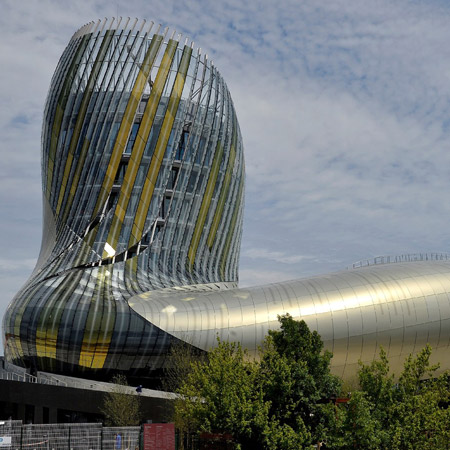 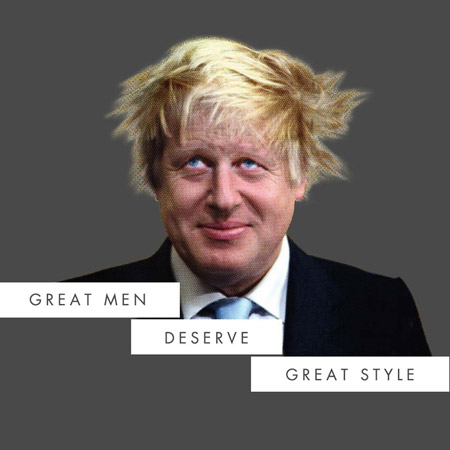 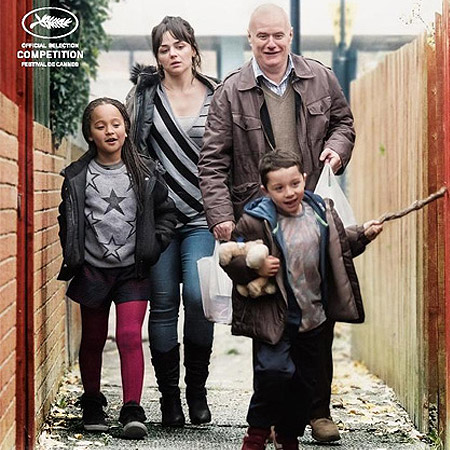 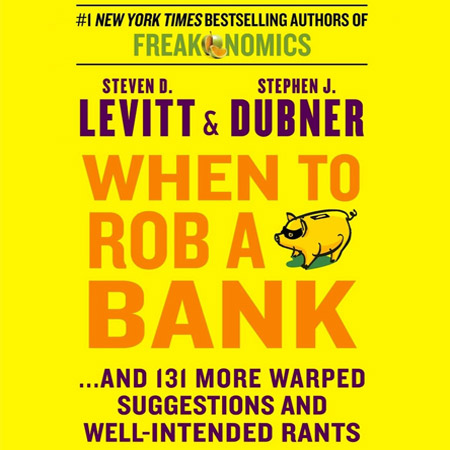 When to Rob a Bank book by Steven D. Levitt and Stephen J. Dubner 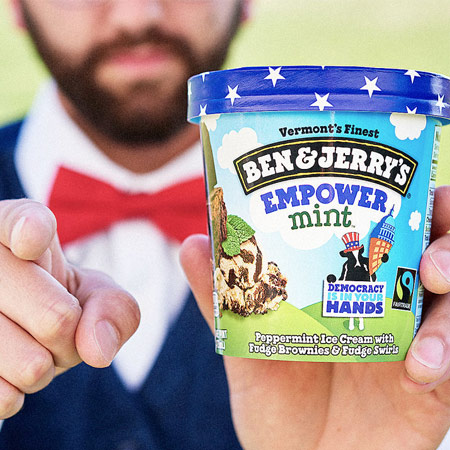 Ben & Jarry’s: Empower Mint for a new social justice campaign – United States
Ben & Jerry’s churns out a campaign to help restore the Voting Rights Act. The iconic frozen dessert brand sustains a new social justice campaign and presents a limited edition ice cream flavour, Empower Mint, to go with it. The peppermint and fudge brownie ice cream is launching in conjunction with the Democracy Is In Your Hands campaign, cantered in North Carolina, to encourage people everywhere to vote and bring awareness to the state’s restrictive voting laws and policies that make it more difficult for low-income and minority voters to participate and make their voices heard. “This flavour will benefit the North Carolina NAACP, an organization dedicated to ensuring the political, educational, social and economic equality of rights of all persons and eliminating racial hatred and discrimination,” the brand wrote in a statement on its website. Proceeds will go toward the organization’s effort to get “big money donations from corporations and wealthy elites” out of politics. 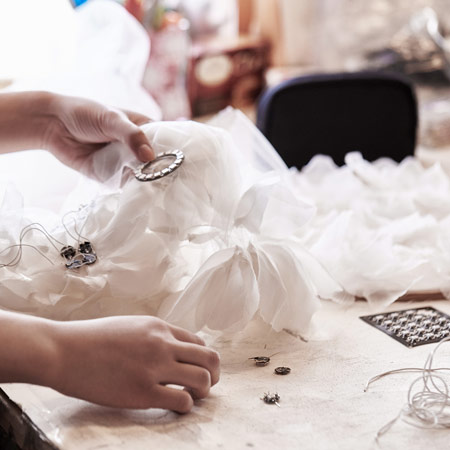 IBM and Marchesa create Cognitive Dress – Met Gala – New York
IBM Watson’s team collaborated with Marchesa co-founders to create a data-driven, LED lights embedded smart dress. The finished product is called “Cognitive dress”, it was created to coincide with this year’s Met Gala theme, “Manus x Machina: Fashion in an Age of Technology” is aimed at incorporating tech into fashion. The dress is specifically designed to change colours, in real time, according to the mood of social media, specifically those commenting on the dress via Twitter. With the assistance of Marchesa designers, IBM developers provided the intelligent system with a list of past Marchesa dresses to make corresponding comparisons and develop a colour scheme that corresponds to specific emotions, and garnered fabric for the cognitive dress that would integrate Watson’s technology maintaining Marchesa’s trademark aesthetics. The dress successfully represented the theme of the Met Gala, blending fashion and technology into one phenomenal product. 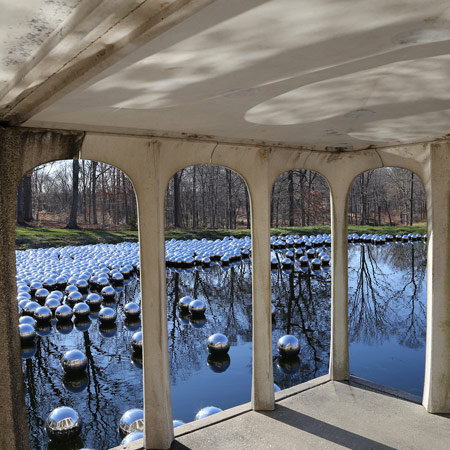 Narcissus Garden installation by Yayoi Kusama – Glass House – Mew Caanan – United States
At The Glass House, renowned Japanese artist Yayoi Kusama has installed her famed Narcissus Garden, a landscape installation that will be on view throughout the 2016 tour season to celebrate the 110th anniversary of Philip Johnson’s birth and the 10th anniversary of the opening of the Glass House site to the public. First created fifty years ago in 1966 for the 33rd Venice Biennale, this iteration of Narcissus Garden has been incorporated into the Glass House’s 49-acre landscape. Narcissus Garden, comprising 1,300 floating steel spheres, each approximately 12 inches in diameter (30 cm) installed in the Lower Meadow and forest, creating a dramatic view to the west of the Glass House. Drifting in the newly restored pond, the spheres move with the wind and follow the pond’s natural currents, forming a kinetic sculpture. Their mirrored surfaces reflect the surrounding Pond Pavilion (1962), wooded landscape, and sky. 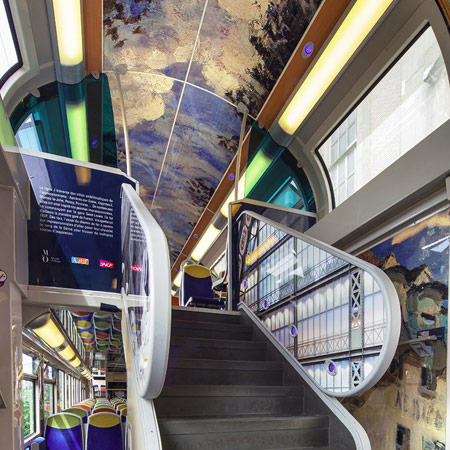 Art in Transit project by SNCF and 3m – France
In France, the art comes into the interstices of everyday experiences. Starting form the 25 of May a partnership between the French rail service and the American company 3M was realized that has introduced some art, architecture and French cinema masterpieces directly within the trains. In their daily trips the commuters could stand in extraordinary environments accomplish with the 3M films that reproduce some pieces of art, covering the ceiling and side walls, with a very striking visual effect. To make an example, in a vagon it was recreated the palace of Versailles and in another one the ‘Monet blue Water Lilies’ cover all inside. This initiative has been named “art in transit”; since to promote an interest in the French artistic heritage, it protects and enhances the décor of the public transport and discourage forms of vandalism. 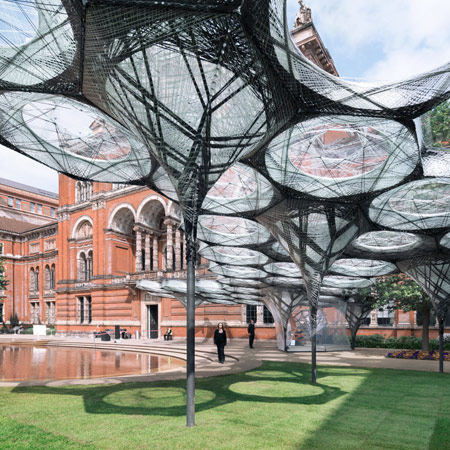 Elytra Filament Pavilion – Victoria and Albert Museum – London
Inside the John Madejski garden at the Victoria and Albert Museum in London from May to November 2016 you can visit an installation that explores the impact of robotics on the architectural design and engineering. The project, curated by a team of architects and engineers from the University of Stuttgart is made up of a temporary structure made of a robotized production process. the Elytra Filament Pavilion, is inspired by the principles of construction found in nature as the filaments created by flying beetles and is made of glass and carbon fiber. The sensors on the fibers collect data about how visitors animate the pavilion and monitoring will allow the structure to change and grow over time with new elements that will be made on site at the presence of the public. 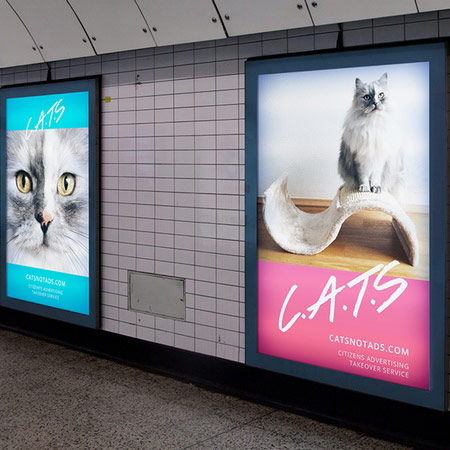 C.A.T.S. Project – London
The Citizens Advertising Takeover Service (AKA C.A.T.S.) launched a funny, ridiculous Kickstarter campaign that seeks to do something awesome: they want to replace every single ad in a London Tube station with pictures of cats. This is not a very belated April Fools’ joke. It’s not a joke at all. It’s a real Kickstarter campaign that seeks to raise £20,000) in order to buy out every ad slot in an as-of-yet unspecified London Tube location, and put up cat photos instead. Why? They give two reasons: a) it would look amazing; and b) it’s exhausting being asked to buy stuff all the time. 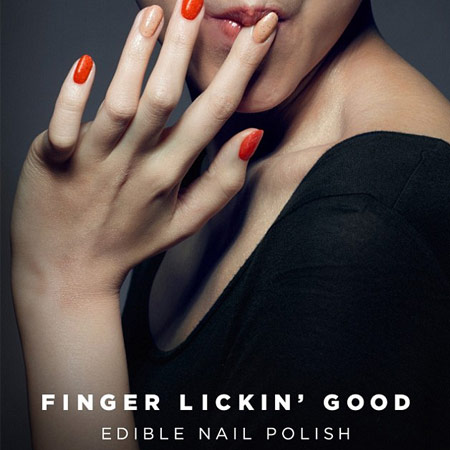 Edible nail polish by KFC – Hong Kong
US fast food chain Kentucky Fried Chicken has taken its motto of “finger lickin’ good” food to a literal extreme by debuting edible nail polishes in Hong Kong this week. The chicken chain announced it will release two flavors/colors of the nail polish — in Original and Hot & Spicy — as a promotion in KFC Hong Kong, AdWeek reports. KFC explained in a statement that to use the product, “consumers simply apply and dry like regular nail polish, and then lick—again and again and again.” That makes sense because both are entirely made of edible ingredients: spice blends suspended in starch, with vegetable gum added so they stick to your finger nails for a day or so, according to a spokeswoman at Ogilvy & Mather Hong Kong, the advertising agency behind the polishes”At the moment, we’re not mass producing it,” said the spokeswoman. “We are only giving previews to the media to test the market reaction.” 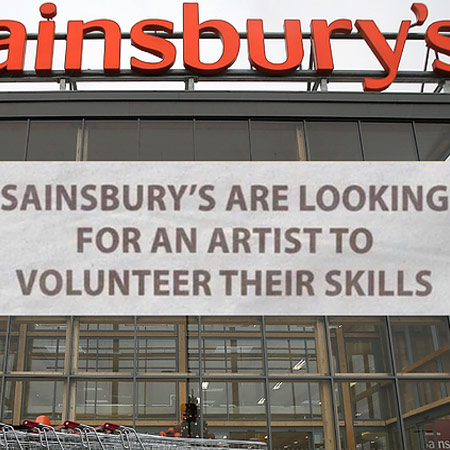 Sainsbury’s apologises for ad seeking artist – London
Sainsbury’s, one of the largest supermarket chains in the UK, has apologised after one of its stores placed an ad calling for an artist to decorate the staff canteen for free. The store in Camden Road, north London, said it was looking for an “ambitious artist to voluntarily refurbish our canteen”. The ad added that the artist would gain experience in the creative industry while making “a comfortable area for our employees to escape to”. A spokesman for the company said the advert was an error of judgement, after the company was shamed on the social media by hundreds of people. Artist Conor Collins attacked the supermarket’s attempt to hire someone for free and suggested the store deducted some money from its bosses’ salaries to pay someone to do work for you so that the concept of ‘starving artist’ wouldn’t have to be a thing. 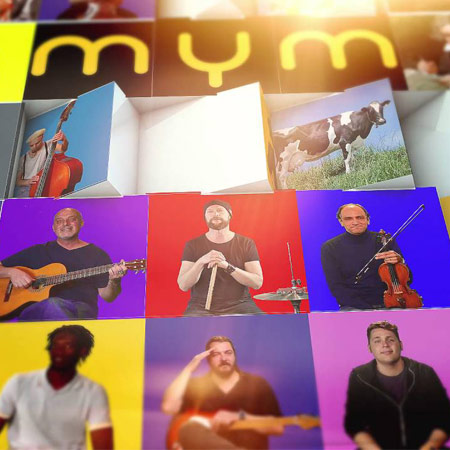 My Music Vision social network – London
My Music Vision, an innovative social platform addressed to the specific audience of those who work in the music business, has been launched by the London-based startup Internet of Artists, founded by Riccardo Barbieri Torriani with other Italians. My Music Vision goal is to provide in one place all the professional tools useful to work in the music sector, and to put into contact professional and amateur musicians with artistic producers and other workers in the music industry, including public places and music venues. To join the community, accessible from the website or with the app, you must upload two short video presentations, in order to get qualified in relation to instrumental skills and musical genres. 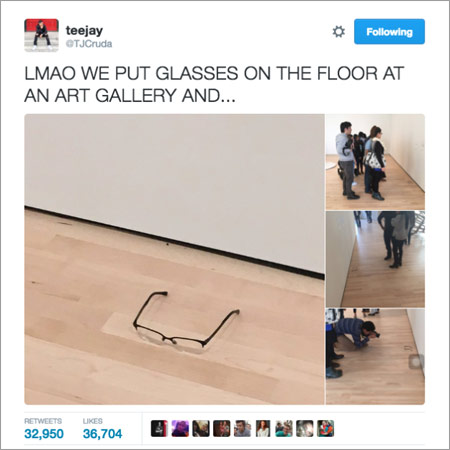 Glasses left at MOMA mistaken for art – San Francisco
A California teenager who recently visited the San Francisco Museum of Modern Art was less than impressed by some of the exhibits and wondered if him could do better. And thus a scheme was hatched: he placed a pair of eyeglasses on the floor, stood back and watched as, within minutes, visitors regarded his prank as a work of art, with some even taking photos of the fake installation. The teenager, TJ Khayatan, 17, of San Jose placed his Burberry glasses on the floor beneath a placard describing the theme of the gallery. He said neither he nor TJ did anything to influence museum visitors, such as standing around and looking at the glasses. Within about three minutes, people appeared to be viewing their handiwork as bona fide art. In few minutes the spectacles garnered some foot traffic, as passersby mistook the ordinary lenses for a piece of modern art. Khayatan tweeted the news of his accidental masterpiece and before long, the story went viral.