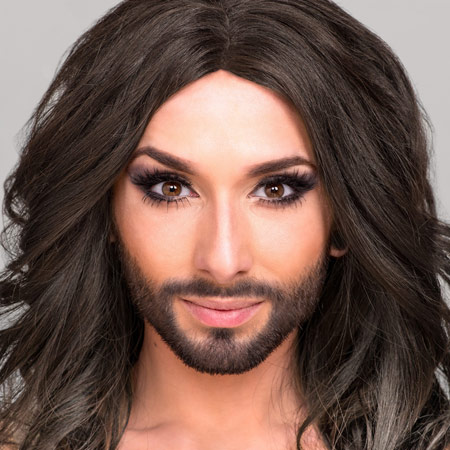 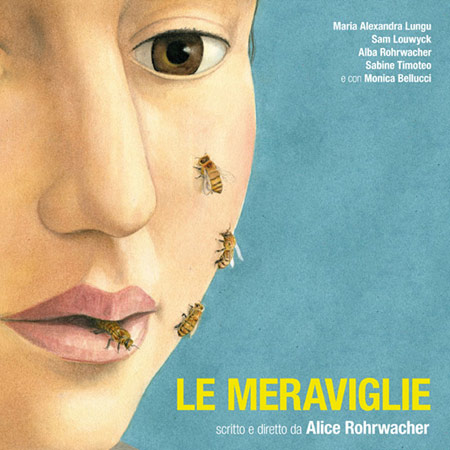 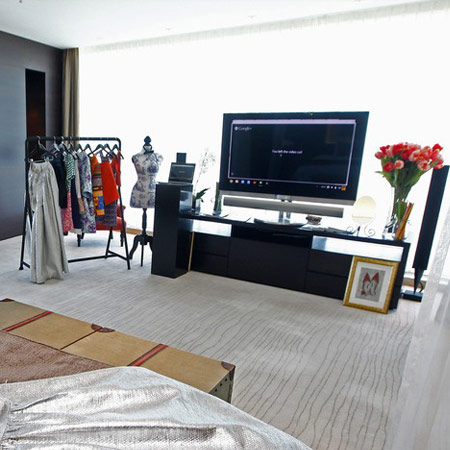 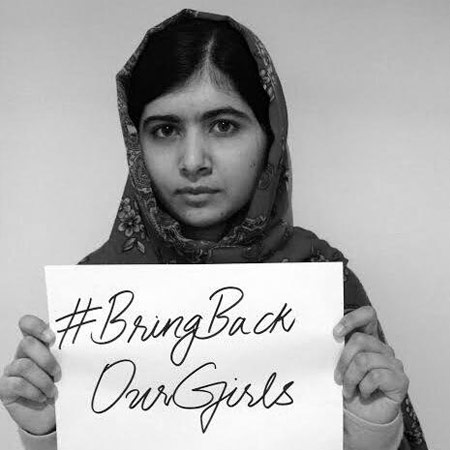 The Next Black by AEG
In May 2014 AEG released a 45-minutes documentary named The Next Black (available on YouTube) focused on the designers, innovators and leaders that are shaping the future of clothing. The film is an investigation on new technologies, sustainability concerns and innovative minds that are transforming the clothing industry. “The film was created to explore the evolution of the clothing industry in order for us to understand how consumer’s washing needs might change as a consequence”, said Ola Nilsson, Head of Laundry at AEG. The documentary is produced together with the award-winning production company House of Radon, which has done documentaries shown at the world’s most prestigious film festivals. The film officially premiered on May 21, after launch events in Berlin, Amsterdam, Brussels and London. The screenings were followed by panel discussions including the pioneers shown in the documentary, and additional key industry players, who are and will be shaping the future of clothing. 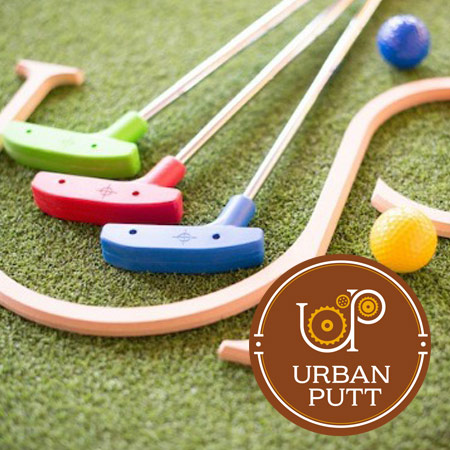 Urban Putt – San Francisco – USA
Located in an abandoned mortuary that sat vacant for 15 years Urban Putt, San Francisco’s first 14-hole indoor mini-golf course, restaurant and bar, is the brainchild of Steve Fox, former Editorial Director at PC World and CNET. Each hole was created by a different designer and combined teams of artists, electronics whizzes and sound and visual effects specialists. The high-tech venue features mini San Francisco landmarks, cool robotics like you’d see at Maker Faire, and a restaurant, UP@Urban Putt, featuring locally sourced American cuisine. The innovative nature of the golf holes attract kids and adults alike, but for the latter group there are two bars and after 8 pm the venue turns 21 and over. As Fox puts it, they’ve taken miniature golf and tried to make it “an original art form” more than the traditional, kitschy experience it once was. 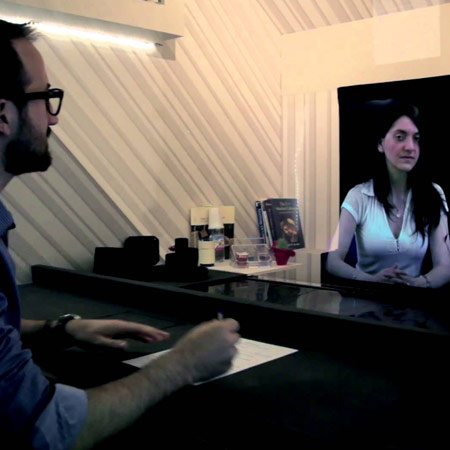 Holographic Telepresence by Ino-CNR and Quintetto – Italy
Talking to a person far away via computer in a few years could mean interacting with a realistic and three-dimensional holographic image. This is the scenario proposed by an all-Italian project, called Holographic Telepresence. The project led by the National Institute of Optics of the National Research Council (Ino-Cnr) and the company Quintetto of Pont Saint Martin, has been realized thanks to the contribution of the Region of Valle D’Aosta, and was presented this month at a press conference. Making phone calls in 3D would be possible thanks to a sort of low-cost phone booth, that displays in front of the caller a 3D projection of the interlocutor, using a simple Internet connection. 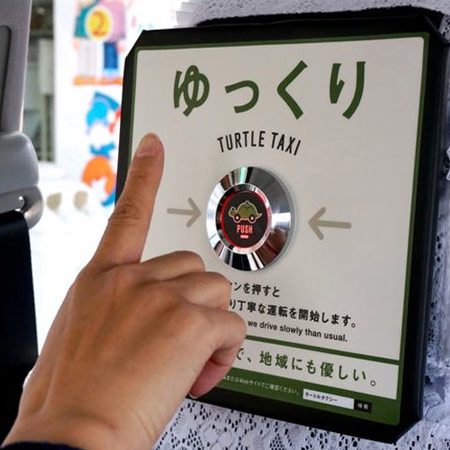 Turtle Taxi by Sanwa Kotsu – Japan
Sanwa Kotsu Group created a new taxi service in Yokohama, Japan: Turtle Taxi gives passengers the option to ride slowly to enjoy a more relaxing journey while also helping the environment. Vehicles comes with a “Yukkuri” button at the back of the driver’s seat, which signals the driver to slow down, that way drivers can accelerate in a more gradually manner, keep centrifugal forces to a minimum when making turns and go for the slow line to guarantee a more relaxing and safer ride. Turtle taxi are more environmental friendly, the scheme has already racked up over 7,000 km of eco driving. Thanks to the increasing number of people requesting the service (specially senior citizens and pregnant women), the company is planning to expand its services to cities like Saitama, Kanagawa or even Tokyo. 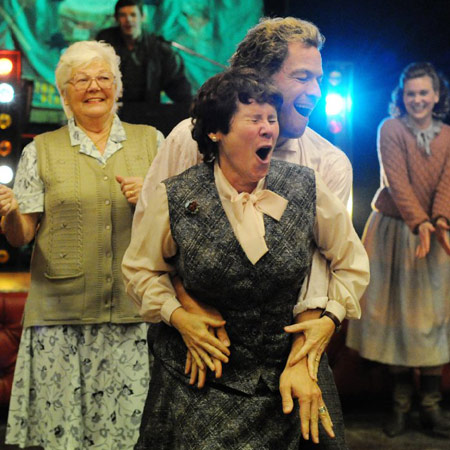 Pride movie by Matthew Warchus
Pride is an English movie, presented in May 2014 at the Cannes Film Festival in “Quinzaine des Réalisateurs” section, and awarded the Queer Palm. The film, directed by Matthew Warchus and starring, among others, Bill Nighy, Dominic West, Imelda Staunton, was greeted with great enthusiasm from the international press. The film, inspired by a true story, is set in the era Thatcher, during the historic British miners’ strike of 1984. A small group of gay decides to join the protest and to raise funds during National Pride for the families of the strikers a small village in Wales. The miners not enthusiastic about the initiative, considering the support of lesbian and gay extremely embarrassing. But the initial distrust dissolves in the course of history, becoming an unlikely friendship as supportive, hilarious and poetic consequences. 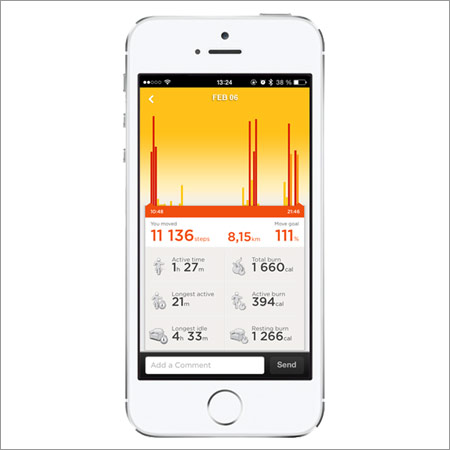 Fitness and saving with Activity by Alfa-Bank – Russia
The days of walking for free could soon be over as Russia’s Alfa-Bank has started to pay customers for every step they take. Using data from fitness trackers like the Fitbit and Jawbone UP, the new Activity platform monitors customers’ movements and transfers small amounts of their money to a special savings account depending on how much they exercise. The only way to gain access to this account, and its high interest rate of 6% per annum, is to get moving. Noticing the growing popularity of wearable devices, Alfa-Bank teamed up with 42 Agency, a marketing consultancy and advertising agency in Moscow, to link fitness tracking to personal finance. Beta tests show that the platform is proving popular, with users who are nearly twice as active as average clients, and saving up to twice as much. 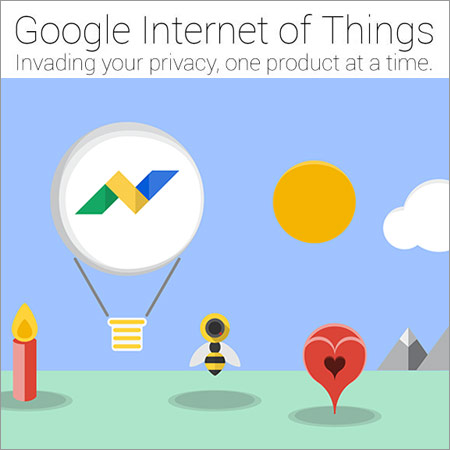 Google-nest.org by Peng! Collective – Germany
After the announcement of the purchase of Nest Labs by Google, German activists Peng! Collective has launched a funny and smart satirical website, google-nest.org, pretending to offer a series of new Google “products”, such as Google Trust, an insurance much more complete as much data are shared; Google Hug, a service that knows your personal mood and can find people nearby if you need to be comforted; Google Bee, a personnel drone for daily small tasks such as rubbish removal and Google Bye, to be remembered after death by loved ones through the shared data. The purpose of the parody was to emphasize how big companies as Google continuously collect and share internet users data without their consciousness. The mission of this Collective is focused on increasing the people awareness and “provoking using a non-aggressive humor”. 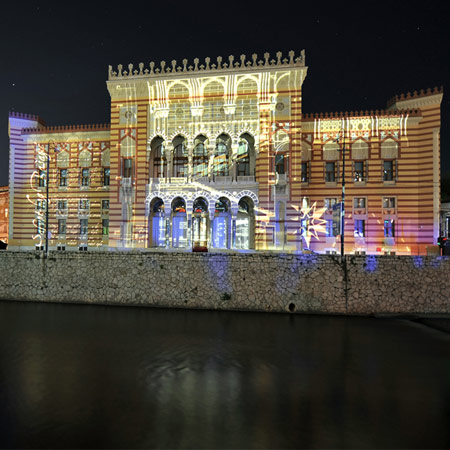 Sarajevo’s Library re-open – Bosnia
Sarajevo’s City Hall – housing the National Library – has been re-opened – 22 years after it was destroyed by shelling during the Bosnian War. The iconic building was hit by a mortar and burned down during the Bosnian Serb siege of the city in 1992. Almost two million books – including many rare manuscripts – were destroyed in 1992. The city hall – which was first opened in 1896 – was converted into the national library in 1949. It now houses the national and university libraries, the city council and a museum. The city hall was re-opened at a ceremony on the 9th of May (which is also the ‘Day of Victory’ over Nazi Germany), with 3D projections on its facade showing key moments in the history of the 19th Century building. 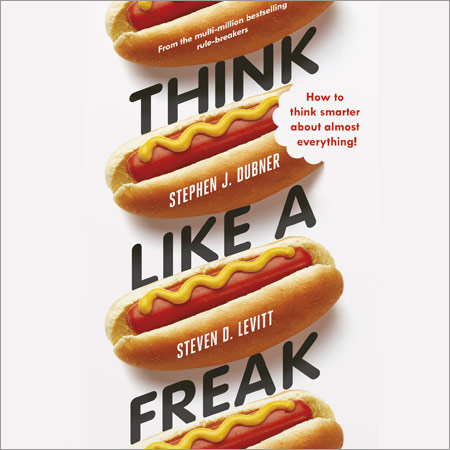 Book Think Like a Freak by Steven D. Levitt and Stephen J. Dubner
Think Like A Freak will take readers further inside this special thought process, revealing a new way of approaching the decisions we make, the plans we create, and the morals we choose. It answers the question on the lips of everyone whos read the previous books: How can I apply these ideas to my life? How do I make smarter, harder, and better decisions? How can I truly think like a freak? Steven Levitt and Stephen Dubner single-handedly showed the world that applying counter-intuitive approaches to everyday problems can bear surprising results. With short, highly entertaining insights running the gamut from “The Upside of Quitting” to “How to Succeed-With No Talent”, Think Like A Freak is poised to radically alter the way we think about all aspects of life on this planet. 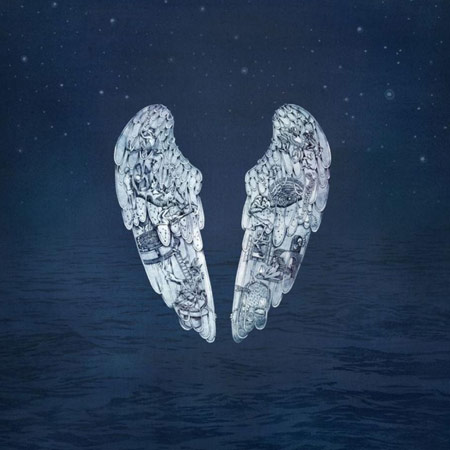 Ghost Stories by Coldplay
Ghost Stories is Coldplay’s 6th studio album, released on the 19th of May. The record is a very intimate and personal tale about the recent happenings in the life of the band, in particular referring to the end of the marriage between frontman Chris Martin and actress Gwyneth Paltrow. Mila Fürstová has created the album art. Mila is a Czech born, England based, award winning artist who works in the ancient technique of etching. Mila has gained a large following of collectors who know her for her exceptional technical skills and brilliance at creatively bending those techniques to produce works with entirely new methods, while always being grounded by her traditional training. The cover is a complex interpretation of the songs, where two angel’s wings are historiated with symbols, images, words, each one related to the key concepts of the album.