From Love to Bingo commercial by Getty Images – Brazil

The Big Shift by Marc Freedman 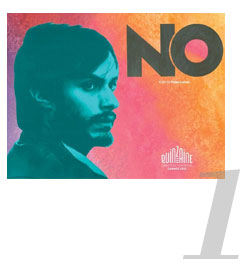 No by Pablo Larraín – Chile
At the last Cannes Film Festival, in the context of the Directors’ Fortnight, the Chilean director Pablo Larraín presented the world premiere of his latest film, simply titled No. Third in a trilogy about the history of Chile during the dictatorship of Pinochet, No follows the success of the movies Tony Manero and Post Mortem. The film tells the story of the 1998 referendum, an event that started the slow end of the Chilean dictatorship. The viewpoint is that of Rene Saavedra, brilliant creative director in charge of conceiving and coordinating the advertising campaign against the dictatorship, whose slogan – now historic – is Chile: la alegria ya viene. 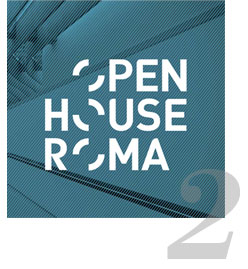 Open House – Rome
Also Italy has became part of the Open House Worldwide Network. This year for the first time, during the weekend of 5 and 6 of May the free Open House event was organized in Rome by the cultural Association Open City Roma. A series of events organised worldwide once a year, in different cities like London, New York, Tel Aviv. The urban territory is so revealing to its inhabitants: in fact, a large number of public or private building (from architects offices to designers’ houses, from public buildings like the railway station or the University to historic buildings and libraries) were opened to people with guided tours on a regular basis. Many workshops were dedicated to the young. The aim of this initiative is to facilitate the approach to the architectural culture and to its values, in the private and public fields, through a direct experience. Local governments are going to consider it as a good project for the development of tourism. 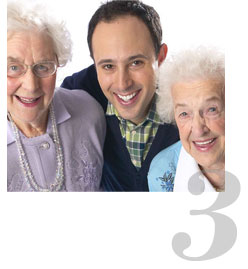 Beryl and Betty – Sony Radio Academy awards – London
On May 13th, at a combined age of 175 years old, the duo Beryl Renwick, 85, and Betty Smith, 90, have become the Sony Radio Academy awards‘ oldest ever nominees for the best entertainment of the year. With a mix of easy music, saucy, end-of-the-pier-style, local history and reminiscences of, for example, the unfortunate shortage of sugar during the second world war, the show at BBC Radio Humberside pulls in between 10,000 and 20,000 regular listeners each week at 6 pm, after the station’s Saturday football broadcast. “It’s been a word-of-mouth thing, really,” says its thirtysomething producer and co-presenter, David Reeves. He spotted the duo when they came on a guided tour of the studios and was immediately struck by their chirpy tone and cheeky voices.“I was interested in older people’s views, their stories, their opinions of new music” says David. Though, Betty and Beryl reply, “We are not old, we are recycled teenagers!”. 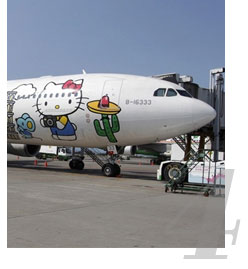 Hello Kitty theme aircrafts – Taiwan
The Taiwanese airline Eva Air has collaborated with Japanese toy maker Sanrio to customize three of its planes with the image of the worlds most famous cat: at the end of April Hello Kitty joined the fleet of Airbus A330 and A300 connecting Taipei, Fukuoka, Narita, Sapporo, Hong Kong and Guam. A project that, apart from the website, is visible right from the customers arrival at the airport: the travellers can check-in on “branded” electronic kiosks, and receive boarding passes and baggage tags displaying the image of this character. Once inside on plane, passengers can enjoy, from the comfort of their seats with the image of Hello Kitty, more than 100 “themed objects” designed for the airline, including lunch kits and toiletries. 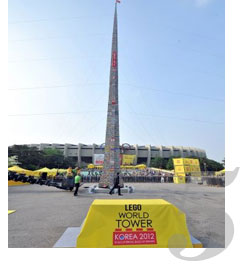 World’s tallest LEGO tower – Seoul
The world’s tallest LEGO tower was constructed at Seoul’s Olympic Stadium. Built to celebrate the 80th anniversary of Danish company LEGO, the mega-construction – which used a cross formation at the base for stability – even required a hydraulic platform to complete. With over 50,000 bricks, 4,000 young contest winners, spent five days building in an event that attracted more than 30,000 visitors. The build took place outside the Olympic City stadium in Seoul. On Sunday evening, the Crown Prince of Denmark placed the final, record-breaking brick on the tower that reached 31.9 meters. There’s a reason for Lego to celebrate its birthday in South Korea. The bricks are hugely popular in the country, having become the number one branded toy sold there. 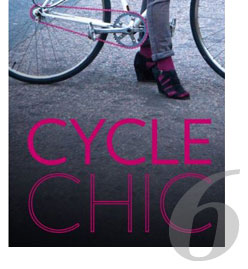 Cycle Chic di Mikael Colville-Andersen – Copenaghen
Mikael Colville-Andersen, founder of the cycling fashion blogs, Copenhagen Cycle Chic and Copenhagenize (which went viral in 2006, and now there are “cycle chic” blogs in São Paulo, Mexico City, Tokyo, Vancouver, New York, Budapest and more) has a new book out that documents the powerful return of the bicycle to our streets. Cycle Chic, features hundreds of pages of candid colour street photographs. There are girls from Copenhagen cruising the Danish streets in style on their bikes. There are dapper looking gents riding in suits. There are mothers, families, and little kids on bikes. There are Summer cyclists, cyclists in the snow, old and some very young cyclists. Targeted at the style-conscious and urban tribes of all stripes, the hundreds of images in this collection curated by Colville-Andersen present a charismatic combination of individual style and practical function and demonstrate how far cycle attire has moved beyond Lycra.

Takeshi Miyakawa arrested and charged for reckless endangerment – New York
The artist and furniture designer Takeshi Miyakawa was placed under arrest for setting up illuminated “I Love New York” displays in Booklyn. The pieces consisted of a battery-powered flashlight stuffed into a plastic bag with the familiar “I Love NY” logo on it, which were then dangled from a wire in public spaces. The first piece was found dangling from a tree and reported by a caller as a suspicious package. As a result, the area was evacuated for two hours as the bomb squad investigated the bag. Miyakawa was found on a ladder in the same neighborhood near a second piece , where he had tied a similar bag to a lamppost. He was arrested and charged with two counts of reckless endangerment. An artist’s friend, said that “The reason he did this was to lift people’s spirits.He was simply trying to say that he loves the city and spread that attitude around.” 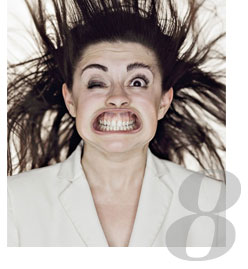 Blow Job by Tadao Cern – Vilnius
The Lithuanian photographer Tadao Cern, during the Design Weekend in Vilnius, organized an open day at his studio and produced a series of photographs really original and surprising, that in the days following have literally flooded the web. Visitors were invited to be immortalized when they were hit by a powerful jet of air, which distorted his features. The series of portraits called Blow Job, collects more than one hundred photographs collected in the Behance artist profile. A simple idea that has involved many individuals who have lent themselves to the creative play without fear of appearing ridiculous and unrecognizable. 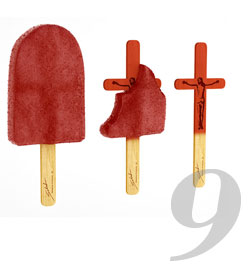 Christian Popsicles by Sebastian Errazuriz – New York
Sebastian Errazuriz, artist-designer from Chile, presented in the R’Pure Gallery in New York during the Design Week 2012 his new limited edition art work: the holy wine Christian Popsicles. For the 100 popsicle sticks the artist used frozen red wine on custom wood cross sticks featuring a laser engraved Jesus figure, that were brought to the church concealed inside a cooler and blessed by the priest while turning wine into the blood of Christ during the Eucharist. The uniquely designed popsicles were distributed as cocktail refreshments to the art gallery attendants. 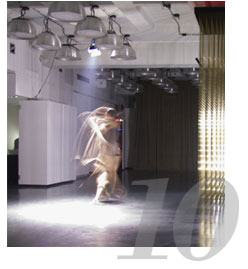 Future Self by rAndom International – MADE space – Berlin
Interactive designers rAndom International have created a lighting installation – Future Self – that can map and replicate human movement. Located at the MADE exhibition space in Berlin, the project was presented as part of a dance performance coordinated by choreographer Wayne McGregor and composer Max Richter. Two dancers took to the stage physically communicating with one another as well as with their own reflections through a sculptural monolith which is composed of aluminium, custom electronics, 3D cameras, LEDs, and brass rods. Their performance unified dance, music and artwork with the human form in an immediate experience for the audience, offering a full introductory sequence to ‘future self’.