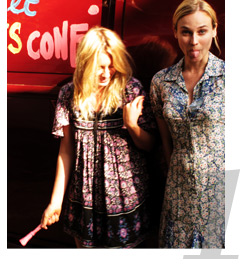 Pieds nus sur les limaces (Lily Sometimes) by Fabienne Berthaud
The film Pieds nus sur les limaces (international title: Lily Sometimes) by Fabienne Berthaud wins the prestigious Art Cinema Award from the Directors’ Fortnight in the 63. Cannes Film Festival. The protagonists are Ludivine Sagnier and Diane Kruger and the film tells the story of Clara, a woman who after the death of the mother must leave Paris to devote herself to eccentric younger sister Lily who has built throughout the years a sort of universe in which she flees. The sister tries to help and support her decision to live alone in Provence, in the family home and despite the various problems that arise their relationship grows stronger and involving. And with time Clara understands that normality is an extremely subjective notion. 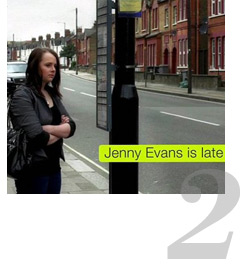 First TV ads for abortion services – Channel 4 – UK
For the first time on UK television a campaign for unplanned pregnancy and abortion advice was screened. The advertisement by Marie Stopes International (an abortion advisory organisation), a 30-second film shown on Channel 4 on the 24th of May, does not mention the word abortion but asks “Are you late?” and points those facing an unplanned pregnancy to Marie Stopes International’s 24-hour helpline. Marie Stopes, which is run on a not-for-profit basis, says callers will be given “non-judgemental support, advice and services”.Despite the controversy, the advertisement got the authorisation because the Advertising Standards Authority (ASA) said non-commercial providers of post-conception advice services had long been permitted to run advertisements. 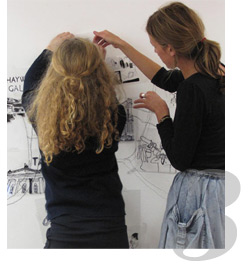 Louis Vuitton Young Arts Project
The Louis Vuitton Young Arts Project is a three-year arts and educational programme which aims to give more than 200 underprivileged young Londoners an insight into the contemporary art scene. In partnership with five leading art institutions – Tate Britain, South London Gallery, Whitechapel Gallery, Hayward Gallery and the Royal Academy of Arts – the programme will give people aged between 13 and 25 real access to the inner workings of the art world. It aims to provide the participants with the skills and experience necessary to pursue a career in the arts: as curators and press officers, as well as artists. The project embodies the brand’s creative spirit and its long tradition of arts patronage, as well its ongoing commitment to corporale social responsibility and to London. 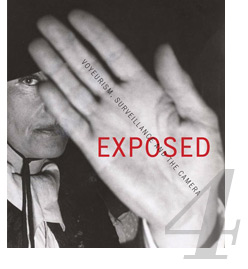 Exposed exhibition – Tate Modern – London
Exposed offers a fascinating look at pictures made on the sly, without the explicit permission of the people depicted. With photographs from the late nineteenth century to present day, the pictures present a shocking, illuminating and witty perspective on iconic and taboo subjects. Beginning with the idea of the ‘unseen photographer’, Exposed presents 250 works by celebrated artists and photographers Much of Exposed focuses on surveillance, including works by both amateur and press photographers, and images produced using automatic technology such as CCTV. The issues raised are particularly relevant in the current climate, with topical debates raging around the rights and desires of individuals, terrorism and the increasing availability and use of surveillance. Exposed confronts these issues and their implications head-on. 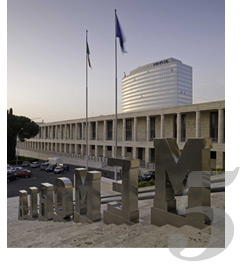 Labirinti di Memoria (Memories Labyrinths) exhibit by Chiara Dynys – Central Archives of the State – Rome
Past meets present and together contribute to build Labirinti di Memoria (Memories Labyrinths), which are shaped in Chiara Dynys artwork. Installations, video-projections and interactive artworks take you into the Italian Central Archives of the State in Rome open, for the first time to everybody, offering the possibility of entering. The artworks, new and especially created for this place, lead the spectator into a physical and emotional path and toward the rediscovery of fundamental events of the Italian History, but also toward the discovery of the micro personal histories behind it, held inside the millions of the Archive’s documents. 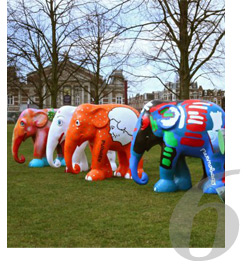 Elephant Parade – London
Elephant Parade is a conservation campaign sponsored by companies like, for example, British Telecom and celebrities to face the urgent crisis of the endangered species of the Asian elephant. Promoted by Elephant Family, the event sees over 250 brightly painted life-size elephants located over the most celebrated spots in central London this summer, from May to July 2010. Each piece has been decorated by a different artist or celebrity, among others Manish Arora, Tord Boontje, Terence Conran, in bright colours that shine in every park and street corner. With an estimated audience of 25 million, the Elephant Parade aims to raise £2 million for the Asian elephant. All the elephants are for sale by auction; mini-elephants are available at Selfridges and Greenwich Central Market or at the Elephant Parade Online shop. 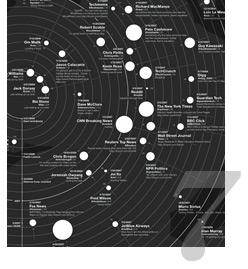 Cosmic 140 by iA Information Architects – Japan
On March 21, 2006, Twitter’s founders published their first tweets. If we look at that moment as a big bang of influence in the ever-expanding Twittersphere, how does Twitter’s cosmos look today? Web design studio Information Architects aims to answer that with an enormous visualization of the Cosmic 140, or the 140 most influential users on Twitter. The map may look a bit chaotic at first, but it’s not. The founders of Twitter are at the very center of the “galaxy”; longtime Twitter users are closer to the middle, and the two circles for each user represent list volume and the number of followers respectively. Additionally, you can see the first tweet of each user on the map. As hard as it is to determine the exact level of influence of individual Twitter users, the visualization is an amazing sight to behold. 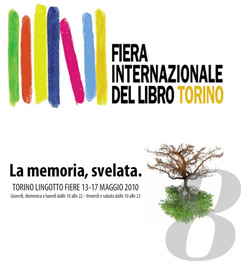 India honorary guest country – International Book Fair – Turin
At the Turin International Book Fair India was honorary guest country. Many events and personalities were involved: as well as writers and novelists, there were also historians, journalists, ecologists and economists. And writers appreciated in the West, including Kiran Desai and Anita Nair, and also Vikas Swarup, the diplomat-writer whose novel Slumdog Millionaire was the story board for the famous prize winning film. There were writers of social issues such as Indra Sinha (who dedicated a novel to the disaster of Bhophal), Tarun Tejpal, Altaf Tyrewala, Kiran Nagarkar, Satwik Ambarish. Female presence was significant, with emerging writers such as Tishani Doshi, Roy Anuradha, Radhika Jha, Namita Davidayal and Shobhaa Dé. Also feminist activist Sampat Devi, founder of the movement of the “ Pink Sari”. 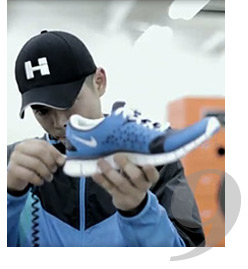 “Nike Music Shoe” Commercial – Japan
To promote their Free Run+ and their ultra flexible sole, Nike’s Japan department put together an interesting video entitled “Nike Music Shoe”. Nike and agency Wieden+Kennedy filmed a secret live performance that was held in Tokyo. The protagonist is the Hifana duo, playing music with Nike running shoes which have been customised and transformed into real technological music instruments. The effect is so strong that the clip ends with this statement: “The Nike Free Run+ is absolutely a running shoe. Shoes sold at retail will NOT make music when bent or twisted”. 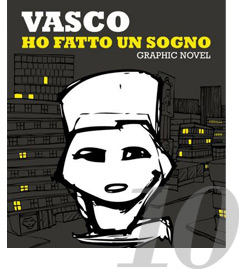 Graphic novel “Ho fatto un sogno “(I had a dream) by Vasco Rossi – Italy
Vasco Rossi has set aside for a while the microphone, and in collaboration with a group of professionals, has turned his song “Ho fatto un sogno“(I had a dream) in a graphic novel published by Rizzoli Lizard. The story is set in a future where the minds of the population are controlled by an authoritarian regime that condemns all forms of dissent and where the population is obliged to be happy. The ‘creative resistance’ will be organized secretly, underground, led by the same Vasco Rossi. To accompany the publication (strictly white, black and yellow acid) was made a real animated short film duration of 5 minutes.