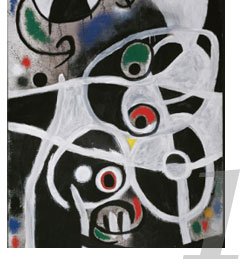 España 1957-2007: from Picasso, Dalì, Mirò, Tapiés, to nowadays – Palazzo Sant’Elia – Palermo
España 1957-2007, Is among the most important shows on Spanish art that were organised in the last few decades. 1957, when the El Paso group composed, among others, by Antoni Tapiés, was established, marked a radical change in Spanish art, bringing to international recognition the dramatic darkness of the Spanish Genius Loci. However, the exhibition also includes a selection of works by the likes of Pablo Picasso, Joan Mirò, and Salvador Dalì, who continue to represent a significant point of reference for younger generations of artists, and are deeply rooted in the tradition of the past, notably the 17th Century, with Cervantes’ Don Quixote and the Baroque tradition. The exhibition, therefore, is not organised chronologically but divided into sections, namely: Tragic Quixotism, Pagan Mysticism, Baroque Existentialism, Spanish Tenebrism, Symbolic and Formal Abstraction. 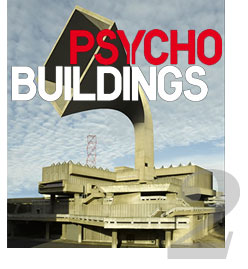 Psycho Buildings: Artists Take on Architecture – The Hayward – London
Ten artists are transforming the Hayward gallery’s indoor and terrace spaces for its 40th anniversary summer show. Psycho Buildings, which runs until August 25th, takes visitors on rowing boats, through spooky doll’s houses and past an apartment caught mid-explosion, all in tribute to the iconic brutalist building. It is an experimentation with architectural environments, proposing habitat-like structures and architectural environments that are mental and perceptual spaces as much as physical ones. Viewers enter and explore a series of atmospheric, spatially dynamic constructions that use light, colour, smell and design to trigger profound visceral responses that heighten their attention to the relationship between the individual and their surroundings. 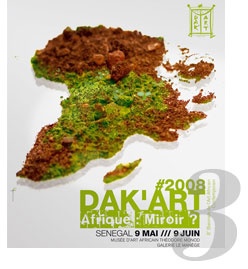 Femme Mauresque by Gharrach Mourad – African art Biennal Dak’Art – Senegal
There was a scandal at Dak’Art – the 8th edition of African Contemporary Art fair – for the photo exhibition of Gharrach Mourad, a Tunisian artist born in Paris. His scandalous photo called “Femme Mauresque” shows a beautiful woman dressed in the classic Muslim burqa with a naked breast. A discussion arose from this exhibition and the artist explained his point of view: “With this photo I wanted to deny the vulgarity of western nude and at the same time the vulgarity of the Muslim burqa. It’s the first time that nude appears together with burqa. But it’s the synthesis of my two cultures”. 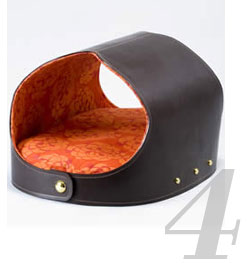 Loop doghouse by Gaia & Gino
Gaia & Gino, is a design company founded in Istanbul by Gaye Cevikel, which proposes innovative home objects and tableware products. The brand name was inspired by the founder’s nickname, Gaia, and her dog, Gino. A new line of products, entirely dedicated to canine products was launched during the ICFF (New York Furniture Fair) back in 2006, created by California College of Arts students under the direction of designer Yves Béhar. The “Gino the Dog” collection includes porcelain food bowls, glass bones and leg covers (to protect chairs from dogs “chewing” habits). A new luxurious model of indoor doghouse made of genuine white leather with bright red cushions was presented this year during the second week of the ICFF event program, giving a whole new meaning to the phrase “it’s a dog’s life.” 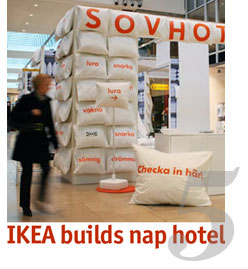 Sovhotell Ikea – Stockholm
Ikea set up a Sovhotell (sleep hotel) in one of Stockholm’s downtown shopping centers that offers a form of respite to the tired shoppers of the mall: a completely white stand, with its outside completely covered in soft pillows. At check-in, guests are asked their favorite sleeping position: on their stomach, side or back, and are given a pillow that suits their personal sleeping style. In addition to single or double beds, a bridal suite is also available. Guests are welcome to snooze for 15 minutes, and are given eye masks and headphones with soothing soundscapes. It’s a great example of the tryvertising trend. 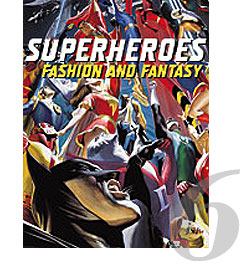 Exhibition Superheroes: Fashion and Fantasy – Metropolitan Museum of Art – New York
The Costume Institute of the Metropolitan Museum of Art of New York has recently opened an exhibition called Superheroes: Fashion and Fantasy. Sponsored by Giorgio Armani and Condè Nast, the exhibit displays over 70 outfits created throughout the years by prestigious fashion designers (such as Bernhard Willhelm, Walter Van Beirendonck and John Galliano), revealing a new point of view on the superhero figure: superpowers and costumes are in fact seen as a metaphor of fashion itself, since they can change as the styles of fashion and change the identity of the wearers. 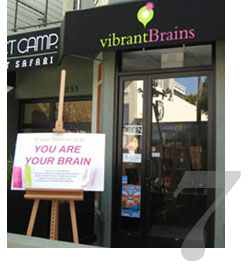 vibrantBrains – San Francisco
Lisa Schoonerman and Jan Zivic have formed vibrantBrains to bring brain exercise to the San Francisco community. Jan and Lisa are committed to providing brain workouts to make our lives–and brains–more vibrant. VibrantBrains offers invigorating, scientifically based training programs in a casual, enjoyable setting, partnered with Posit Science™ to offer the clients a unique opportunity to participate in a training program designed to improve memory, alertness and understanding skills in adults. A team of neuroscientists and other dedicated people at Posit Science™ developed the program to help people live life to the fullest at any age. We would like to invite you to join this program. 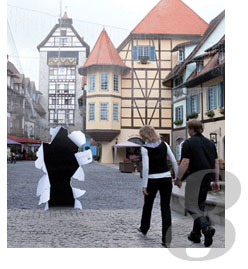 HP Advanced Photo Paper campaign – Malaysia
The latest campaign is realized by Publicis, Malaysia to give the impression that someone actually walked through a gigantic piece of paper and caused it to tear. Several of these standees were then placed at strategic locations to demonstrate to passers-by that what’s real to their eyes is actually a reproduction using HP Advanced Photo Paper. Some of the campaign subjects, such as the French village named Colmar, were chosen in order to stress the difference with the cosmopolitan life in Kuala Lumpur. 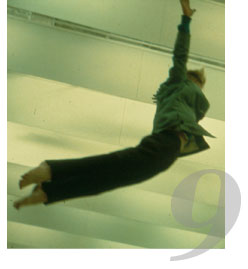 The Great Game to Come – Frankfurter Kunstverein – Frankfurt
From 13th to 21st of May, in order to celebrate the forty years of the ’68 Revolution, the Frankfurter Kunstverein has been transformed into a playground. Children, adolescents and adults were invited to experiment in Art, feeling free as it happened during that revolutionary period, participating actively in the process of developing an artistic project that was born exactly in 1968 in Stockholm, by the creative idea of the danish artist Palle Nielsen. During this project the Kunstverein has also provided information about the historical project, offering to the public various sources of documentation. 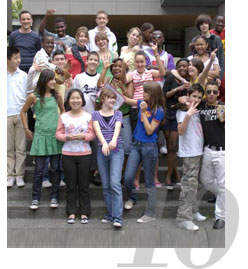 Entre les murs (The Class) by Laurent Cantet – Cannes Film Festival
At the closing ceremony of the 61st Cannes film festival, the red carpet was overrun by teenagers, the young stars of the Palme d’Or winner, Entre les Murs. Directed by Laurent Cantet, the film follows a year in the life of a French schoolteacher working in a tough multi-cultural section of Paris. Based on a best-selling autobiographical novel by François Begaudeau, who plays the main character, Entre les Murs is brought alive by the performances of the non-professional actors playing the students. The movie comes at time when problems in overcrowded French schools and youth violence have become hot political issues. The movie shows a naturalistic portrayal of the energy and high tension of the classroom as well as its exploration of universal themes of race, individuality, and truth.