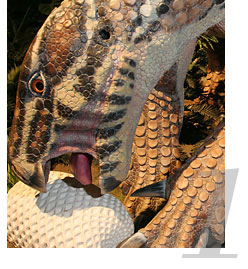 Creationism Museum – USA
The first creationism museum opened in Petersburg, Kentucky. Dinosaurs frolic with Adam and Eve in the Garden of Eden and an animatronic Noah directs work on his Ark in a multimillion dollar museum, which was built for a specific purpose: refuting evolution and expanding the flock of believers in a literal interpretation of the Bible. The founder, Ken Ham, an Australian science teacher, is sure that in a country like USA, divided over the origins of the universe and battling in the courts to bring creationism into classrooms, the potential audience of the creational museum is huge. 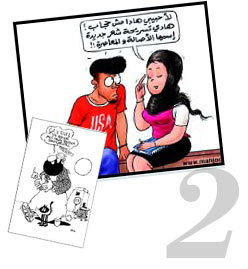 Yalla Italy
Yalla Italy (Go Italy) – starting from 26th of May – is the monhly dossier, sold with the weekly magazine Vita that diffuses the No-profit culture. It is managed by a group of students, sons of immigrant from Arabic. The dossier shows the students point of view, with a great feminine presence. They refer to the experience of integration started in the past years in the University of Milan into the equipe of Professor Paolo Branca, Arabic literature teacher of the Catholic University of Milan. The first number is dedicated to humour in the muslim world. 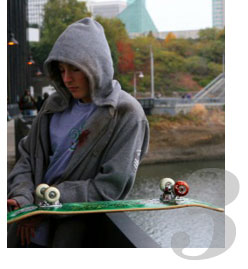 Paraanoid Park by Gus Van Sant
Gus Van Sant returns this year with Paranoid Park, a feature-length film in which the characters are once again teenage boys. This adaptation of Blake Nelson’s novel of the same name follows 16-year-old skateboarder Alex, who accidentally kills a security guard outside Paranoid Park, Portland’s most infamous skateboarding locale. When he decides not to tell anyone, he takes on a crushing burden of guilt. Shot in both super 8 and 35mm in Gus Van Sant’s hometown Portland. 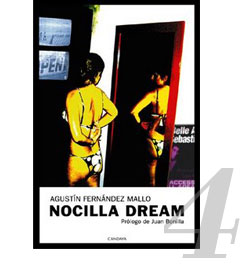 Nutella dream by Agustín Fernández Mallo
Nocilla Dream (Nutella Dream) is the first novel by the Spanish poet Agustín Fernández Mallo, the first release of a trilogy entitled Project Nutella (the books Nutella Experience and Nutella Lab are to follow). The book follows life through a composition of various narrative fragments (from poetry to blog) and a multitude of points of view and the experiences of characters who weave their stories with a general print described as ‘pop’. In Spain, Nutella Dream immediately became a hit and has the virtue of reuniting the best of conventional and experimental literature: A mix of references starting from the title of the work, between a familiar and daily element and a sophisticated literary vocation. 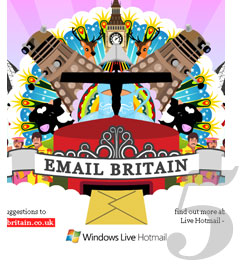 eMail Collection at the British Library – United Kingdom
The British Library in collaboration with Microsoft is to create the first ever archive of British e-mails. The “E-mail Britain” campaign, that ran throughout May, asked the public to forward a memorable or significant e-mail from their inbox. These messages will all be included in a digital archive and stored at the British Library for future generations. The library states that the E-mail Britain collection will provide an important snapshot of British life over e-mail helping to produce a unique social history catalogue of life in Britain today. The e-mails are to arranged under the following categories: Blunders, Life Changing E-mails, Complaints, Spam, Love and Romance, Humour, Everyday E-mails, News, World Around You, Tales from Abroad. 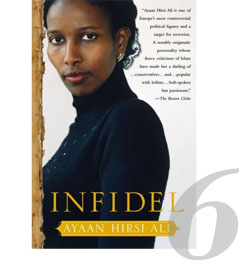 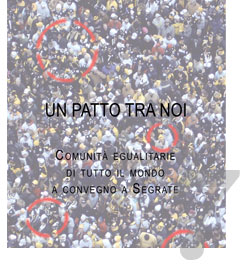 An agreement between us – Segrate – Milan
In Segrate a meeting took place in which participants where representatives of different communities in the world, each one bearing different language, culture and religion but all characterised by sharing individual wealth. Participants were, among others, catholic communities like Associazione Comunità e Famiglia (ACF) and Nomadelfia, British groups like Bruderhof, Sasa Kibbutz and the anarchic Comune of Bagnaia. Members, united under the Un patto tra noi (An agreement between us) sign, debated their experience of changing an utopia in reality. 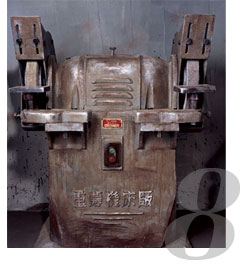 The Real Thing: Contemporary Art from China Exhibit – Tate Liverpool – UK
This is the first major exhibition in the UK, at the Tate in Liverpool, that demonstrates the depth and the range of artworks coming from China. The Real Thing presents some of the most interesting and important art made since 2000, as well as an opportunity to see the latest work by China’s leading artists. The Real Thing comprises a majority of works that are either shown for the first time outside of China, or were specially commissioned to young contemporary artists, largely based around Beijing and Shanghai, who have chosen to remain in China and to provide a point of view on the consequences of the country’s rapid economic and social changes. 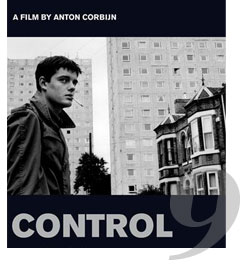 Control by Anton Corbijn
Control, an Anton Corbjin film about the life of Ian Curtis, leader of Joy Division, won the Quinzaine des realisateurs, in Cannes. The screenplay, based on the book “Touching from a distance” by Deborah Curtis, widow of Ian Curtis and co-producer of the film, has gained the Prix Regards Jeunes, usually given to first or second works, and the Prix Label Europa for the best European movie of the section. The actors are Sam Riley (Ian Curtis), also frontman of the band 10.000 Things, and Samantha Morton (Deborah Curtis), formerly actress of the U2 videoclip Electrical Storm by Corbjin. 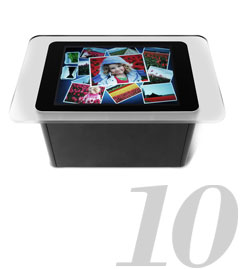 Surface by Microsoft
Surface is the first commercially available surface computer from Microsoft. It turns an ordinary tabletop into an interactive surface. The product provides interaction with digital content through natural gestures, touch and physical objects. Surface is a 30-inch display in a table-like form factor that’s easy for individuals or small groups to interact with in a way that feels familiar, just like in the real world. Surface can simultaneously recognize dozens of movements such as touch, gestures and actual unique objects that have identification tags similar to bar codes. The first partners for this projects are Harrah’s, Starwood Hotels, T-Mobile.