The Day After Tomorrow by Roland Emmerich

We Are The Future 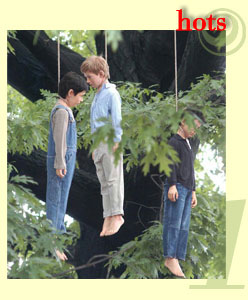 Untitled 2004 by Maurizio Cattelan – Milan
Fondazione Nicola Trussardi opened Maurizio Cattelan‘s latest project on May 5th in the presence of national and international press, art world professionals and representatives of institutions. The installation provoked immediate comment, stimulating criticism and controversy, and involving the entire city in a spontaneous debate at the site of the work to discuss the greater issue of violence in today’s world, the ambiguity of images of contemporary reality, and the relationship of the public with breakthrough public installation. The debate has continued in public and in the media even after the sculpture was vandalized on the evening of May 6th. Maurizio Cattelan’s installation — conceived and produced for Piazza XXIV Maggio in Milan — is no longer visible on site but will soon be shown again at the International Sevilla Biennial directed by Harald Szeemann. 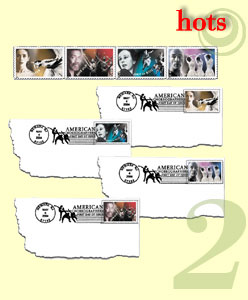 Commemorative postage stamps, USA
Four choreographers of the 20th century-Alvin Ailey, George Balanchine, Agnes de Mille and Martha Graham were honored by the U.S. Postal Service with commemorative postage stamps. These extraordinary american artists are vividly featured on the 37-cent postage stamps to be admired by audiences all around the world. The first-day-of-issue ceremony was on Tuesday 4rth of May and the event that took place at the New Jersey Performing Arts Center’s Victoria Theater featured live performances by the New York City Ballet, the Alvin Ailey Dance Theater and the American Ballet Theater. 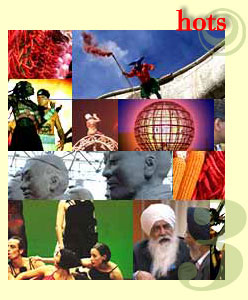 Universal Forum of Cultures, Barcelona
The first Universal Forum of Cultures is opening in Barcelona. Supported by Unesco, it has an impressive programme of events organised also by international and local institutions. Still, the event is not based of national representations: each artist will participate for him/herself, abolishing in this way all sorts of ideal barriers, political and geographical borders and cultural divisions. Some figures about the Forum: in the forum site specifically created for the occasion there will be 4 big expositions, 19 exhibitions, 423 concerts, 80 circus shows and street performances, 44 dance performances and hundreds of meetings, events and seminars. Besides those, other events are spread in the city: 20 exhibitions, 1500 shows, a Sea Festival and a Carnaval de Bahia. 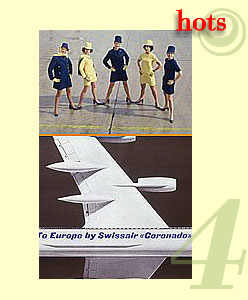 Airworld Design and Architecture for Air Travel, Weil am Rhein
The exhibition Airworld Design and Architecture for Air Travel showcases a selection of the most important examples of commercial aviation from its very beginning up to the present day. The show, presented in the Vitra Design Museum in Weil am Rhein, celebrates the aesthetics of aviation, from propeller planes up to the Boeing 747. Offering a unique design history perspective, the exhibition includes examples of airport architecture, cabin interiors and seats, graphic and fashion design are presented by means of models, drawings and photos. 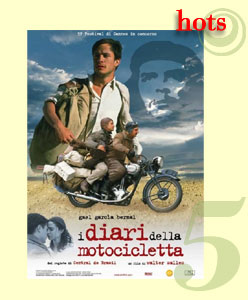 The motorcycle Diaries by Walter Salles
A sort of unusual road-movie, where the travel does not represent the escape from reality or from daily life, but it becomes a tool for the growth of political and civil conscience: an adventurous exploration of Latin America – on the rickety Norton 500 – that allows the two young friends to re-appropriate their origins and to discover themselves in direct contact with a reality made of poverty, backwardness, injustices and historical abuses. The portrait of the two young friends is touching and the image of Guevera is one of a restless young man, with a profound sense of justice and honesty, but still without a political conscience. The film was presented at the Cannes Festival. 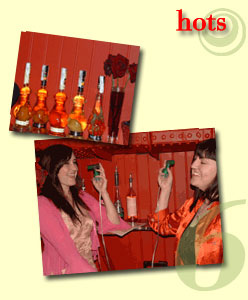 AWOL
One of the latest fads regarding cocktails and alcoholic drinks is contained in a vaporizer. A new machine has been proposed, able to mix alcohol with oxygen, obtaining a new kind of cocktail, not to drink but to inhale. The idea has being successful from the very beginning and in the UK there are already bars, like Il Bordello in Bristol, that can serve you an AWOL (alcohol without liquid) cocktail. People enjoy this new manner of taking alcohol because it promotes a mild euphoria, reduces the effects of a hangover and is calorie-free. But some already consider the AWOL cocktail as a new and dangerous drug. 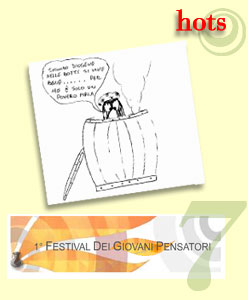 First Young Thinkers Festival, Maglie
The students of the high school liceo Capece in Maglie – province of Lecce in the Italian region of Puglia – with the support of their professor Ms Ada Fiore have thought of a new way of studying philosophy. With the involvement of technologies and contemporary languages (sms, e-mail, chat, radio, video, comics) they have read the classics of philosophy and debated them. A website is born out of this experience, but also a day open to all the students of the schools of the area: the first Young Thinkers Festival, during which the students can openly discuss about several issues. Four issues were presented in May this year: happiness, love, death and freedom. In this way, the students have brought philosophy back to its origins, that is the public exchange of opinions, more precisely, what the Ancient Greeks called agora, the marketplace. 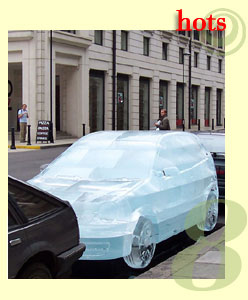 Polo Twist Ice, London
As part of a forthcoming advertising campaign Volkswagen created a life-sized ice sculpture of their Polo Twist model and parked it outside the Saatchi Gallery in Belvedere Road. The sculpture was made from 9.5 tonnes of ice imported from Canada, by a company which specialises in ice carving, The Ice Box. The Polo took around 350 hours to create, and was hand-carved by three sculptors in a freezer at -10 degrees. The final carving weighed around 8.5 tonnes, and was transported in 100 individually wrapped sections by ‘freezer freight’. Once installed in Belvedere Road it was gone within 12 hours. 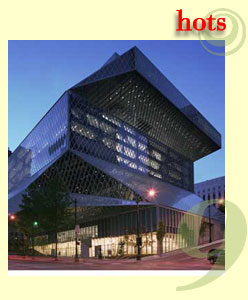 Seattle Public Library, by Rem Koolhaas – USA
The new Seattle Public Library, projeted by Rem Koolhaas (OMA), will house the library’s main collection of books, government publications, periodicals, audio visual materials and the technology to access and distribute information from the physical collection online. The building is divided into eight horizontal layers, each varying in size to fit its function. A structural steel and glass skin unifies the multifaceted form and defines the public spaces in-between. 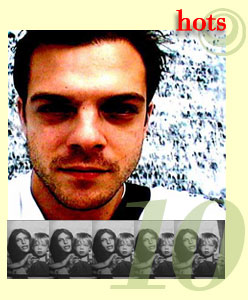 Tarnation by Jonathan Caouette
With Tarnation Jonathan Caouette has gone through the looking glass. And in doing this, he has broken it into pieces. The movie-documentary presented at the 36th Edition of the Quinzaine des Realisateurs in Cannes, already acclaimed during the last Sundance Film Festival, presents itself as a life experience, on the verge of an obsession that is not looked for or aestheticized ad hoc. A life pathway that through the catharsis of the autobiographical narration and the use of the film-documentary tool, launches with violence and sweetness at the same time pieces of life in progress. Extremely concrete, as extreme visionarism can sometimes be.