The Soul of a Man Soundtrack – Wim Wenders 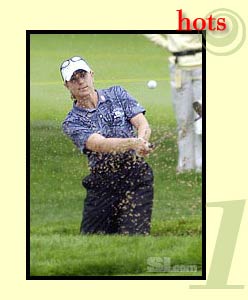 Annika Sorenstam, first woman at the man’s Pga golf tournament
The Sweden golfer Annika Sorenstam is the first woman in 58 years who will play the man’s Pga Tour golf tournament. She is the top-ranked women’s professional golfer, and her record is very difficult to reach. Between polemics and admiration she managed to reach her objective: confronting herself with men in the Bank of America Colonial tournament taking place at Forth Worth (Texas). 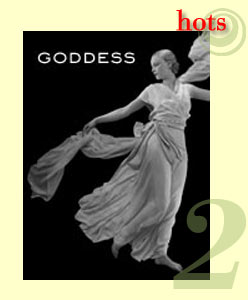 Goddess exhibition, The Metropolitan Museum of Art – New York
An exhibition that brings together influences of modernism and classicism with finishing touches of world-wide known fashion designers will be held at the Metropolitan Museum until August 3rd. The clothes selected by Harold Koda, curator of the Met’s Costume Institute, recall classical draperies and are displayed on mannequins with Roman profiles. An ode to femininity and purity, full of symbols like the Greek key pattern and sensuality, the Goddess exhibition is also tackling the theme of classical beauty. Goddess: The Classical Mode is the show’s accompanying book that gives an overview on the classical revival and costume history while Tom Ford states” The goddess look for women is like blue blazer for men”. 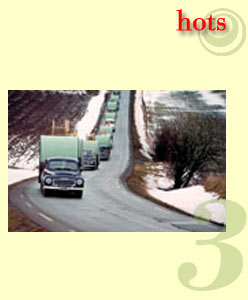 Kitchen Stories by Bent Hamer
Set in the 50′s, the movie talks, in an ironical way, about the failure of an experiment carried on by Sweden researchers in order to study the domestic habits of single men living in isolated Norwich villages, with the purpose of creating innovative household devices for the domestic use. In a cold and hostile nature, the difficult relationship between the observer and the object of study takes place: the researcher – a modern, city man – and the inhabitant of the small Norwich village – an old and bad-tempered man. The movie, based more on the comicality of situations than on the dialogue between characters, is a course on the failure of the pure rational approach of the research, but especially it is the story about the friendship and mutual respect of the two protagonists, as well as the story of the comprehension of a difficult world. 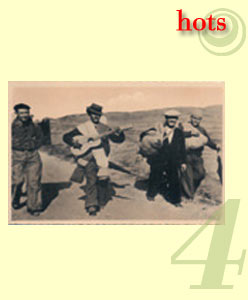 No pasarán, album souvenir by Henri-Francois Imbert
From the Quinzaine des realisateurs (Cannes Festival 2003) a totally different film made of black and white postcards, faded by the flow of time, and of just a few other documents: some more recent photos and short document-videos. A slow, almost whispered, narrative voice accompanies the reconstruction of a story that leads to the re-composition of the ‘History’, the one made by human beings and of which we often do not get the essential ‘details’. All this is combined with a personal story that is shaped slowly with a pace more related to an intimate dimension than to outside events. 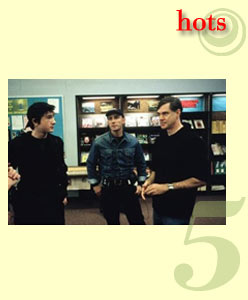 Elephant by Gus Van Sant
The movie Elephant of the US film director Gus Van Sant has made the jury of the 56th edition of the Cannes Festival so enthusiastic, that it received the Golden Palm and the best direction awards. In this courageous movie, initially created as a low-cost production for the TV channel Hbo, we can see the portrait of the tragic day of a group of adolescent Americans, with a clear reference to the massacre of Columbine high school in 1999. The movie, made with a rigorous style and sometimes hard, often with clear references to the Novelle Vague, emphasises a specific problem of the so-called “advanced” societies, like the American one. These are societies in which a young boy can tragically express and put his existential troubles into real holding a rifle in his hands. 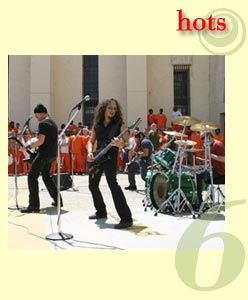 St. Anger – Metallica
The new album of Metallica is entitled St. Anger. The video of the title track was shot in the state prison of San Quentino, the oldest and best known prison in California. The images film Metallica during their performance, always surrounded by the prisoners, during their hour in the open air, during lunch time, or walking in the corridors towards their cells. It is a unique video, a kind of documentary talking about an event that is difficult to repeat. The day after the shooting of the video, Metallica made the gift of a real concert to the prisoners of San Quentino. 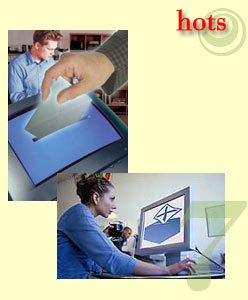 Electronic Elections in the UK
1.5 million Citizens in the UK were allowed to vote using electronic systems, during the recent local elections. The British pilot project, along with similar experiments made in Sweden, Switzerland and France arose the concern of the experts in IT security. The existing technology is not considered sufficiently safe, and it is thought to be subject to potential frauds that might heavily affect the result of the elections that are at the basis of all democratic processes. 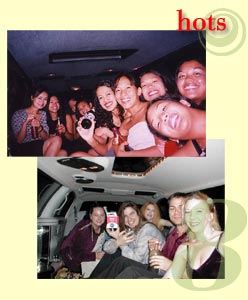 Limo Parties
Hot Spot”, “The last night out with the boys in an exotic limousine”, “Bachelor & Bachelorette Parties”: these are some of the claims crowding several websites that propose the Limo Party as an opportunity assuring safety – your chauffeur will take care of everything -, extraordinariness – they are “theme” Limousines – you spend time with a lot of friends – there is space for even fifteen people. All these characteristics quickly made the Limo Party become one of the most researched ways to party with friends with a target of teenagers from 12 to16 years of age. Birthdays, anniversaries, school parties are all celebrations becoming more and more important acquiring a feature of exceptionality among adolescents. From the Hispanic communities of Miami, to London, the Limo Party is a proof of how the entertainment destined to young people is becoming more and more similar to the model of adults. 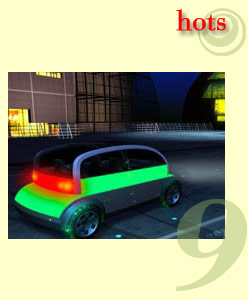 Ford GloCar Concept: a car that takes care of you
Ford is taking the art of color to a more intense level with a new concept car that uses LED lights to change body panel colors, intensity and frequency, all in the name of safety and user preferences. GloCar came about after extensive socio-cultural and technological trend research. The research determined five scenarios of the future: the unfolding universe, the mosaic society, the experiential society, the sustainable society and the caring society. “These scenarios were used to anticipate future consumer needs and provide solutions for new challenges the automotive industry might face,” said van den Acker. “The intended user is always the end user ­ the customer.” 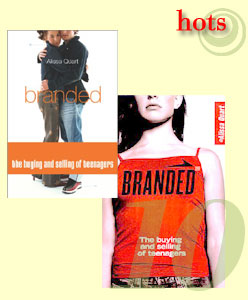 Alissa Quart, Branded
The book Branded written by Alissa Quart deals with the relationship of adolescents with the world of objects and consumption, proposing an interesting point of view on those occasions and phenomena that are based on the numerous influences and exchanges between the world of adolescents and the world of adults. The book analysis ranges from the style consultancy that 12 or 13 year-old girls make for the brands, to the big “debutants” parties, which have become occasions to show off and a challenge to the excess, in which families invest as much money as for a wedding.