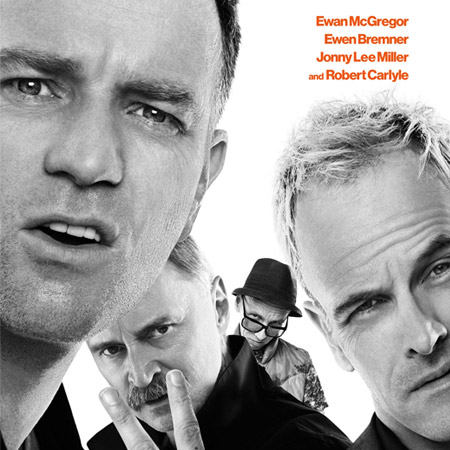 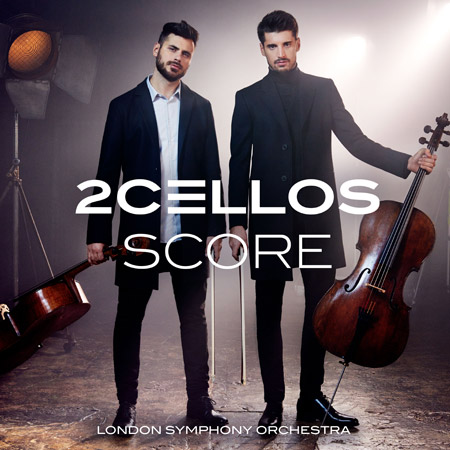 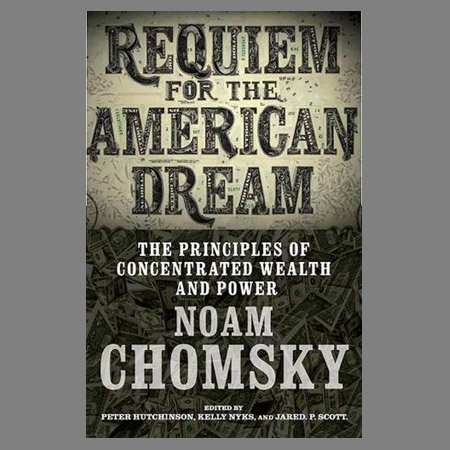 Requiem for the American Dream by Noam Chomsky 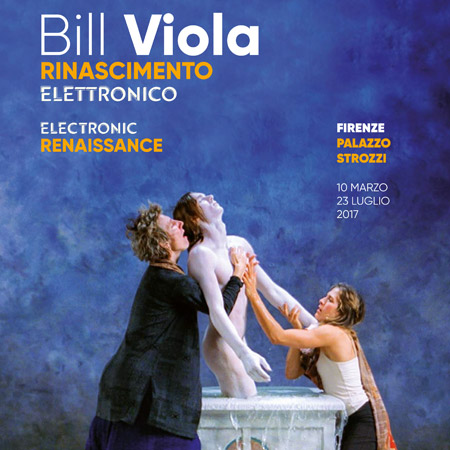 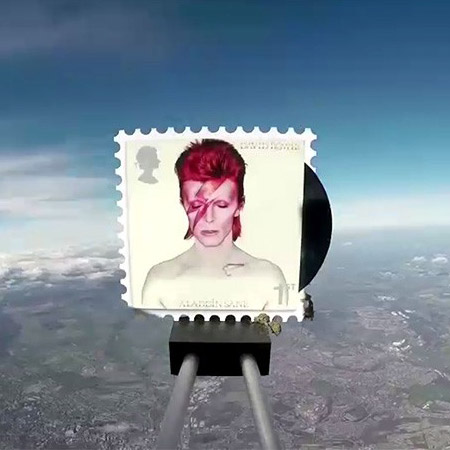 The stamps that fell to earth: Royal Mail launches Bowie stamps into space 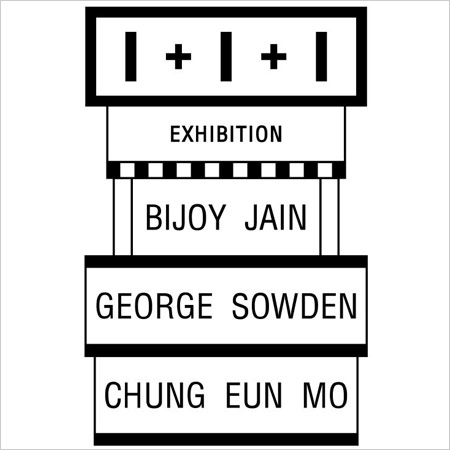 1+1+1 Eun Mo Chung + Bijoy Jain + George Sowden – Assab One – Milan
March 27th, straddling Miart and the Salone del Mobile, in Milan 1 + 1 + 1 inaugurated , a project of Elena Quarestani, edited by Marco Sammicheli. In the great spaces of Assab One, 1 + 1 + 1 stages the work of three authors, an architect, a designer and a painter and who with their works they have expressed their personal views on the proximity between art, architecture and design. In the three exhibitions, but the disciplines are canceled in favor of a search for expression that goes beyond the professions of the three authors and explores and experiences between different languages. Bijoy Jain, the architect, proposes the exhibition entitled Water, Air, Light, with interventions that engage in painting and sculpture. George Sowden, the designer, is one of the founders of Memphis and uses elements of its industrial production turning them into a series of large installations. His exhibition is called The Heart of the Matter. Chung Eun Mo, painter, use the space as a large canvas and emphasizes its expressive language architecture. The title of the exhibition is Shapes and Shades. 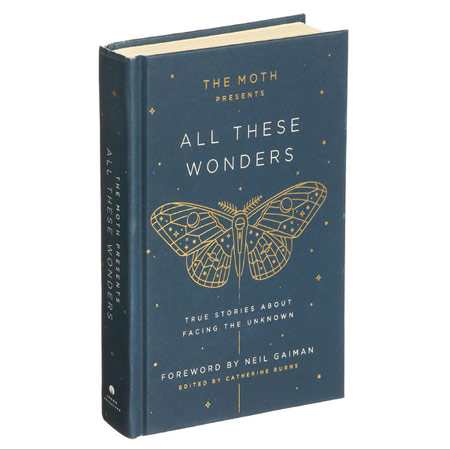 All These Wonders book by Catherine Burns and The Moth
The book All These Wonders, by Catherine Burns celebrates the 20th anniversary of storytelling phenomenon The Moth, whose mission is “to promote the art and craft of storytelling and to honor and celebrate the diversity and commonality of human experience” carried out with more than 500 live events held in 500 cities in the US since 1997 and more than 18,000 stories shared about many different topics. 45 unforgettable true stories are divided into seven expertly curated chapters talking about risk, courage, and facing the unknown, drawn from the best ever told on their stages. This anthology juxtaposes sensational stories by famous names (Ishmael Beah, John Turturro, Tig Notaro, Louis C.K.) with those by relatively unknown storytellers, whose narratives deliver the biggest emotional punches, such as an astronomer gazing at the surface of Pluto for the first time and an Afghan refugee learning how much her father sacrificed to save their family. 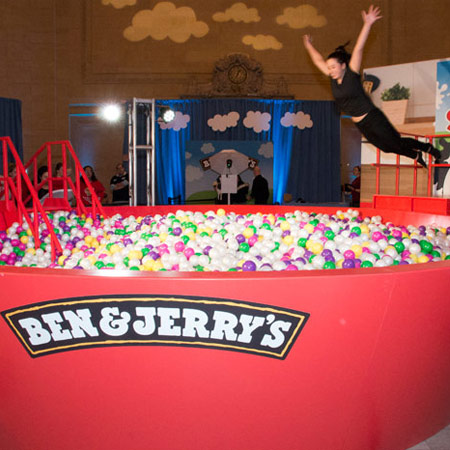 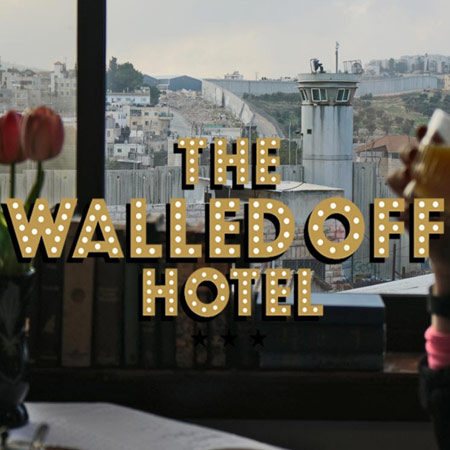 Walled Off hotel by Banksy – Bethlehem – Palestine
British artist Banksy opens the Walled Off hotel overlooking the Bethlehem wall. Located just opposite the wall separating Palestinian territories from Israel, according to the same author, it has “the worst view of any hotel in the world” and its 10 rooms have only 25 minutes of direct sunlight per day. But this West Bank response to the big hotel chains offers travelers something more than any luxury destination: it’s not just a hotel but also a museum, a protest and a gallery full of artwork, created by Bansky and by local and Middle Eastern artists. Banksy, who maintains anonymity, has known Bethlehem over ten years ago, leaving a series of paintings on the barrier that have become a tourist destination in their own right. The hotel, a former pottery workshop, whose dystopian colonian theme has also a nod to Britain’s role in the region’s history, relaunch Bansky’s artistic and political message. 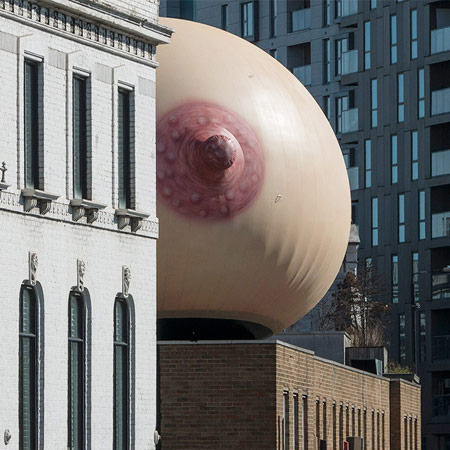 Free The Feed campaign by Mother London – United Kingdom
British independent creative agency Mother London hopes to bring awareness to the social stigmas surrounding #freethefeed breastfeeding with this massive inflatable breast. The team installed the breast in the Shoreditch district of London on March 26, Mother’s Day in the UK. It is part of the campaign movement focused on removing society’s fears and stigmas regarding breastfeeding in public. “It’s hard to believe that in 2017, UK mothers still feel watched and judged when feeding in public,” London Mother writes. “This was our Mother’s Day project. A celebration of every woman’s right to decide how and where they feed their children without feeling guilty or embarrassed about their parenting choices.” 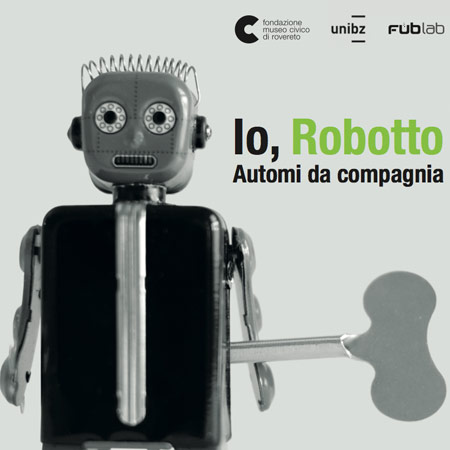 Io, Robotto (I, Robot) Exhibition – Civiv Museum Rovereto – Italy
The exhibition Io, Robotto (I, Robot), ongoing at the Civic Museum in Rovereto, traces the history of entertainment robotics, offering more than 90 different automata, specifically created for the enjoyment of young and old. Developed jointly by the museum’s director, Franco Finotti, and the journalist passionate about robotics Massimo Triulzi, this project offers a multimedia and interactive journey, enriched with deepening themes that contextualize the robots in their specific cultural scenarios, enhancing its diverse characteristics. The exhibition also includes a rich calendar of events, from educational robotics workshops to demonstration moments when the robots are put into operation. 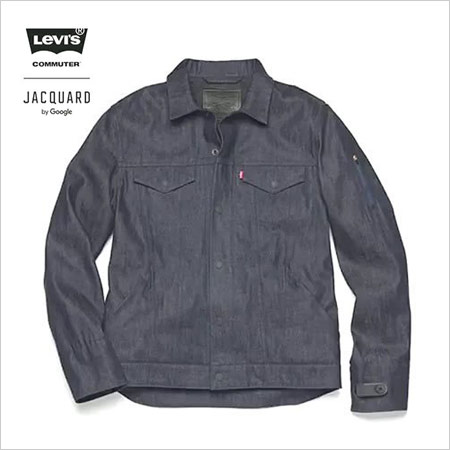 Levi’s Commuter and Jacquard by Google
The connected denim smart jacket made in partnership between Levi’s and Google’s ATAP division is announced at the SXSW festival in Austin and will be launched to the public this fall for a price of $350. The jacket is the first commercial product containing ATAP’s Project Jacquard technology, which uses conductive fabric to turn a standard article of clothing into a connected device. That surface allows the wearer to control certain actions on their device while wearing and engaging the jacket. The conductive interface on the left cuff of the sleeve acts as a touchscreen. The black strap next to that interface holds the battery, and the USB connecter to charge. The jacket contains standard features of existing Levi’s commuter Trucker line and designed specifically for urban cyclists, such as reflective strips that can be revealed for increased visibility or sleeve pockets that can be opened for better airflow. 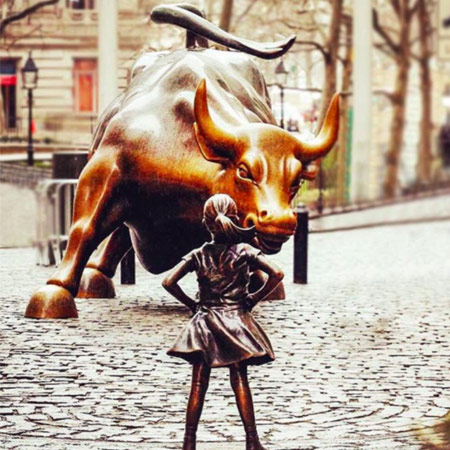 Fearless Girl sculpture by Kristen Visbal for State Street Global Advisors – Wall Street – New York
Fearless Girl is a bronze sculpture by Kristen Visbal depicting a defiant girl staring down the well-known Charging Bull (or “Wall Street bull”) statue. It was installed on March 7, 2017 by State Street Global Advisors on the eve of International Women’s Day (March 8), to celebrate the first anniversary of its “Gender Diversity Index” fund that “invests in U.S. large-capitalization companies that rank among the highest in their sector in achieving gender diversity across senior leadership”. Fearless Girl is meant to “send a message” about workplace gender diversity and encourage companies to recruit women to their boards. The sculpture’s installation is temporary; it was initially expected to stay in place at least several weeks, given a New York City Hall permit for one week that was later extended to 30 days. On March 27, it was announced that the statue would remain in place through February, 2018. 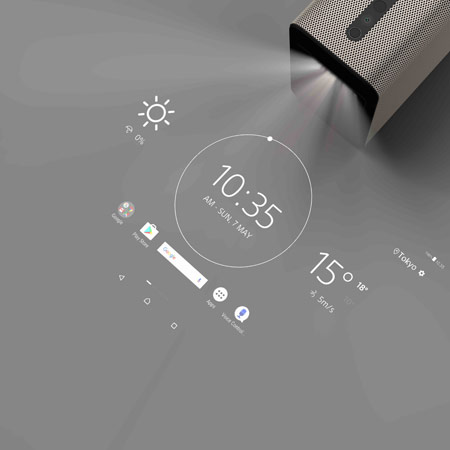 Sony Xperia™ Touch projector
Sony Xperia Touch, the interactive projector can basically make any flat surface, a 23-inch HD touchscreen with either horizontal or vertical ultra short-throw projection. The projector tracks your movements and touch on the given 23-inch surface through combination of Infrared light and real-time detection via its built-in camera, at a rate of 60 frames-per-second. The company claims that the touch experience is fast, fluid and responsive. It runs Android 7.0 Nougat, with a home screen optimized for touch, and has the Play Store so you can download and install any app you want. It provides real-time weather information, a memo board for doodles or videonotes, calendar access and a Skype™ portal for video chat and has all the facility of a common tablet such as access to calendar or weather information. Further, the Xperia Touch is also compatible with PlayStation 4 Remote Play and can run any game which is downloaded from Google Play Store. The Xperia Touch for sale at 1.499 euros. 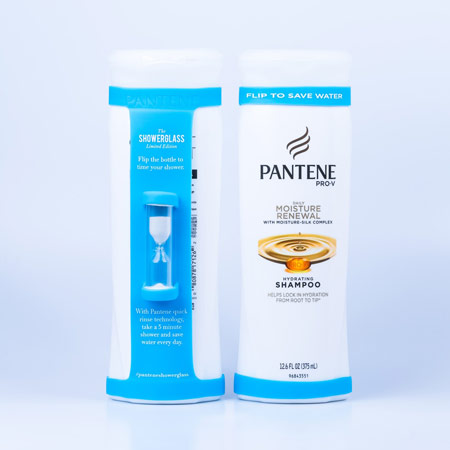 Pantene Pro V ShowerGlass – Pereira & O’Dell for P&G – United States
The theme of the United Nation’s 2017 World Water Day on March 22 is wastewater and also Why Waste Water?. P&G’s Pantene, a product for whom water is integral, has come up with a water conservation solution: a limited edition ShowerGlass bottle at supermarket locations in Los Angeles. With a call to action of “Flip the bottle to time your shower,” the Pantene Pro V bottles carry a five-minute hour glass timer strapped onto the bottle with a silicon band. The campaign from Pereira & O’Dell has received requests to bring the campaign on other parts of Southern California. The campaign also offers positive advice on water-saving tips. Various California government agencies estimate that limiting showers to five minutes could save 12.5 to 25 gallons per person per shower.